Although Toyota has not launched an all-new model for over a year, the Japanese automaker is refreshing its existing line-up with special models called GR Sport.

During the past year the GR Sport badge has been introduced to models such as the Corolla, Corolla Cross, Hilux Revo and Fortuner.

The Fortuner is a PPV (Pickup Passenger Vehicle) that is a derivative of Toyota's IMV (Innovative International Multi-Purpose Vehicle) platform that also includes the Hilux pickup and Innova MPV. These models all come with a ladder frame chassis and are either RWD or 4WD.

The first Fortuner was first introduced in 2005 and became a big hit among Thai buyers -- the second-generation came in 2015 and still remains today. While the third-generation model has yet to arrive, Toyota reckons that the GR Sport treatment will be beneficial in energising the current Fortuner line-up. 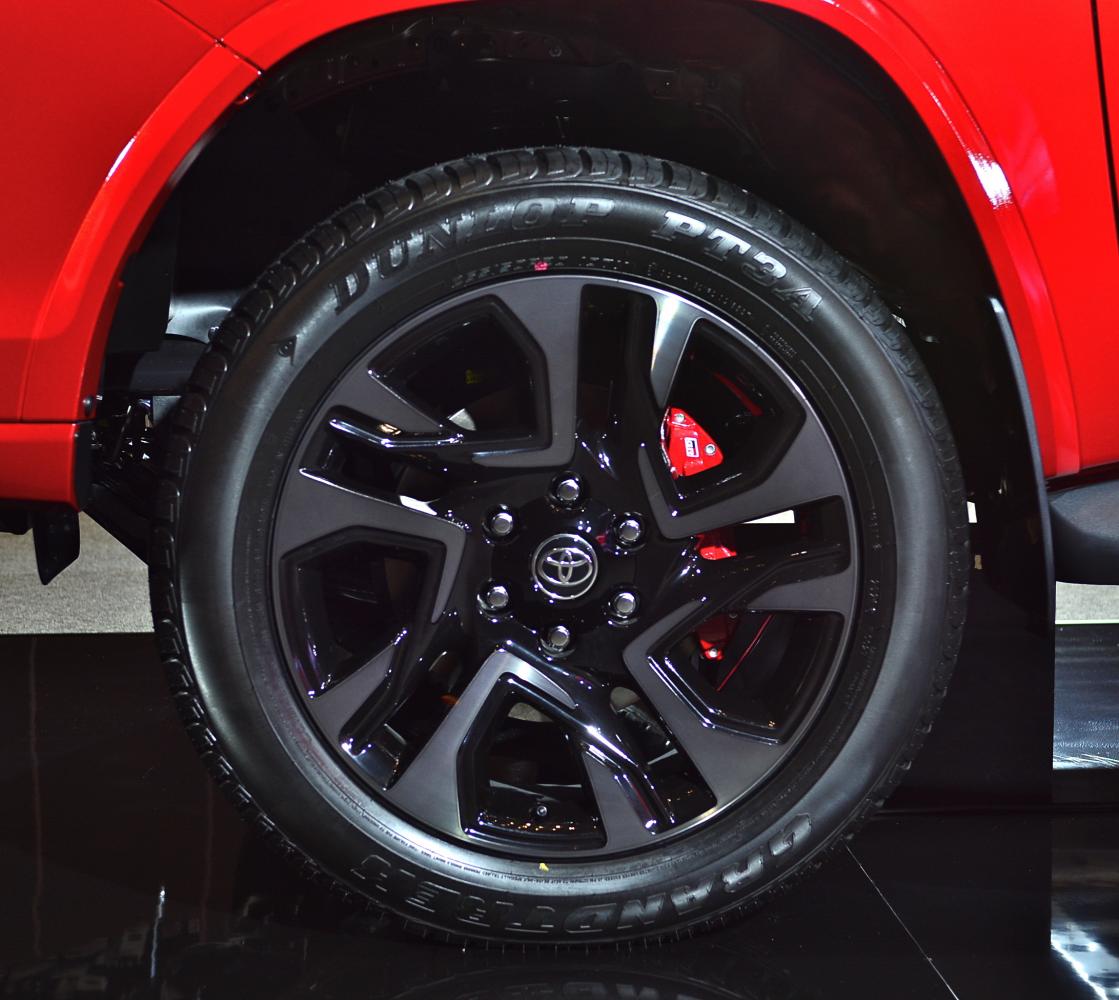 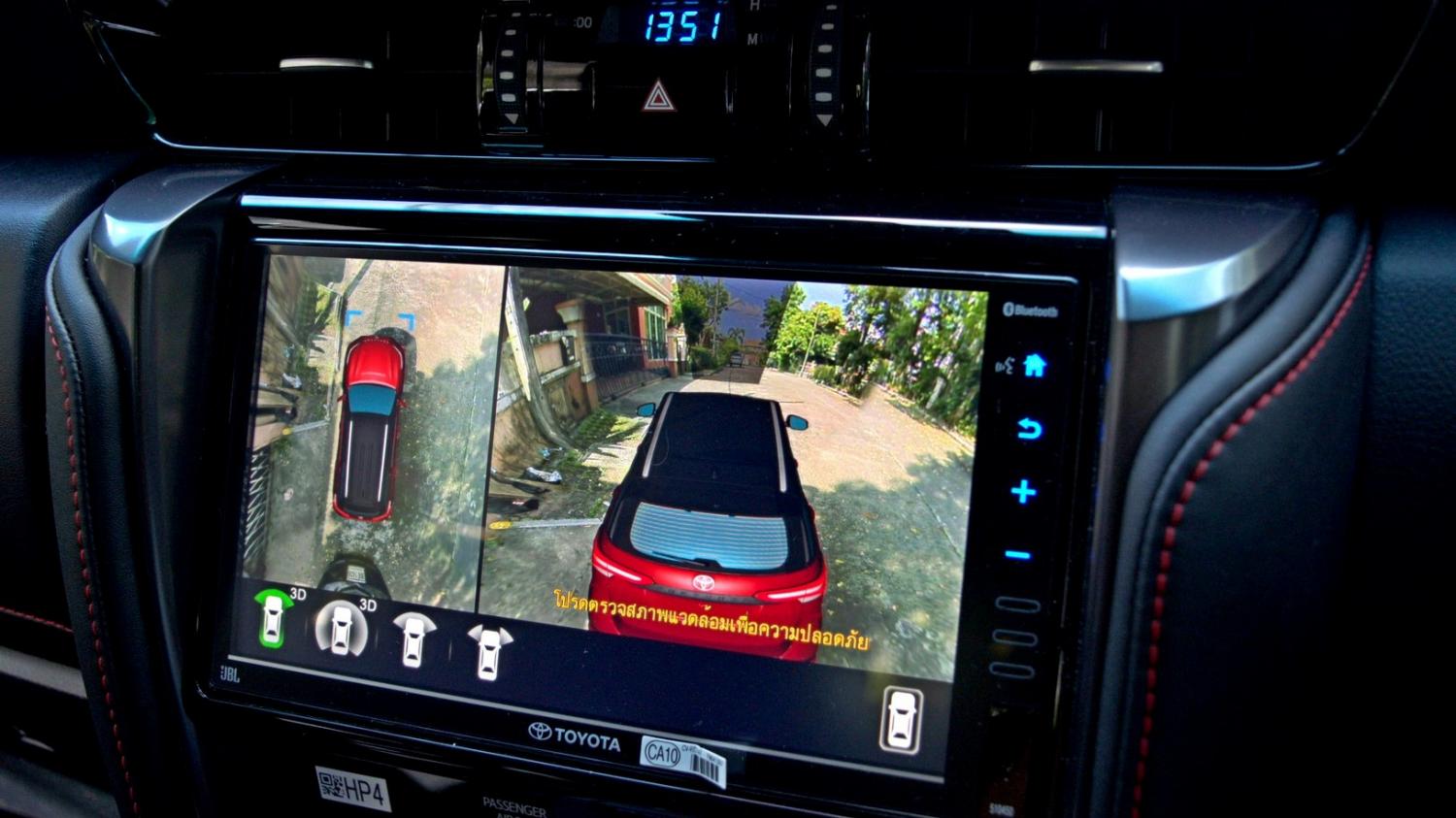 The Fortuner started a new trend for PPVs. But it's arrival served a death blow for another off-road model within the same price range, the RAV-4, which was discontinued in Thailand.

GR stands for Gazoo Racing, and the badge was earlier given to sporty Toyota models such as the Supra and a tuned version of the Yaris. GR Sport models aren't tuned for extra power, but do come with a good number of cosmetic changes, equipment upgrades and minor tweaks here and there, along with a significant spike in retail pricing.

The Fortuner GR Sport, for example, is priced at 1.879 million baht. But the red body paint with black roof in the one featured here costs an additional 20,000 baht, bringing the final pricing to 1.899 million baht, making it the most expensive PPV in the market.

For those unwilling to cough up that much, the Fortuner line-up starts with the base 2.4G model that comes with a smaller engine and 2WD, and starting price of 1.351 million baht. 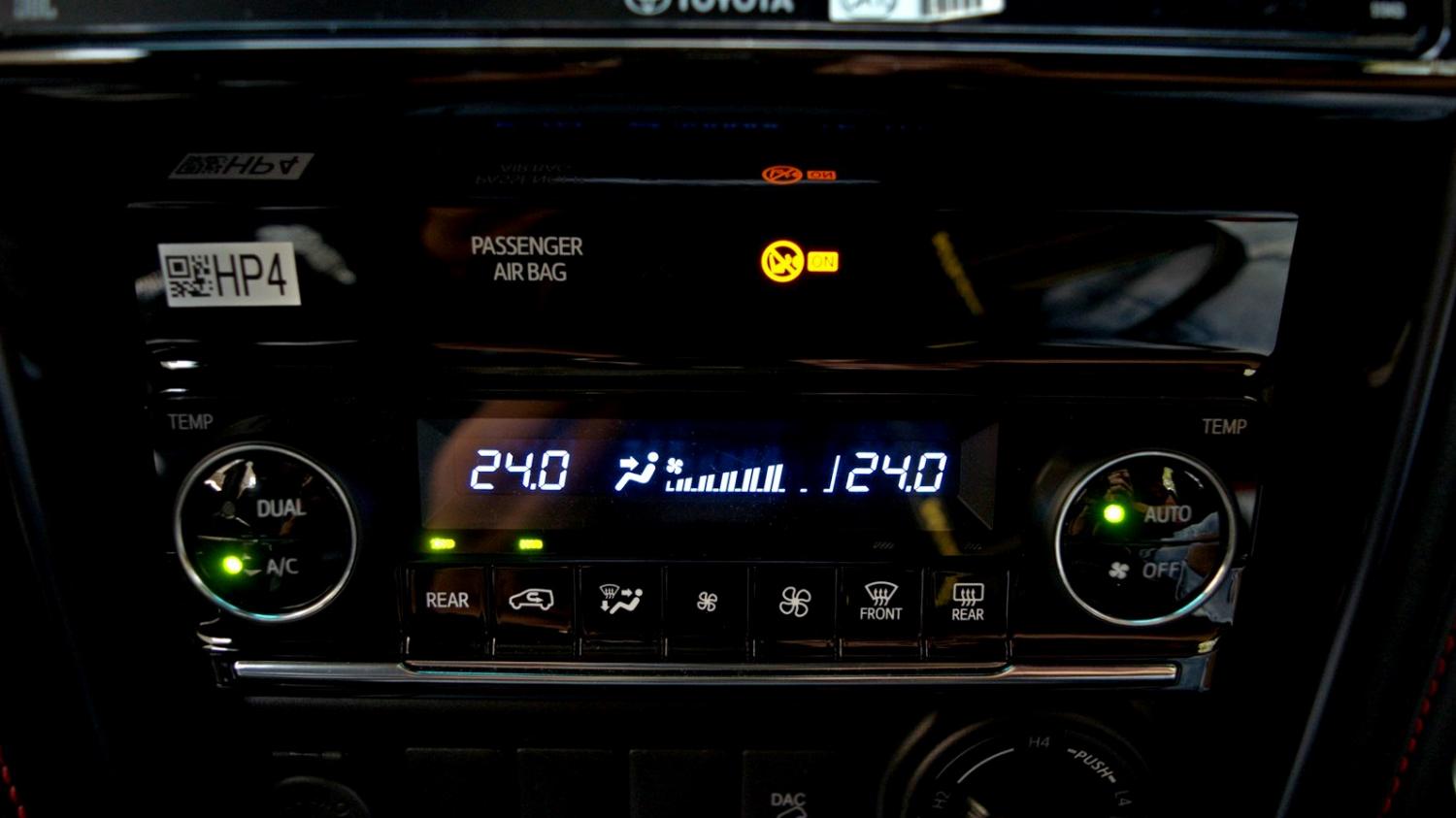 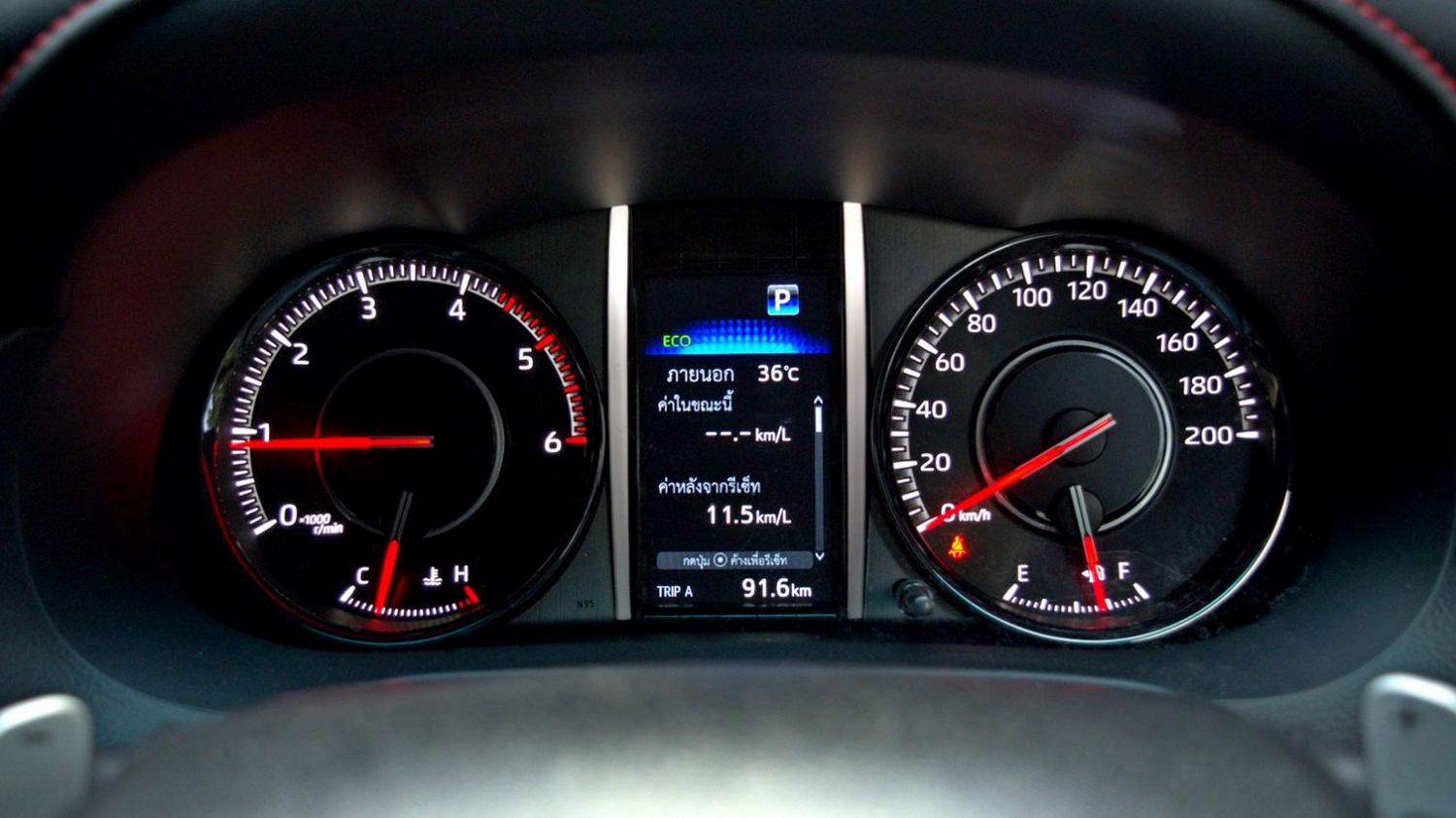 As for the GR Sport, there are several exterior changes that give it a sporty appearance, starting with the glossy black front grille with GR emblem, front bumper with glossy black garnish, body-coloured door handles, rear spoiler and 20-inch alloy wheels mated to 265/50 tyres. All exterior lighting systems come with LED technology (indicator lights are sequential both front and rear).

The interior features sporty red/black styling, including sports front seats with perforated suede upholstery, PVC and red stitching that looks and feels great. It's a pity that there's no real leather to complement the suede except for the multi-function steering wheel (with red centre marking) and gearshift knob.

The GR emblem shows up around the cabin (steering wheel, start button and floor mats) reminding you that this is indeed a special model.

The parking sensor is complemented by a 360-degree Panoramic View Monitor that's usable, but not great. The same can be said about the small instrument cluster display and outdated graphics on the 9-inch centre touchscreen. The T-CONNECT mobile app provides high-tech functions such as driving information, vehicle tracking and reminders.

There are three USB ports (one on the front centre screen and two at the rear), plus 12V and 220V power outlets. 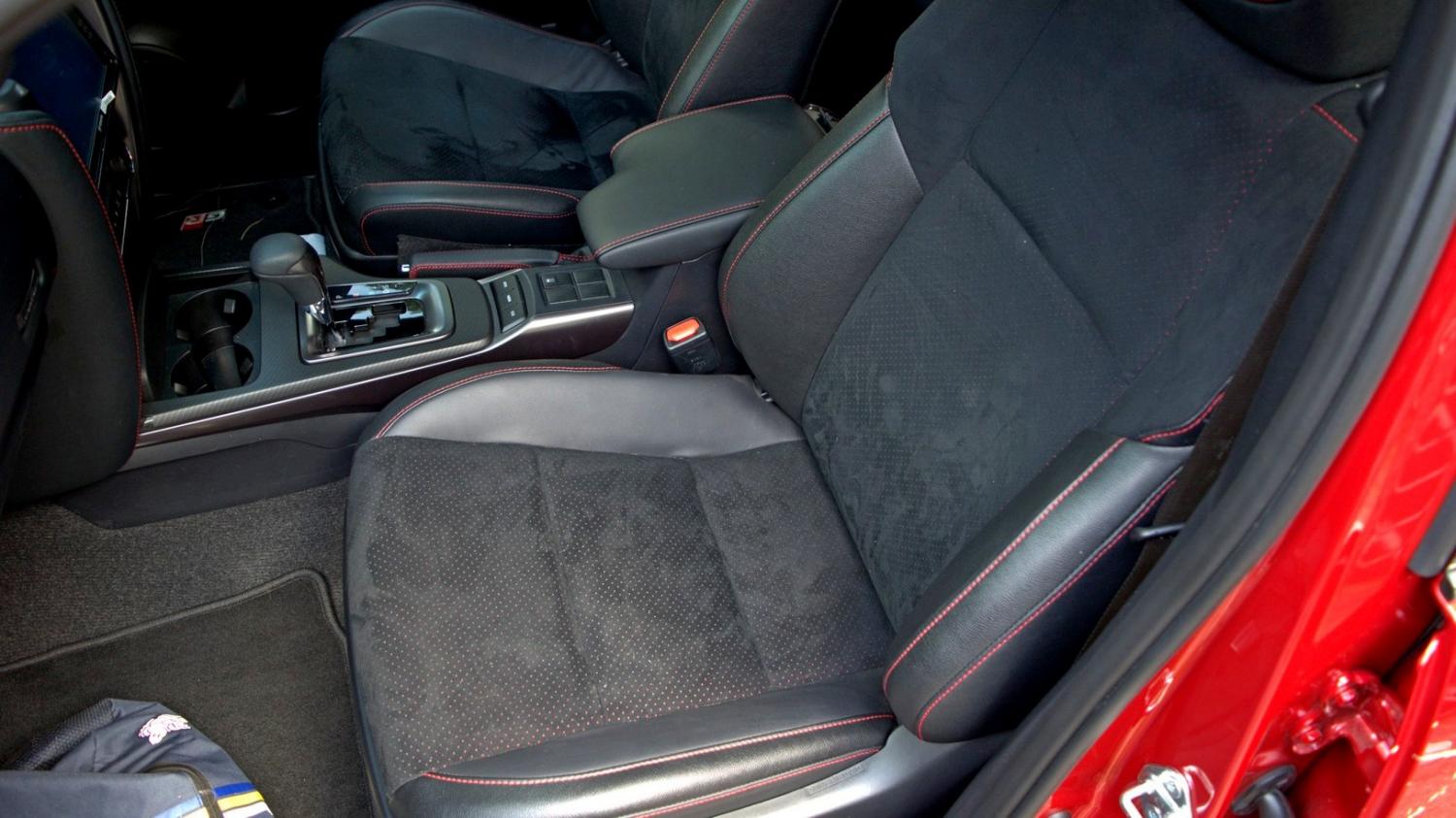 The glove box comes with soft-touch PVC padding and a lock for storing personal or valuable items.

The large body size of the Fortuner offers decent interior space, although headroom and legroom is just average. But at least the rear seat cushion can be moved to increase legroom and the backrest can be inclined for comfort.

The GR Sport does not come with a sunroof, but you do get air vents on the ceiling for the second-row passengers. There are air vents for the third-row passengers too, but the hanging type seats do not fold flat and take up considerable cargo space.

The tailgate is fully powered and can be opened or closed via three different switches, in addition to kick gesture. 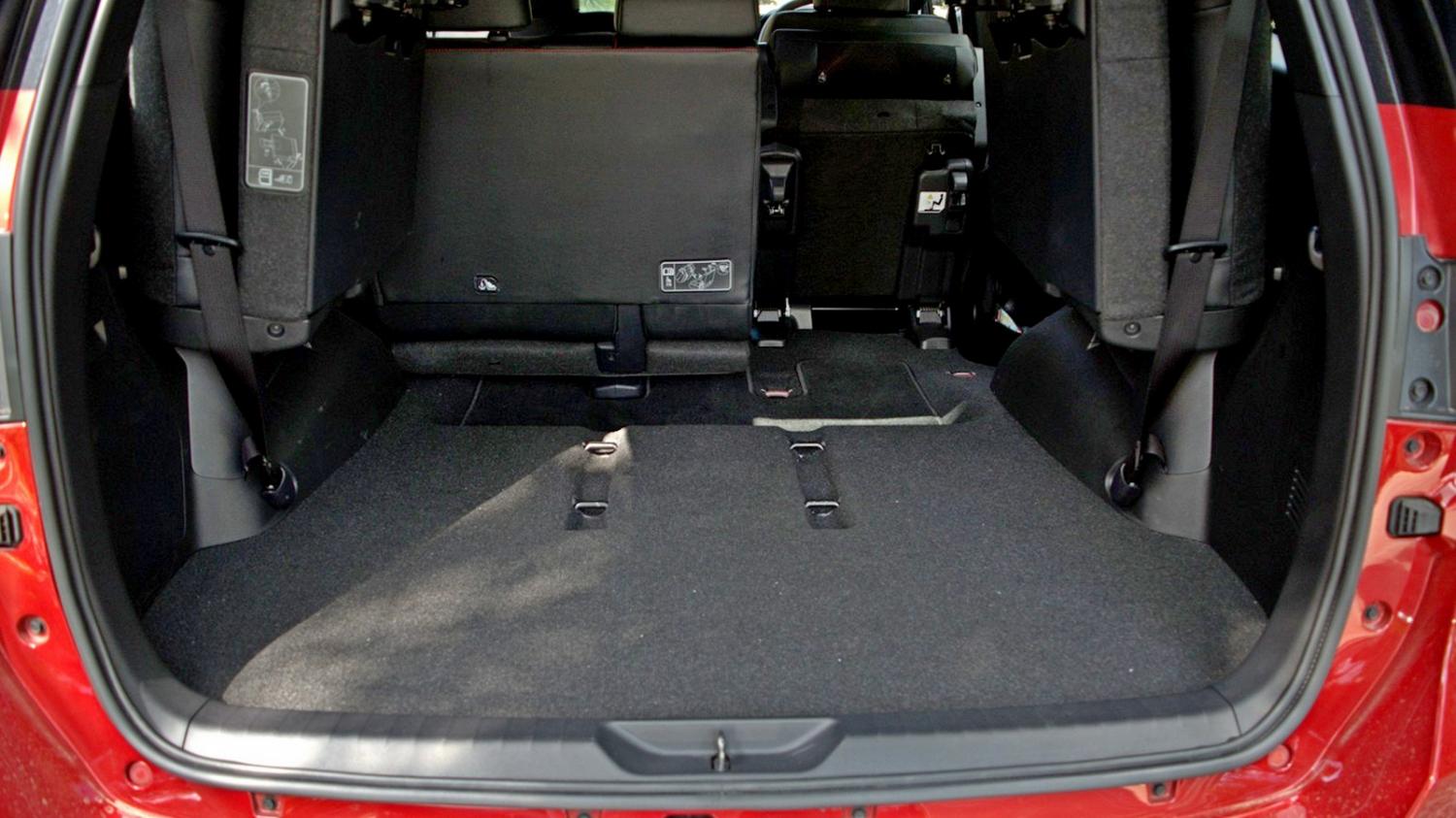 As mentioned, the Fortuner GR Sport doesn't get increased power or torque, although the good old turbocharged 2.8-litre 1GD-FTV (High) diesel engine is one of the most powerful in the market, capable of pumping out as much as 204hp and 500Nm of torque, putting it in second place behind the Ford Everest's 213hp and 500Nm.

There is no questioning the Toyota engine in terms of reliability, and in terms of power delivery, the 6-speed automatic does get the Fortuner GR Sport accelerating swiftly for a full-size PPV weighing in at almost 2.2 tonnes.

The average fuel economy is claimed at 14.7kpl with average CO2 emission of 179g/km. 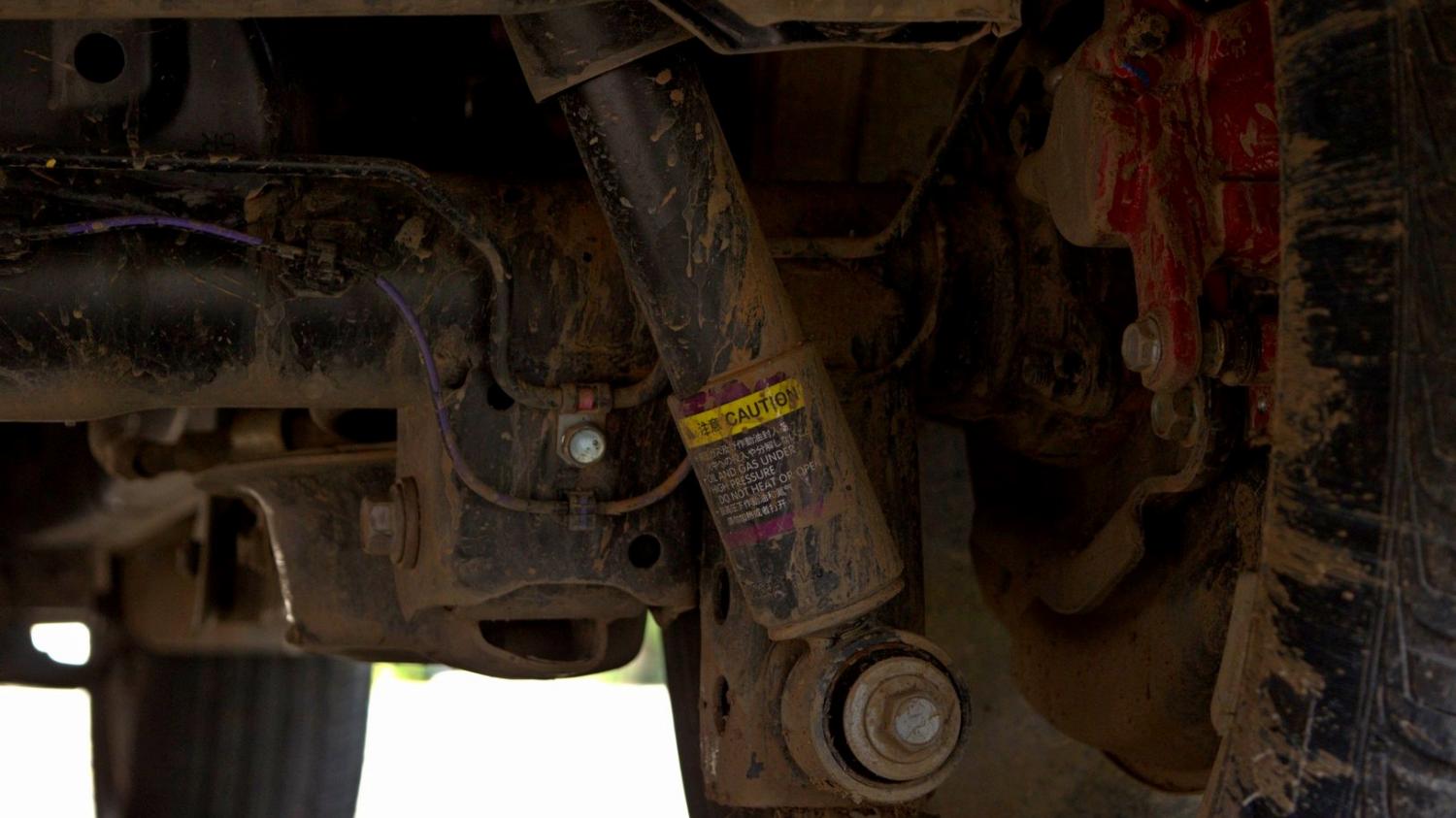 What owners will surely enjoy in the Fortuner GR Sport is the upgraded monotube shock absorbers that give it improved ride quality. There is a good level of comfort on most road conditions, with cracks and bumps being ironed out pretty well for a pickup-based vehicle.

But it's not a Land Cruiser, so there's only so much you can expect from the new dampers. When the going gets really tough, the Fortuner still performs like an expensive pickup.

Toyota says the steering has been tuned for better response, but there are still strong pickup traits in feel and precision. It's rather heavy and there's wide slack in the middle that doesn't correspond to the "sporty" image of the Fortuner GR Sport.

It performs well while off-roading. Despite a ground clearance of 193mm, it does come with a reliable 4WD system with low ratios to help overcome difficult terrain. 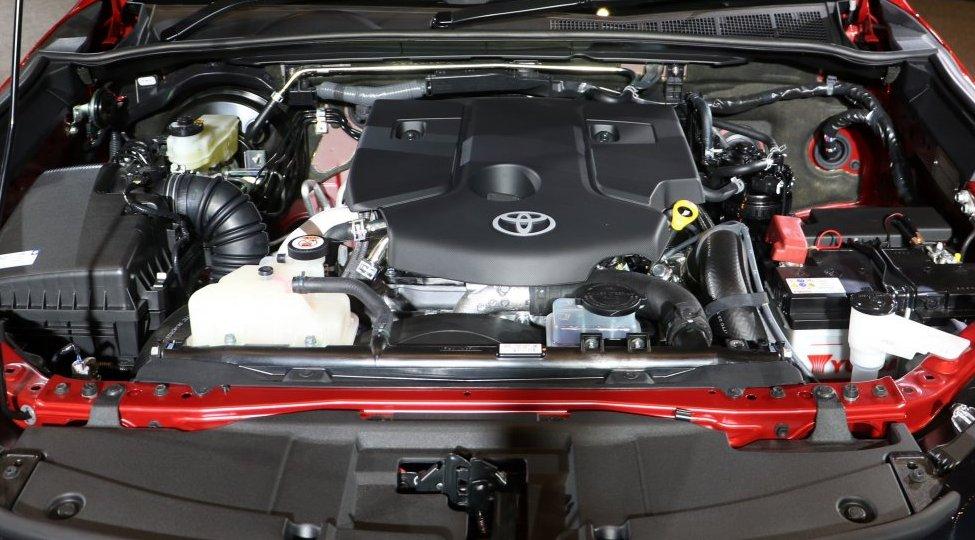 When the first-gen Fortuner was launched back in 2005, it came with brakes that weren't powerful enough, and after strong complaints by customers, Toyota decided to upgrade the system. The tradition continues today in the GR Sport that gets vented discs both front and rear with red GR calipers.

The Fortuner is the most popular PPV model in Thailand but if you're interested in getting one, make sure you check out all models available first. Along the line there are both 2.4-litre and 2.8-litre engines to choose from as well as a large number of trim levels with a wide pricing difference.

But for those who want the top model and don't mind extremely high pricing for a PPV, the Fortuner GR Sport might just be it. 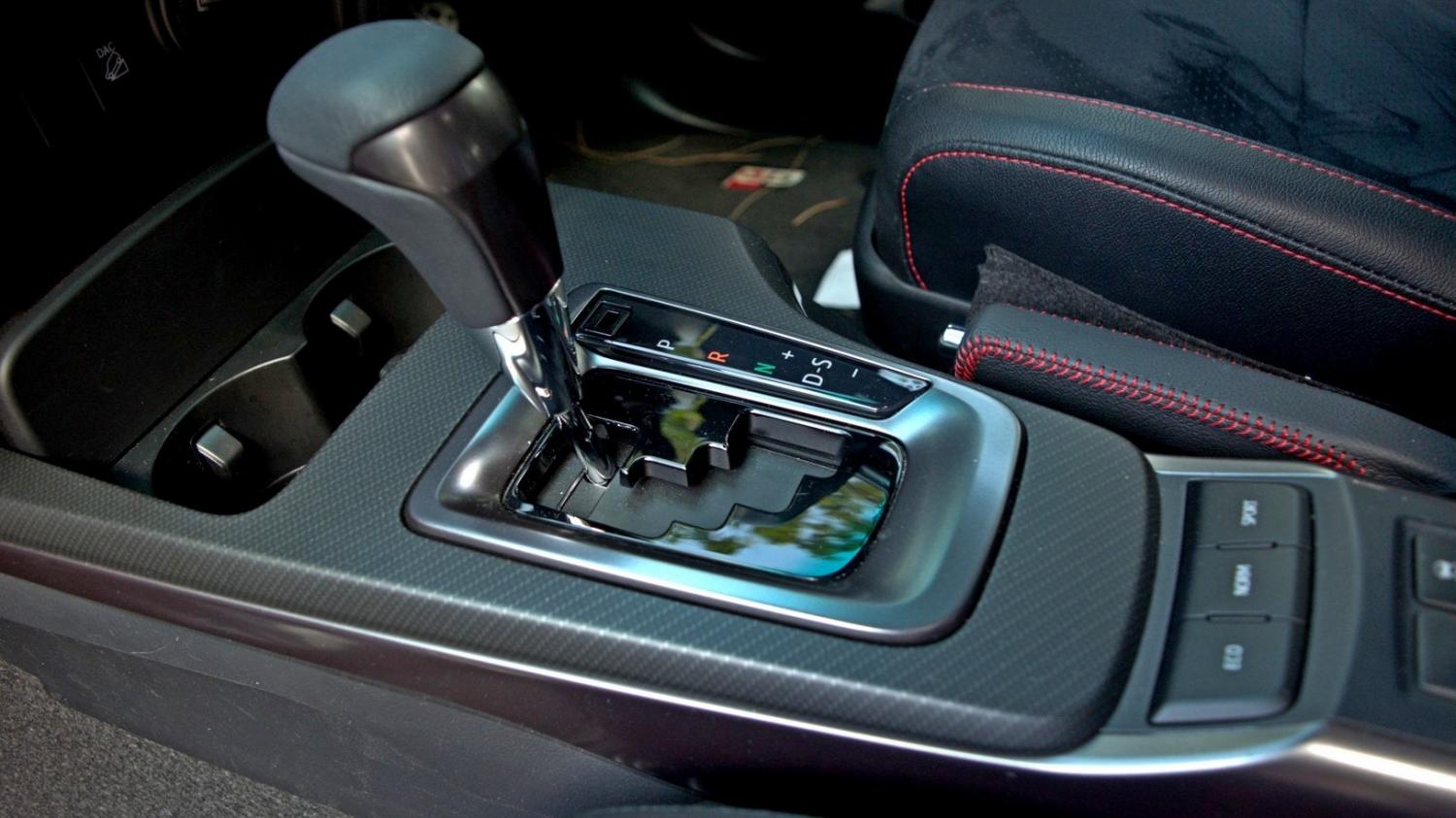 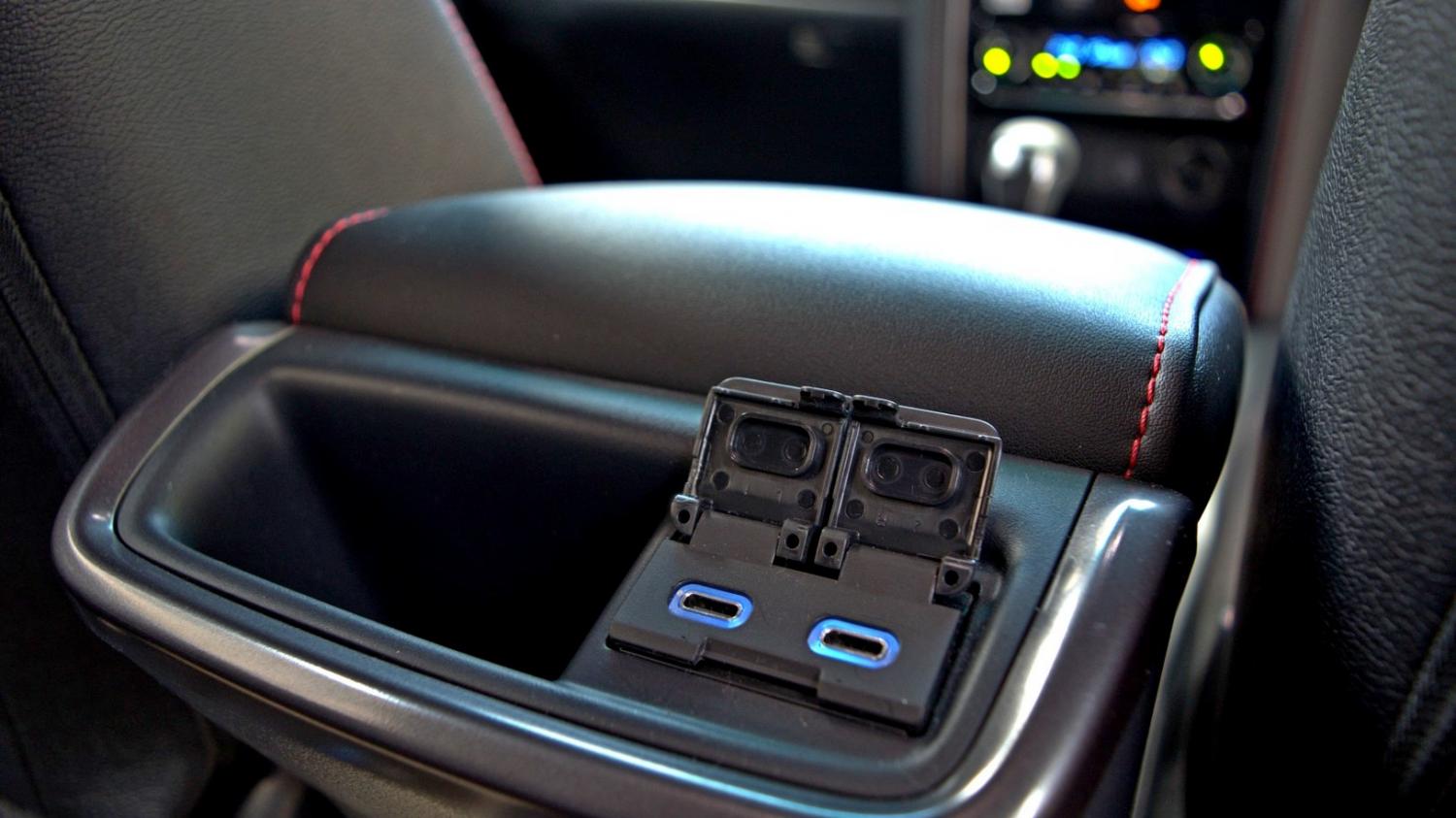 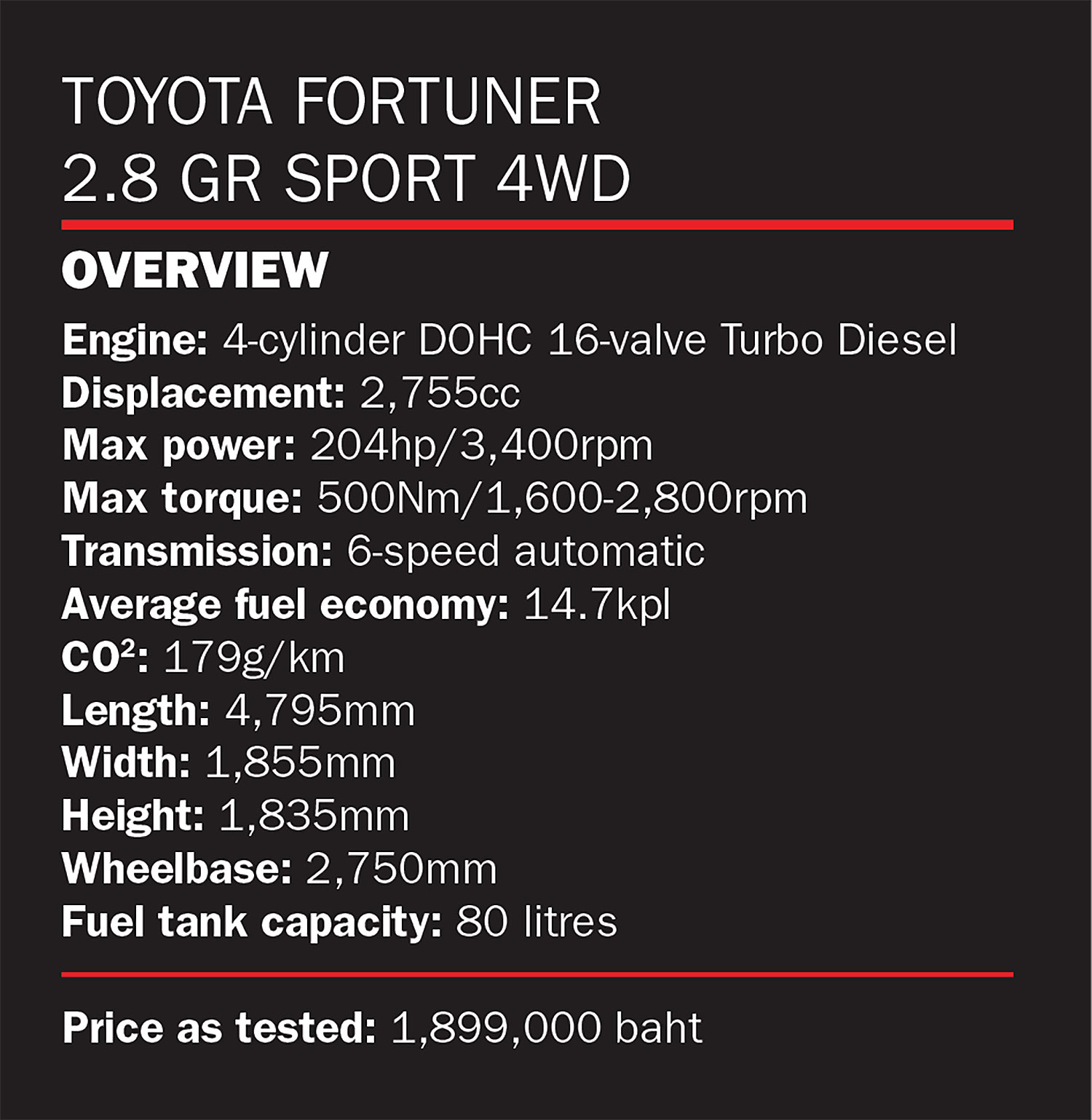