The Pony car to beat

There's something special when you fire up that 5.0-litre V8 powerplant in the Ford Mustang GT Coupe.

And it's not the fact that it produces a whopping 450hp of power and 529Nm of torque, but rather the unmistakable sensation that comes driving an iconic V8 American muscle car, one that has built up a strong cult following in Thailand since the Vietnam War.

As a child growing up in the 70s, one of my hobbies was to spot exotic cars on the roads of Bangkok. Besides European sports cars, there was a good amount of American muscle cars in Bangkok on a daily basis, including classics like the Pontiac Firebird Trans Am and of course the popular Ford Mustang, which came in hardtop, soft top and fastback versions. 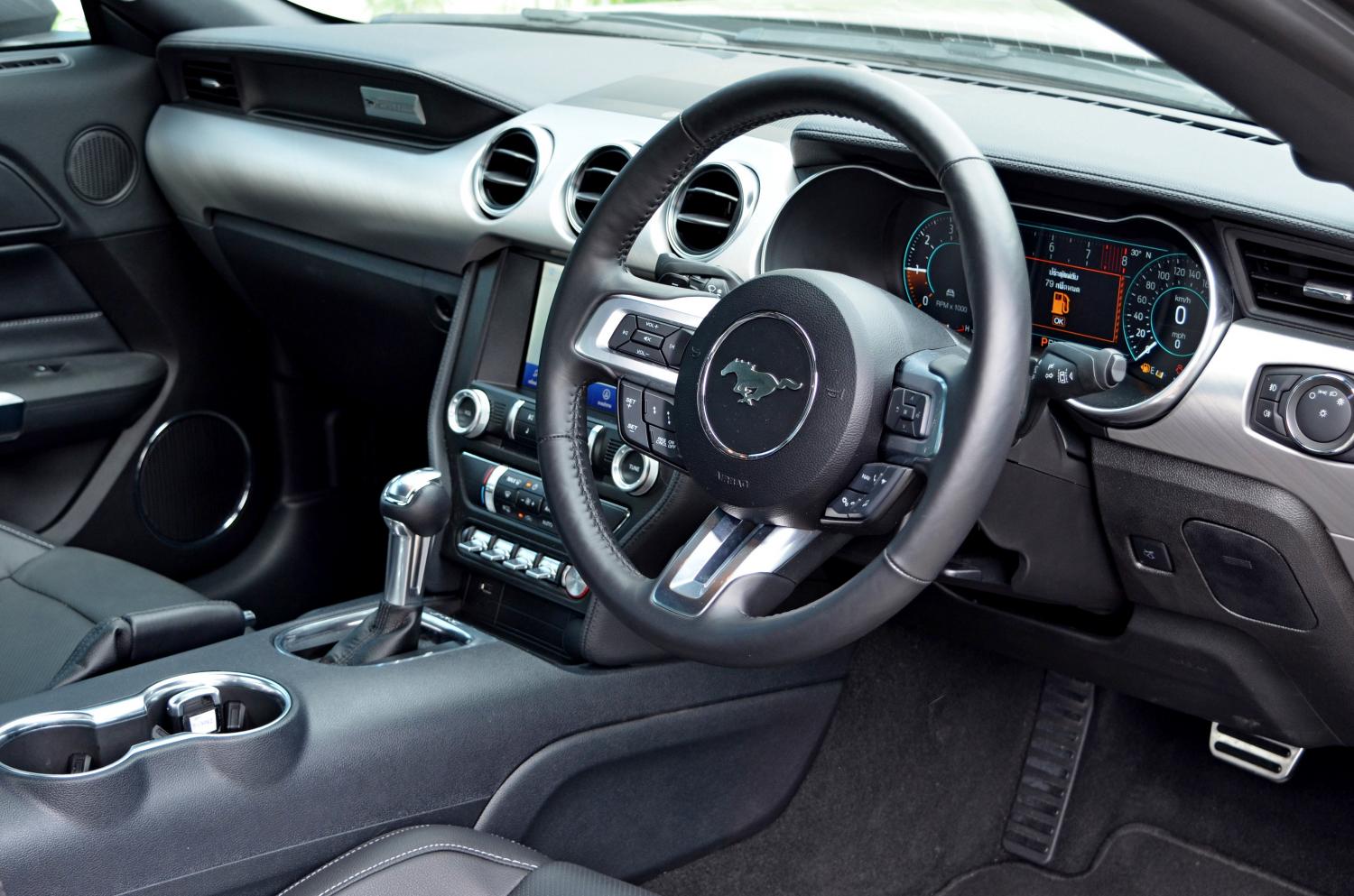 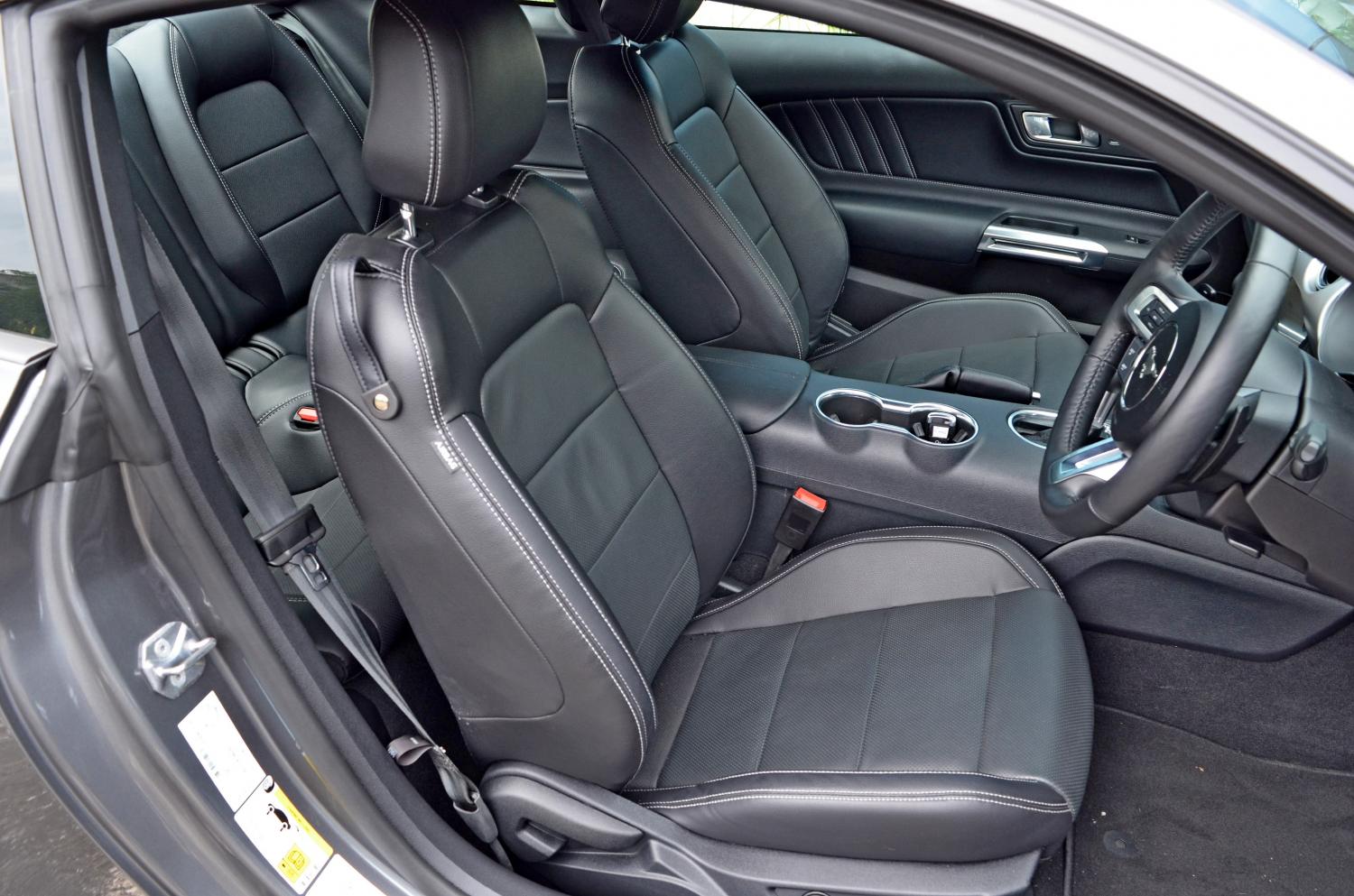 Being American, it's no surprise this latest Pony car comes with large dimensions that provide a strong presence on the road. The long front end hints at the high-displacement engine and it also features a fastback design (with rear spoiler) made famous during the late 60s. In fact, the new Mustang's design carries over a good number of iconic design elements from older models, including the trapezoidal front grille and tri-bar taillights.

For 2022, a new carbonised grey exterior colour has been introduced for the Mustang line-up in Thailand, which comes equipped with a Performance Pack. For the V8, you get a limited-slip differential, Brembo front disc brakes and sporty Michelin Sport 4S tyres on 19-inch black alloy wheels.

The Mustang is 2m wide, has long front and rear overhangs (the body length is almost 4.8m compared to the 2.72m wheelbase) and offers a good amount of space once you get into the cockpit. The interior styling consists of lots of brushed metal garnish as well as rocker switches that lift the atmosphere, although there's also considerable plastic and PVC, which reminds you that this isn't a luxury sports car.

There are soft-touch zones around the cabin, leather upholstery for the seats, and the multi-function steering is adjustable for both reach and rake, however, both front seats aren't fully powered (backrest adjustment is manual). There are two foldable bucket seats (with built-in headrests) for the rear passengers, so a fifth passenger wouldn't be a good idea in the Mustang. 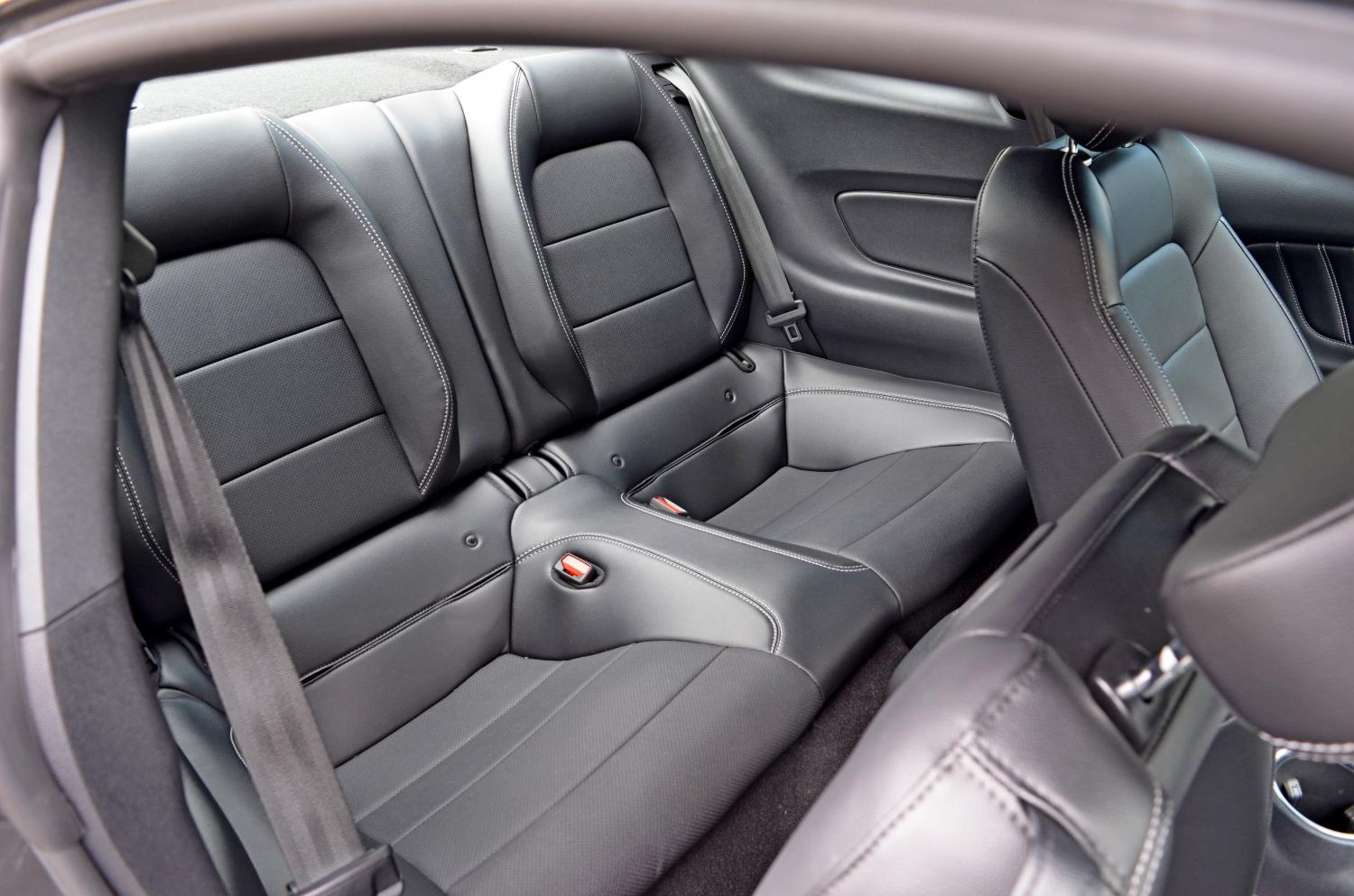 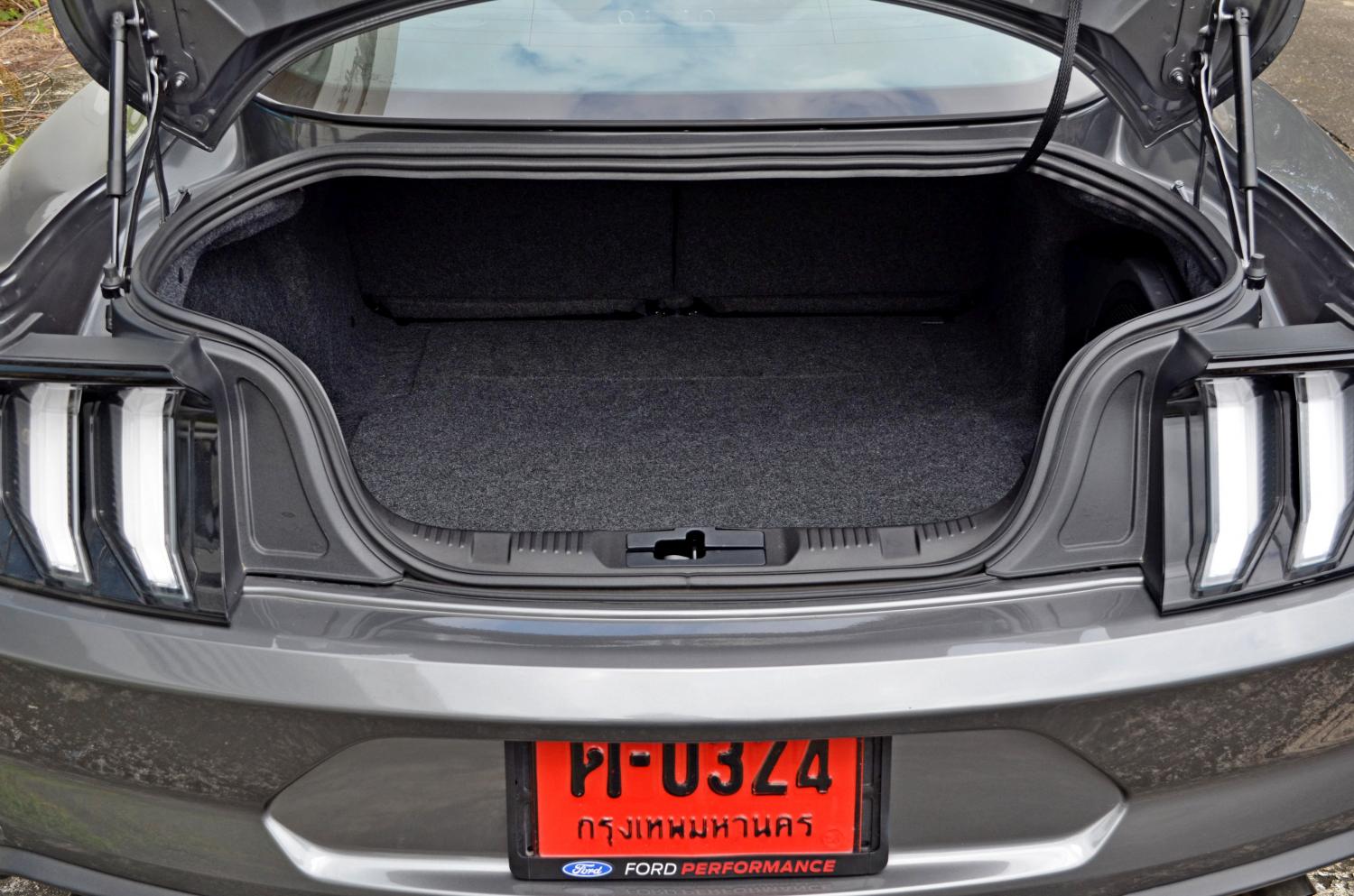 What's cool is the fully-digital 12.4-inch instrument panel display which has plenty of features including gaming animation when engaging the Line Lock function, as well as the largest gear position display you'd ever find (compared to the tiny ones offered in European sports cars).

The 8-inch centre touchscreen features Ford's SYNC3 infotainment system (with Apple CarPlay and Android Auto) and there is also a 1,000W Bang and Olufsen sound system with a CD player, two USB ports and 12 loudspeakers (including subwoofer). Nothing against the Danish electronics brand that actually does a lot of good high-end stuff, but I'd rather have something that's American (like JBL for instance) while playing Hotel California as I drive towards that shimmering light.

The heart of the Mustang GT is the non-turbo 5.0-litre V8 (with variable valve timing for the first time) that is mated to a smooth 10-speed automatic with shift paddles.

Ford claims 0-100kph acceleration id 4.3sec, which it says drops to under 4sec in Drag Strip mode (Ford's version of launch control). It maintains maximum torque during upshifts courtesy of a newly-developed 10-speed automatic gearbox. The Mustang GT has a respectable top speed too, capable of reaching 249kph.

One thing you wouldn't expect from an American muscle car is good fuel economy. Despite the 10-speed auto, it's hard to drive the Mustang GT frugally. The claimed average fuel economy is 7.8kpl but bear in mind this figure can drop dramatically depending on how you drive the car. 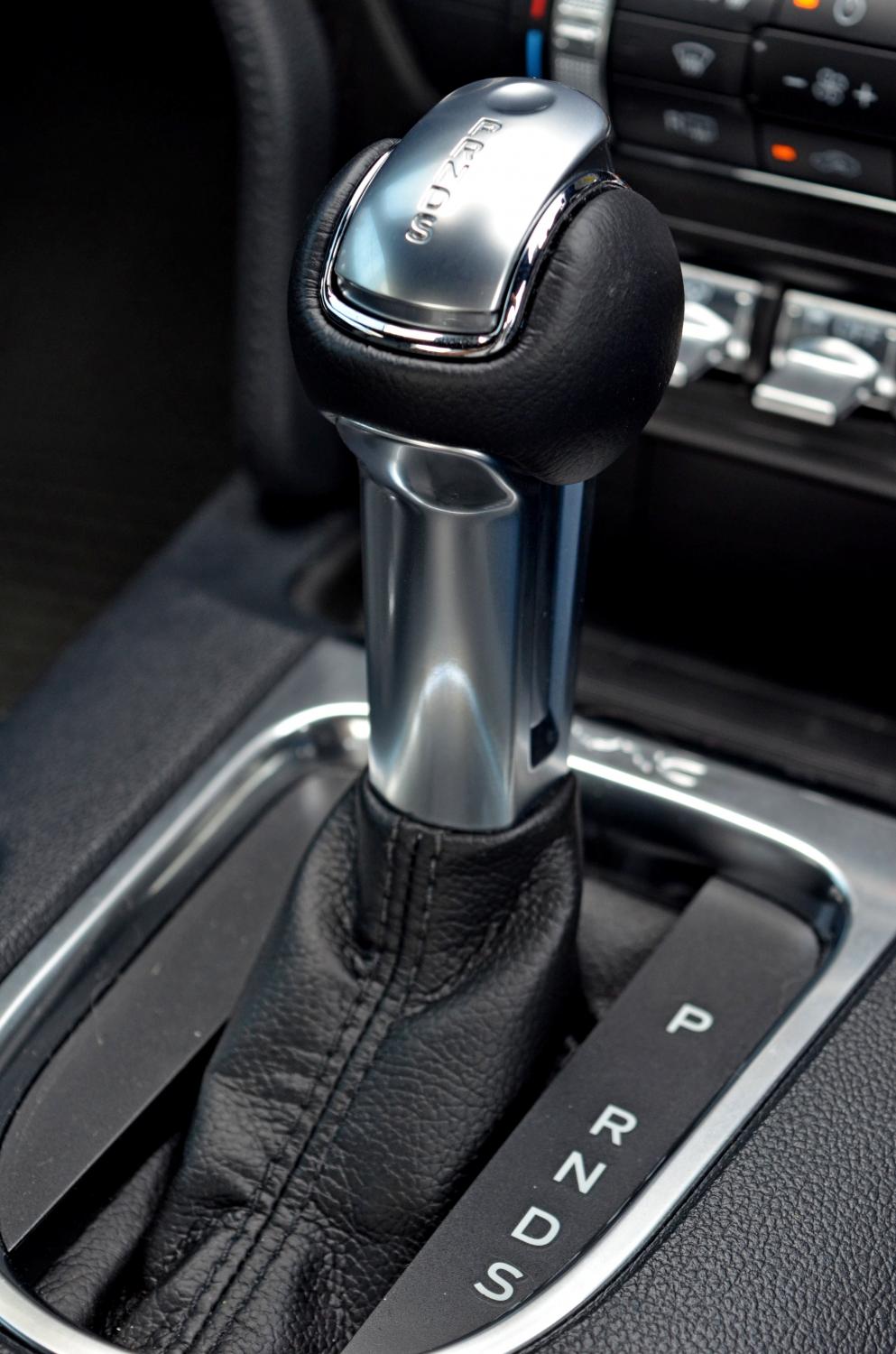 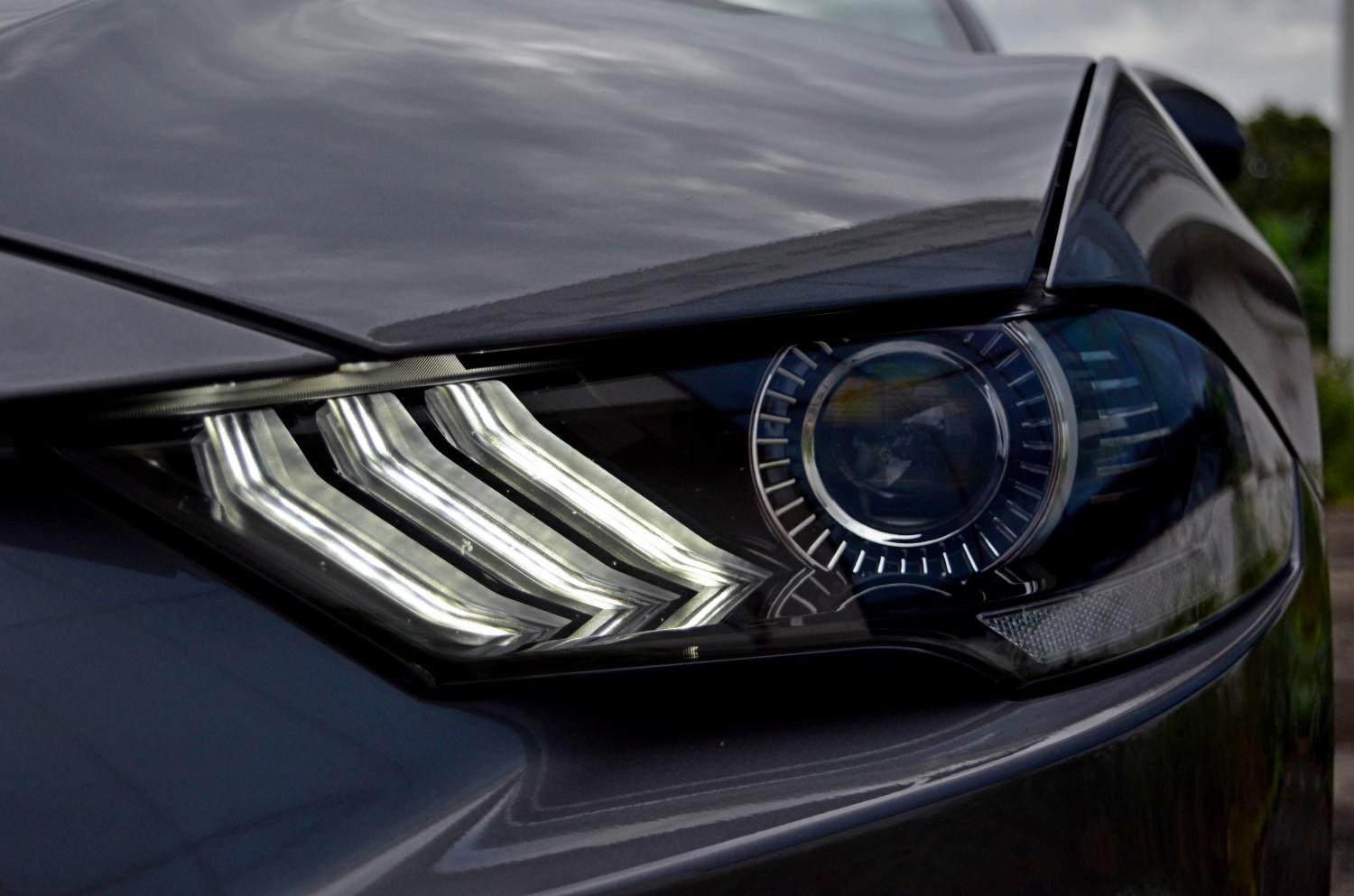 But that's what you sacrifice in exchange for the extra fun offered by the Mustang GT's power, torque and even the exhaust note.

Apart from the regular comfort, normal and sport modes can be selected from the steering wheel. There is also a rocker switch on the centre console offering six driving modes with different settings for electronic stability control, throttle response, gearshift pattern, steering and exhaust sound level.

The good thing about big engines is plentiful torque at all engine speeds. You don't need to press the throttle that much to get the Mustang GT accelerating, making it a pretty comfy cruiser in day-to-day use.

Another plus is the sound effects. The sound from the V8 is striking and the Mustang GT comes with an Active Valve Exhaust system that allows the driver to select as many as four levels -- quiet, normal, sport and track.

The throaty V8 sound gives the Mustang GT a rather mischievous character. Press the engine start button and people are going to notice -- that's why there's a quiet mode to not startle your neighbours if you choose to.

The front strut and rear multi-link suspension, with stabilisers both front and rear, provide a comfortable ride on the highways, and even if the road gets a little bumpy it's not a problem at all. The Michelin Pilot Sport 4S tyres (255/40 ZR19 up front and 275/40 ZR19 at the rear) are pretty upmarket too, providing decent grip on the road.

Meanwhile, the steering is well-weighted and has several settings you can choose from, but sadly this isn't a car you'd enjoy driving around the circuit on track days as it lacks the steering precision and firm body control offered by high-performance European sports cars. 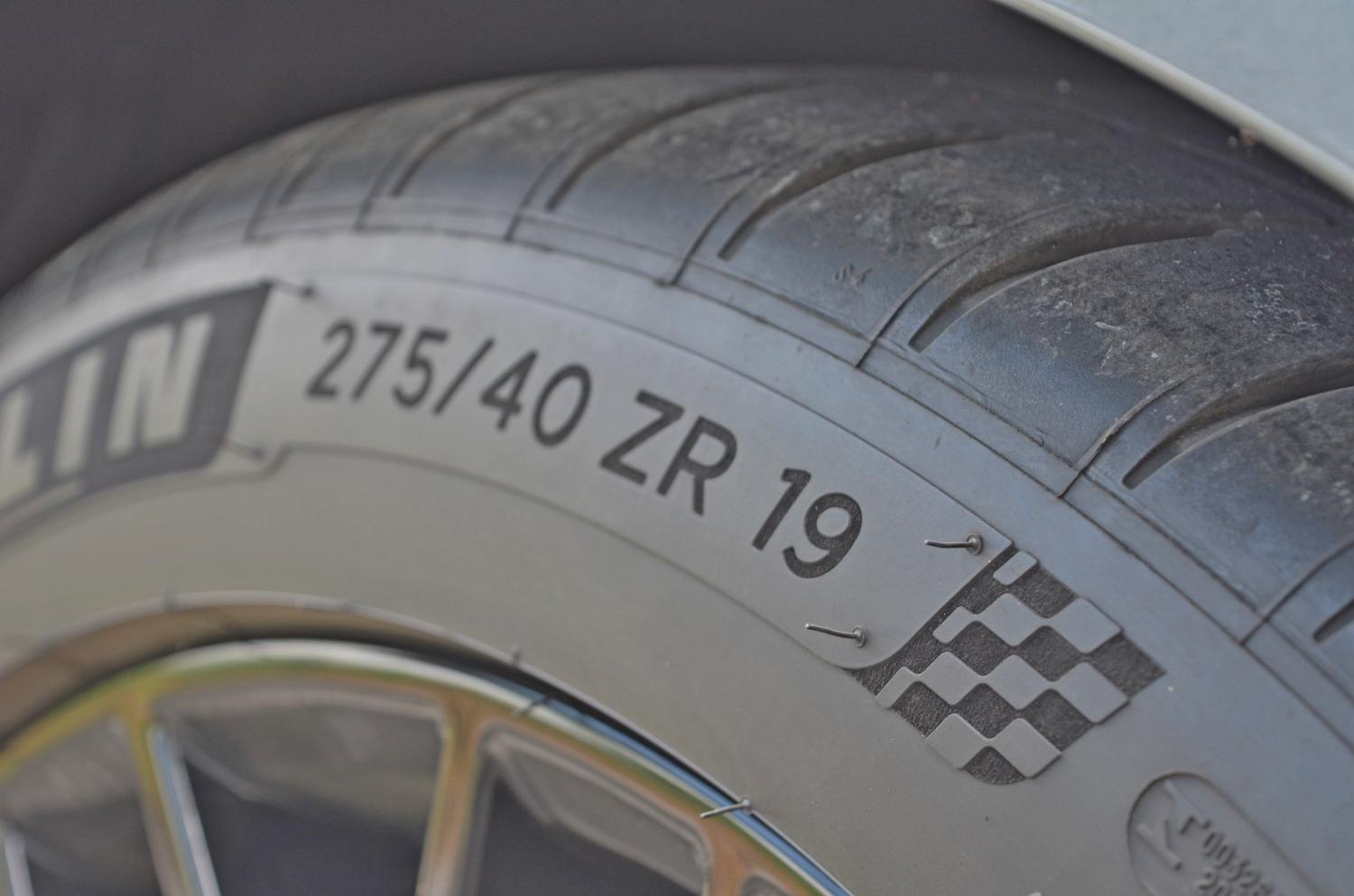 But if you're into quarter-mile (or drifting), the Mustang GT sounds like a good idea. It's possible to warm up the rear tires for maximum grip by using the Electronic Line Lock function (you won't find this in other cars) to smoke the tires before a drag strip run, and the engine's got enough beef to power slide through corners without much effort required.

In the past, the Mustang has always been regarded as an affordable blue-collar sports car, and to spend 5 million baht for this American pony might initially sound like a crazy idea. 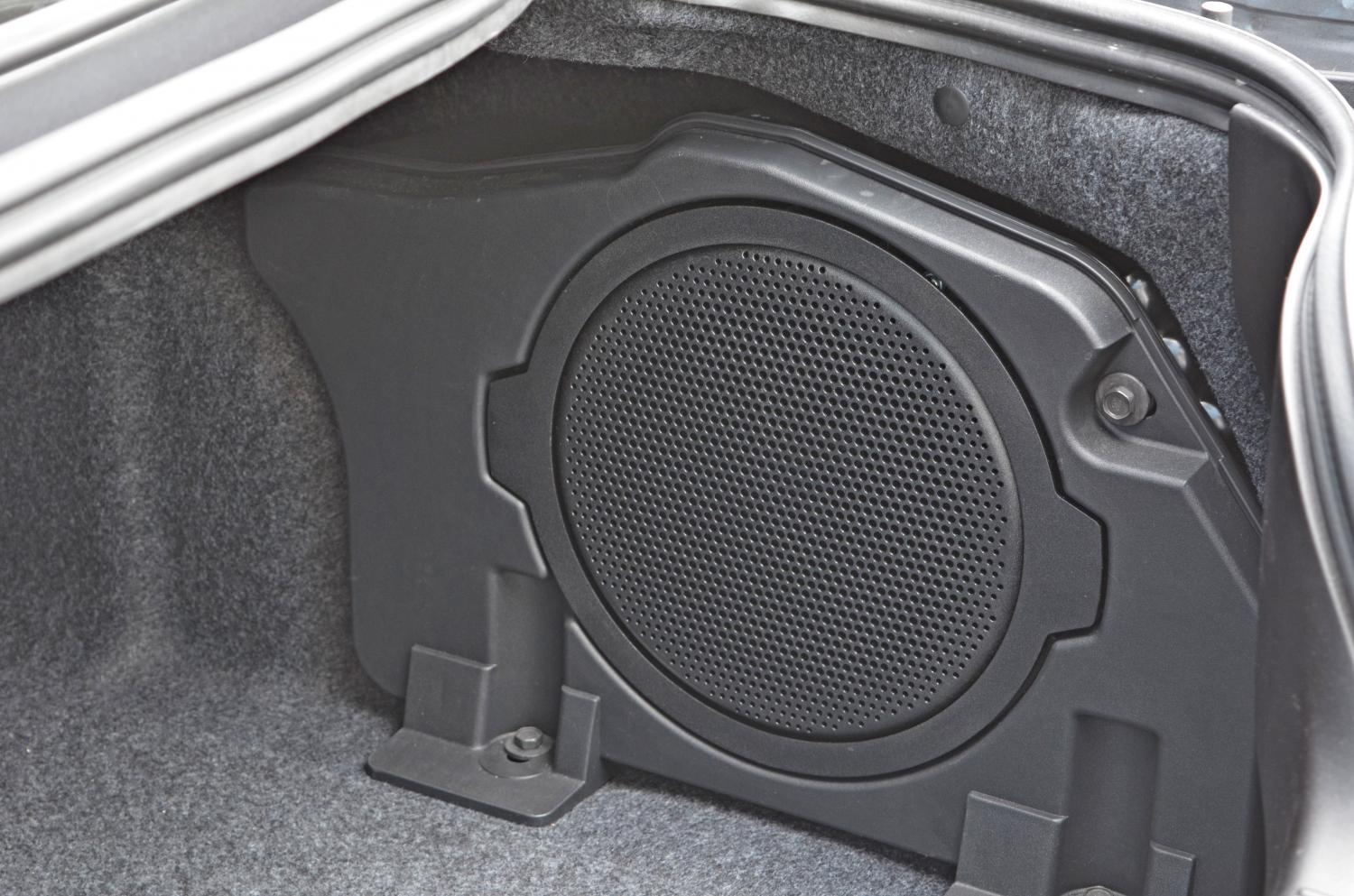 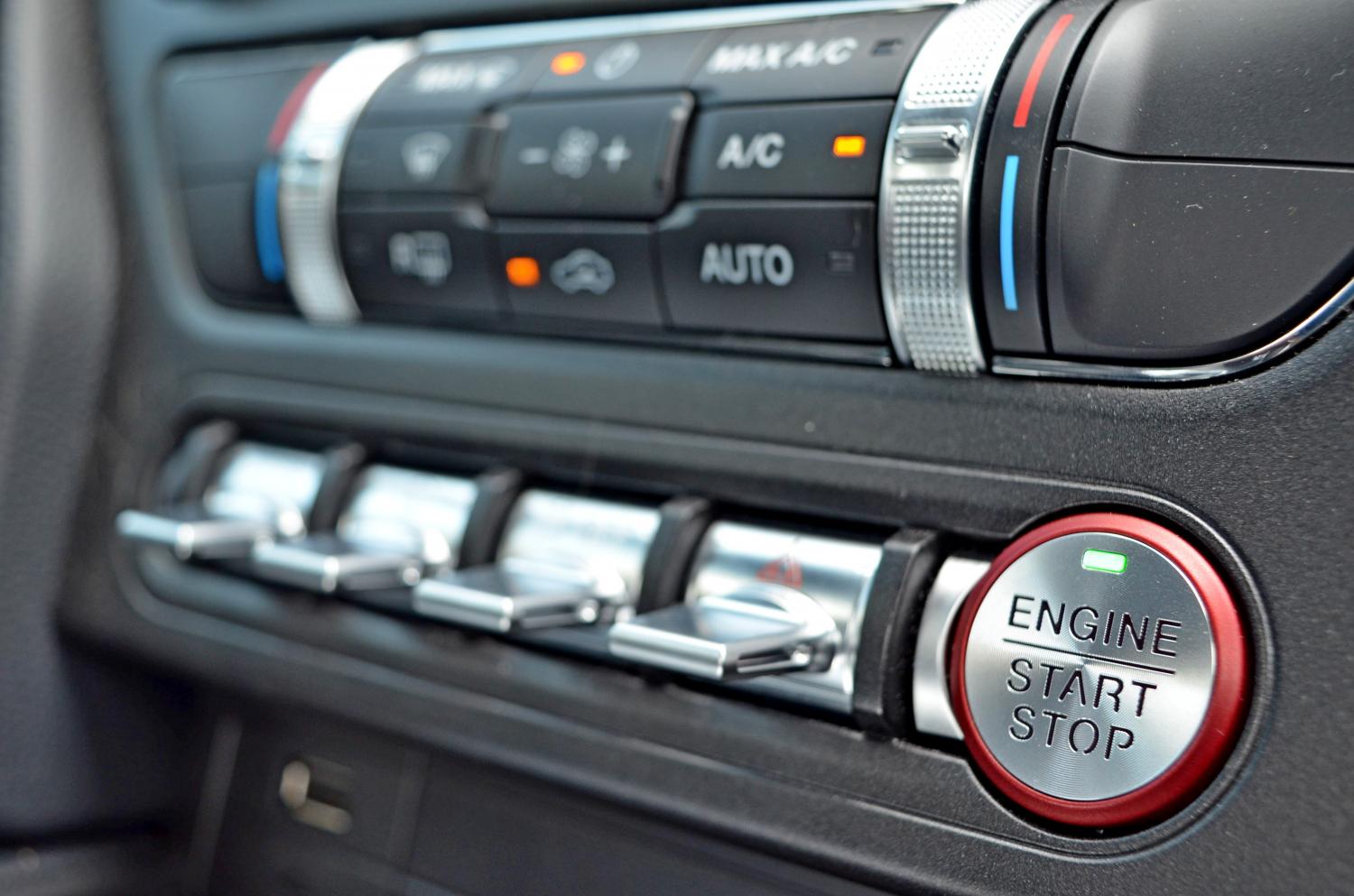 But considering the perks that come with the Mustang 5.0L V8 GT Coupe, including the respectable straight-line performance that rivals more expensive European sports cars, or the fact that this car is an instant classic with a glorious 60-year heritage, you might have to think again. 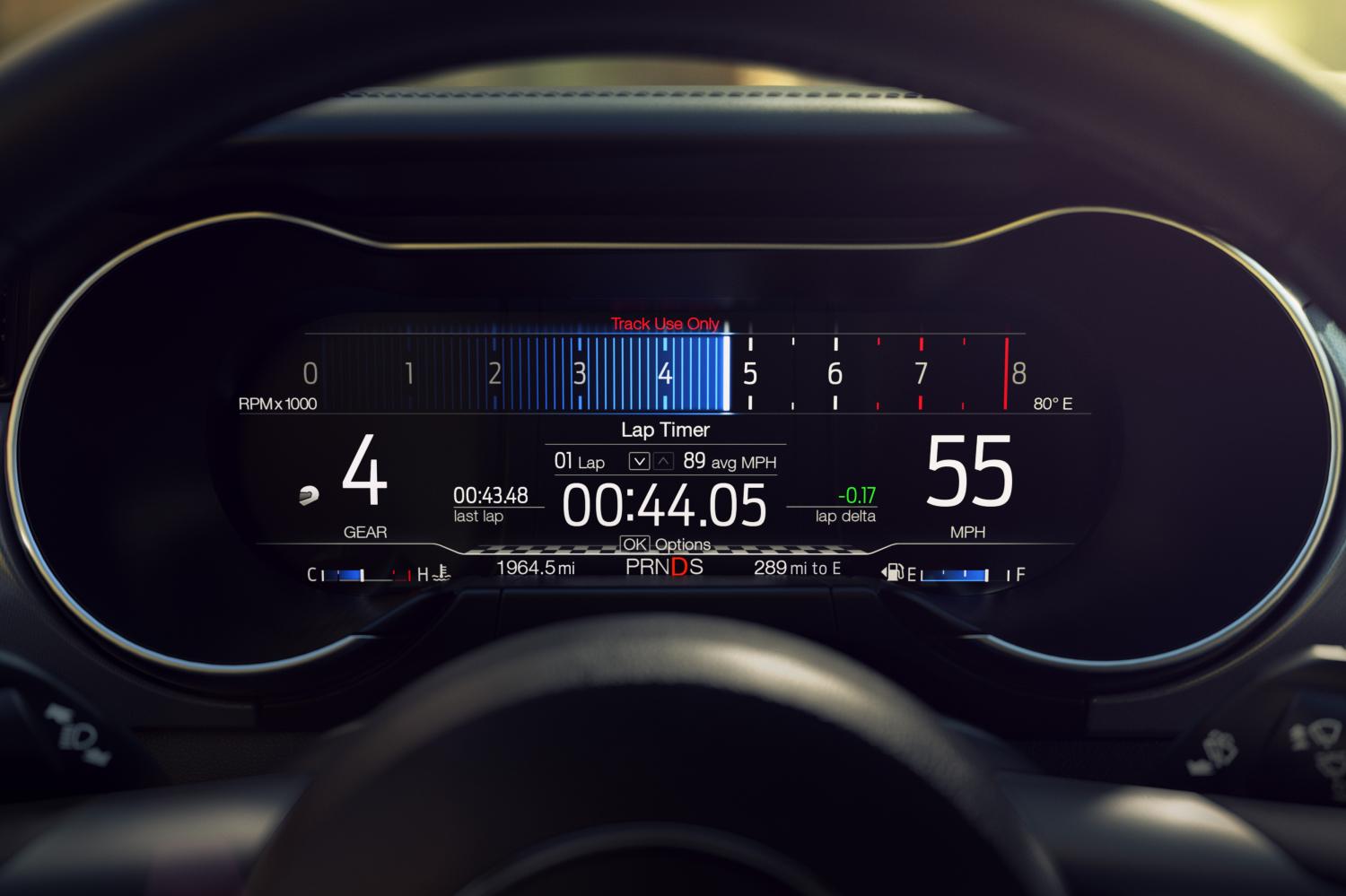 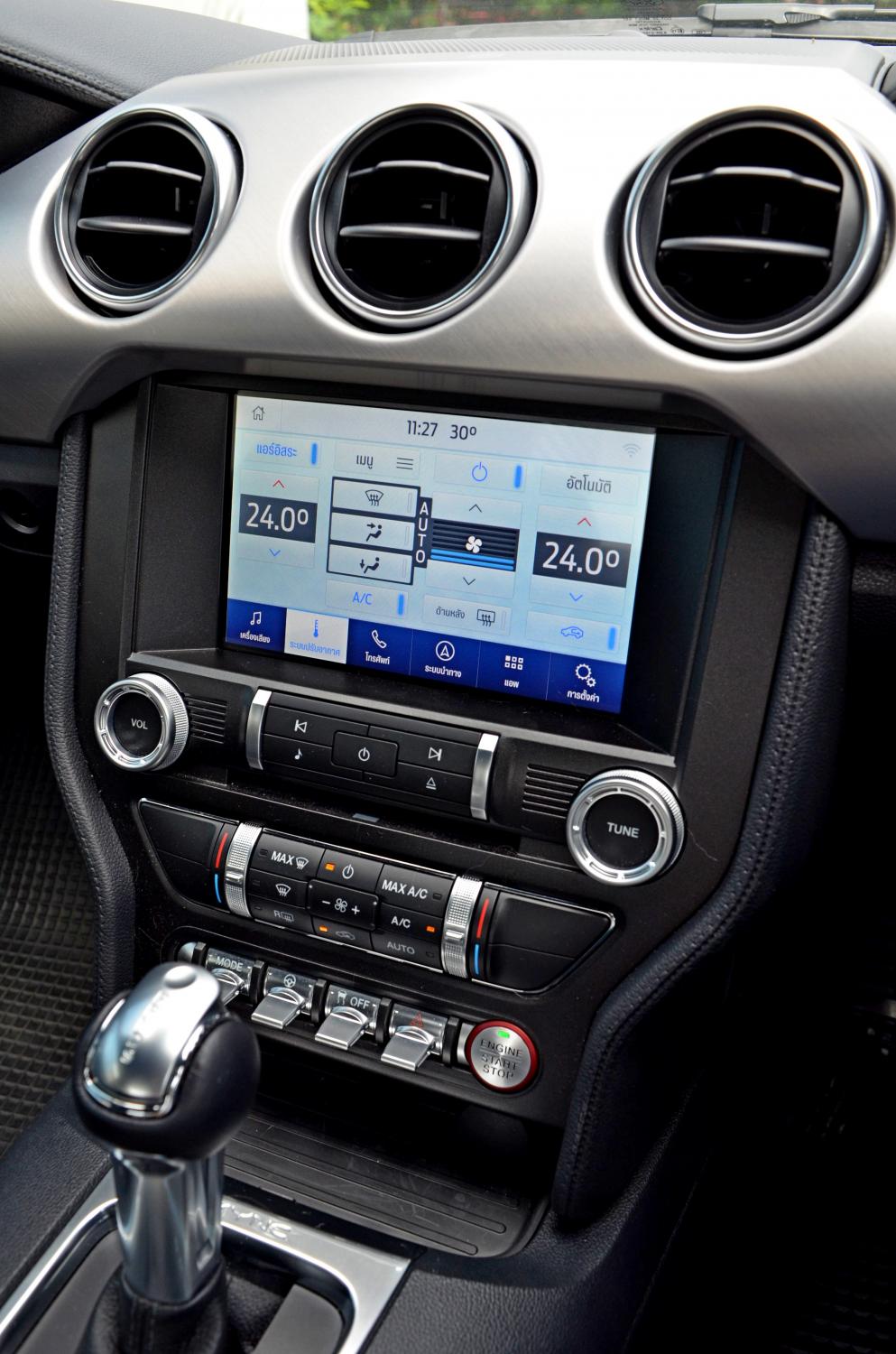 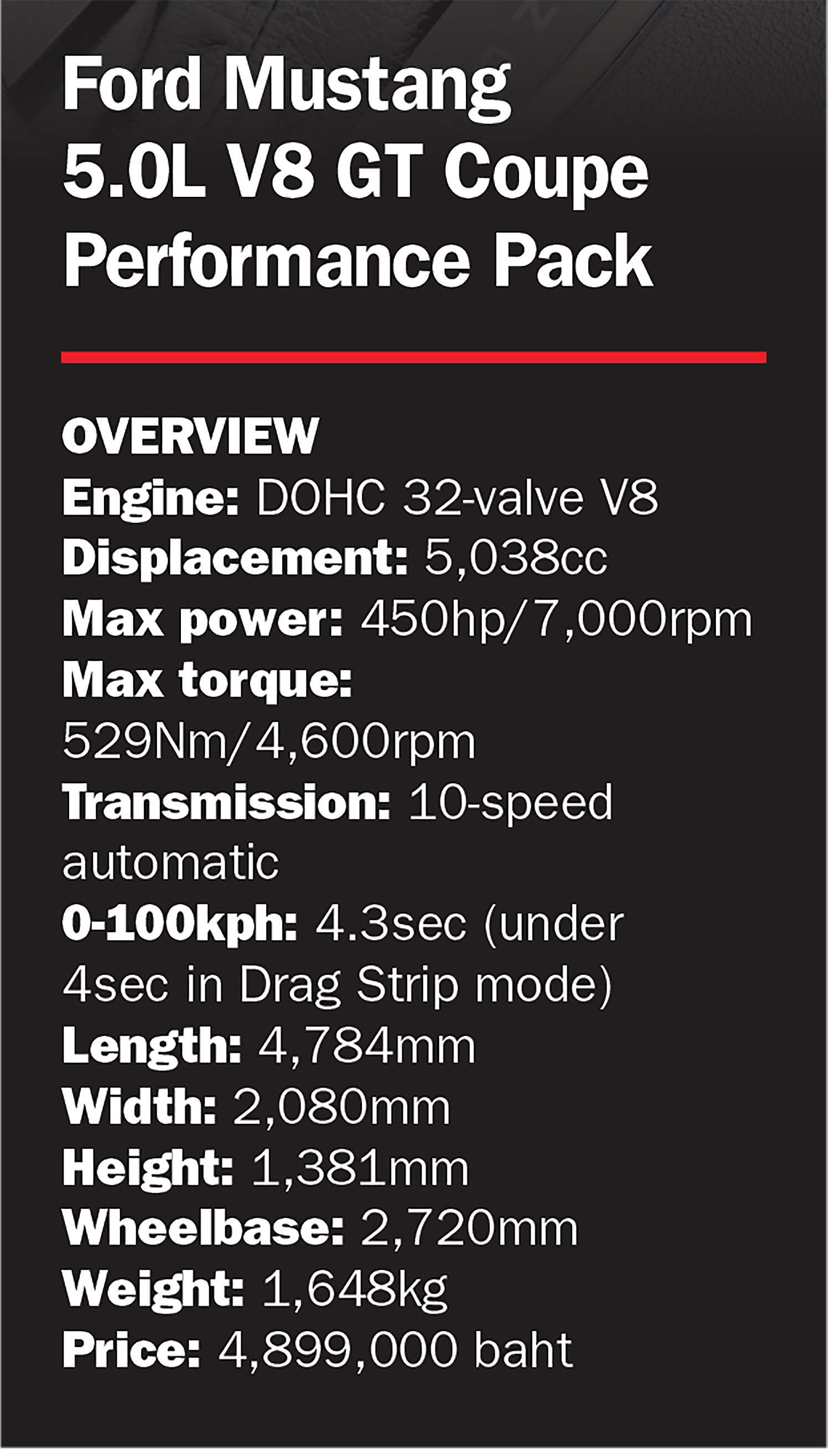 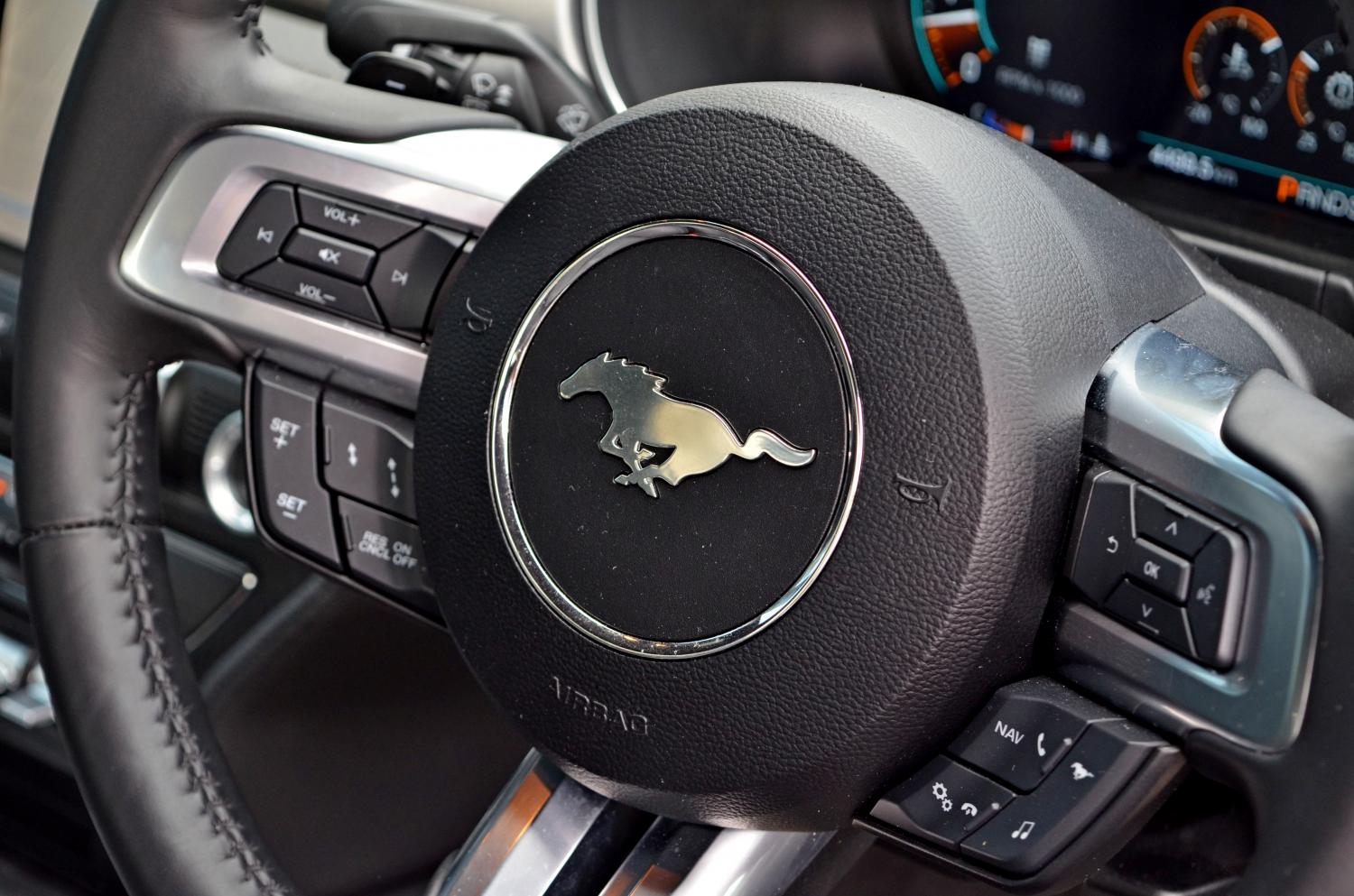 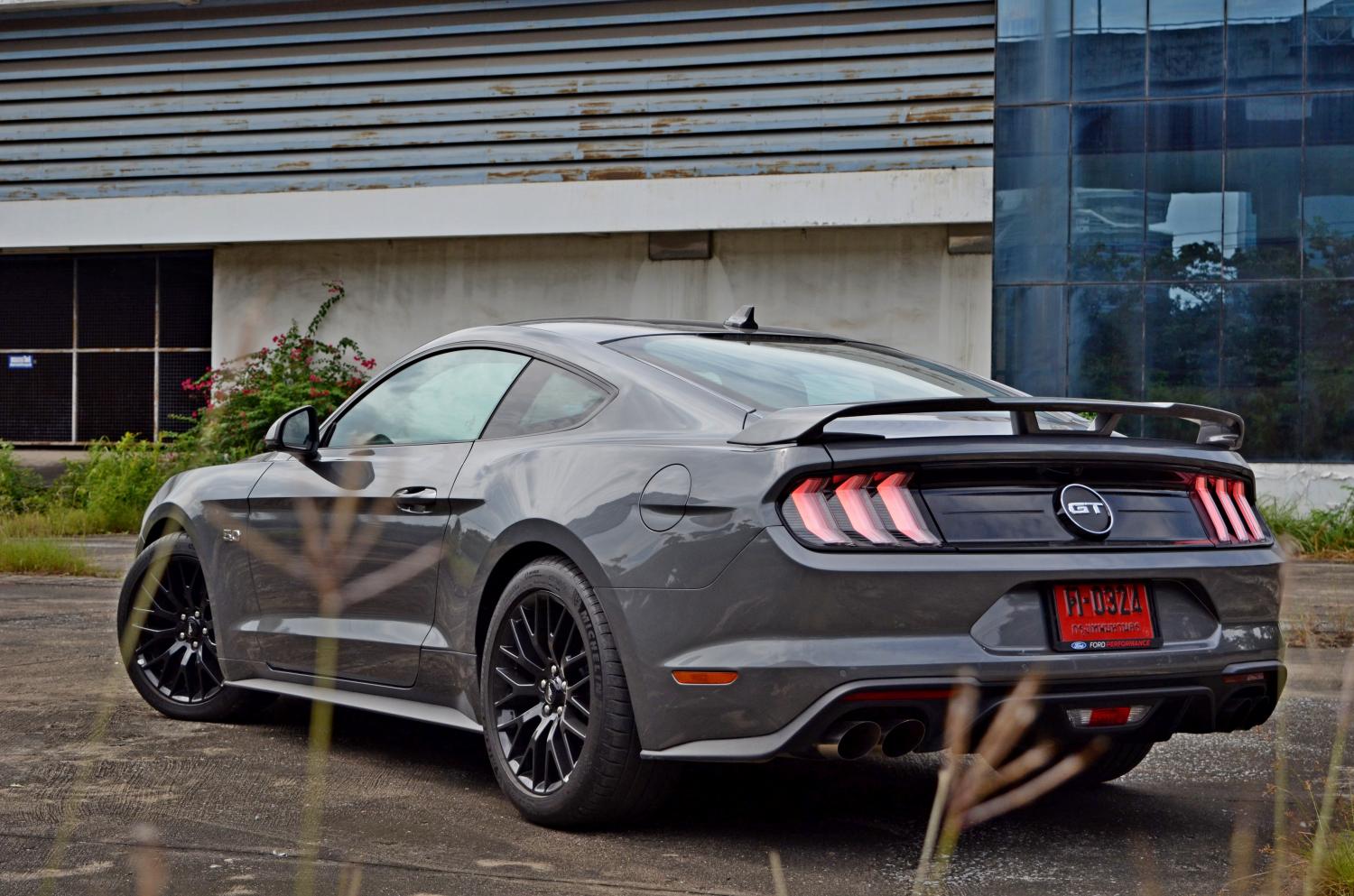 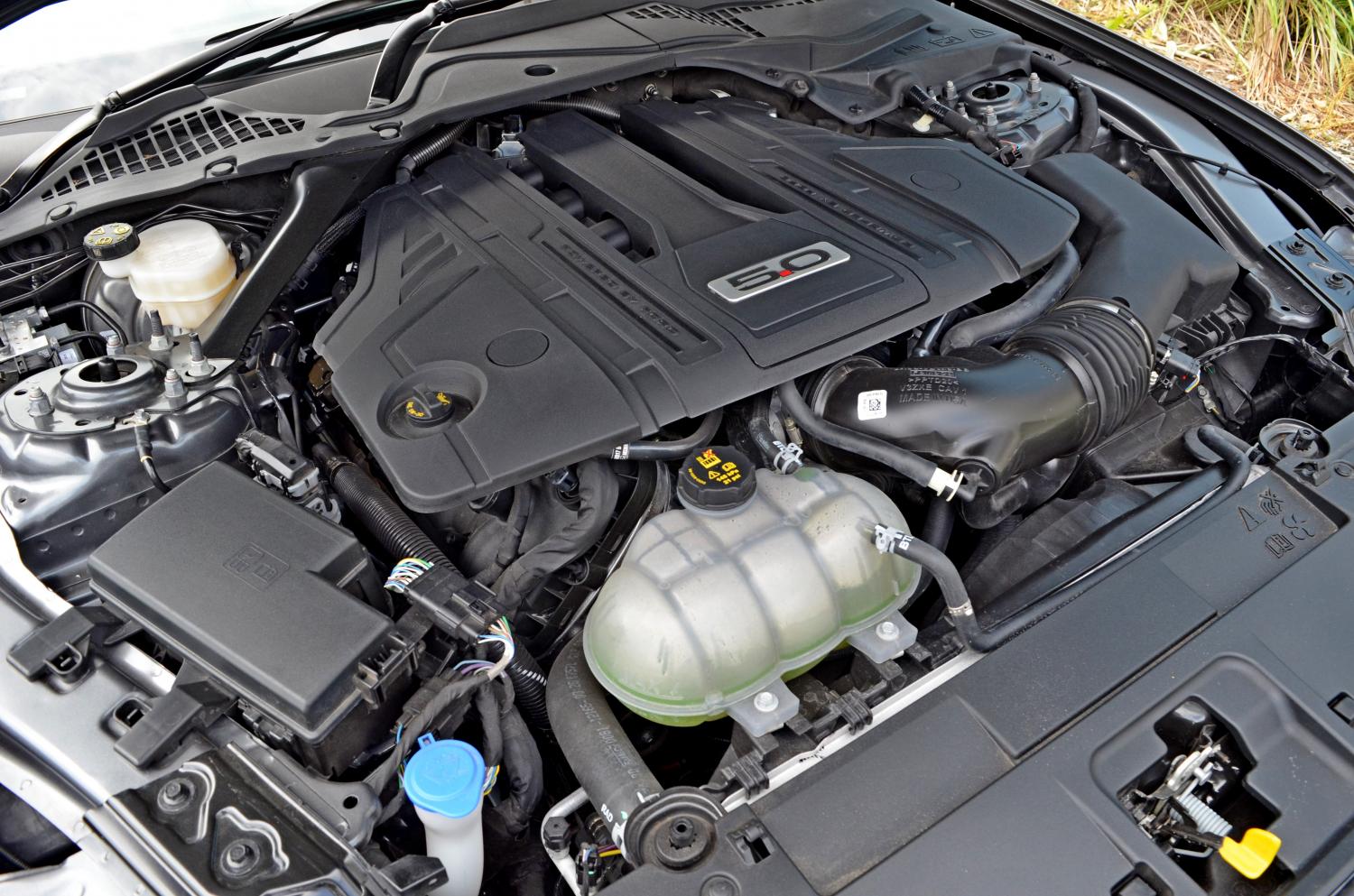