For the next-generation Ranger, Ford considered a variety of options, including the wildly popular existing model and how it might be improved. For this purpose, it conducted significant customer research from seven regions and was brought to this vehicle by the level of human-centred design thinking and how Ford incorporated the vehicle into its customers' lives.The results are overwhelming -- the all-new Ford Ranger is loaded with a bunch of new features that sets a new benchmark in the 1 tonne pickup market. We selected the top 10 features that put this model at the top the podium.

Ford has moved the front wheels 50mm towards the front for a better approach angle and outboard for better off-road articulation, both of which improve the off-roading experience. The Ranger measures 1,848mm in height, 5,389mm in length, 1,850mm in width that brings about a total of 2,246kg of unladen weight. The Ranger WILDTRAK 2.0 Bi-Turbo 4x4 comes standard with 265/60 R18 tyres up front and 265/60 R18 tyres at the rear. There's 232mm of ground clearance with a 3,500kg braked and 750kg unbraked towing capacity.

Customers can upgrade to wider wheel mouldings to allow bigger wheels and tyres to fit in.

Tough look for the front end with large Ford logo plus upper grill, central bar design that ties in with high-tech Matrix LED headlights. Also built with maximum road safety when it comes to pedestrian protection. 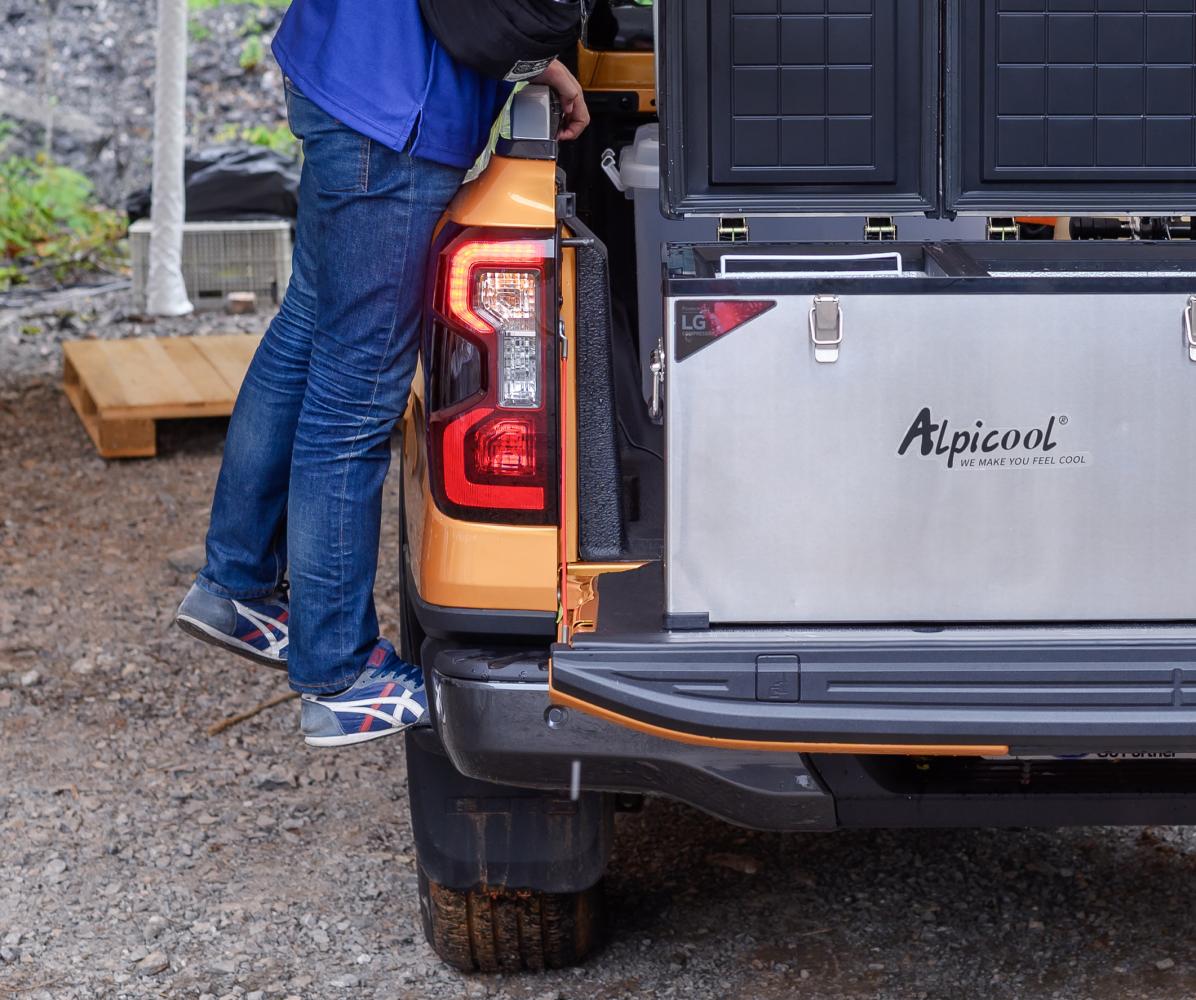 Observing consumers interacting with their trucks, when customers were loading items into the beds many had trouble reaching over the side of the truck, especially after the tailgate has been shut. The idea of a box step, placed strategically behind the rear tyres on both sides, creates easy access. This is one of the most popular features in the new Ranger. 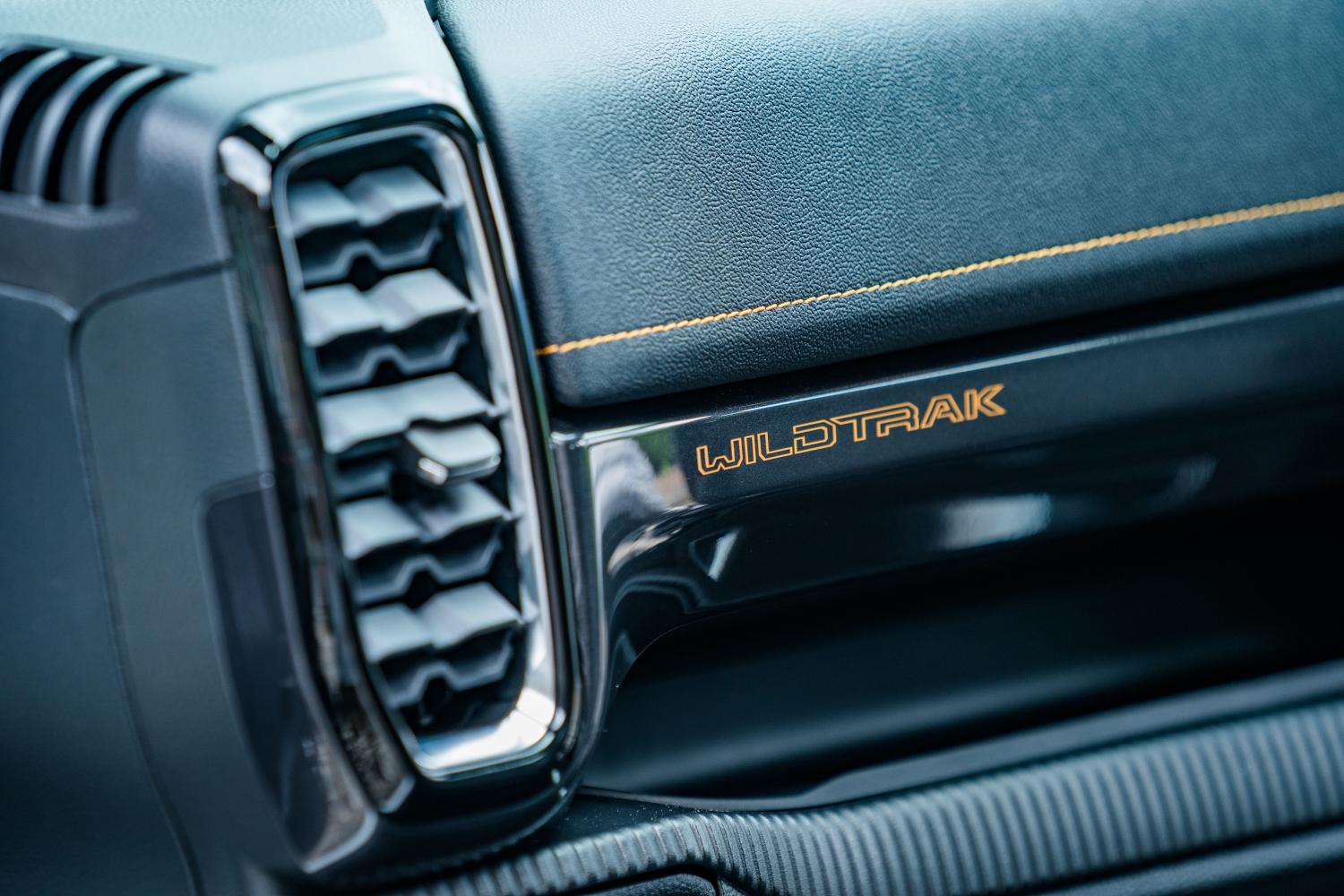 There are not only places to store your phone or charge it wirelessly, but also a large centre console bin to stash things. In addition, the door pockets are designed to carry more, the wide "coast-to-coast" dash conceals an upper glove box and there are storage bins under and behind the rear seats.

The Ranger comes with a 12-inch centre touchscreen linked with 360-degree camera and the latest Ford SYNC4 advance technology that allows drivers to connect their mobile phones with Apple CarPlay or Android Auto within a few seconds. There's also the FordPass app offering remote functions via phone too. Many of the traditional driving mode controls have been moved from the dash and centre console to their own dedicated display on the SYNC screen. 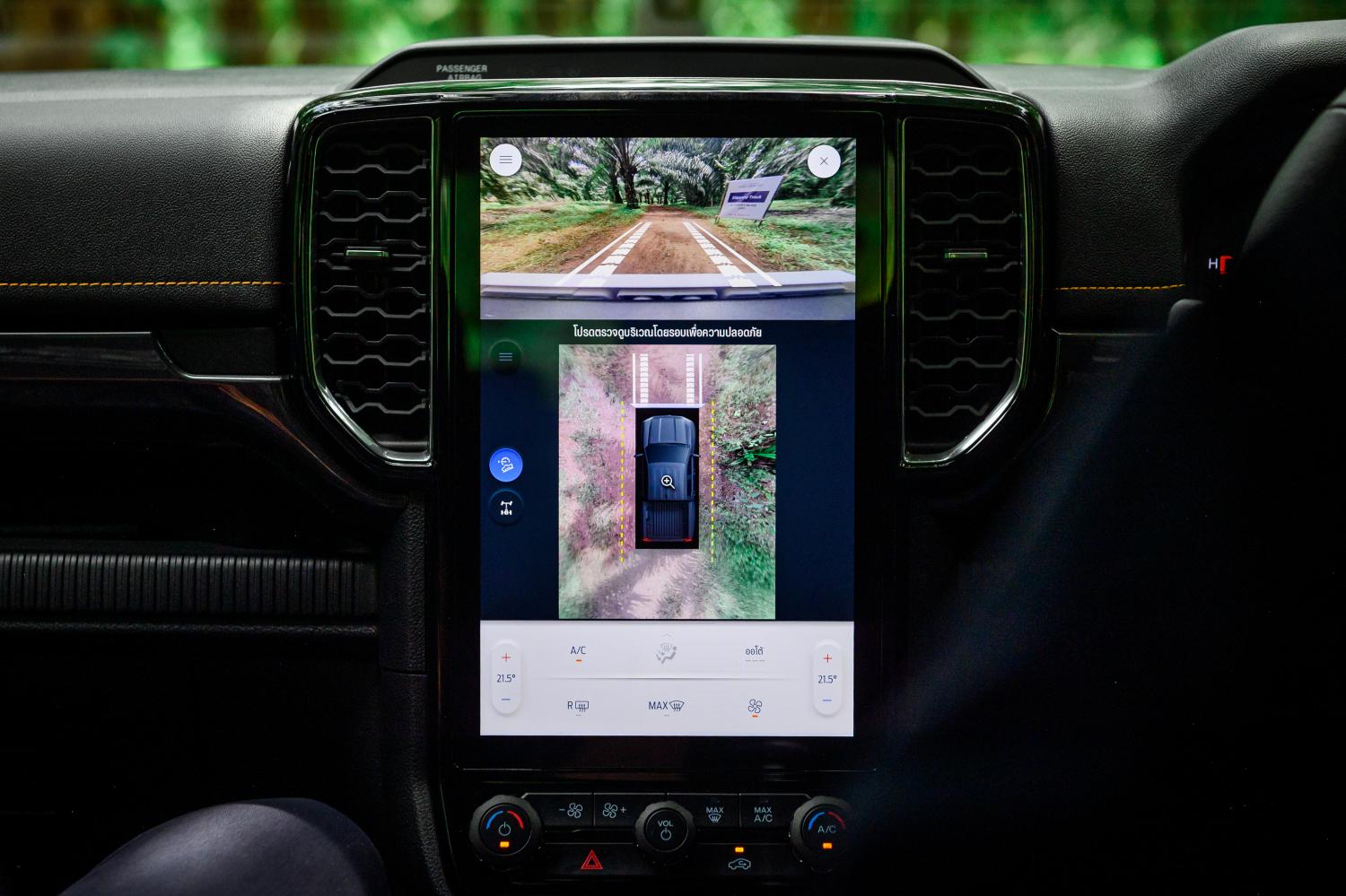 Quickly switch between 2H, 4H and 4L. The large turning knob is easy to use. With one button press, drivers can go to Ranger's dedicated screen for all off-road and drive modes where they can monitor the driveline, steering angle, vehicle pitch and roll angles and other controls. 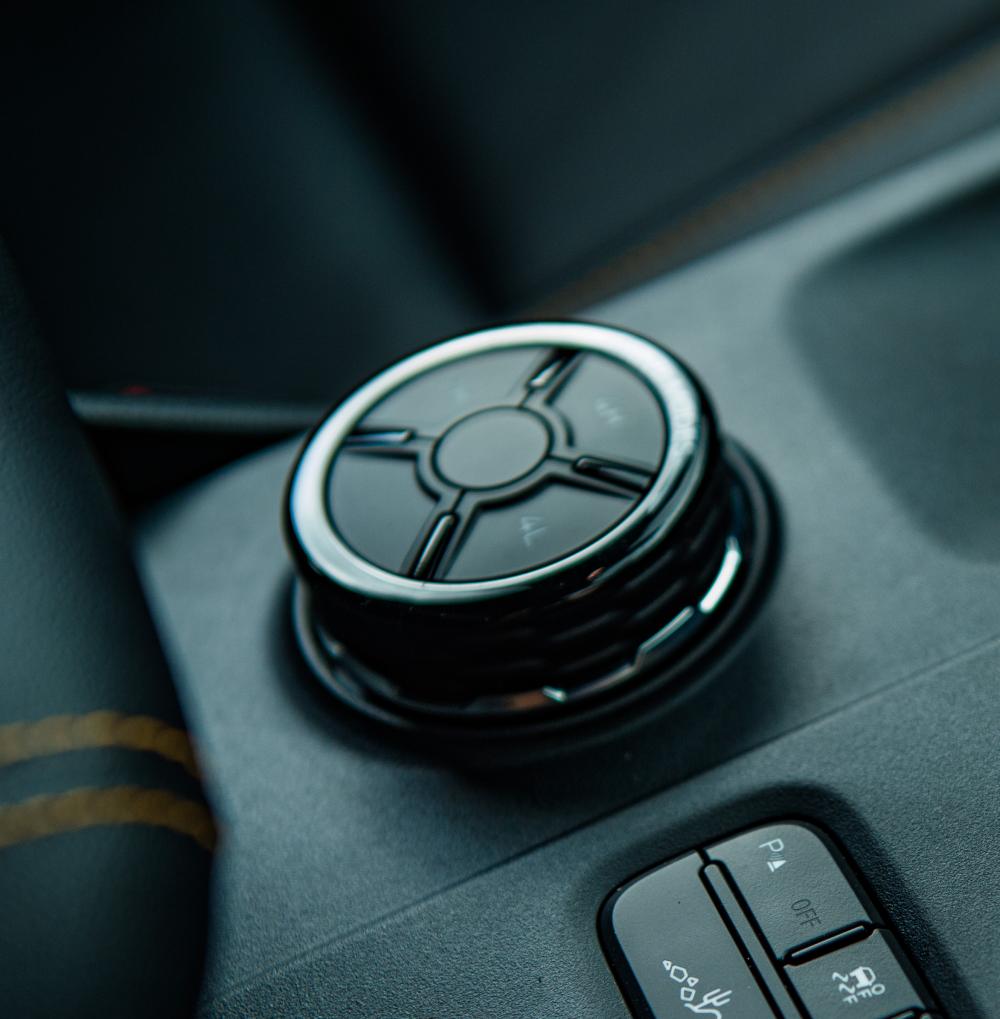 Built-in power sockets connected to the battery allows customers to be able to work in mobile locations. The liner comes with dividers to hold various sized items -- like timber or toolboxes. Owners also can create smaller compartments to store objects, using a system of ultra-strong spring-loaded cleats that clip into rails bolted to each side of the cargo box. The tailgate can also double as a mobile workbench with an integrated ruler and clamp pockets to measure, grip and cut building materials. 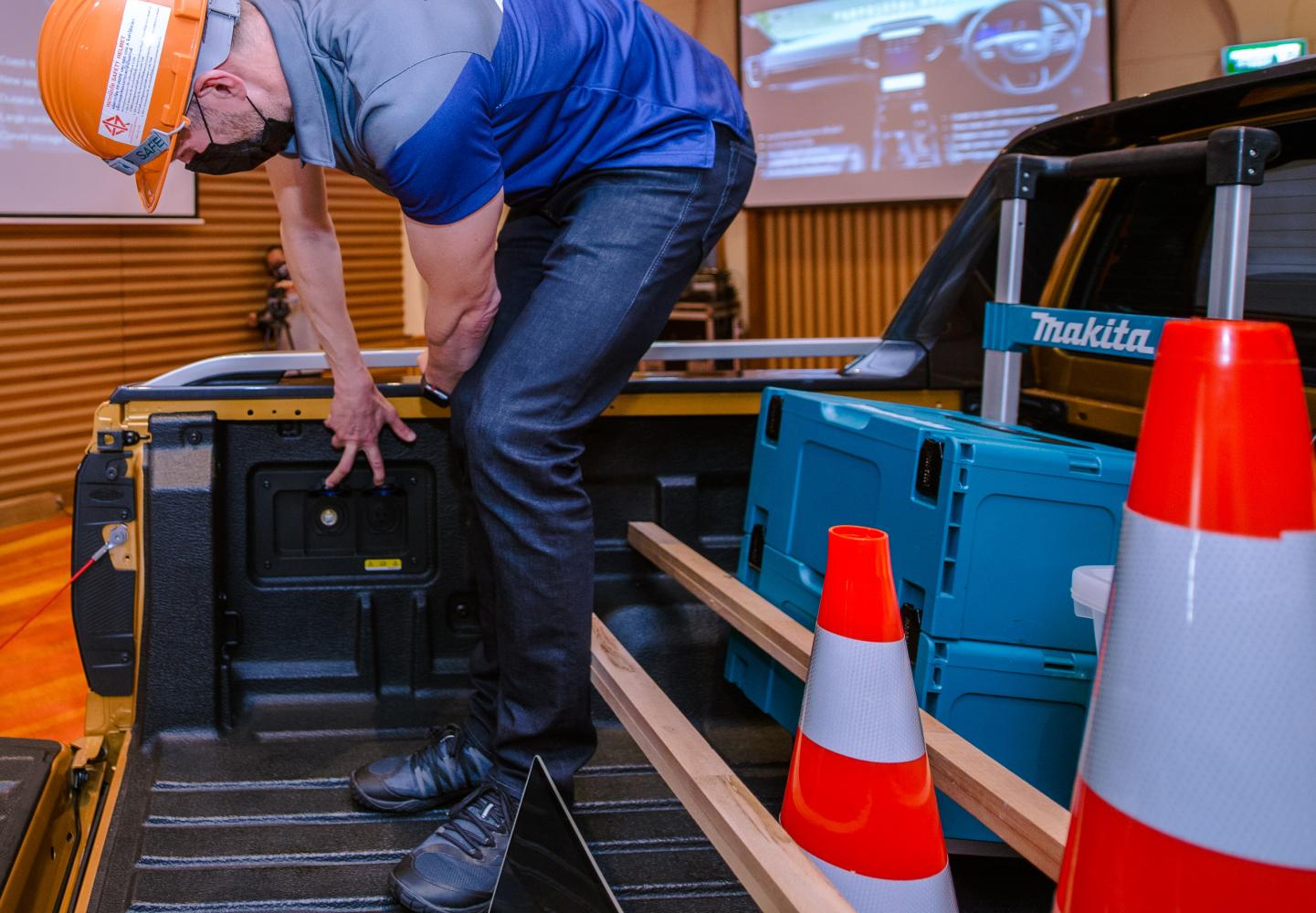 Controlled via the in-cabin SYNC screen or through the FordPass app -- the system provides 360-degree lighting around the truck to help give customers better visibility around the vehicle. Load box lighting is provided under the left- and right-hand rails and provides plenty of light for finishing up jobs in low light or finding things in the cargo box at night.