An upgraded Almera provides a ride that belies its diminutive displacement

For the 2022 model year, Nissan is offering a special version of the Almera eco car that comes with an upgraded look as well as a comprehensive advanced safety package. 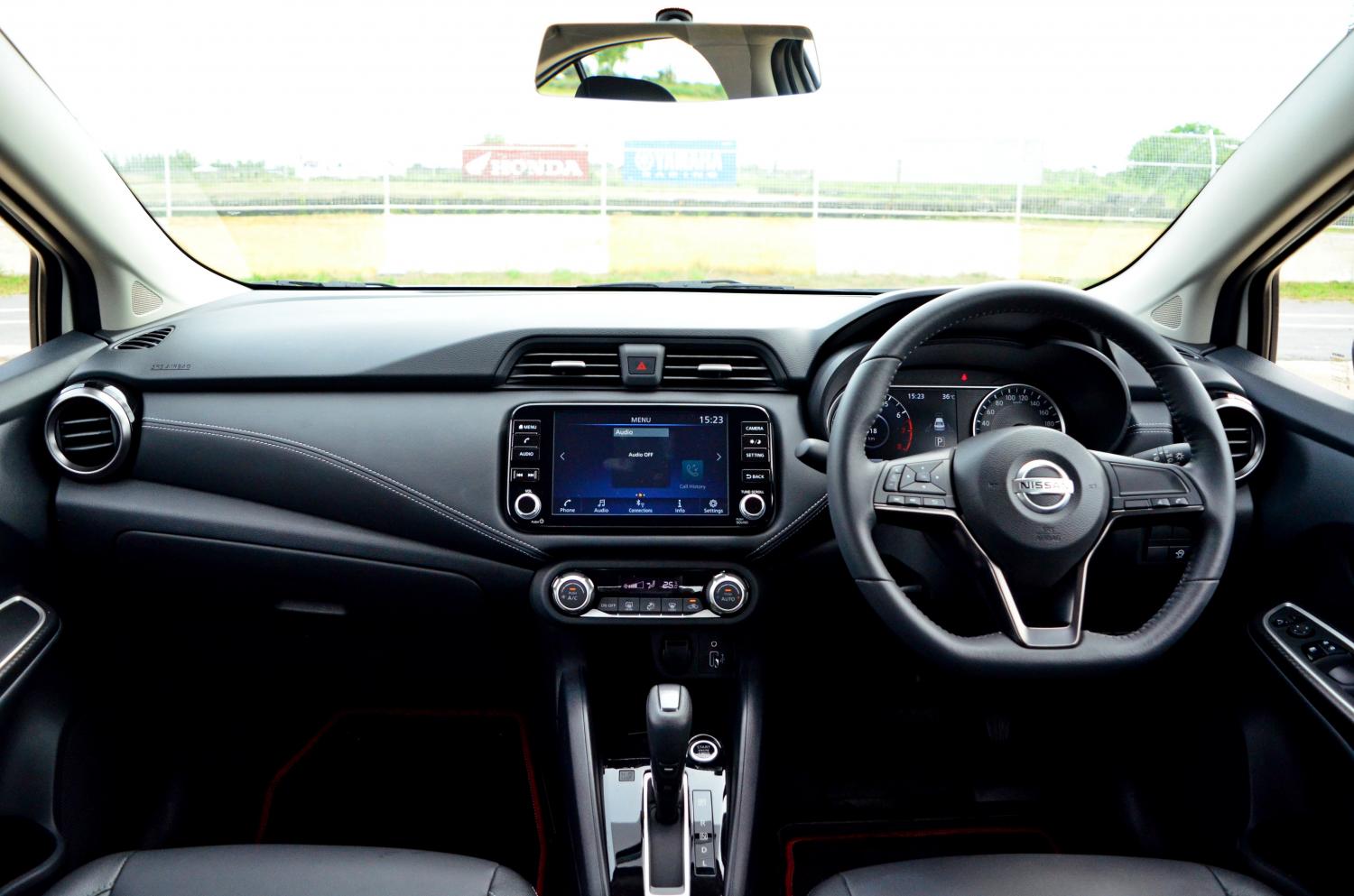 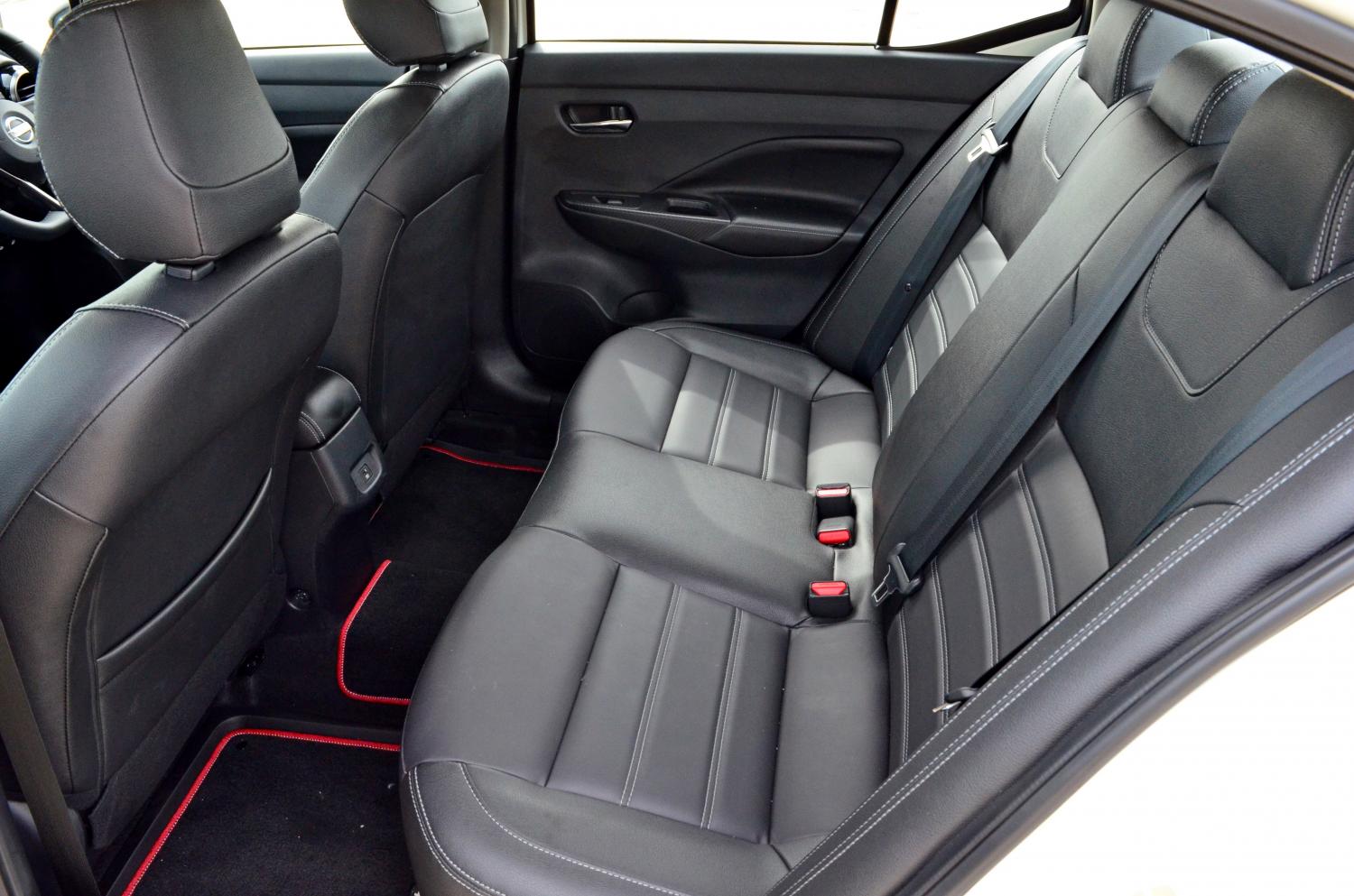 Being the latest addition to this line-up, the Almera VL Sportec is expected to attract customers with its premium exterior looks as well as smooth engine performance and a good number of tech features.

The Almera VL Sportec gets special exterior treatment giving it a sporty premium look. Our test car came with the new storm white exterior colour but there's also the gun metallic grey to choose from.

The front end features a V-Motion design with a glossy black radiator grille and accents, as well as a new bumper with a serious-looking lower spoiler lip in silver. Headlights, fog lights and daytime running lights are LED but at the rear, only the brake lights are LED.

The glossy black theme continues to the mirror caps (with LED turn signal), roof and pillars, as well as the rear spoiler. The rear bumper is new too, and features a combination of matte black and silver styling. There are also check-pattern plastic housings for the fog lamps and rear reflectors that look stylish. 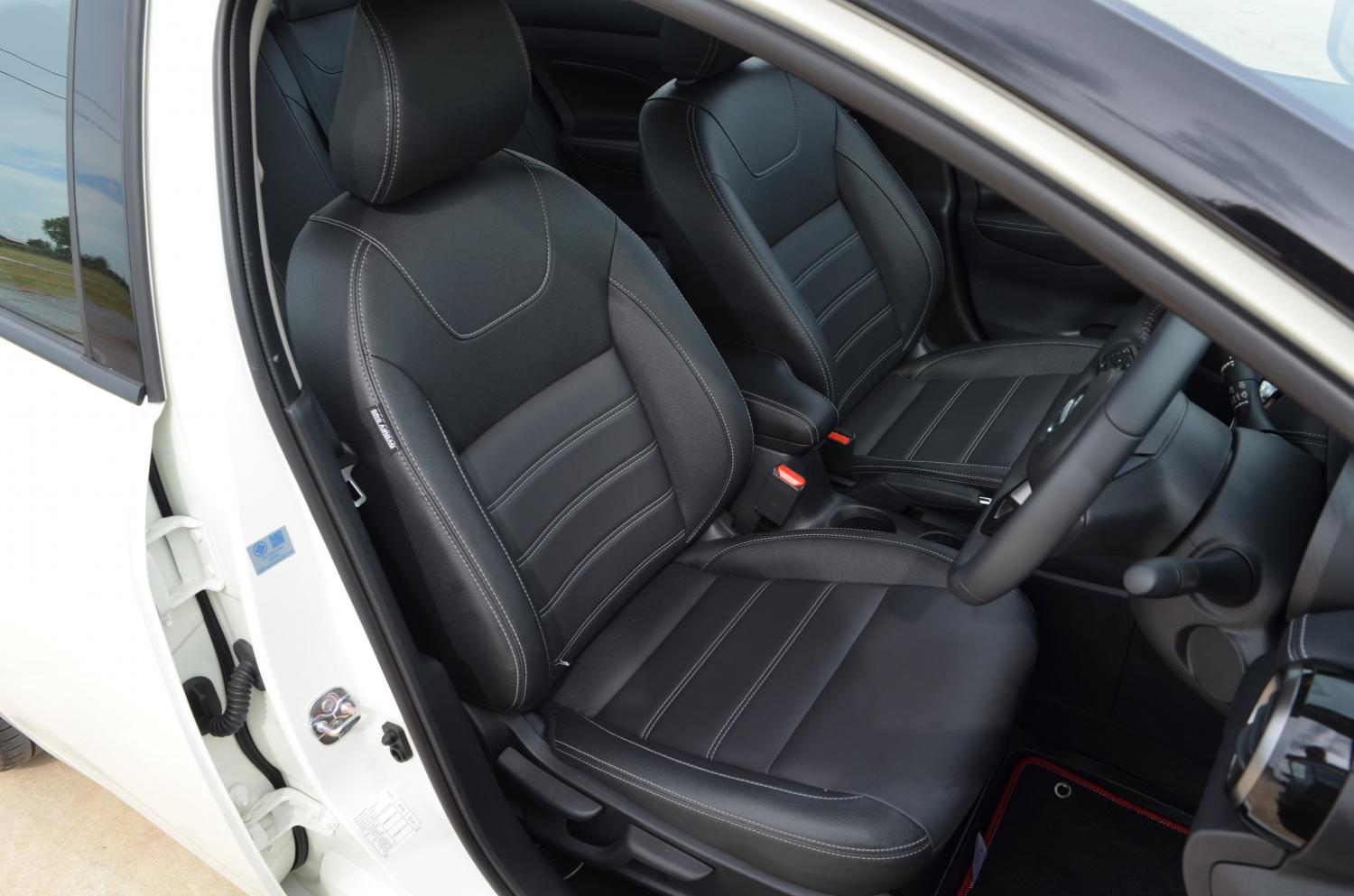 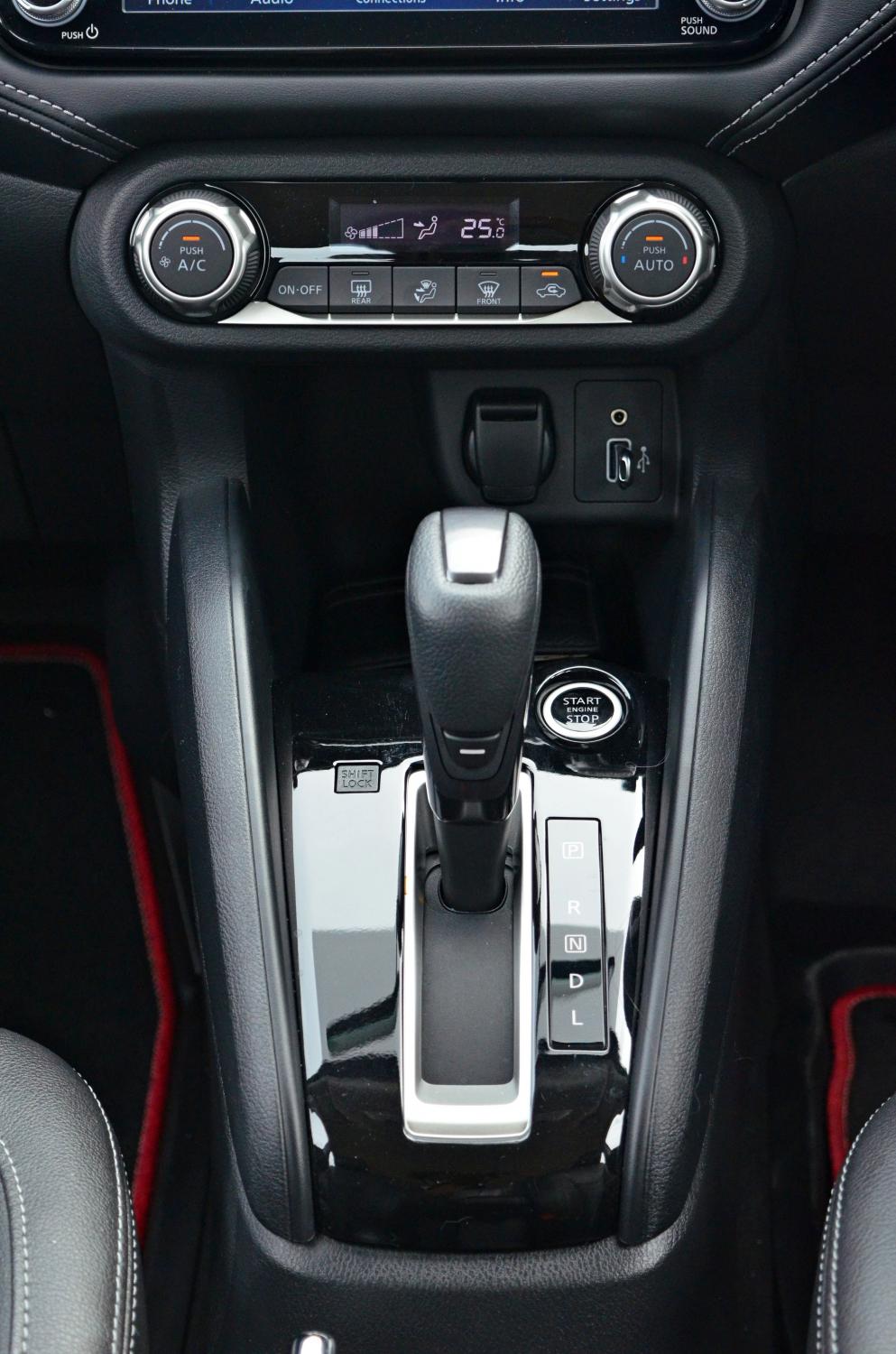 There are new two-tone 15in alloy wheels that look quite sporty despite the high-profile 195/65 tyres.

When the current-gen Almera was launched in 2020, the interior appeared somewhat cheesy with bright colours being used for the upholstery, which was a turn off for many.

Good news is that the 2022 Almera VL Sportec gets a black interior that looks classic and sporty, as well as silver and piano black garnish, plus grey stitching on soft touch PVC on the door panel/centre console and leather steering wheel.

The VL and VL Sportec both come with "quole modure" heat-reflecting seats that look good and feel nice. The multi-function D-shaped steering wheel has both reach and rake adjustment.

An 8-inch touchscreen provides an all-around view that can be selected without having to shift into reverse, and there's also Apple Carplay/Android Auto connectivity (via USB) so you can display Google Maps on the screen. 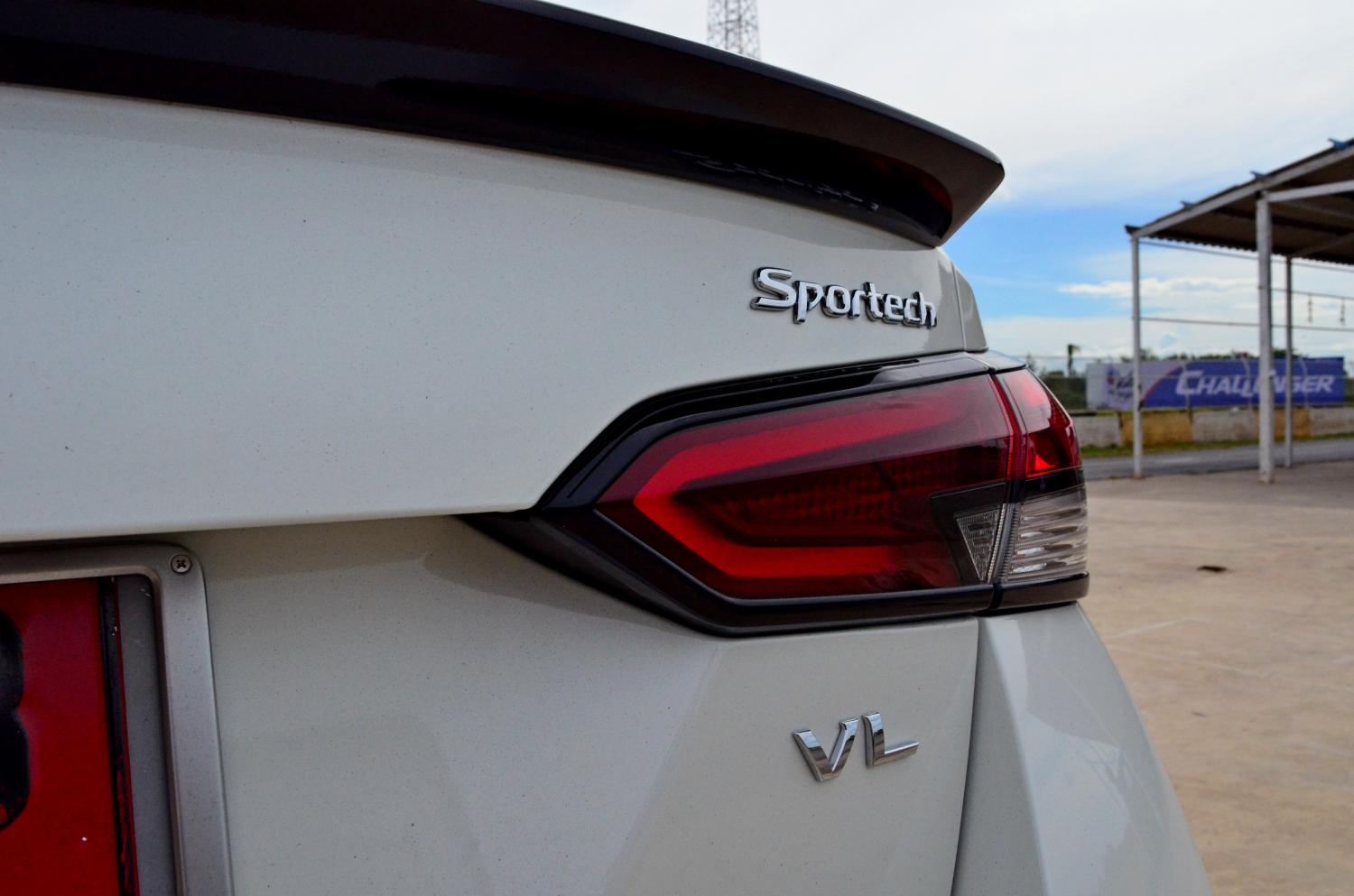 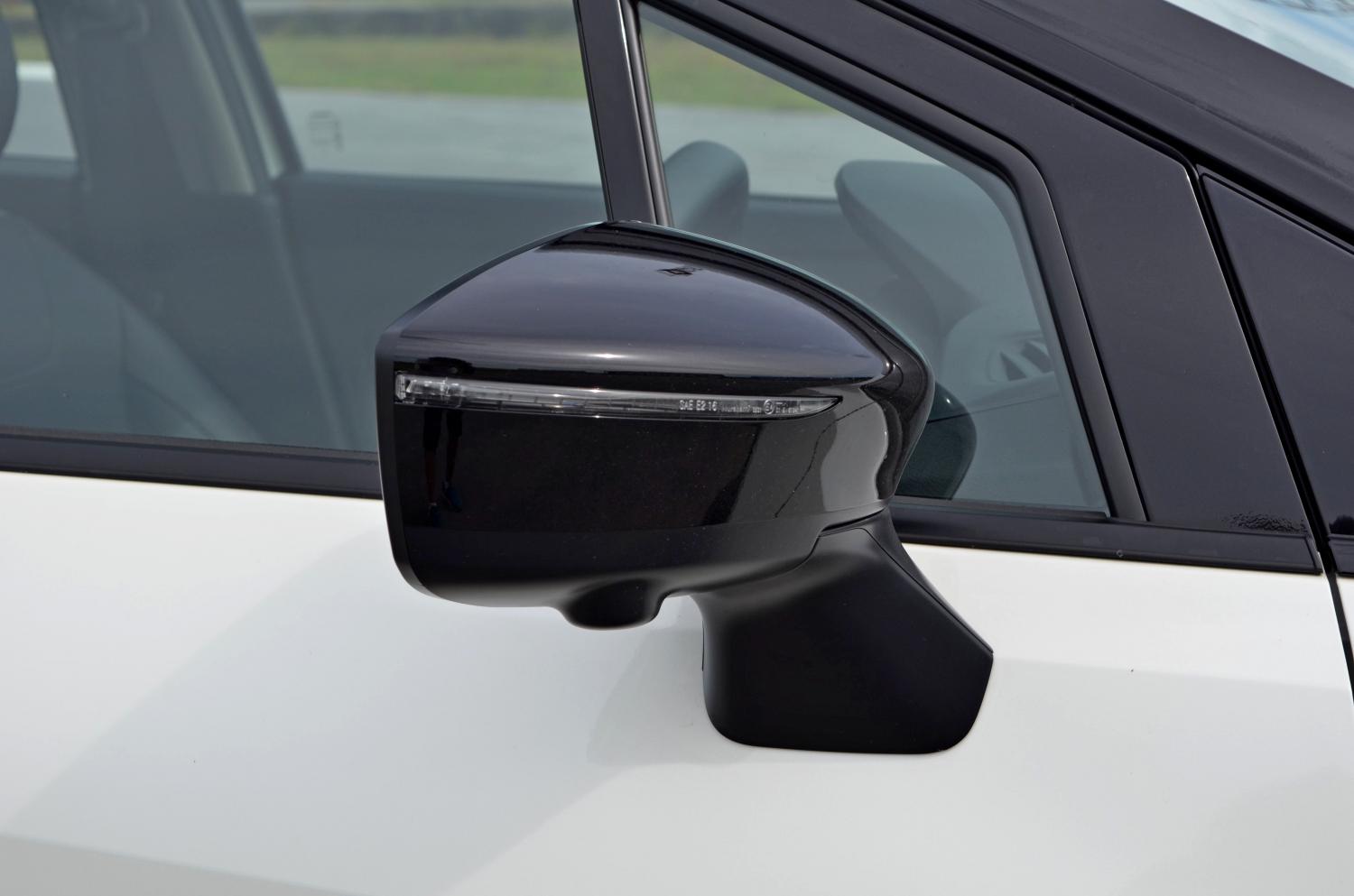 There are two USB ports for the front and one at the rear, plus two 12V outlets. Storage space isn't a strong point in the Almera, with a very small storage bin between the front seats, where the second USB port is hidden. There's not much space for phones and personal belongings, and the size of the glovebox is just average as well.

In terms of space, the Almera shines particularly at the rear with plenty of legroom, although there is just enough headroom for a six-footer and there's no rear armrest like exported versions. Trunk space is among the largest in its class at 490 litres but the noise created when closing the trunk lid (or engine compartment lid) sounds quite flimsy.

The Almera is powered by a 3-cylinder turbocharged engine with a displacement of 999cc, but do not look down on its diminutive size. Maximum output is claimed at 100hp at 5,000rpm while maximum torque of 152Nm is available from 2,400-4,000rpm.

The turbocharger and the continuously variable transmission team up to provide good flexibility and decent acceleration (there's more torque than a 1.5-litre Toyota Vios). However, the exhaust note isn't too inspiring, which is common for 3-cylinder engines (same problem with the Honda City 1.0 turbo).

Acceleration from 0-100kph takes 11.3secs and it's possible to reach 180kph in the Almera, although I think that's already a little too fast for an eco car suspension. The average fuel consumption according to the Thai Eco Sticker is 23.3kpl. 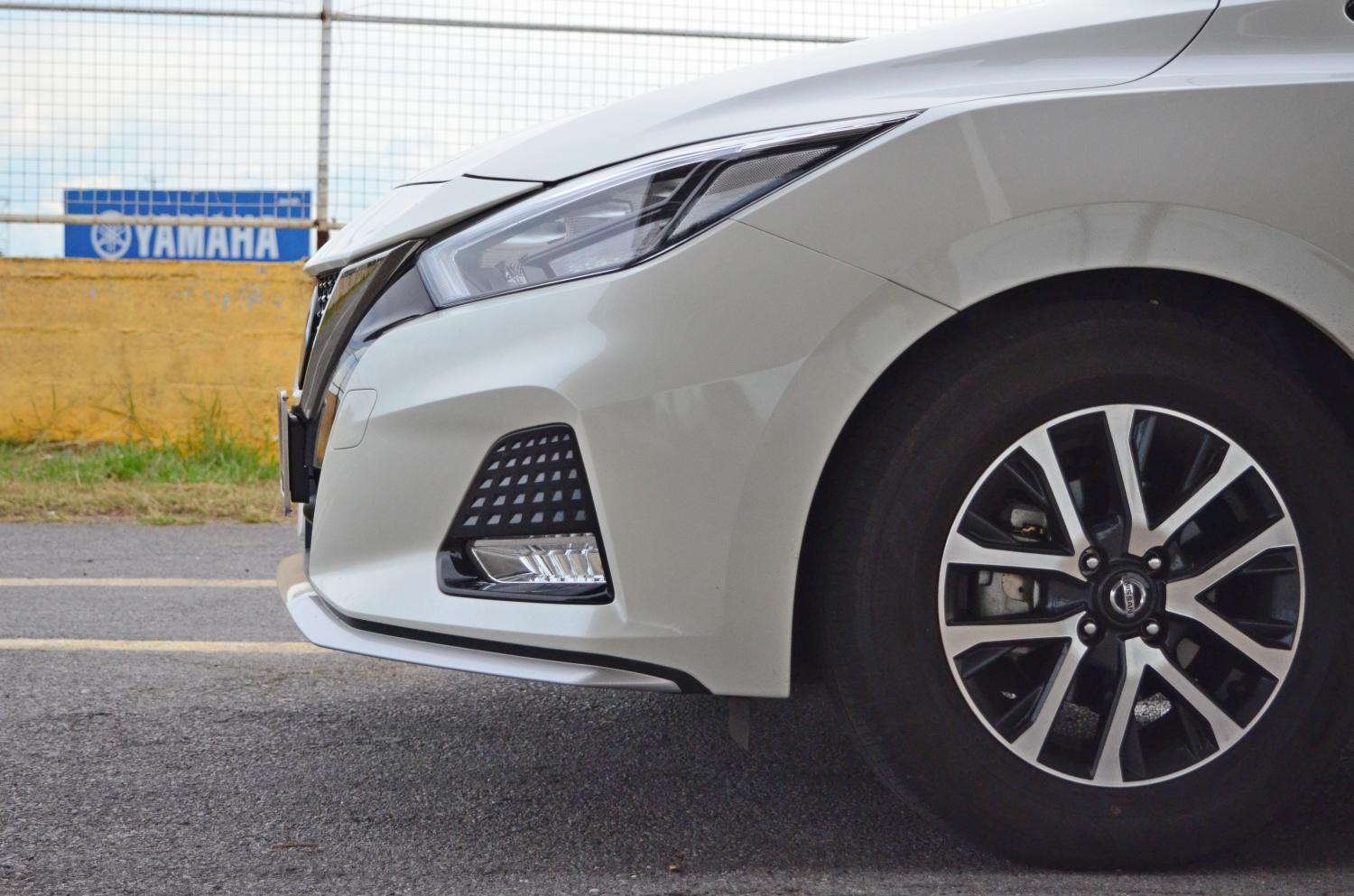 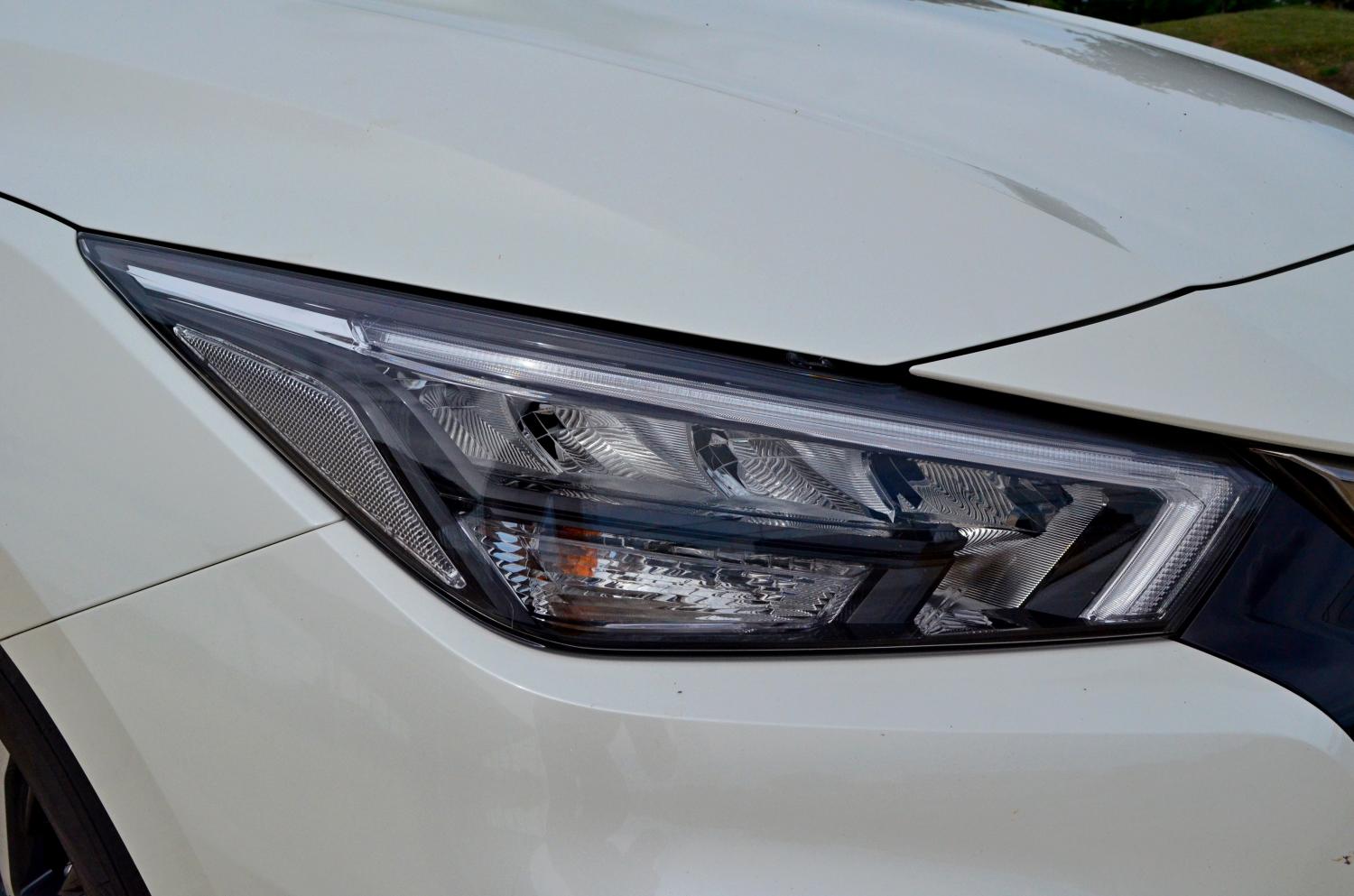 The Almera VL Sportec provides a smooth ride most of the time (up to 120kph), succumbing only to broken roads, deep potholes and sharp speedbumps. The front strut and rear torsion beam suspension features stabilisers at both ends. I also had a chance to drive the Almera at the Thailand Circuit in Nakhon Pathom and had no problems getting around the 2.5km circuit at a fast pace.

It revved up nicely and held on to corners with decent grip levels. However, the steering is a bit slow to react, which could be a result of the high-profile, energy-saving Dunlop tyres. While the grip is good, replacing them with sportier low-profile stuff (like 195/55) should help sharpen the steering and make the car more fun to drive.

Brakes are firm, but you get just drums at the rear. It is cost-effective both for the manufacturer and user (when having to replace brake pads), but rear discs would definitely give a better stopping performance.

For an additional 20,000 baht over the standard VL, the Sportec treatment does wonders for the flagship Almera VL in terms of appearance, making it look much more premium than a regular eco car. Add that to a healthy package of advanced safety and convenience features, and you get an attractive budget saloon priced below 700,000 baht.

Pros: Attractive styling inside and out, good torque, advanced safety
Cons: Not much storage area in cabin, limited rear headroom 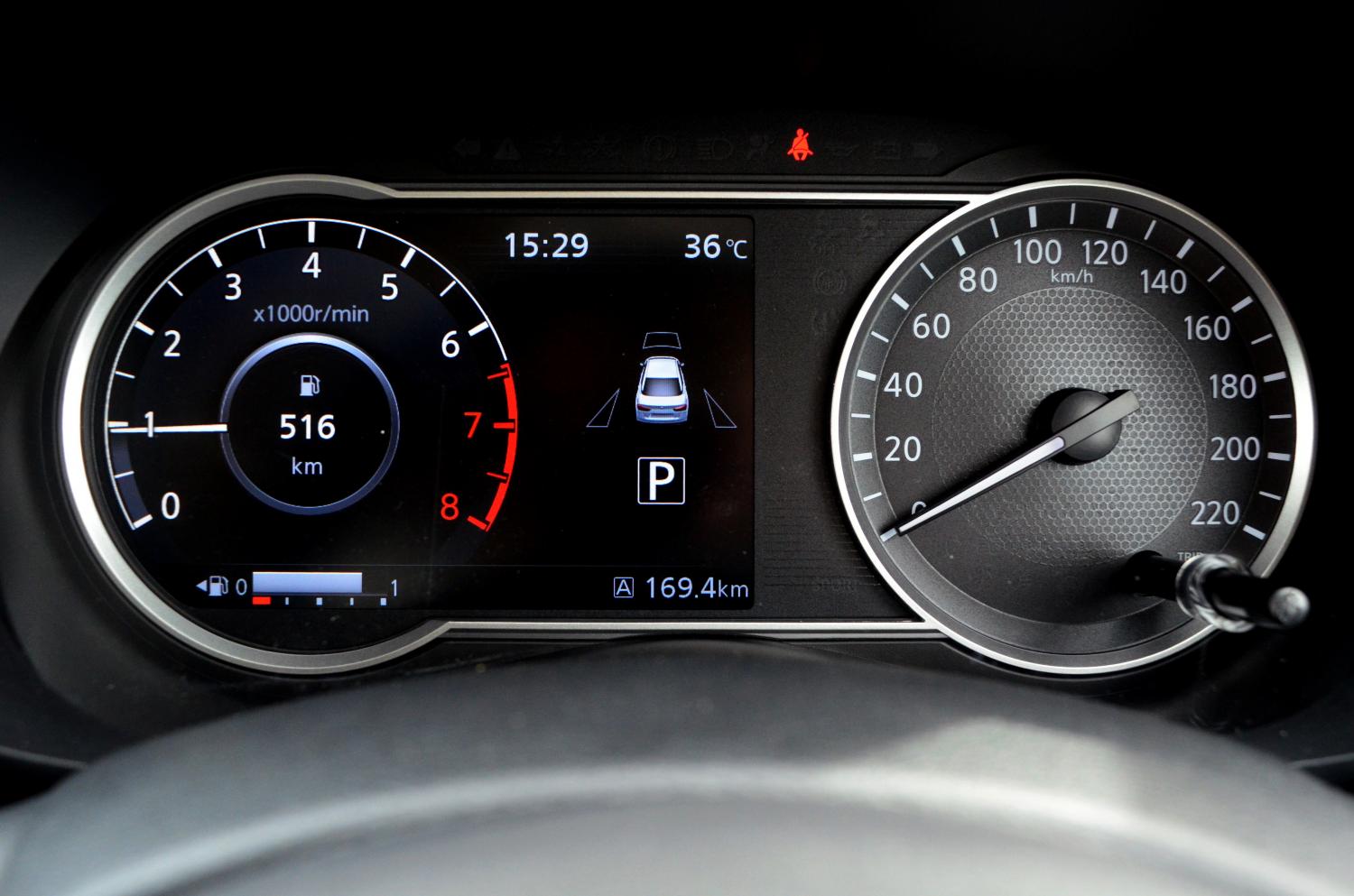 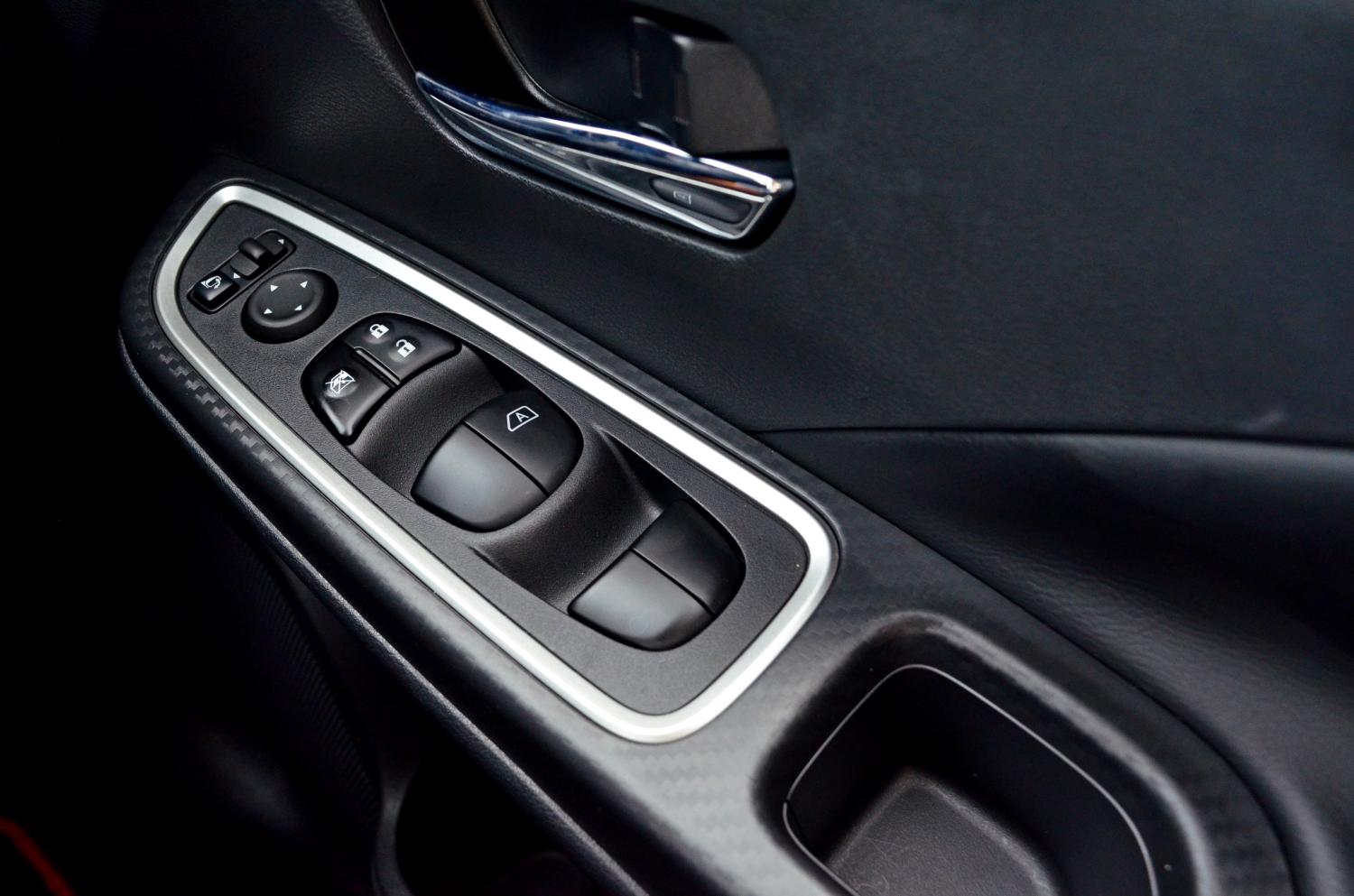 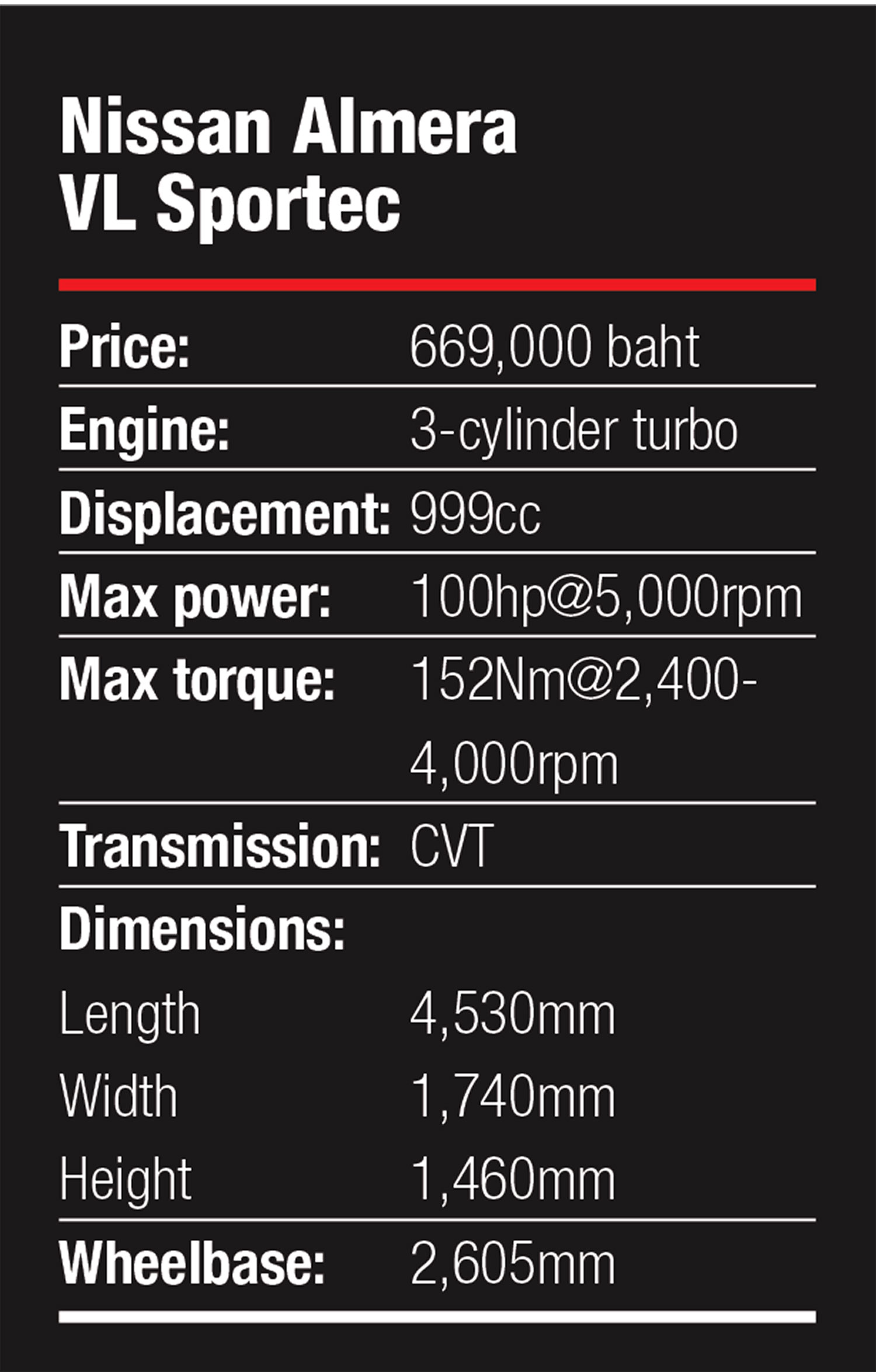