Heavyweights unveil new and updated models in the SUV segment

While the automobile industry faced semiconductor shortages as well as decreased consumer purchasing power during the first half of the year, automakers began to line up to launch a large number of new and updated models, particularly in the crossover/SUV segment.

While the 2022 Nissan Kicks Hybrid and Mazda CX-8 feature minor changes and have just been launched, there are also all-new models to be introduced later this month such as the Honda BR-V as well as the MG VS HEV, all of which are expected to stimulate growth in the Thai automobile market. 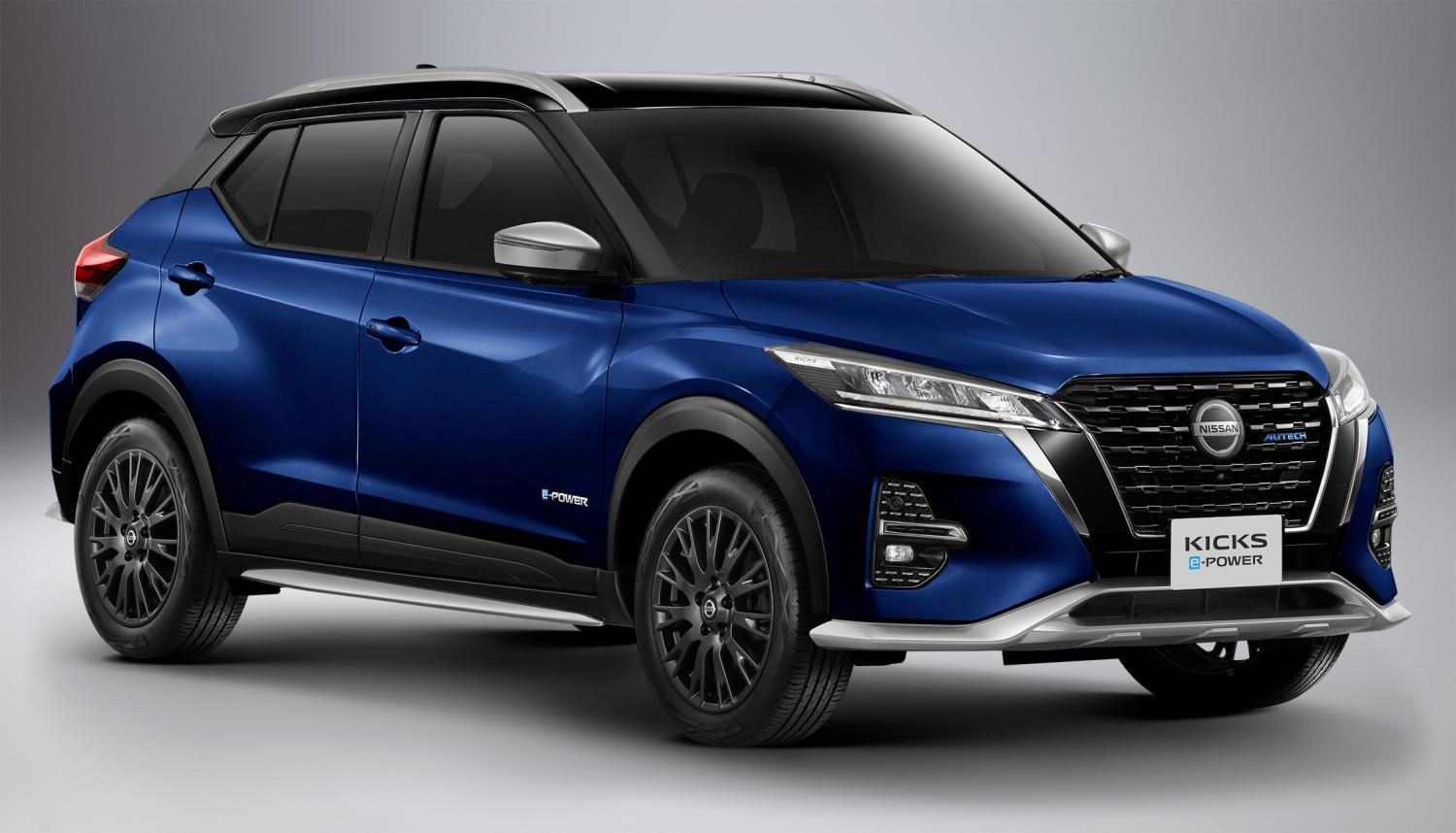 The 2022 Nissan Kicks Hybrid comes with a second-generation e-POWER powerplant featuring an integrated electric motor and inverter, as well as a new 2.06kWh lithium-ion battery that's locally assembled and is 30% more efficient.

The result is more power and torque -- 136PS and 280Nm compared to 129PS and 260Nm in the previous version. Nissan says that acceleration is smoother while the response is also improved, giving drivers a similar experience compared to pure EVs.

The 1.2-litre engine in the Kicks is used as a range extender, meaning that it does not power the wheels directly, but is used to generate electricity for charging the battery. 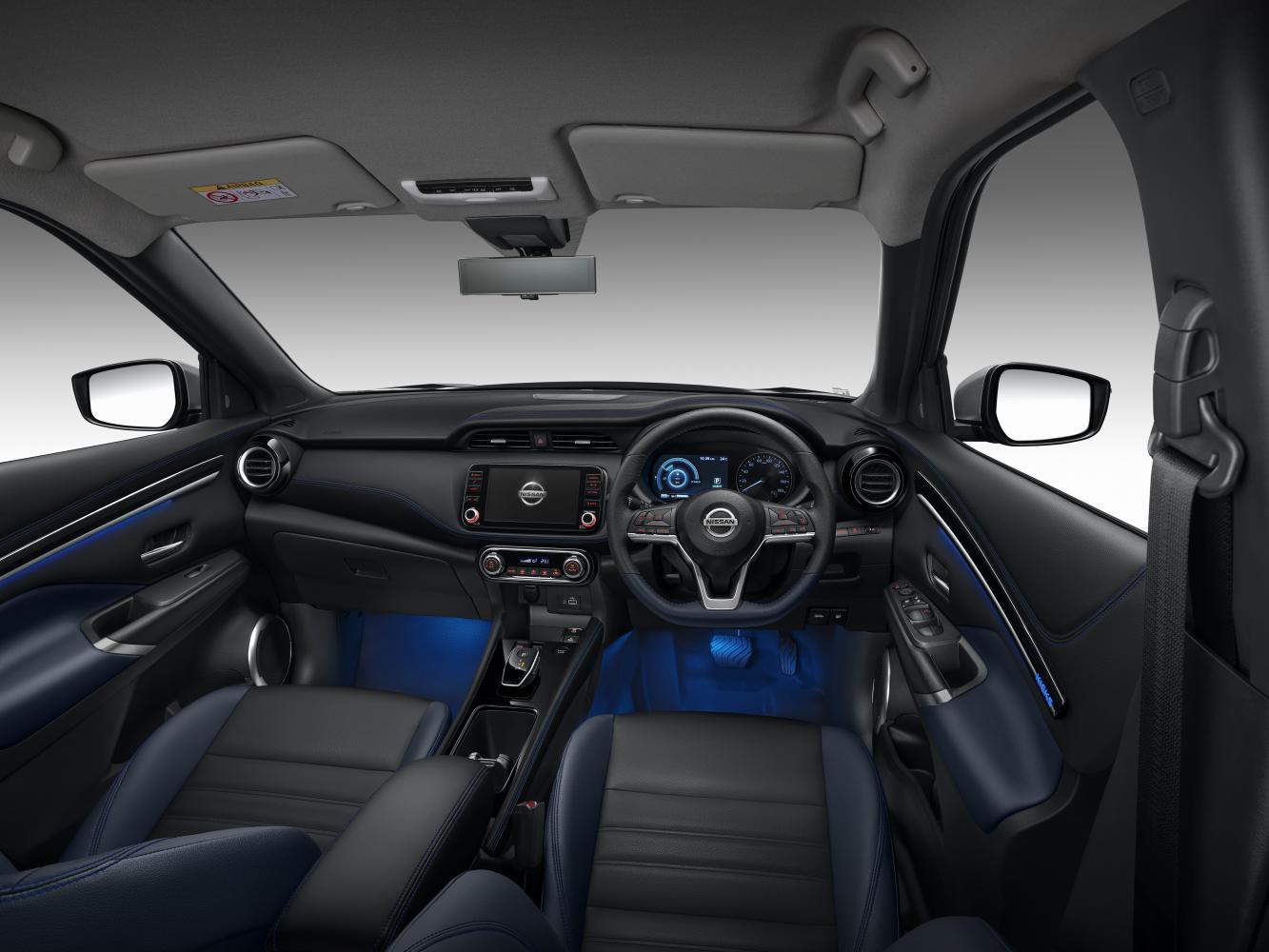 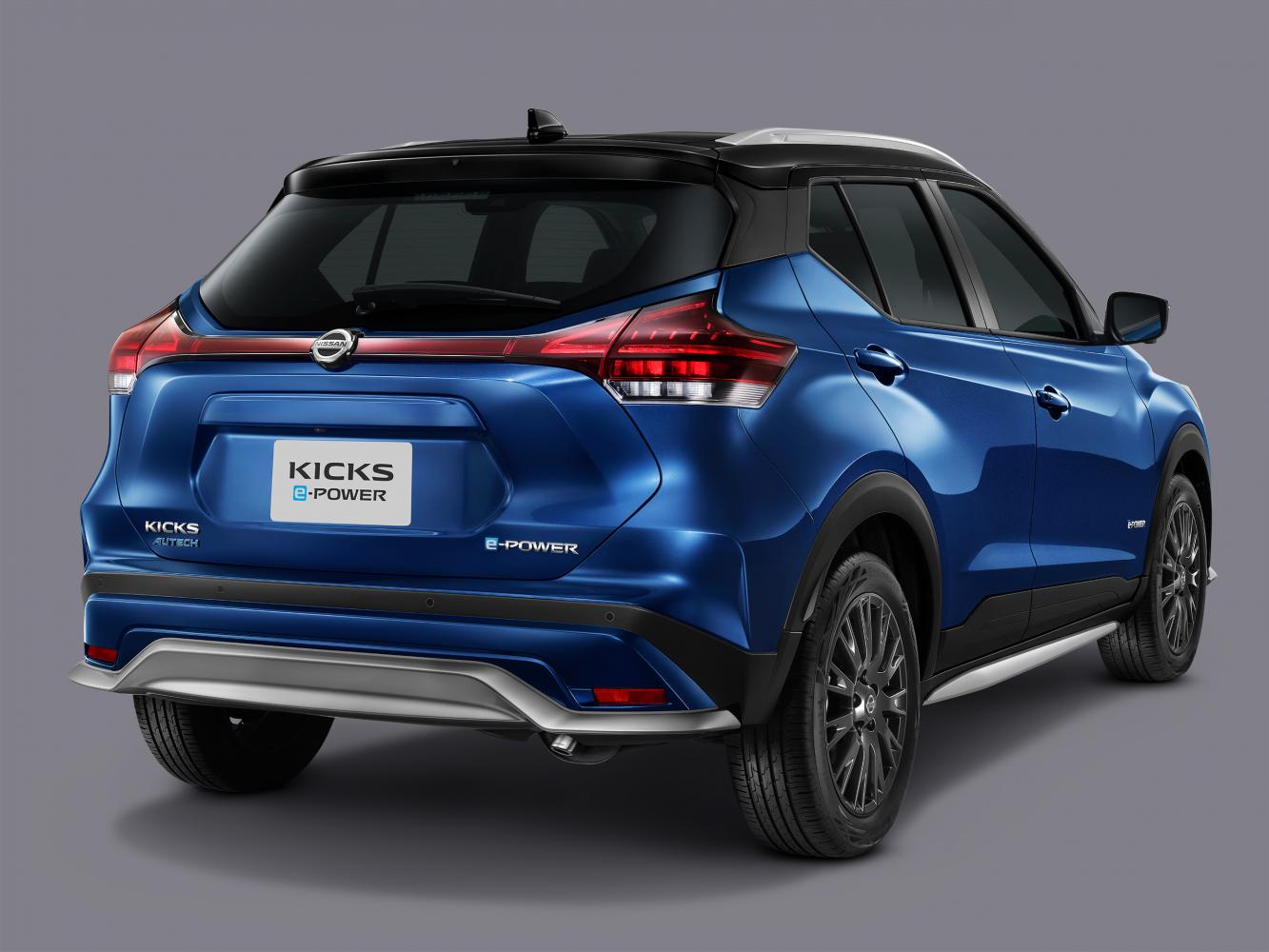 Nissan claims average fuel consumption of 23.8kpl when driven in the overall mode.

While the original Kicks interior was not impressive, the updated model gets notable improvements with more soft-touch materials and a new shift knob. The cupholder now fits all sizes and the infotainment system with an 8-inch touchscreen is compatible with both Apple CarPlay and Android Auto.

The top trim level is the AUTECH variant that comes with sporty features. They include a black roof and blue body colour theme, alloy wheels and silver trim at the front, side and rear. The interior features black and blue accents. 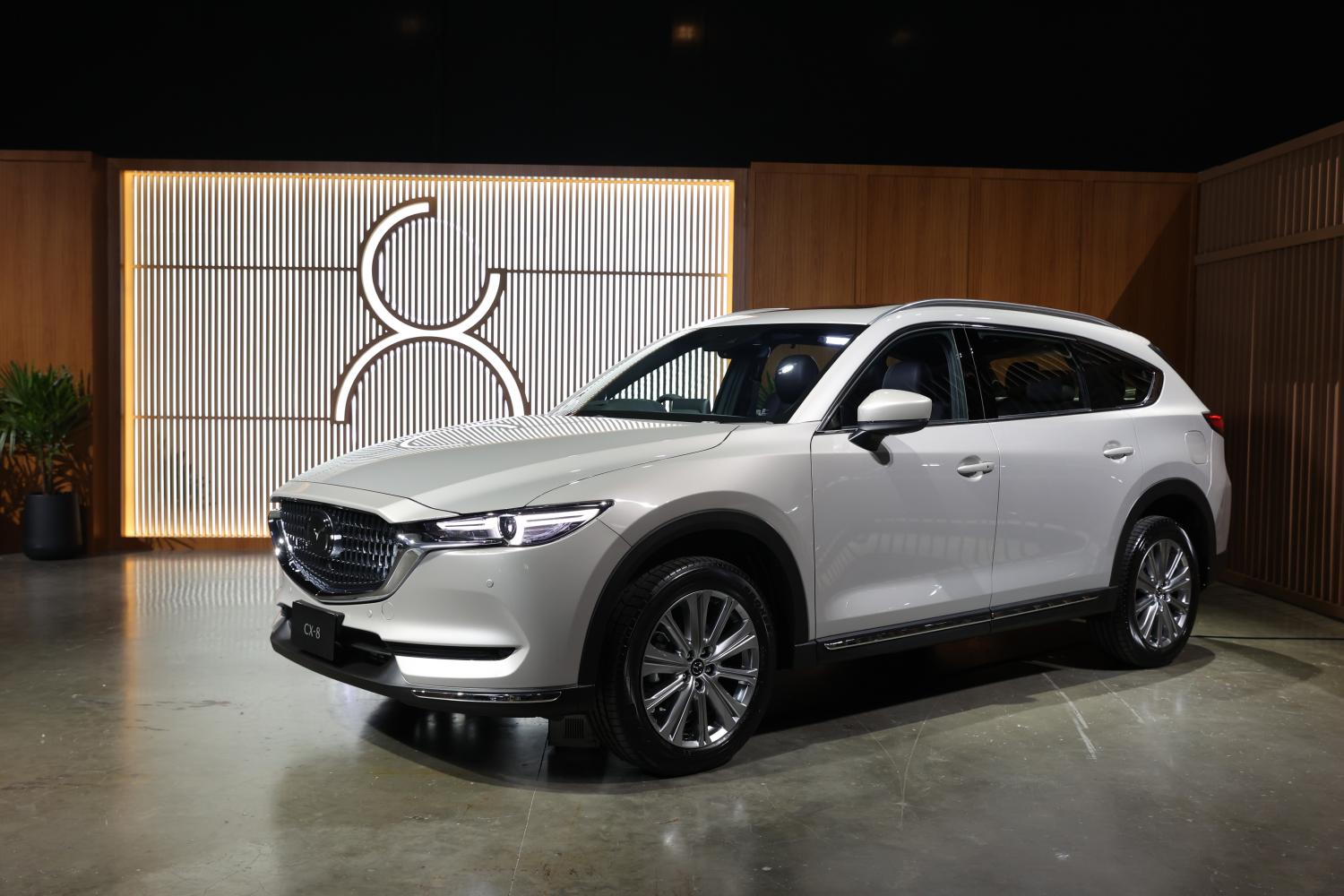 It took some time for Mazda Thailand to finally introduce the facelifted CX-8 crossover that comes with upgrades in terms of safety and convenience.

The CX-8 line-up starts with three gasoline models while the top two variants are diesel-powered. There isn't much change in terms of the appearance of the crossover with the KODO Design, and the 2022 model comes with a new gun metallic front grille and 19in alloy wheels (as well as two new exterior colours).

The standard i-Activsense intelligent safety system now features MRCC (Mazda Radar Cruise Control) with Stop & Go function that automatically adjusts the vehicle speed to maintain a safe distance to the car in front. It can also bring the CX-8 to a complete stop in traffic and take off again once traffic moves. 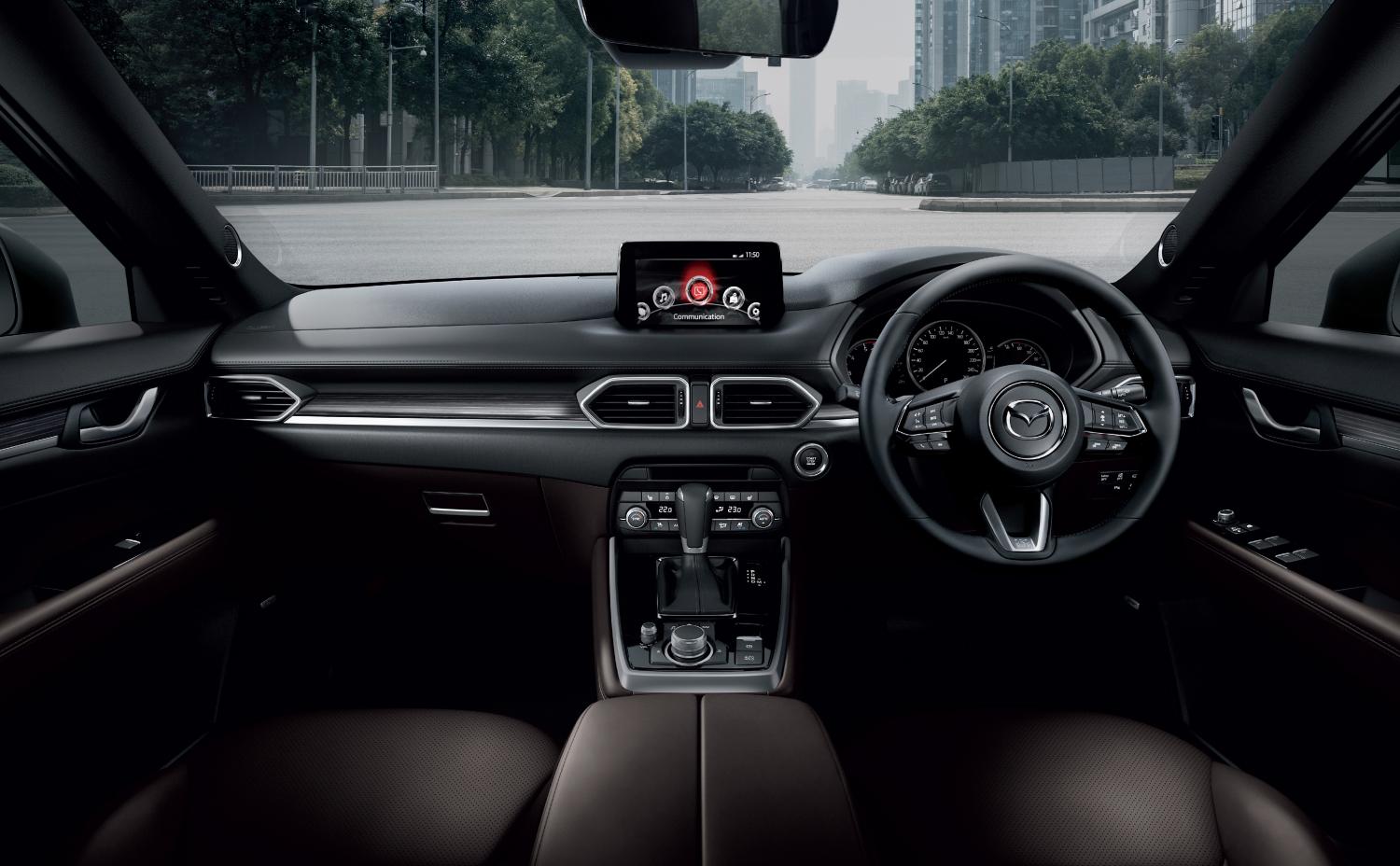 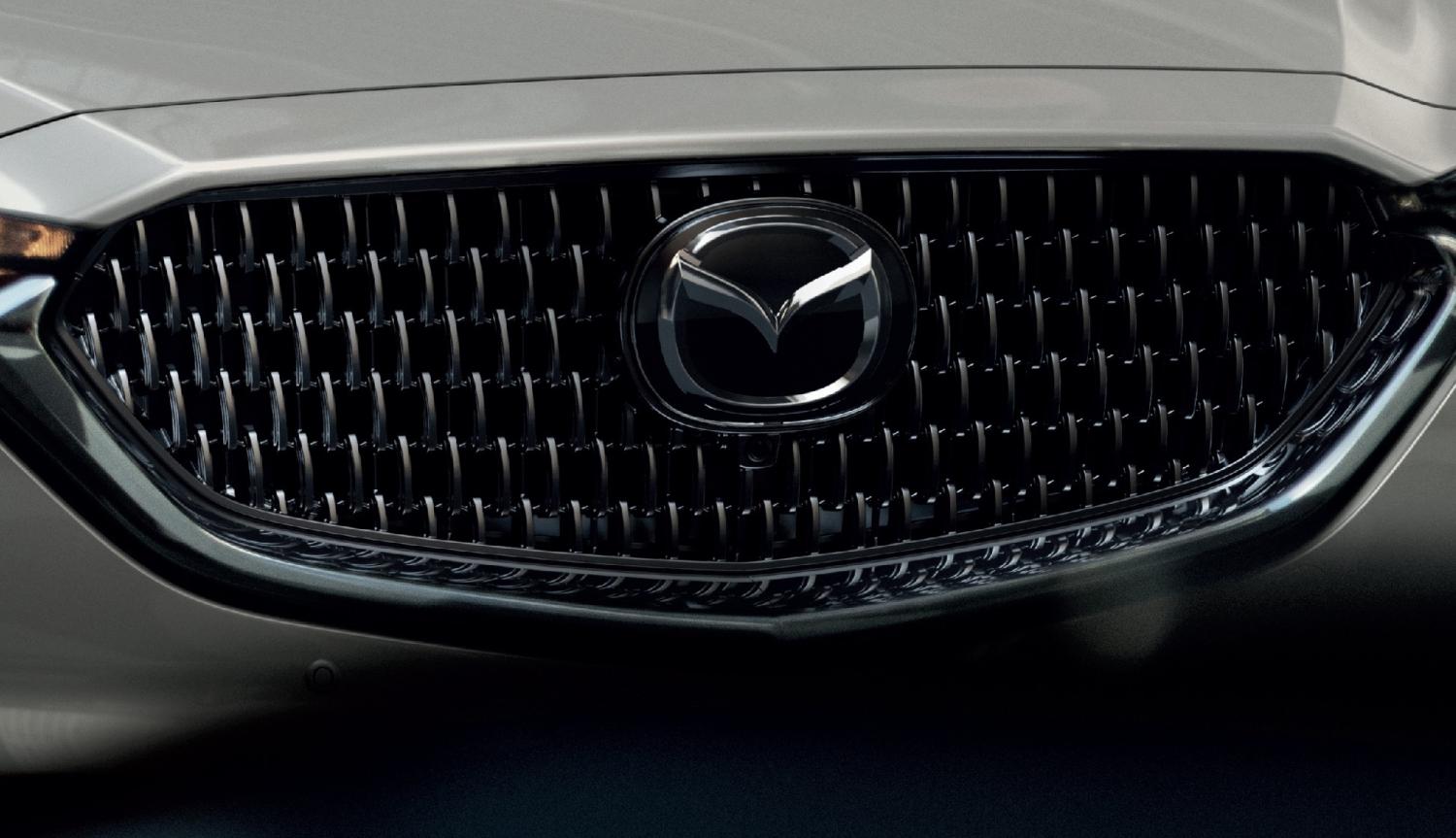 All CX-8s feature three rows of seats, with captain seats available in the top petrol and diesel variants. The front seats also come with a ventilation system, and there's a choice of black leather or red Nappa upholstery.

Apart from an 8-inch touchscreen and a centre commander dial, there is also a wireless charger up front while third-row passengers also get a USB port. There's wireless Apple CarPlay and Android Auto (version 10 and above). 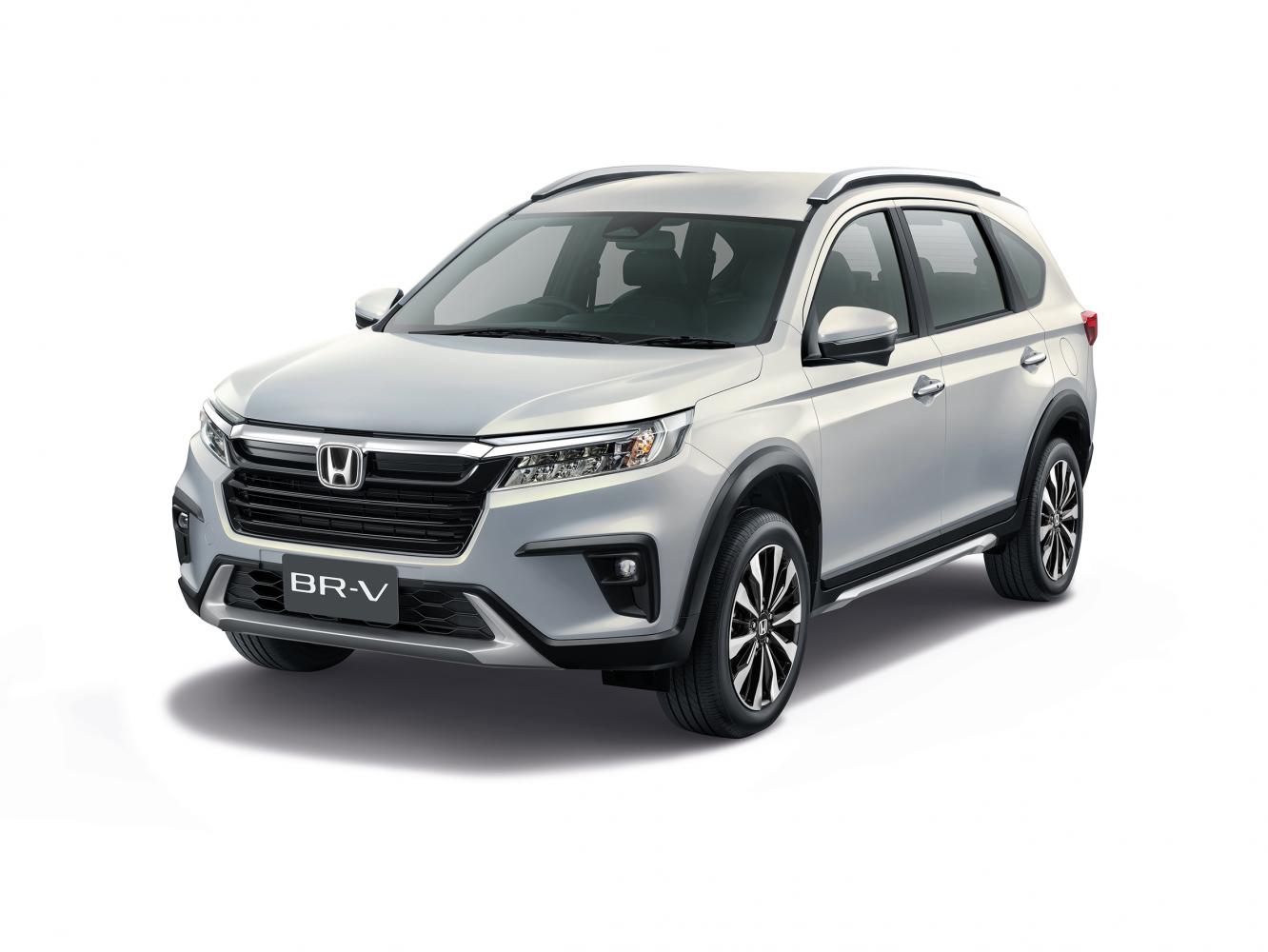 The BR-V is a multi-utility SUV from Honda that is targeted at emerging markets such as Asean. It is based on the Honda N7X concept and development was led by project leader Parinya Tangwiengwang of Honda R&D Asia Pacific.

Pricing of the second-generation BR-V, which is imported from Indonesia, will be revealed on Aug 19 when Honda starts taking orders for this new model. Honda says that the retail pricing will not be above 930,000 baht for the E variant and 980,000 for the EL variant.

The BR-V competes against the Mitsubishi Xpander Cross, Suzuki XL7 and Toyota Veloz, and boasts the most powerful engine in its class. The 1.5-litre i-VTEC powerplant produces up to 121PS and 145Nm and delivers an average fuel economy of 16.1kpl when mated to a CVT (with paddle shifters in the EL) in the BR-V. 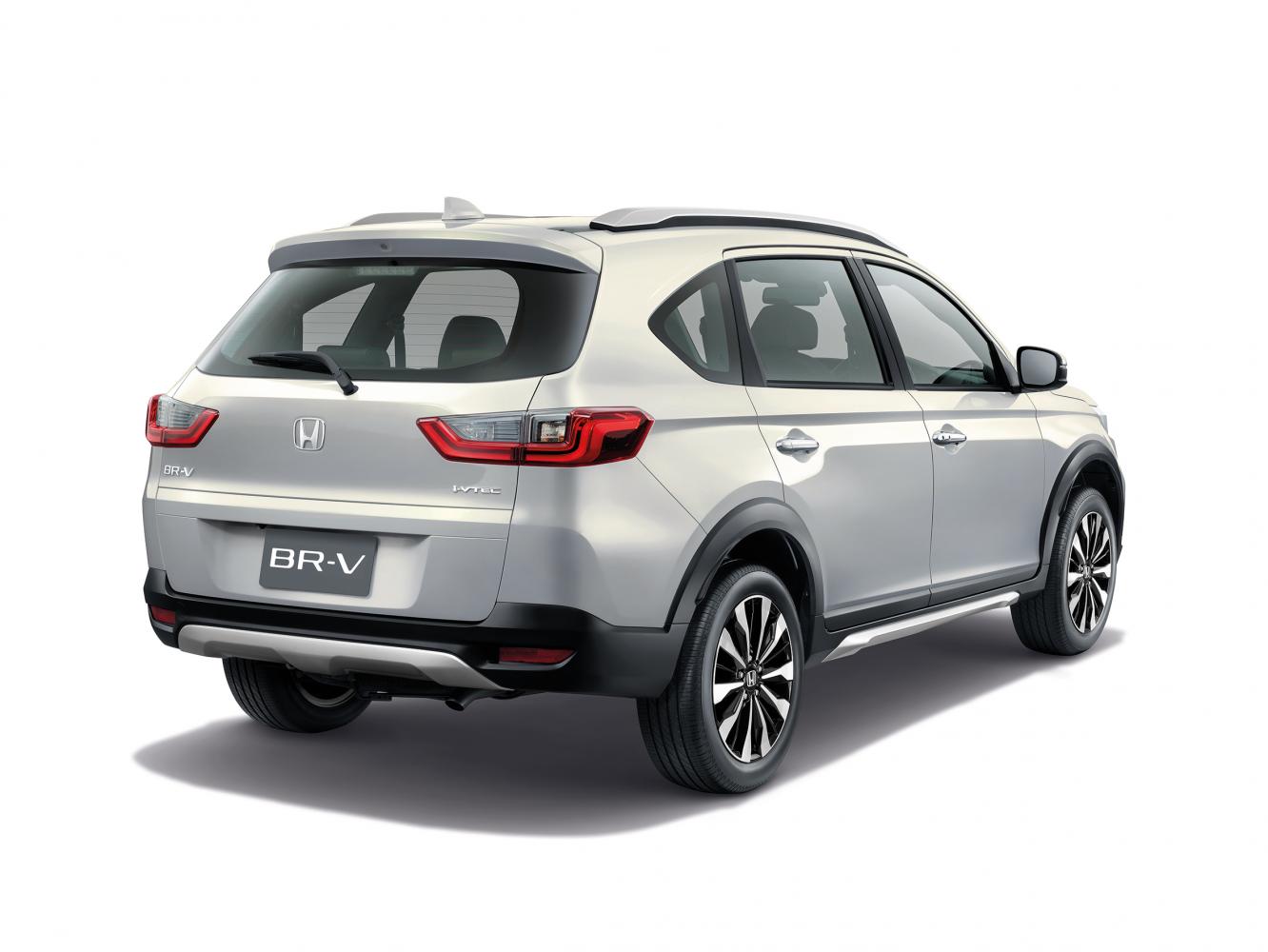 In terms of appearance, the new model looks more elegant than its predecessor -- the EL features a piano black front grille and all-around LED lighting system as well as 17in alloy wheels.

Inside, there's a piano black front console and eight cupholders, while seat upholstery is a mix of real and synthetic leather.

Displays include a 4.2-inch TFT MID and a 7-inch touchscreen with Apple CarPlay/Android Auto, two USB ports and 12V power sockets (up to three in the EL). 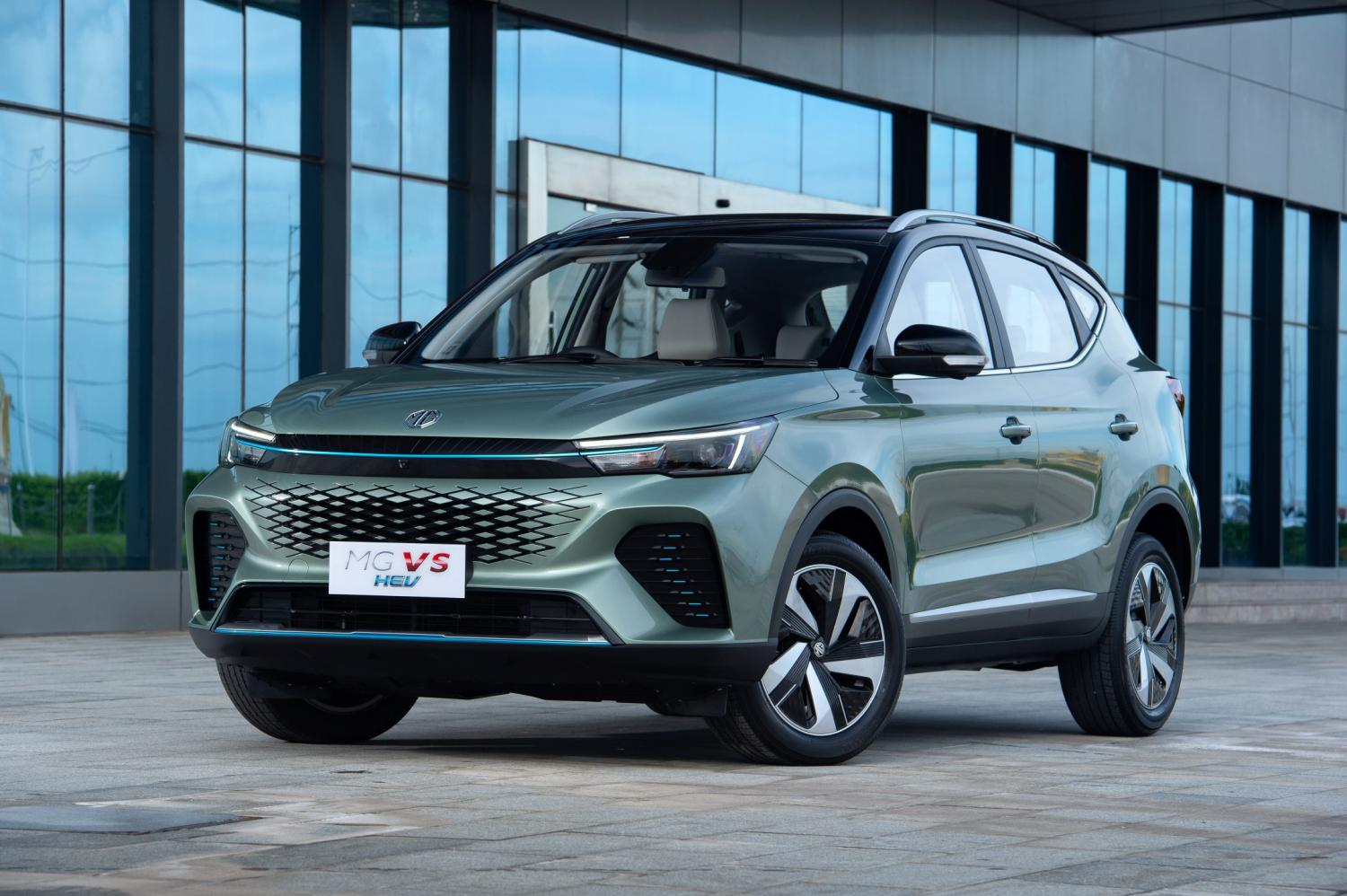 The MG VS sits in between the ZS and the HS crossover models and offers MG customers a wider range of choice in terms of size and powertrain.

MG hopes that the VL HEV will be competitive against hybrid B-segment crossovers like the Honda HR-V, Nissan Kicks, Toyota CH-R and Corolla Cross.

The upper trim includes a black roof with silver roof rails as well as a large panoramic sunroof. Inside, there is a choice of two-tone upholstery with powered front seats. 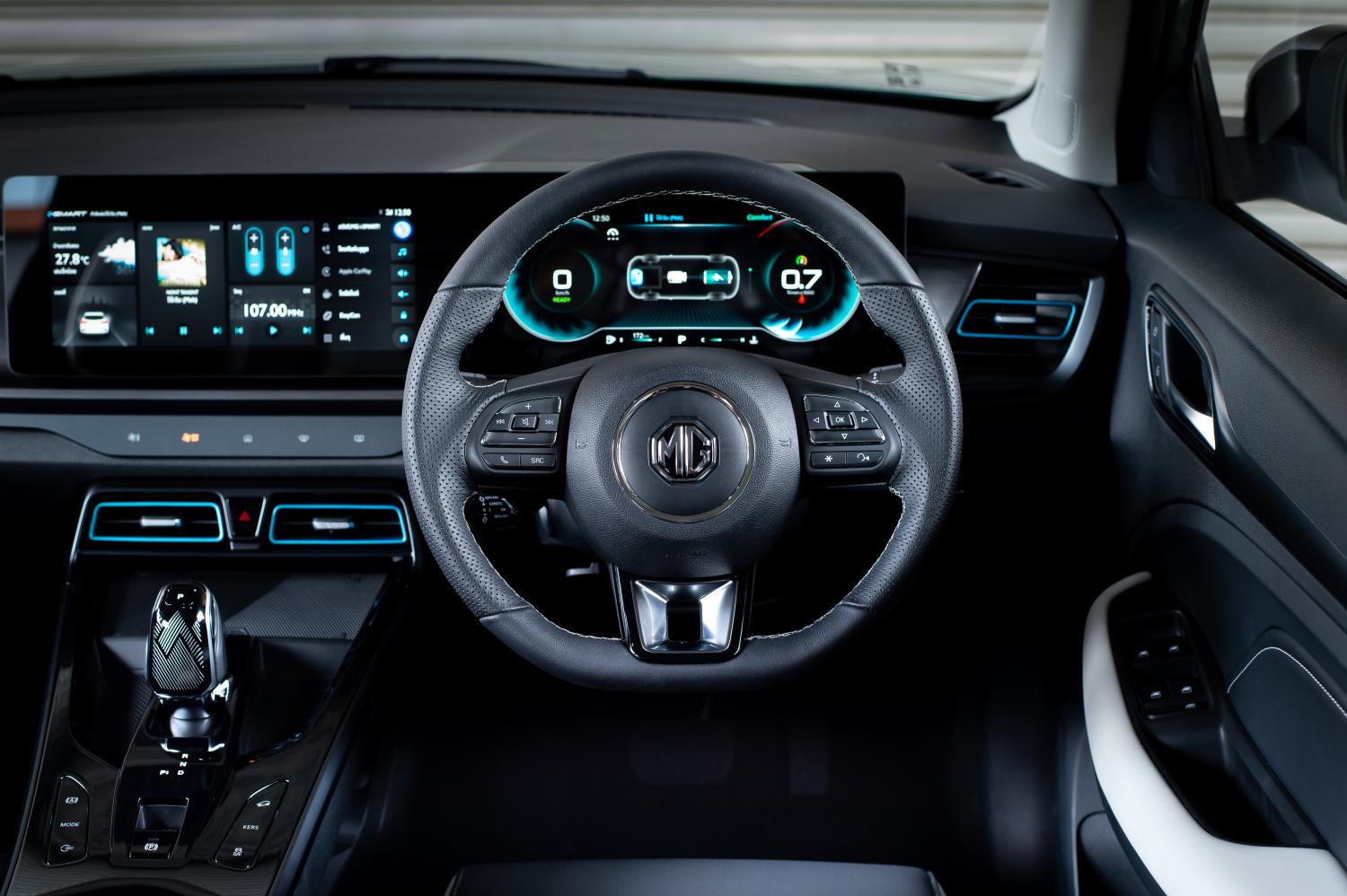 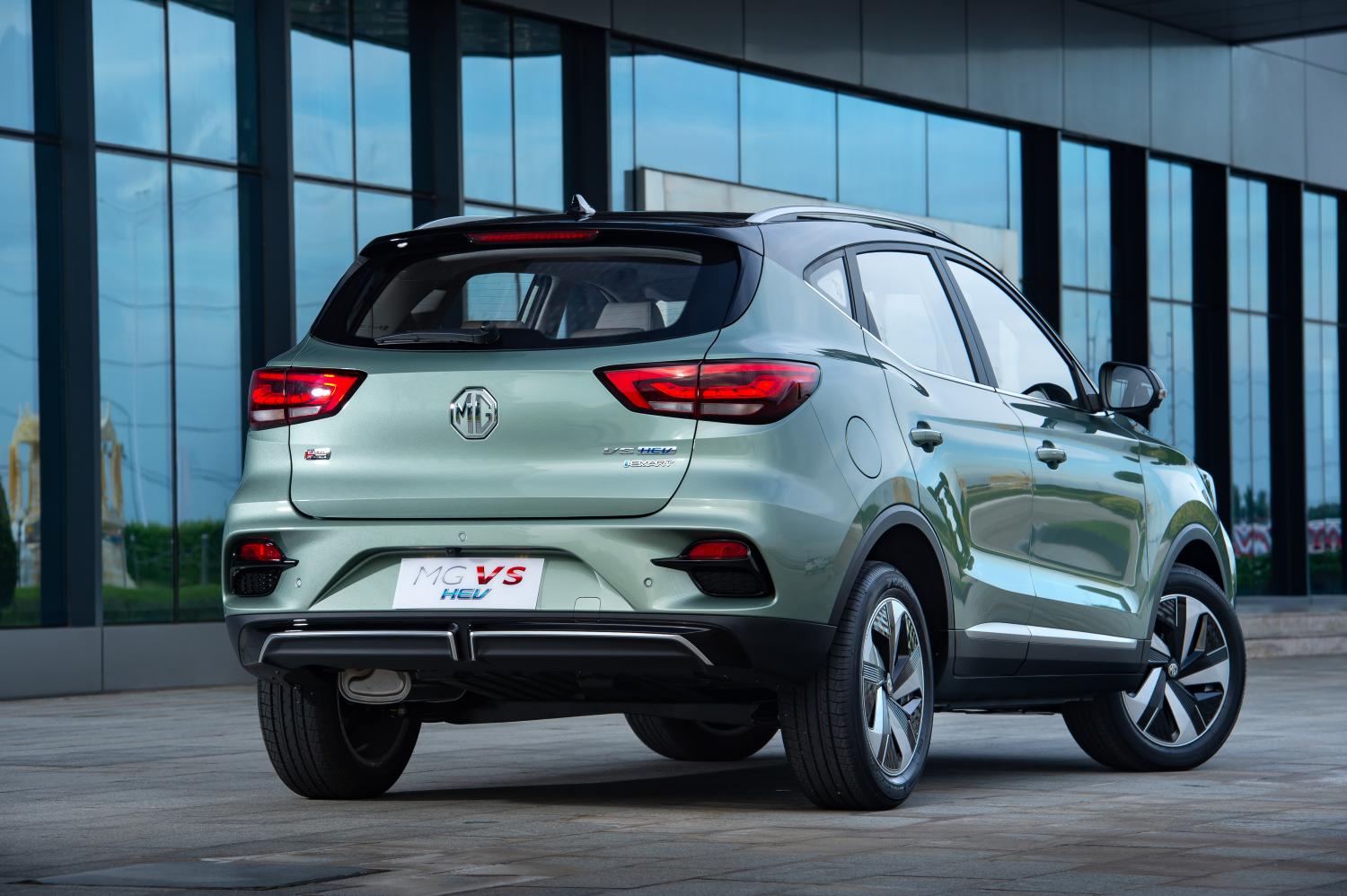 The biggest attraction in the cockpit, however, is the 12.3-inch virtual dashboard and a 12.3-inch touch panel that forms a super-wide screen across the front console. A double-layer centre console houses the joystick-type gear lever on top and two USB ports below (Types A and C).

MG has not revealed the full details and official pricing of the VS HEV (the official launch will be on Aug 8) but it has stated the hybrid powertrain is capable of producing 177PS and is mated to an e-CVT with three driving modes (eco, comfort and sport). There's a small lithium-ion battery and three-level KERS (Kinetic Energy Recovery System).

Intelligent safety is lacking in the VL HEV, although there's a 12-system safety package. Apart from the latest i-SMART system, buyers also get a smart key that can be shared with others via smartphone.