Turning it up to 11
Auto
Review

The 11th World Ducati Week, which came back after a four-year break, brought together Ducati owners and fans of the two-wheeled world at Misano World Circuit in Italy for three days of passion, fun, and experiences they will never forget. 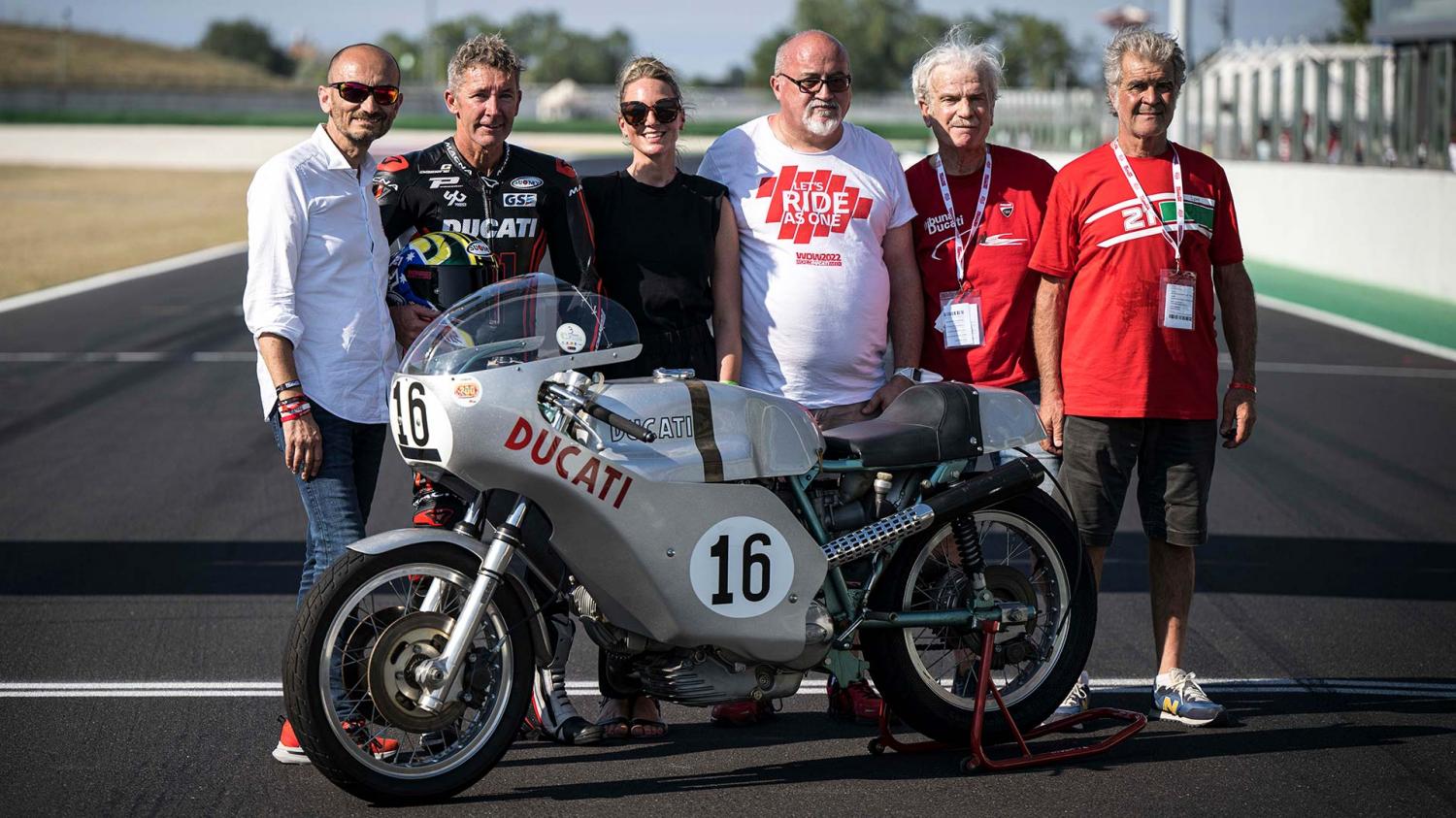 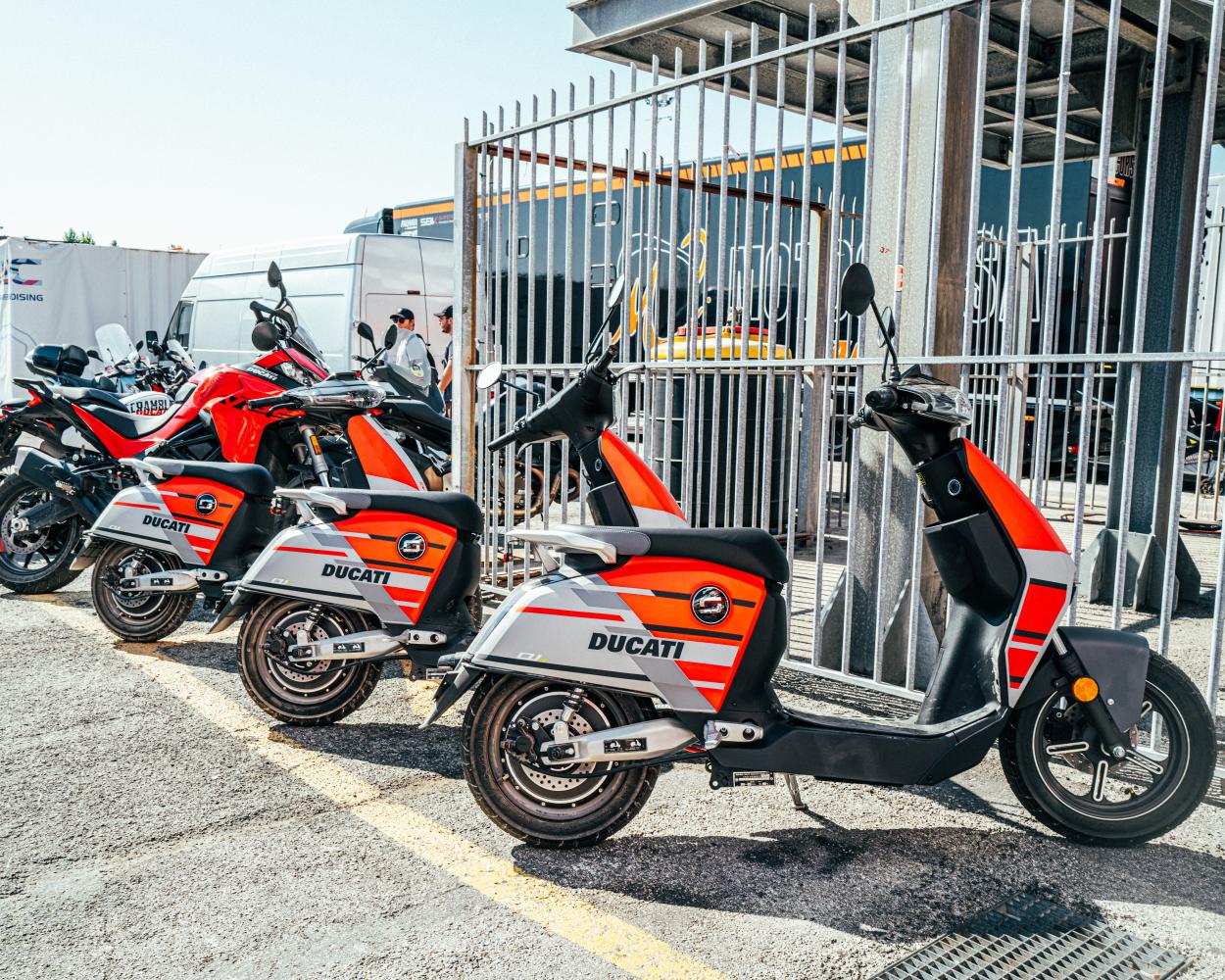 Many fans went to Misano because they love the brand and wanted to be part of the biggest Ducati gathering this year. Even though it was hard to get around and travel, as it still is today, and it was very hot at the time, there were 80,000 people in the paddock over the three days.

Ducati Thailand and the Ducati Factory Rayong Plant, the only Ducati factory outside of Italy, were part of the success. This makes me feel proud as a Thai citizen because the quality of each bike produced at the Rayong facility has gotten praise from Ducati management, and Thailand's contribution to Ducati's sales increase this year will help the company achieve 59,448 units worldwide by the end of the second quarter of 2022. There are many Ducati lovers in Thailand and some may have questions due to the recent big changes in the management team. Ducati is trying to improve every angle and one of the most important keys is customer satisfaction.

We cannot dispute that a part of Ducati's worldwide success is due to the DOCs (Ducati Owners Clubs), which are located in almost every country, including Thailand. I am a member of the DOC Bangkok from 2013 until the present. I purchased my Monster 696 in 2010 and rode it to Bangkok Post every day for work. I like the personality and design of the bike as it was great for entry-level. My second Ducati was the Scrambler Urban Enduro when I started to move from road and track to travel. Ducati is the attitude, the feeling of the L-Twin (V-Twin 90-degree) engine, and the design. That is all that matters.

You have to finish a few missions before you can call yourself a "Ducatisti". First, you should own a Ducati. Then, you should go to World Ducati Week (WDW) at the Misano World Circuit. Finally, visit the Ducati Factory in Bologna, Italy. 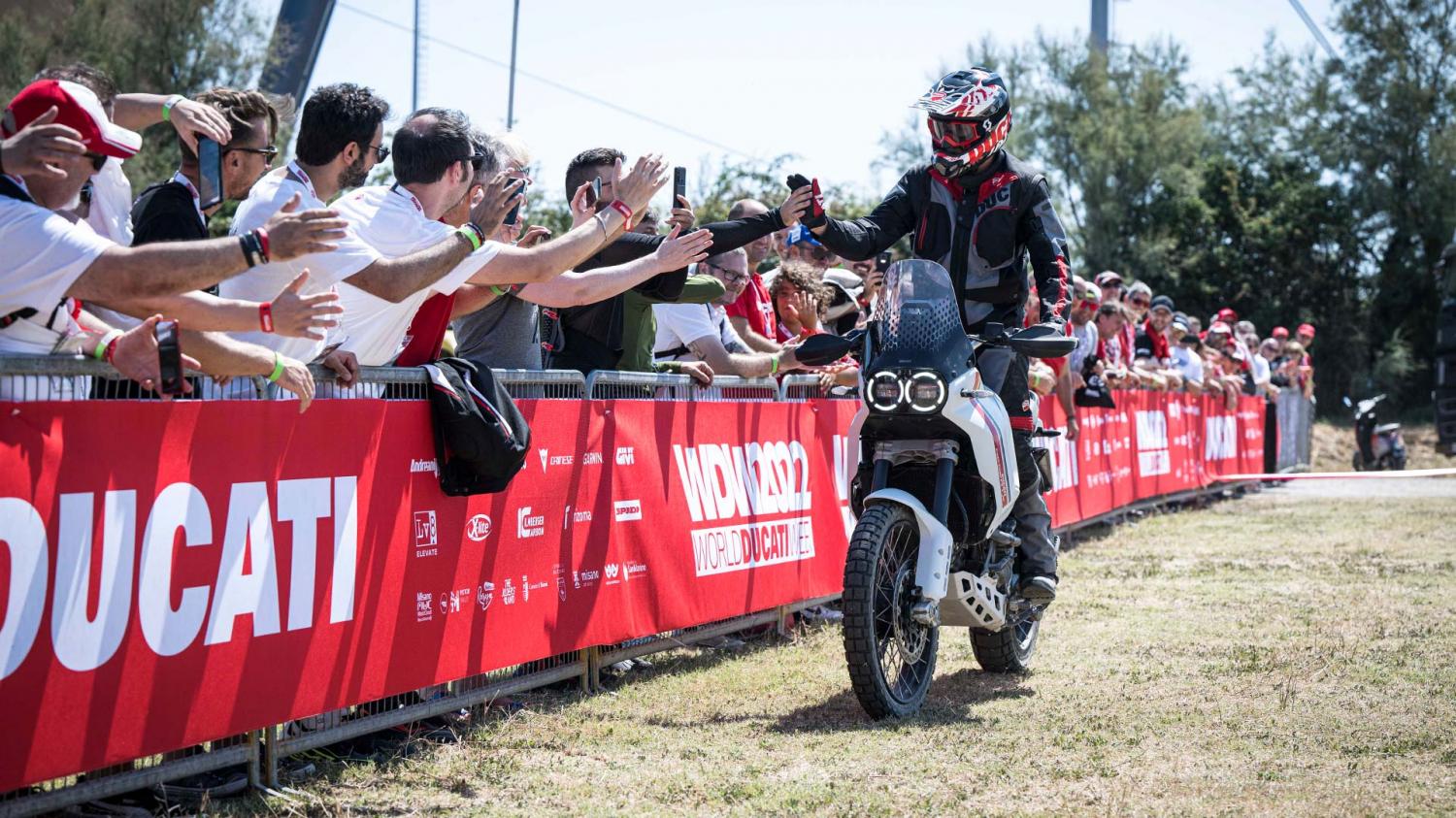 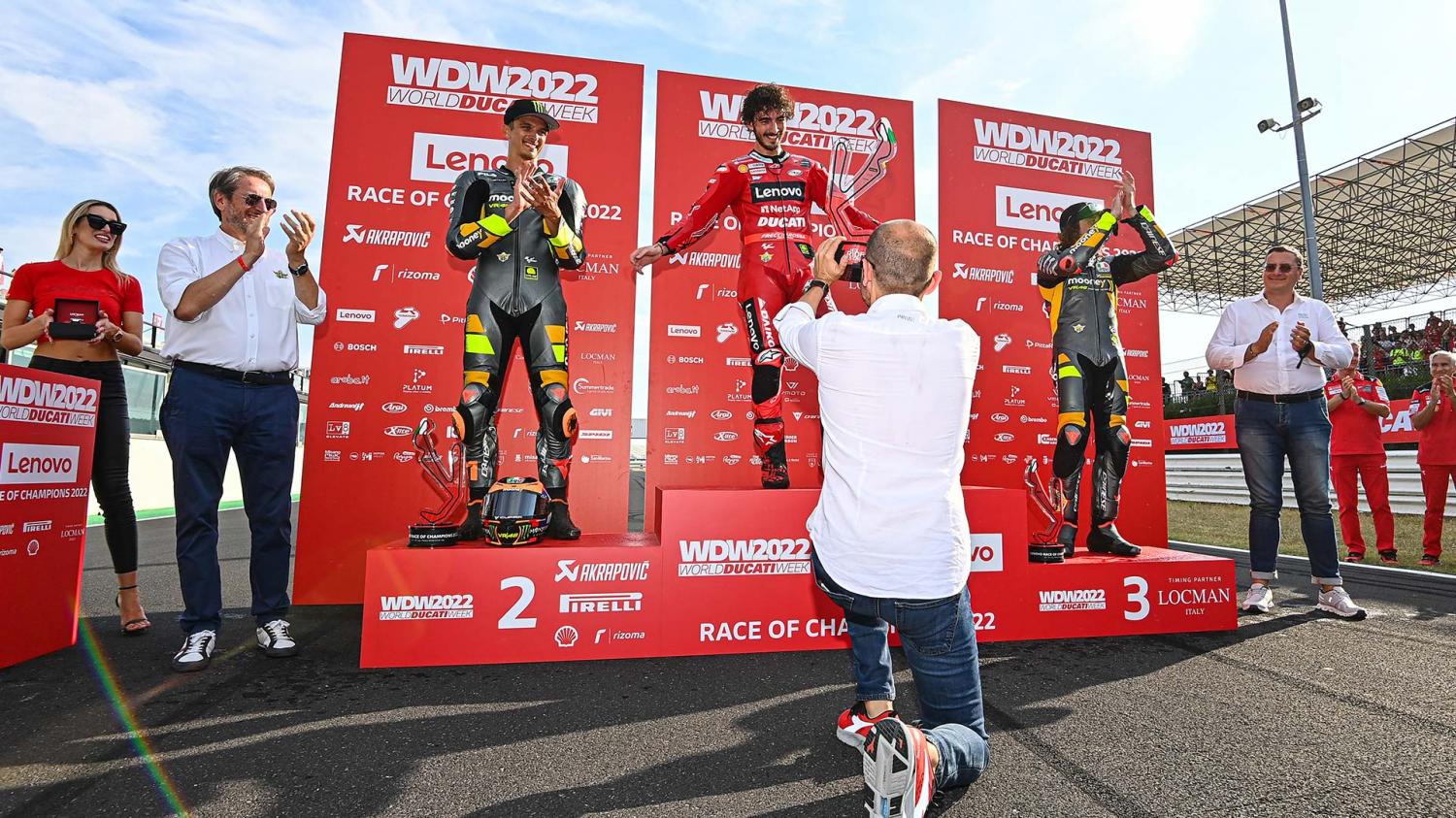 My mission was done with this trip as I visited the factory, the museum and the WDW2022. Not only did I have a great time at the biggest party for Ducati owners and brought my passion back to Thailand, but I also got to ride the newest Ducati DesertX and the Streetfighter V2 on the road that is used for product testing in a beautiful province with lots of corners and a great view of the mountains. The test ride articles won't be ready until Ducati announces the price and delivery schedule for the Thailand market.

The Most Beautiful World Ducati Week of all time

The fact that people came from 84 different countries shows how global Ducati is and how appealing the brand is to motorcyclists everywhere. I like Ducati because they only make motorcycles and nothing else.

The main protagonists of the three days were the 235 Ducati Official Clubs present at the event including two from Thailand (DOC Bangkok and DOC Southern Thailand), which animated the area of the International Village dedicated to them together with all the Ducati subsidiaries.

After nearly three hours on the bus from Bologna to San Marino, the only motorcycles on the motorway were Ducati. It was fun to see them all travelling to the same place. San Marino is well-known for its beach vacations. It's ideal for a summer party -- the beach and a motorcycle. We stayed in the small seaside town of Pesaro, where the Sun sets at 10pm and the party begins around midnight.

WDW2022 had a lot of amazing pavilions, starting with EV mobility with the AUDI E-Tron Vision Grand Turismo and Ducati's first-ever electric race bike. The V21L prototype does indeed have typical Ducati style but is clad in carbon fibre and armed with a 150hp electric motor and an 18kWh battery. From 2023 to 2026, Ducati will be the only supplier of all 18 FIM MotoE World Cup bikes. It weighs 225kg, with the battery accounting for slightly under half the weight -- unusually heavy for a racing bike (64kg more than ICE models). The V21L can be fully charged in 45 minutes and has enough range to complete the required seven laps of important GP tracks. It is said to have reached speeds of up to 275kph at the Mugello MotoGP Circuit in Tuscany. 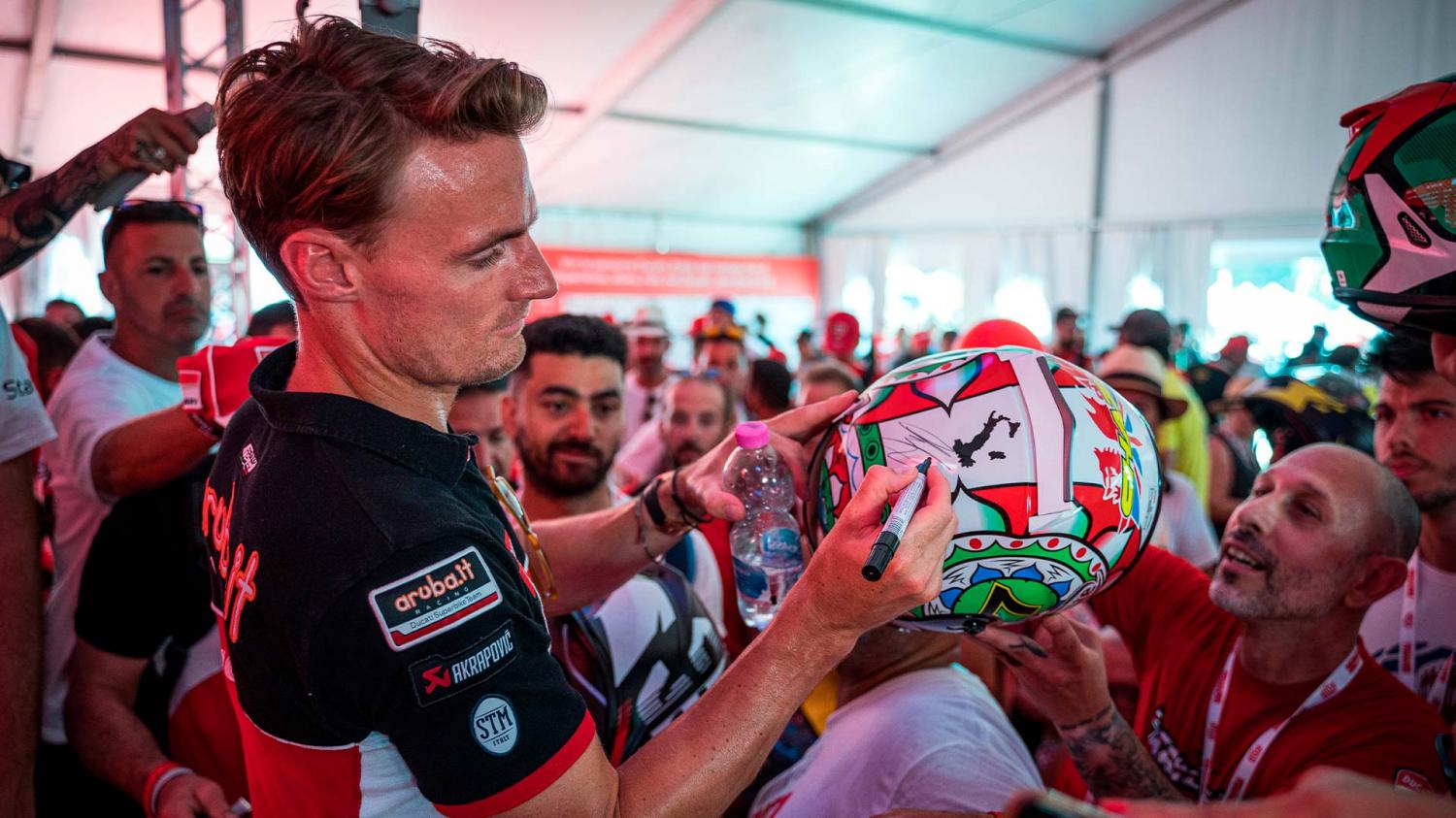 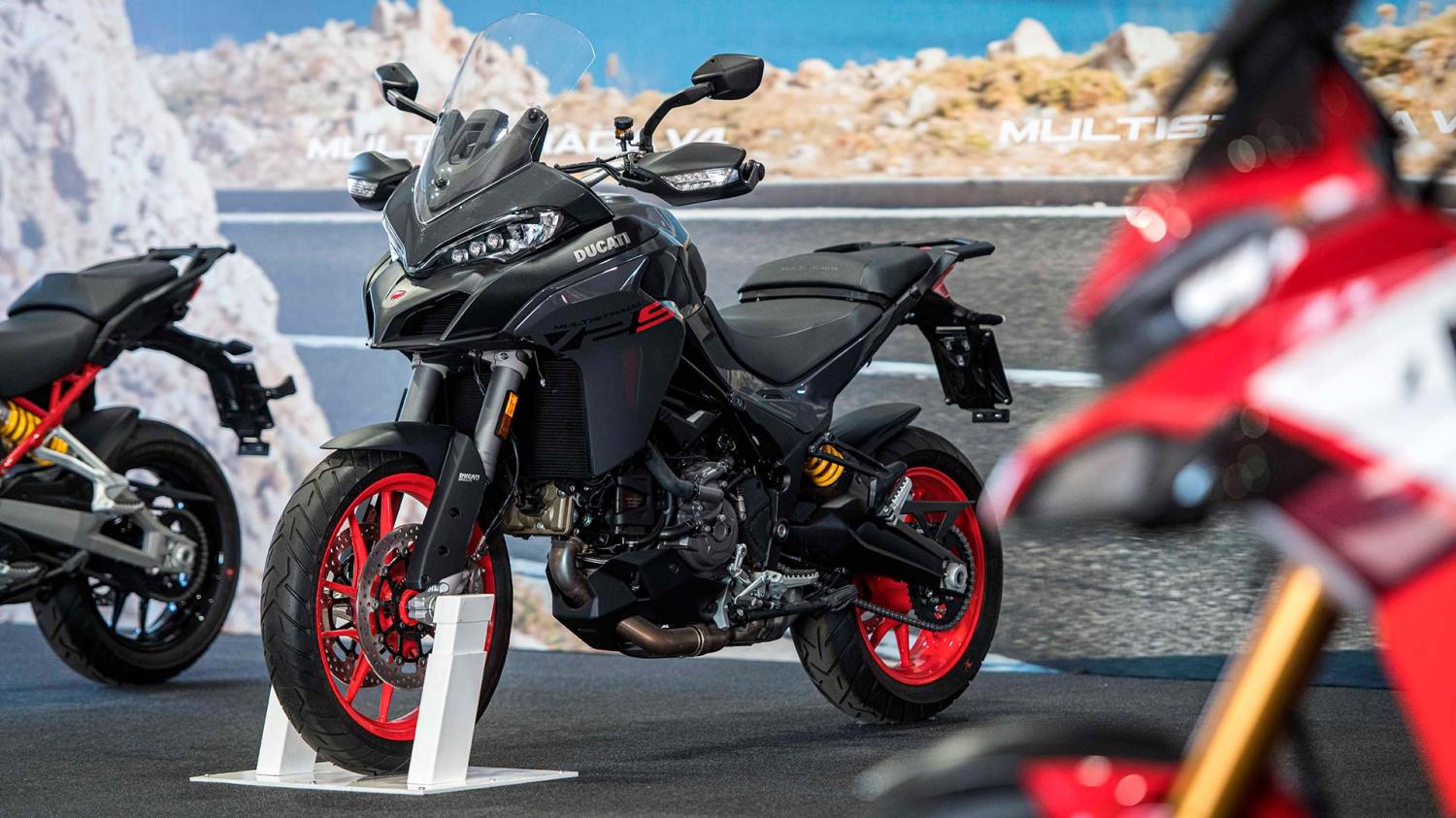 It was incredible to see the bike in person

Next is the Ducati DesertX, the first Ducati adventure bike with a 21in front wheel. It is a serious rally motorcycle that is supposed to be light, powerful, agile and most importantly, has a modern design full of success in the Paris-Dakar race. There were four bikes displayed for people to touch and feel. In fact, there were special sessions on the track and test rides on the road accompanied by an adventure area dedicated to all off-road lovers.

The debut of the Ducati DesertX enriches the offer of DRE Adventure, in which the new "21-18" Ducati joins the Scrambler Desert Sled and Multistrada V4 in the portfolio of bikes that can be tested on the off-road track set up within the circuit by Danilo Petrucci and Antoine Meo, who then met the public to talk about their experiences riding the DesertX and Multistrada. In the same area, it was possible to admire the Audi RS Q e-tron from the Paris-Dakar, and a DesertX with Audi-inspired livery.

Each model of Ducati had its own pavilion, and the designers and engineers behind those models were on hand to answer any questions that visitors might have. A few favourites were the Multistrada, Hypermotard, Monster, Diavel and Scrambler. 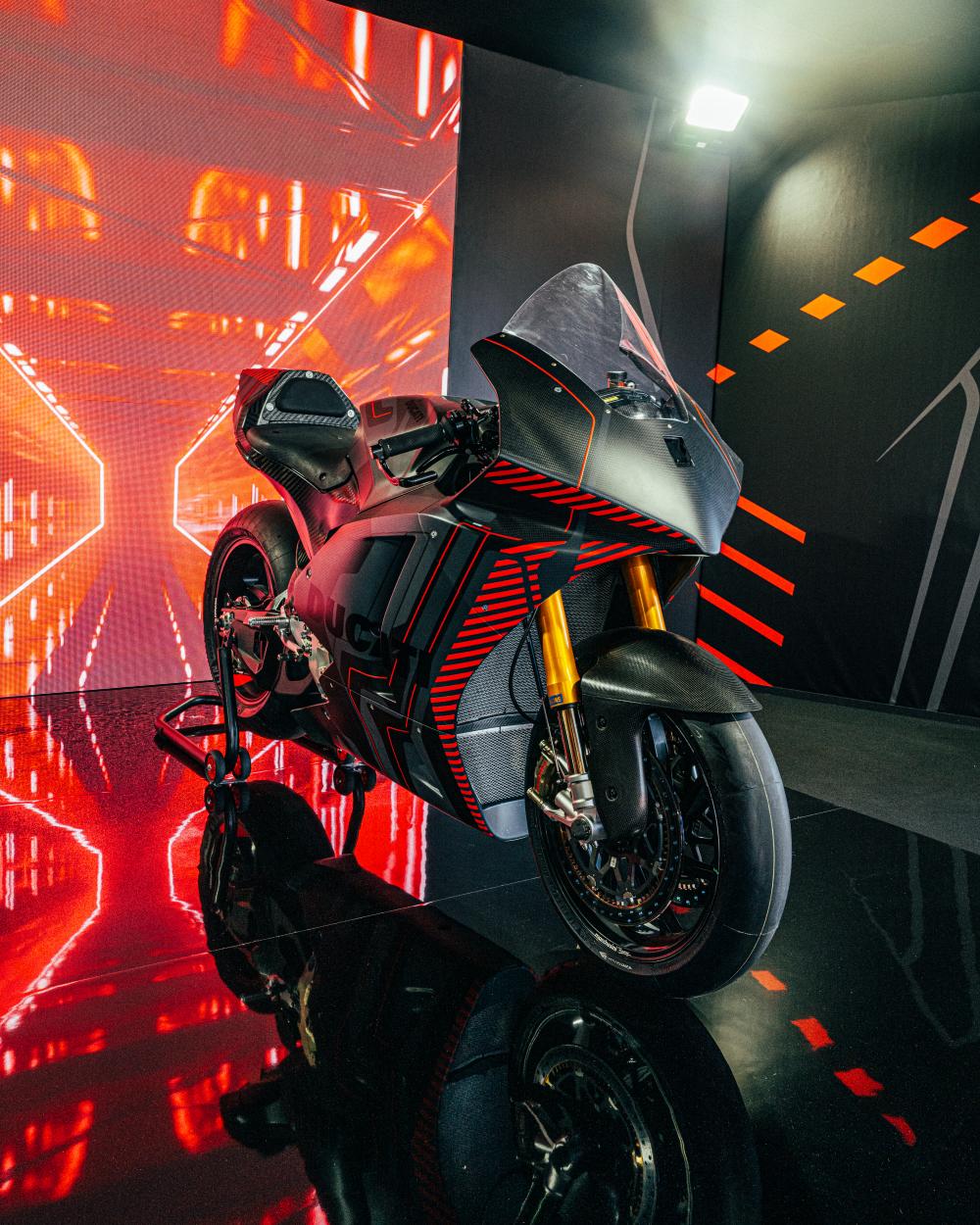 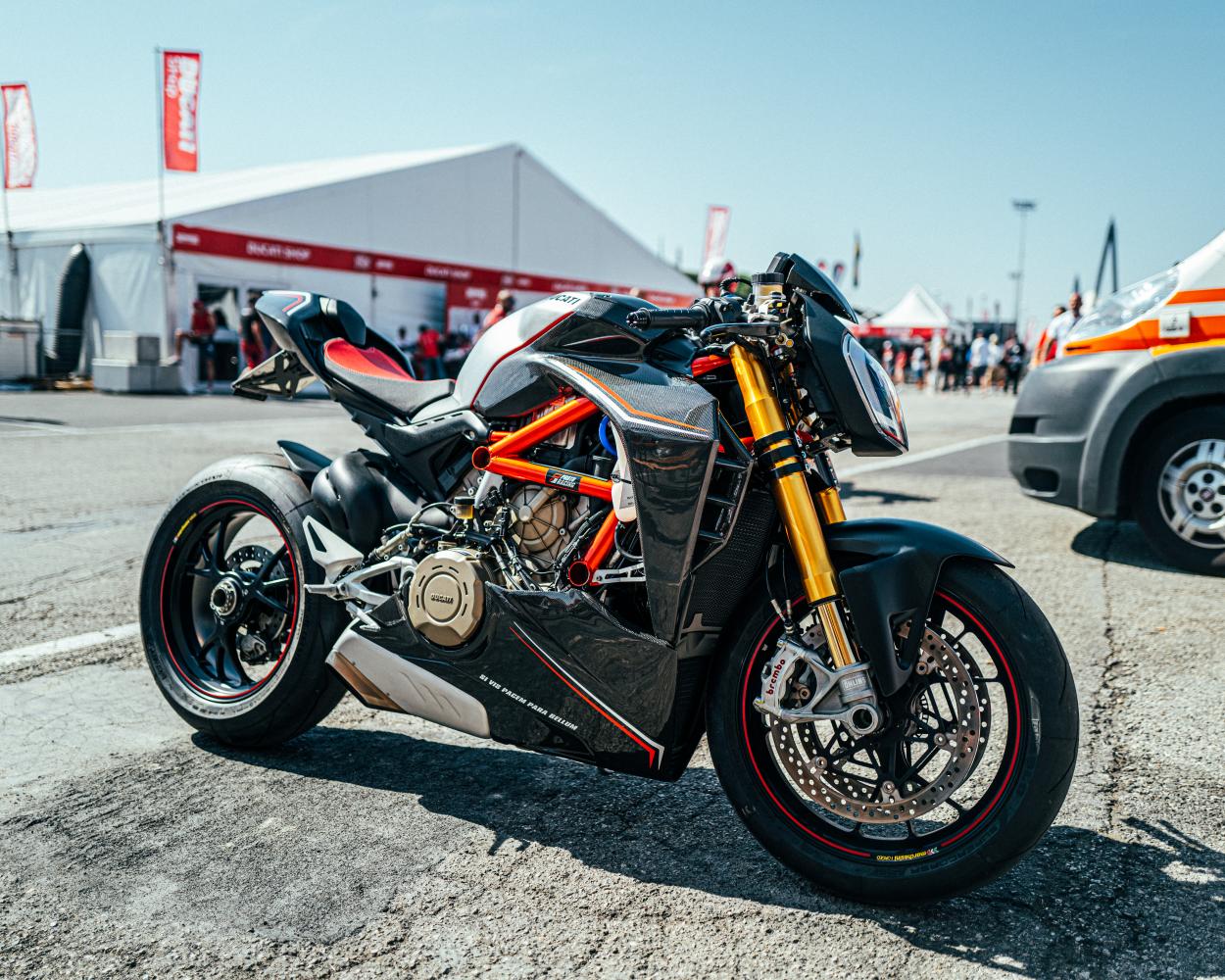 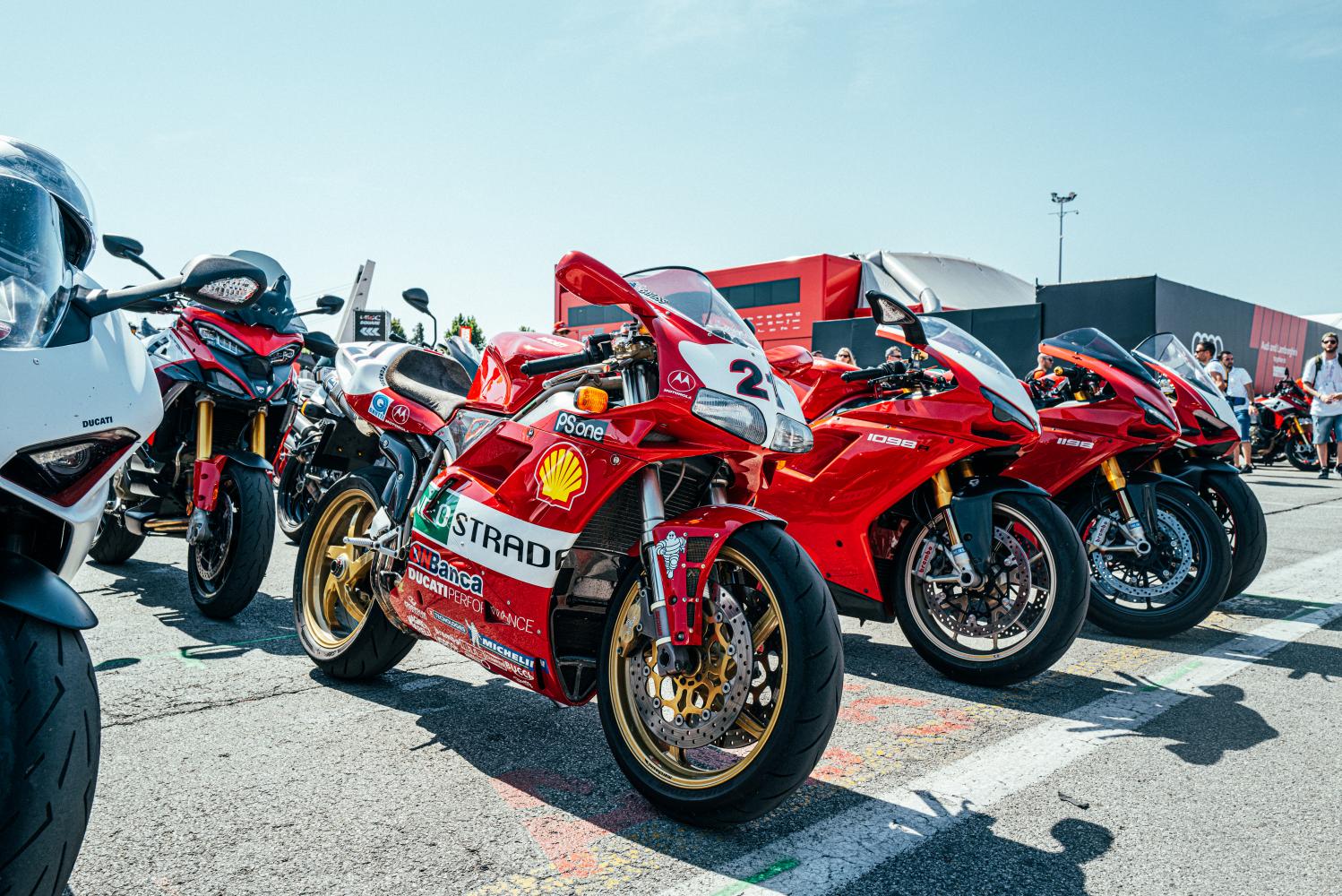 The first official meeting for Multistrada riders from all over the world. In the tent dedicated to the Multistrada many activities took place to illustrate the history, technology and characters linking the motorcycle to its universe. Exclusive celebratory holographic stickers for Ducati Multistrada owners were also handed out.

Specialists responsible for the design were on hand to provide the visitor with a detailed rundown of the project. It doesn't get any better than that!

Visitors could see a new display of the New Scrambler 2023. Inside, you couldn't have a mobile phone or camera. But I saw that the fuel tank is newly designed. The colour of the tank skin can be changed. There is a new seat design and new headlights with an "X" shape; a new colour TFT screen; and new swingarm. It's a nice-looking Scrambler. They are doing a good job overall.

At the top of the grandstand, on the 2nd floor, a display of the most famous Ducati race bikes came from the Ducati Museum in Bologna. Seeing them lined up at the Misano World Circuit was a real treat. 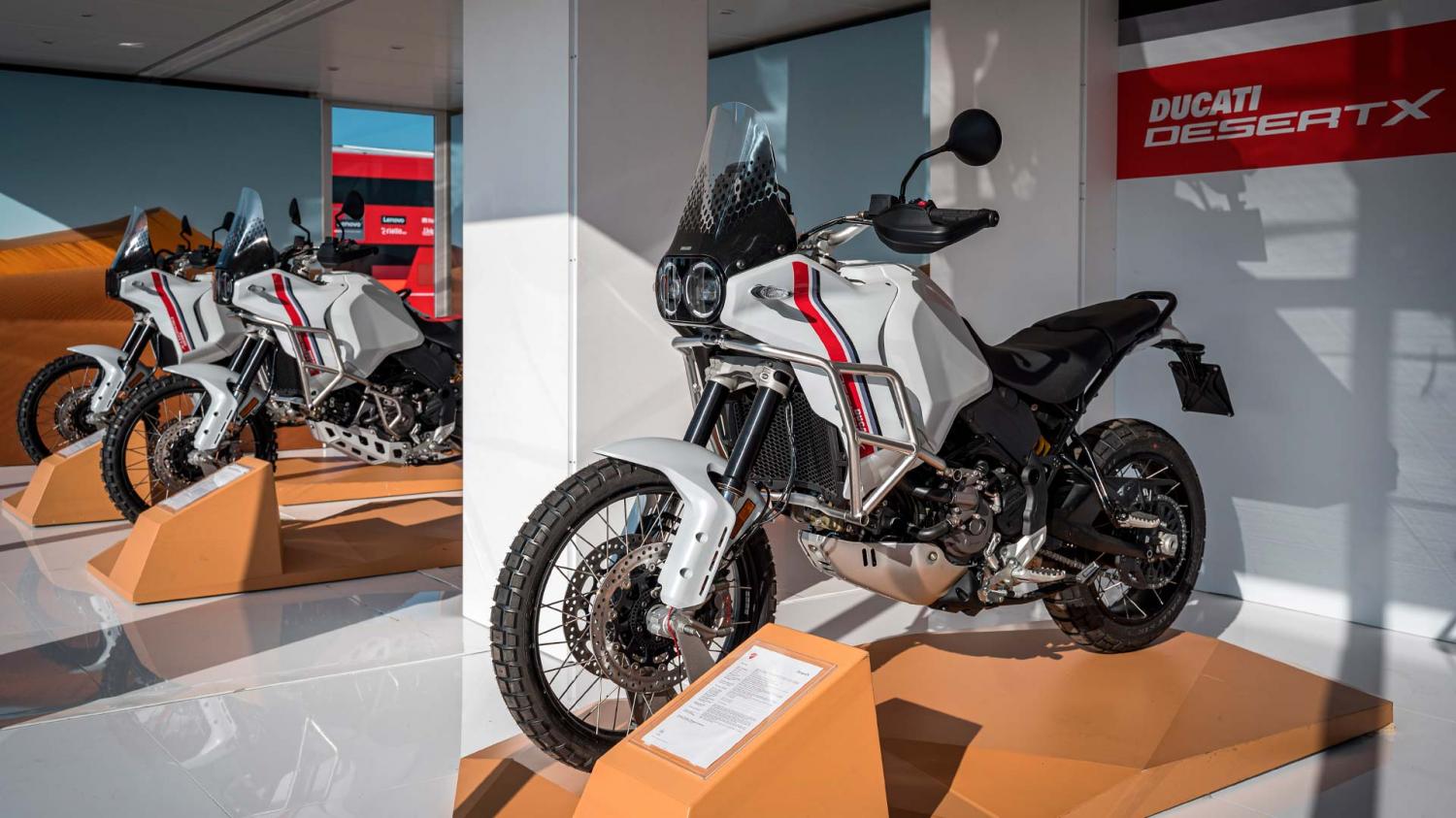 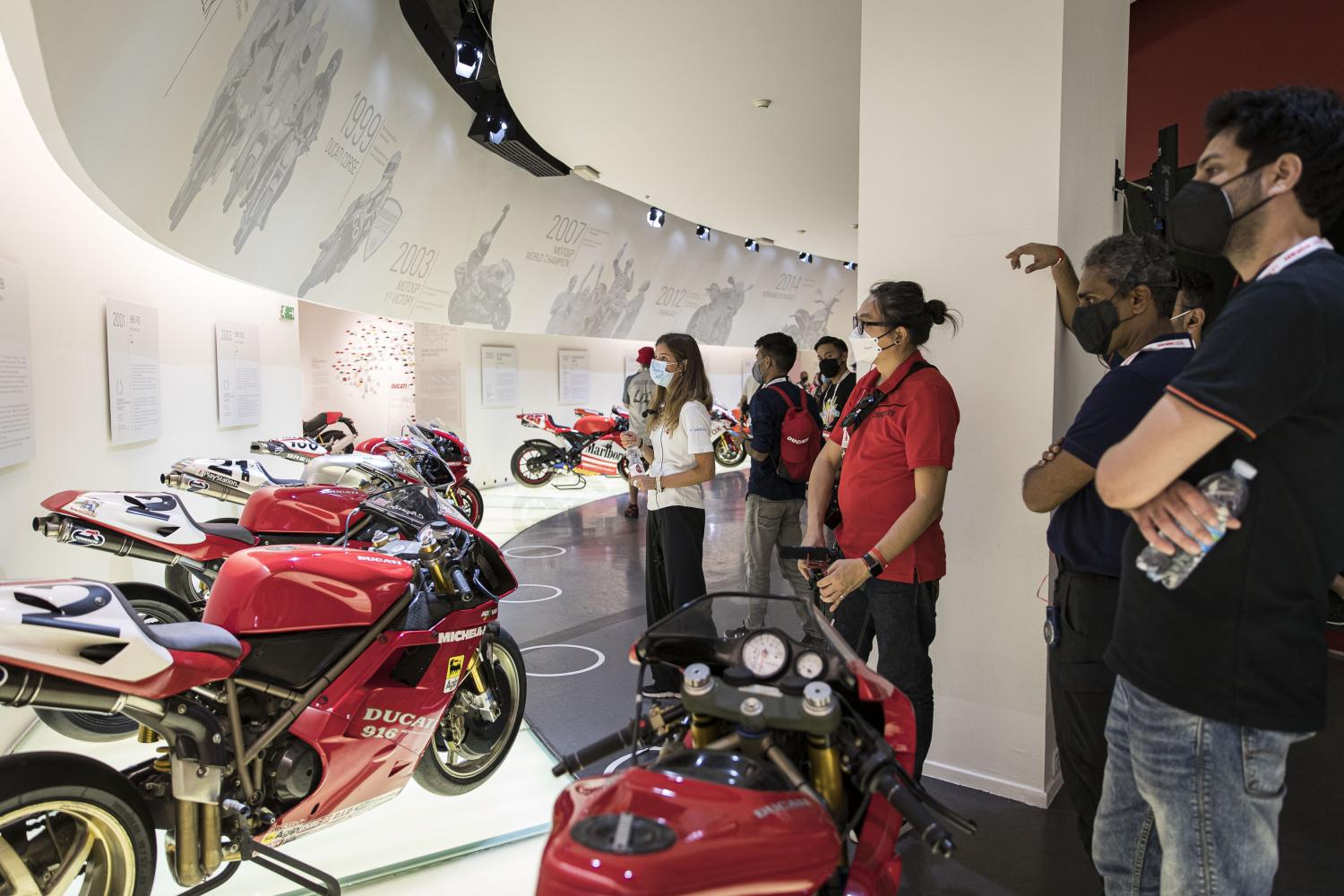 Some 21 Ducati riders competing in the MotoGP, Superbike and Supersport championships fought it out on standard Panigale V4 S and Panigale V2 bikes, equipped only with slick tyres and racing exhausts. A unique show that only Ducati can offer its fans saw Pecco Bagnaia triumph after also setting the fastest lap on a V4 S. Federico Caricasulo took victory in the V2 category.

The parade of Ducatisti on July 22 will remain as one of the most memorable moments of this 11th edition of the WDW. The biggest parade ever saw a massive number of bikes that first filled the circuit and then paraded along the coast before arriving in Riccione, where the Scrambler Beach Party was held to the music of Benny Benassi. At the head of the "Big Red Snake" was Claudio Domenicali with MotoGP and Superbike riders, the authorities and Ducati management.

On the evening of July 23, however, the pit straight of the Misano circuit was transformed to welcome the Rustida BBQ, this year enriched by a special recipe created by chef Riccardo Monco of the three-star Michelin restaurant Enoteca Pinchiorri. The evening ended with a DJ set from Meduza and an incredible fireworks display that left everyone amazed. What a party! 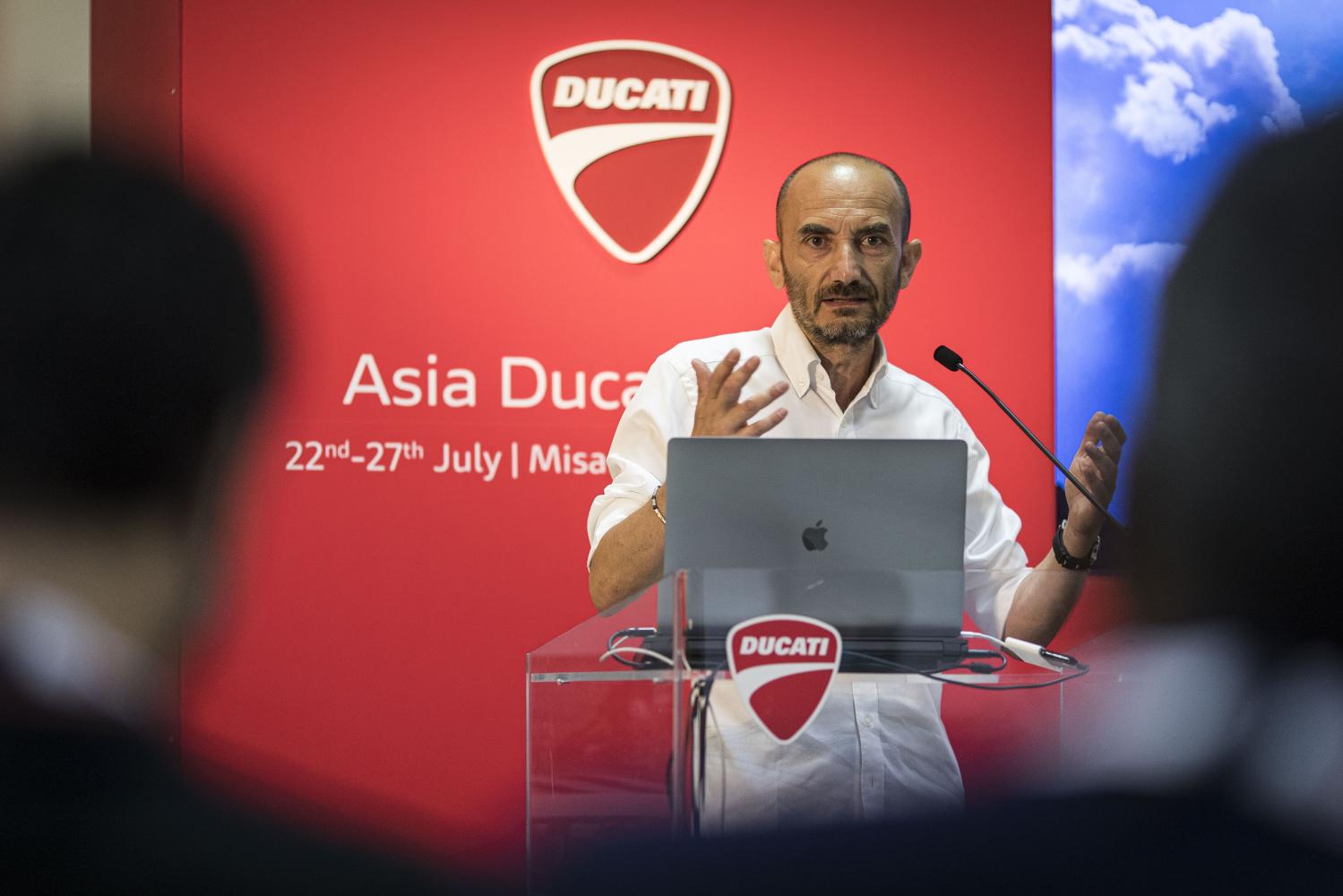 “At World Ducati Week we can experience the celebration of Ducati’s deepest soul: We do not merely sell motorcycles but we design experiences and emotions with bikes at the centre for our fans. We all wanted to go back to being together with the Ducatisti and they arrived in massive numbers, as usual, from all over the world. Once again we were able to touch the great passion for Ducati and the desire to meet again. The big parade on Friday, the crazy Lenovo Race of Champions, the Rustida on the pit straight, the greetings of the riders at the Misano stadium, the musical evenings, a fireworks show in time with the music that really impressed and excited me are just some of the moments that will remain in the memory of each person who came to this 2022 edition.”

- 5,805 laps of the track were covered in total by motorcycles and cars over the three days

- 51,000 photos taken by staff photographers and 60 hours of video footage

- 84 nations represented by the participants

- 30 world titles of past and current riders

- 33 minutes, the time it took the snake of Ducati motorcycles to exit the Misano World Circuit "Marco Simoncelli" to form the motorcycle parade for Riccione

- 1,244 experiences lived by Ducatisti in three days on track, off-road and on-road 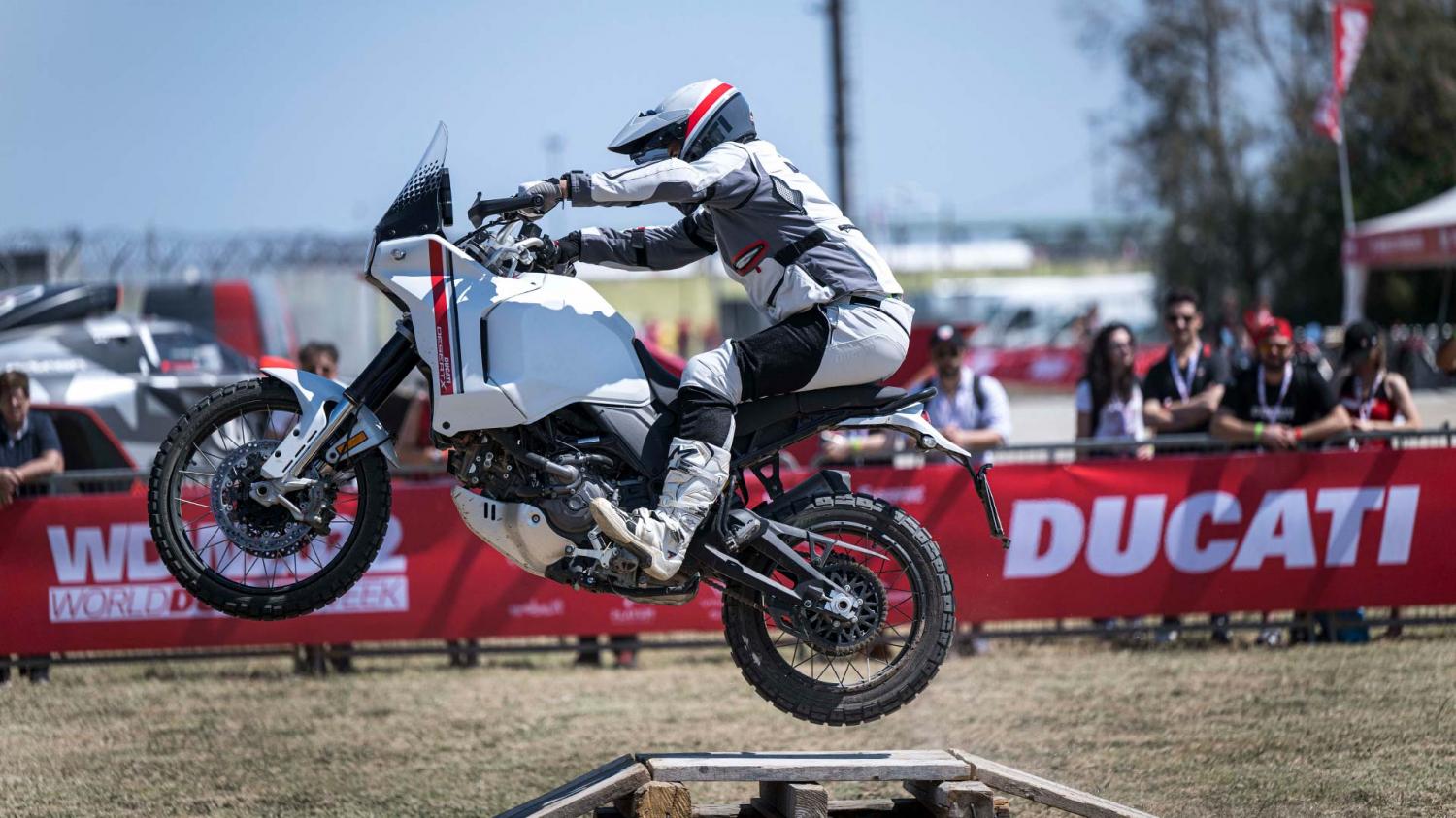 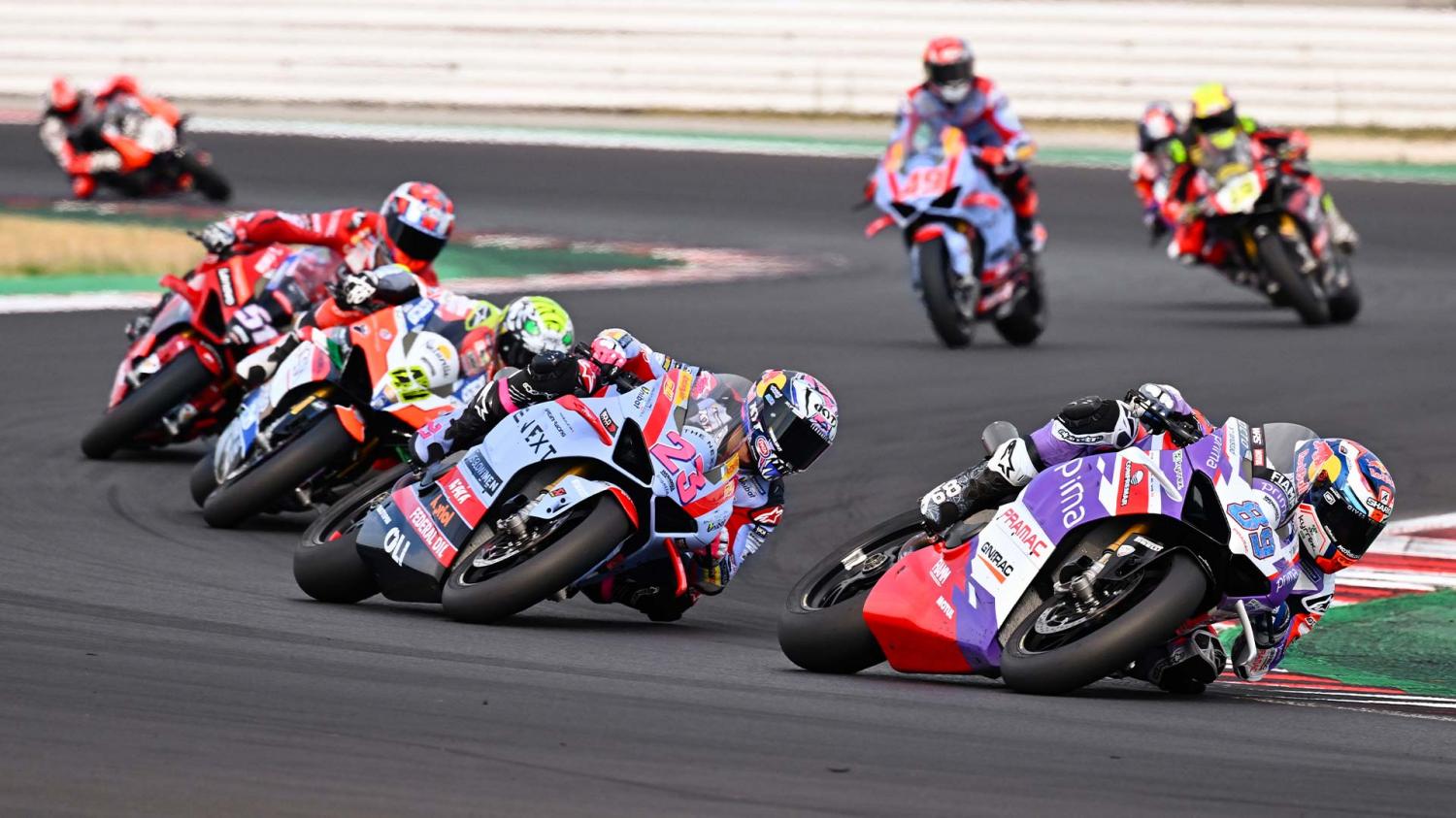 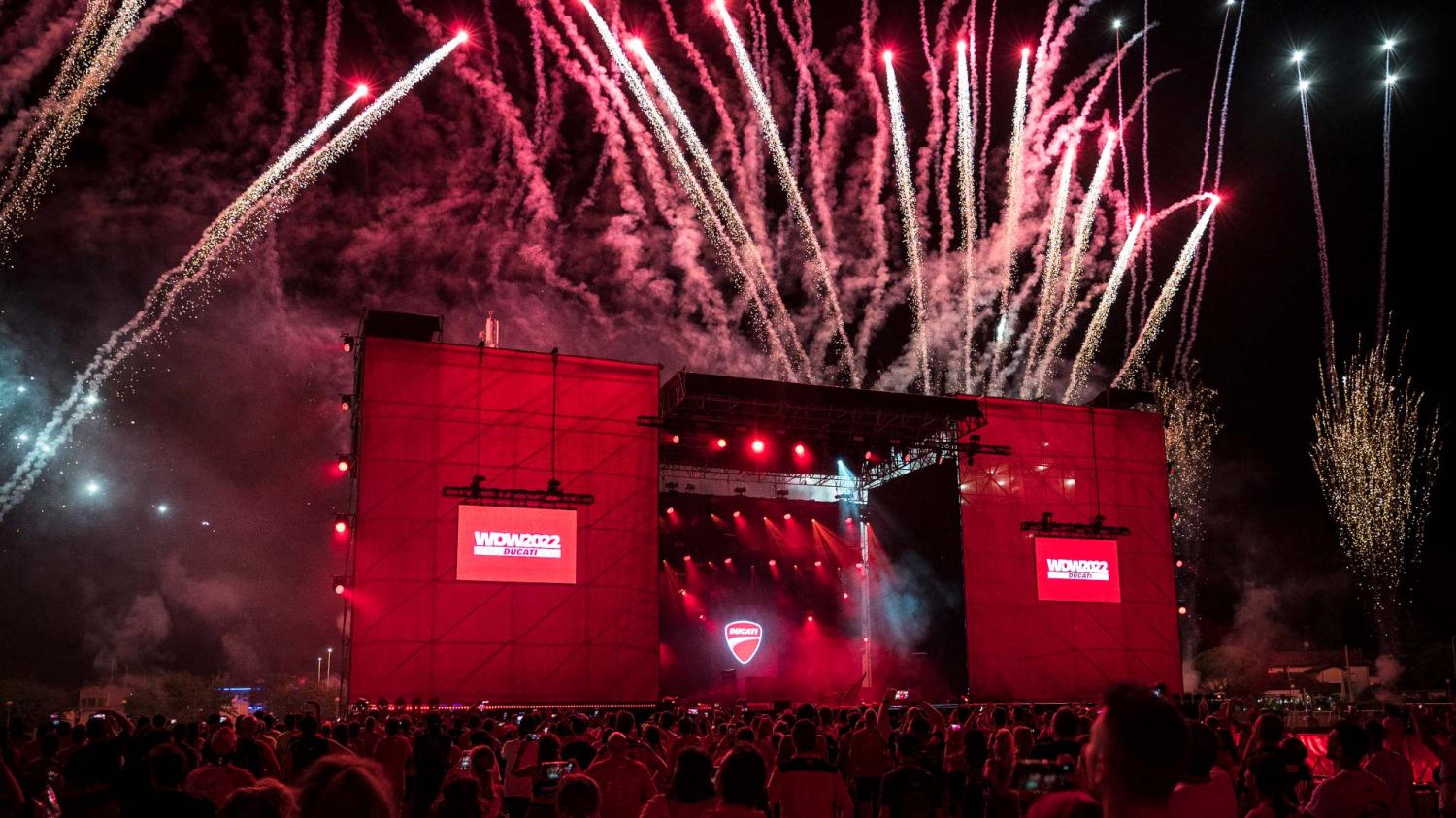 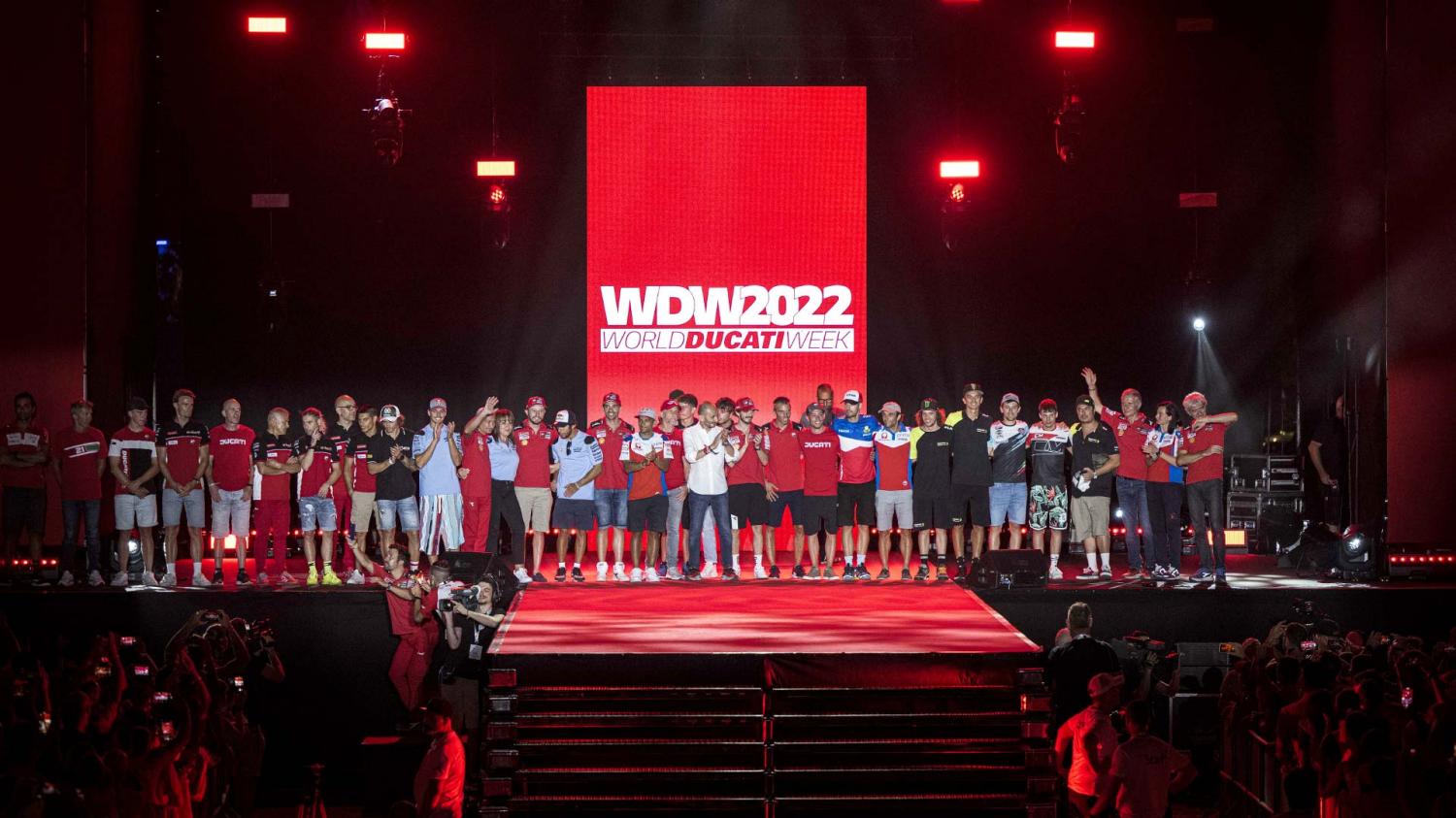 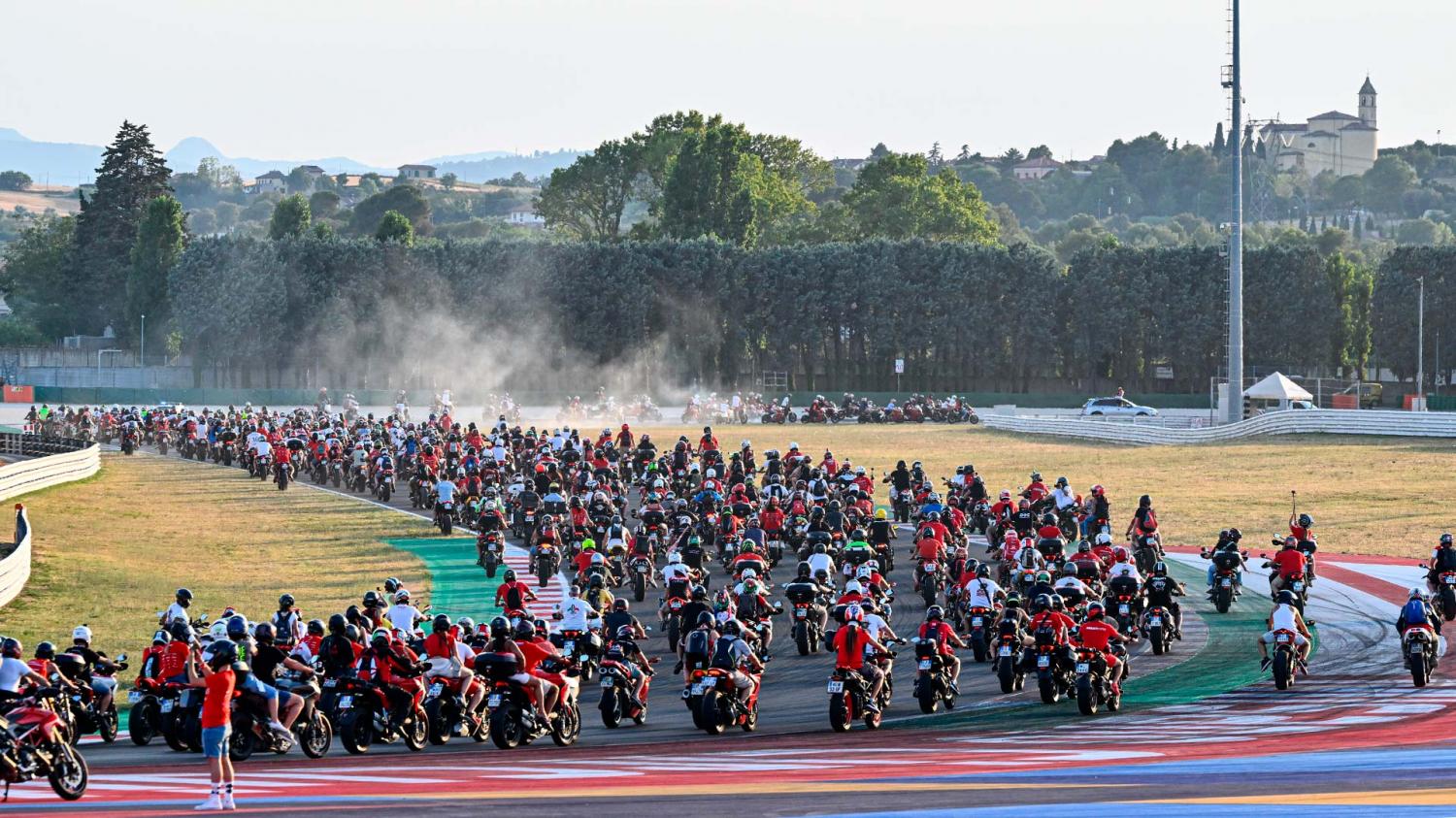 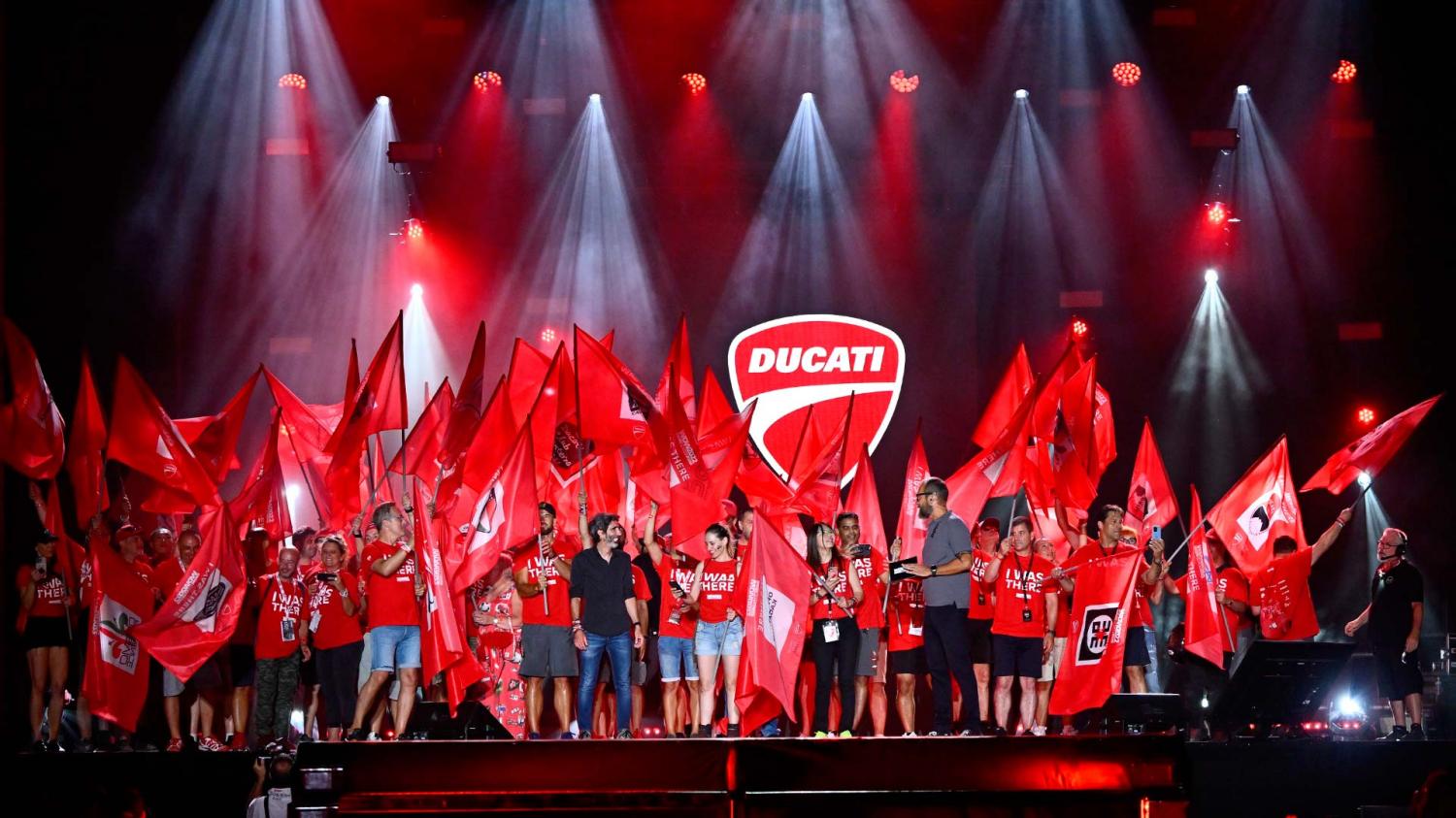 SAMUT PRAKAN: A 56-year-old man whose daughter refused to allow him to return to Myanmar was was found dead, hanged by a rope from a grill, at their rented room in Bang Phli district on Monday night.