MG hopes the newly-introduced VS HEV will help grow its market share in the Thai B-SUV segment, which is dominated by hybrid models from Honda and Toyota.

The VS HEV is MG's first hybrid model in the Thai market. It's based on the ZS but is positioned slightly higher in the MG crossover line-up, coming with a redesigned front end as well as improved aesthetics. Meanwhile, the larger HS is available in 1.5-litre turbocharged or PHEV variants, so the VS, being a hybrid, fills in the gap nicely.

With major competitors in the B-SUV segment available in hybrid form, MG says with the VS HEV it can now compete aggressively against rivals like the Honda HR-V, Toyota Corolla Cross, Nissan Kicks and Haval Jolion. 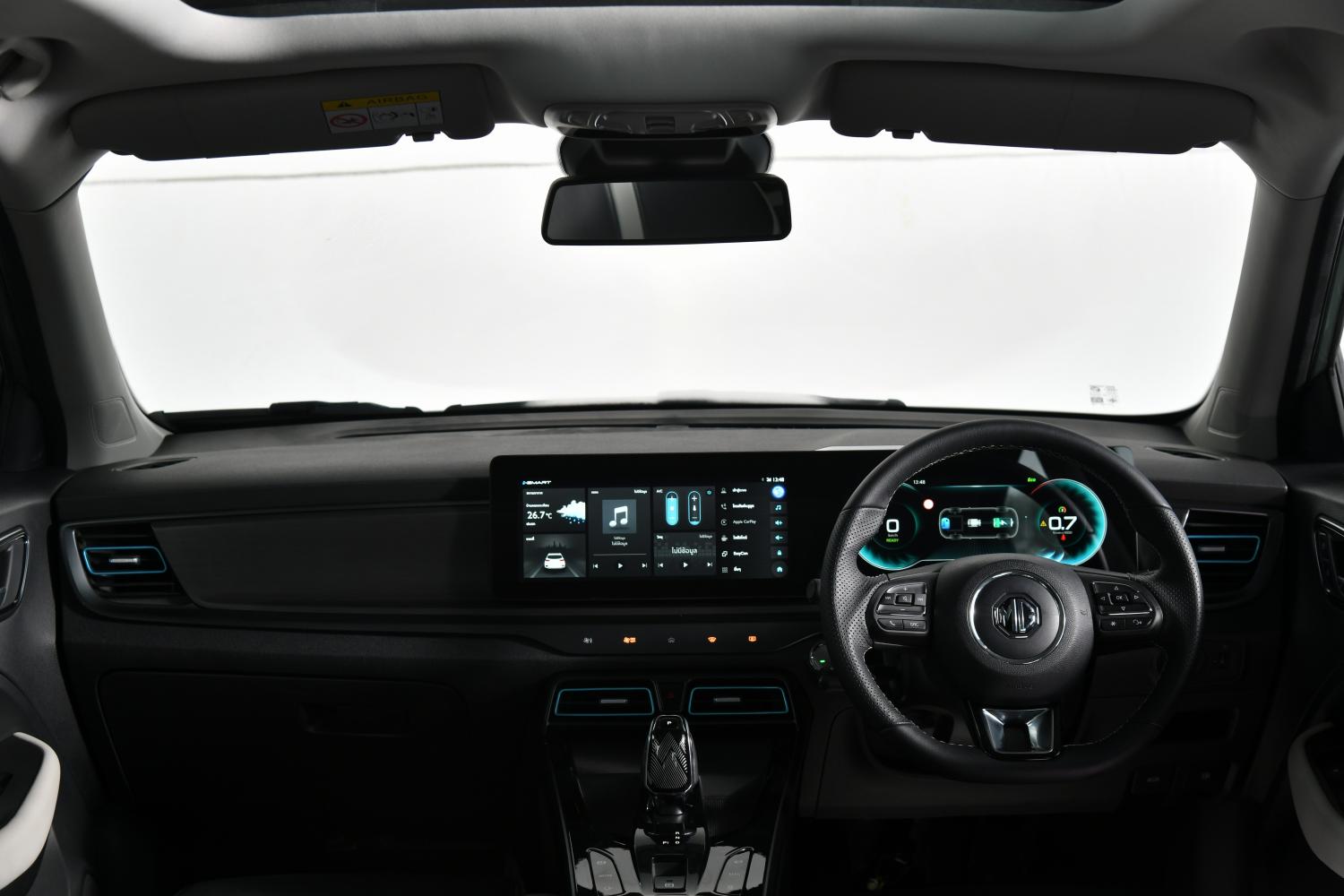 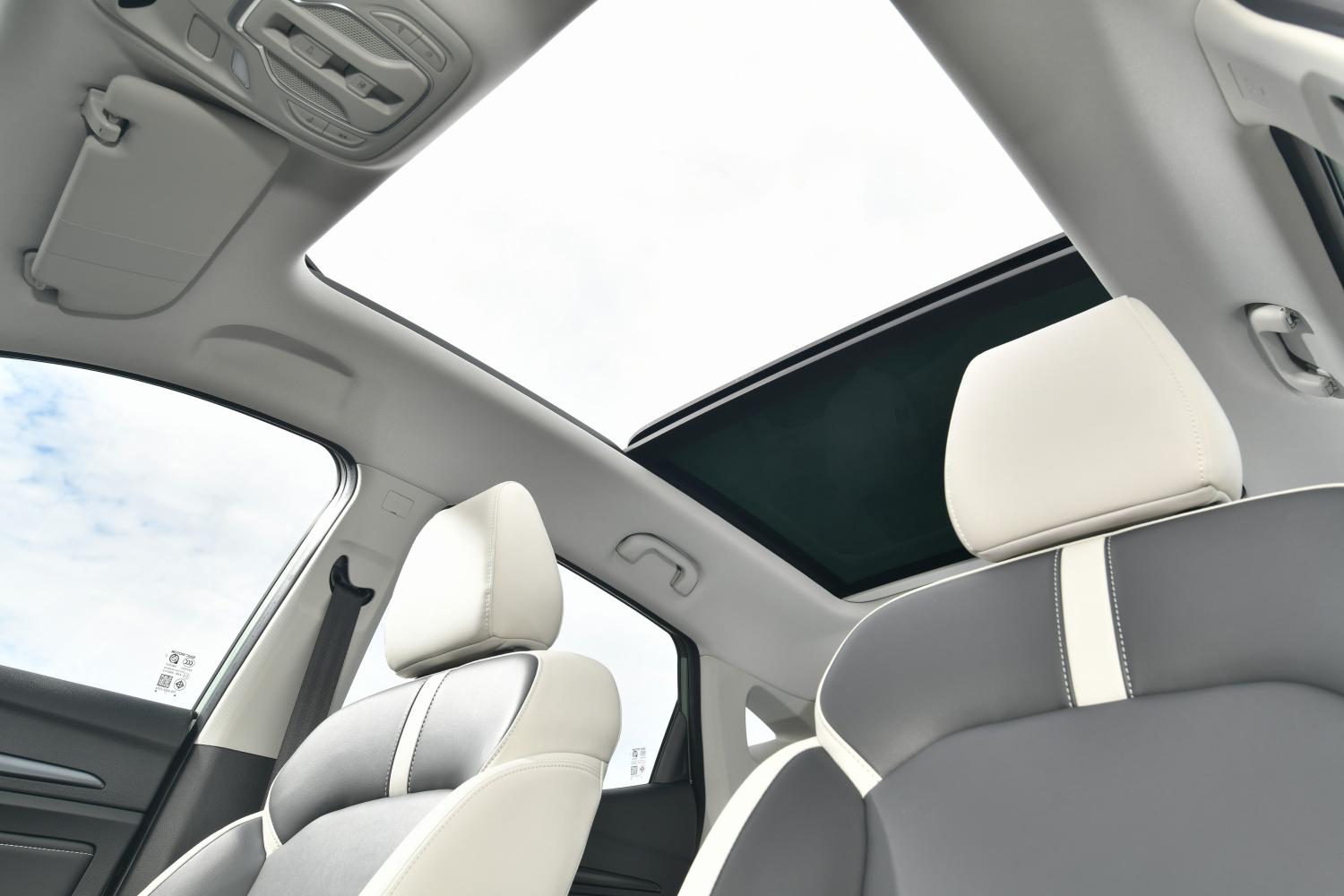 The VS HEV is basically the "luxury" version of the ZS and comes with improved design, particularly up front. There's a lot going on here, but in general, the VS does look good and the detailing is pretty neat.

The "Electrified Matrix Grille" design is based on the same concept as the ZS EV but does have holes for air to pass through to the radiator. There are LED projector headlights and LED rear lights, as well as glossy black inserts and blue highlights that remind you that it's a hybrid, plus aero wheel covers first seen in the ZS EV.

Inside the cockpit, the main difference is the front console, with the VS HEV boasting a widescreen display, consisting of two 12.3-inch screens, as well as an illuminated touch panel for the air-conditioning system. It's the only crossover in this segment with this type of large display.

In front of the driver is a 12.3-inch HD virtual dashboard that can display navigation routes. This allows the 12.3-inch touchscreen to be used for other purposes (by the front passenger). There's an i-SMART operating system and Apple CarPlay, while the ability to play multimedia content from an Android smartphone is available via the JOOX music app. 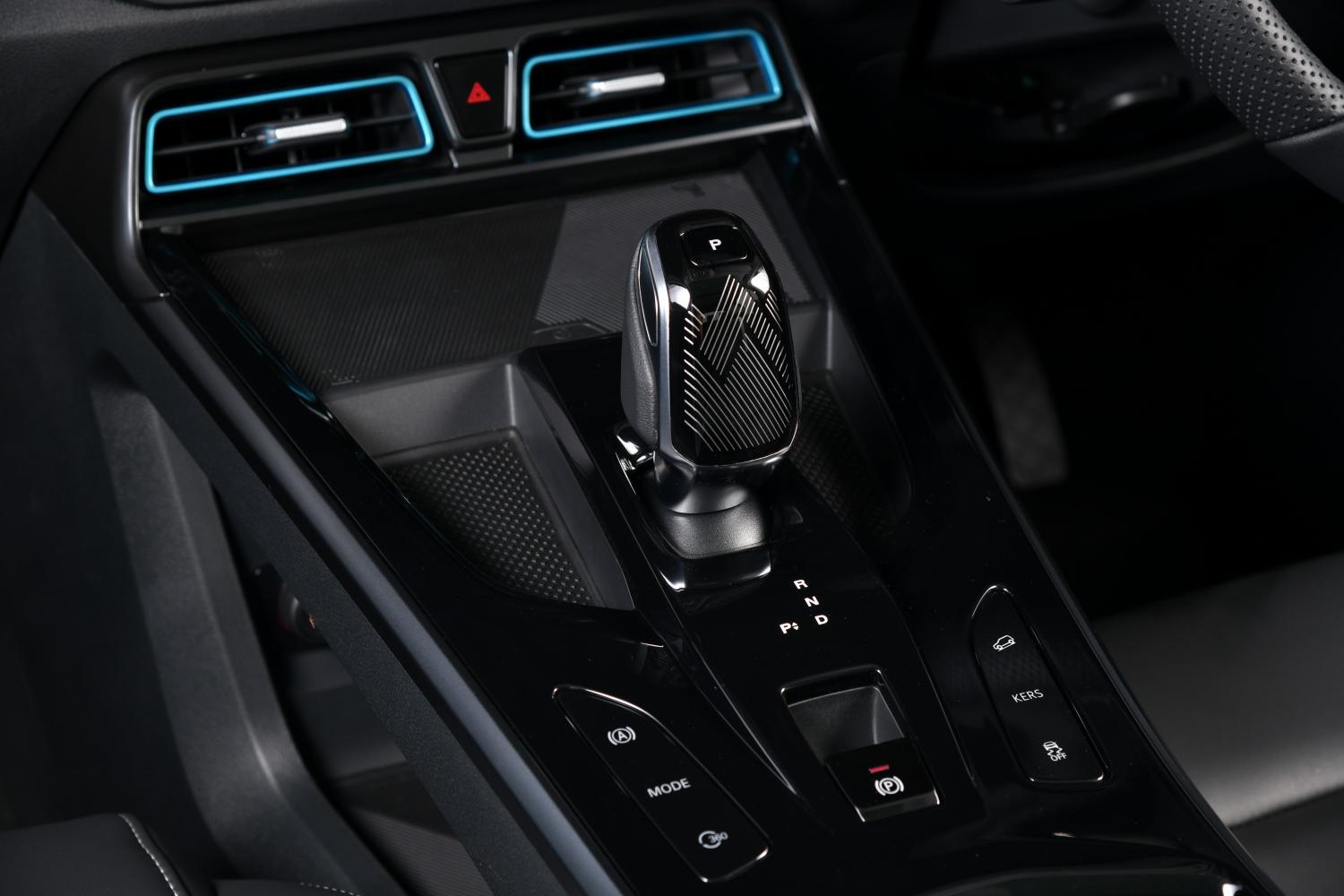 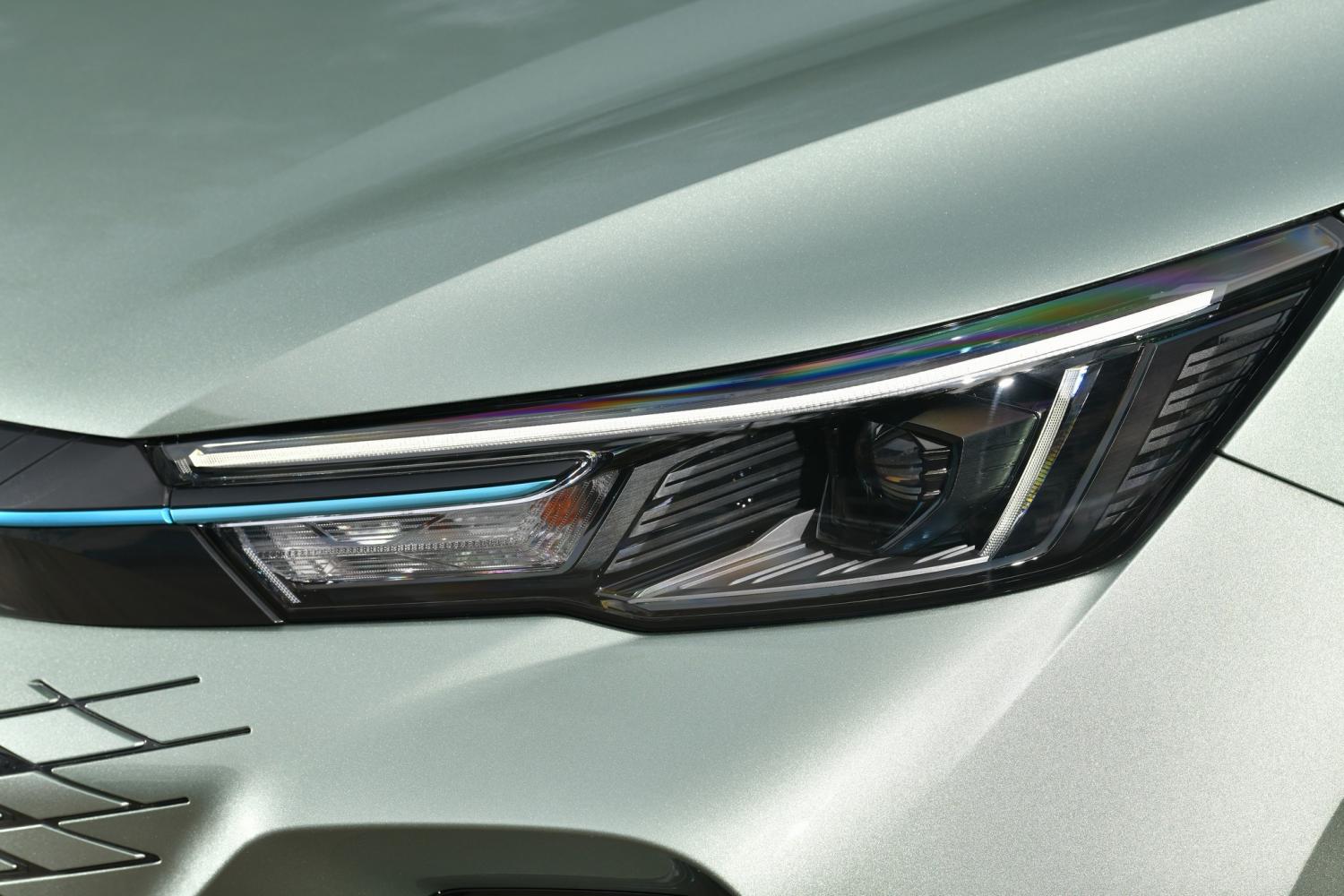 The VS HEV features an electronic gearshift lever that is nice to use and looks great on the double-deck centre console housing both USB Type-A and Type-C ports, apart from extra storage space for gadgets.

The D variant comes in three exterior colours with a black interior while the X variant is available with two-tone styling as well as black/white interior.

Both trims get a leather-wrapped multi-function steering wheel and synthetic leather upholstery plus some soft-touch areas on the door panels.

Apart from automatic headlights and a wireless charging pad, the X variant also comes with a large panoramic sunroof that gives the cabin a super-airy atmosphere plus a 360-degree HD camera.

The latest i-SMART system is easier to use and can be updated wirelessly. The VS HEV also comes with an electronic key feature that the owner can share with others. 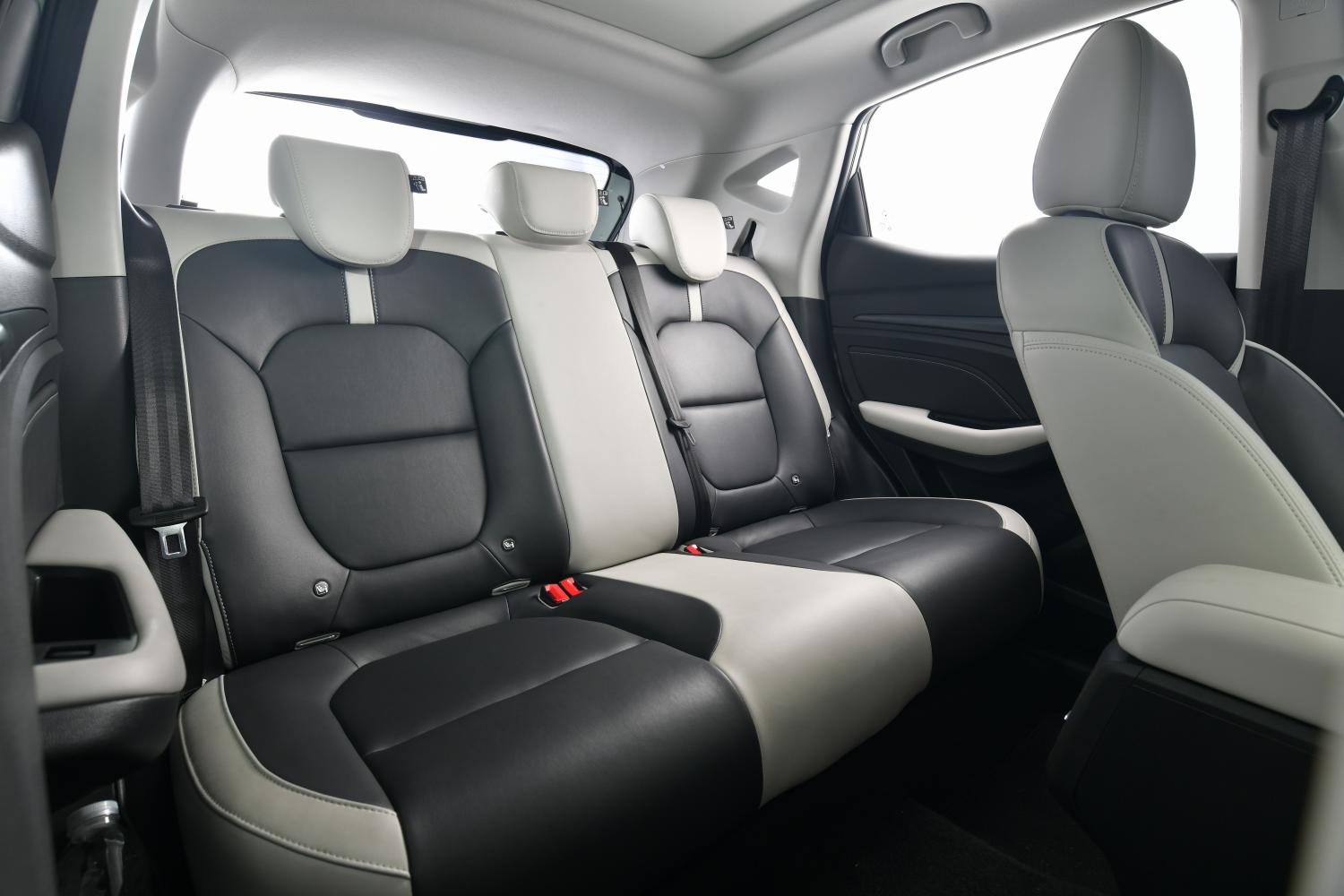 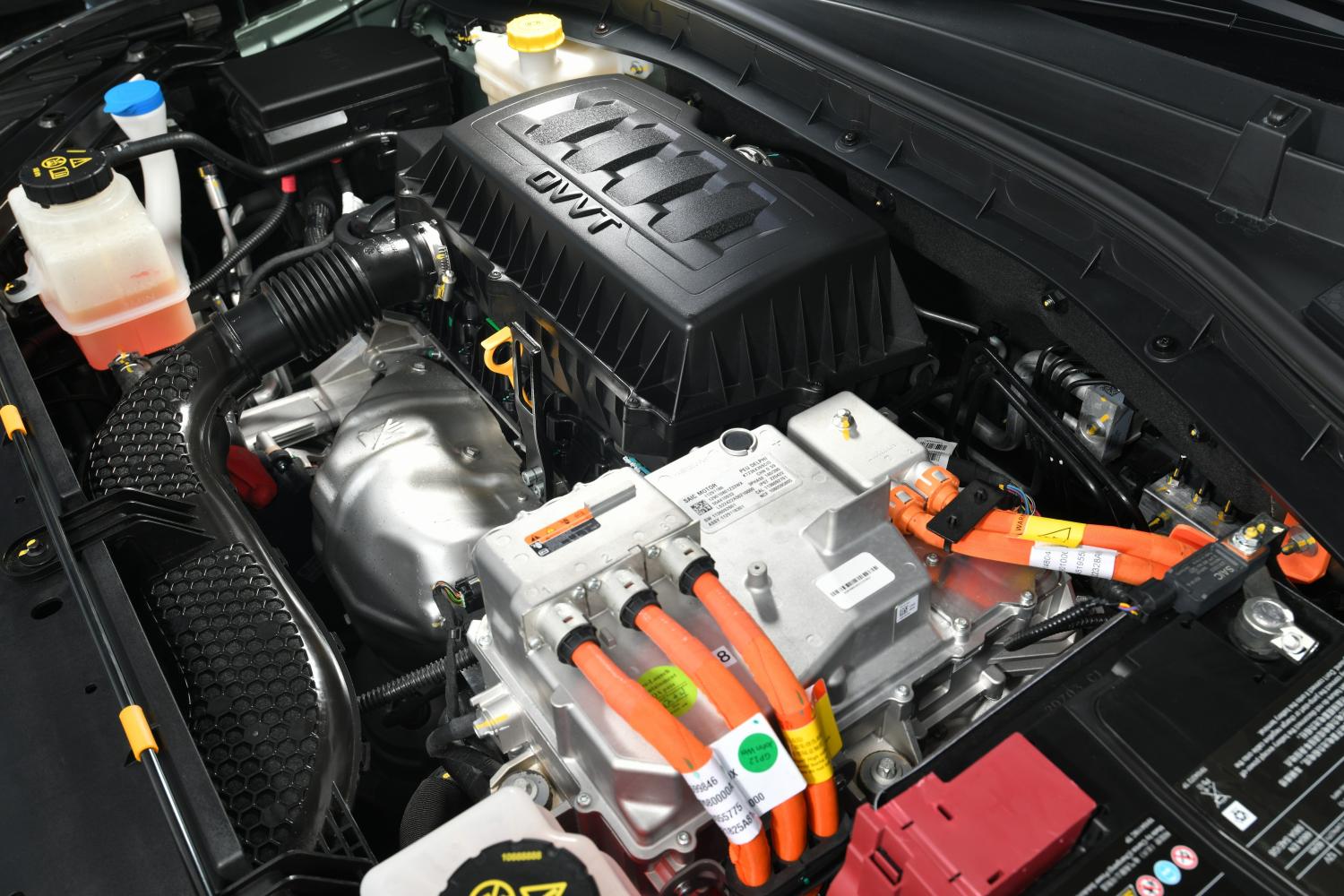 The VS HEV features a hybrid powerplant consisting of a 1.5-litre petrol engine mated to an electric motor and electronic CVT. The electric motor can produce up to 200Nm of torque, while total system output is claimed at 177hp.

The VS has a 2.13kWh lithium-ion battery stored in the luggage compartment floor -- there are three kinetic regeneration levels and three driving modes that can be selected from hard buttons on the centre console. An electric parking brake button with brake hold is also offered.

The highlight of the VS HEV is the punchy performance, with 0-100kph acceleration time ranging from 8-9sec depending on the state of the battery (which can be displayed on the dash).

The average fuel economy according to the official Eco Sticker is stated at 24.4kpl, but real-world figures could be very different.

Handling is not the best, especially when driven hard through tight corners and slaloms at the Pathumthani Speedway tracks. The Nissan Kicks e-POWER feels more surefooted when driven under the same circumstances.

Comfort is satisfactory at low speeds although poor road conditions can shake up the VS HEV a bit, particularly deep potholes. It's fine on the highway, with good comfort at cruising speeds.

There are disc brakes all-round and a decent level of standard safety features, but sadly there are no intelligent safety options, which could be offered during the minor change period in a couple of years. The X trim includes six airbags (four for the D trim). 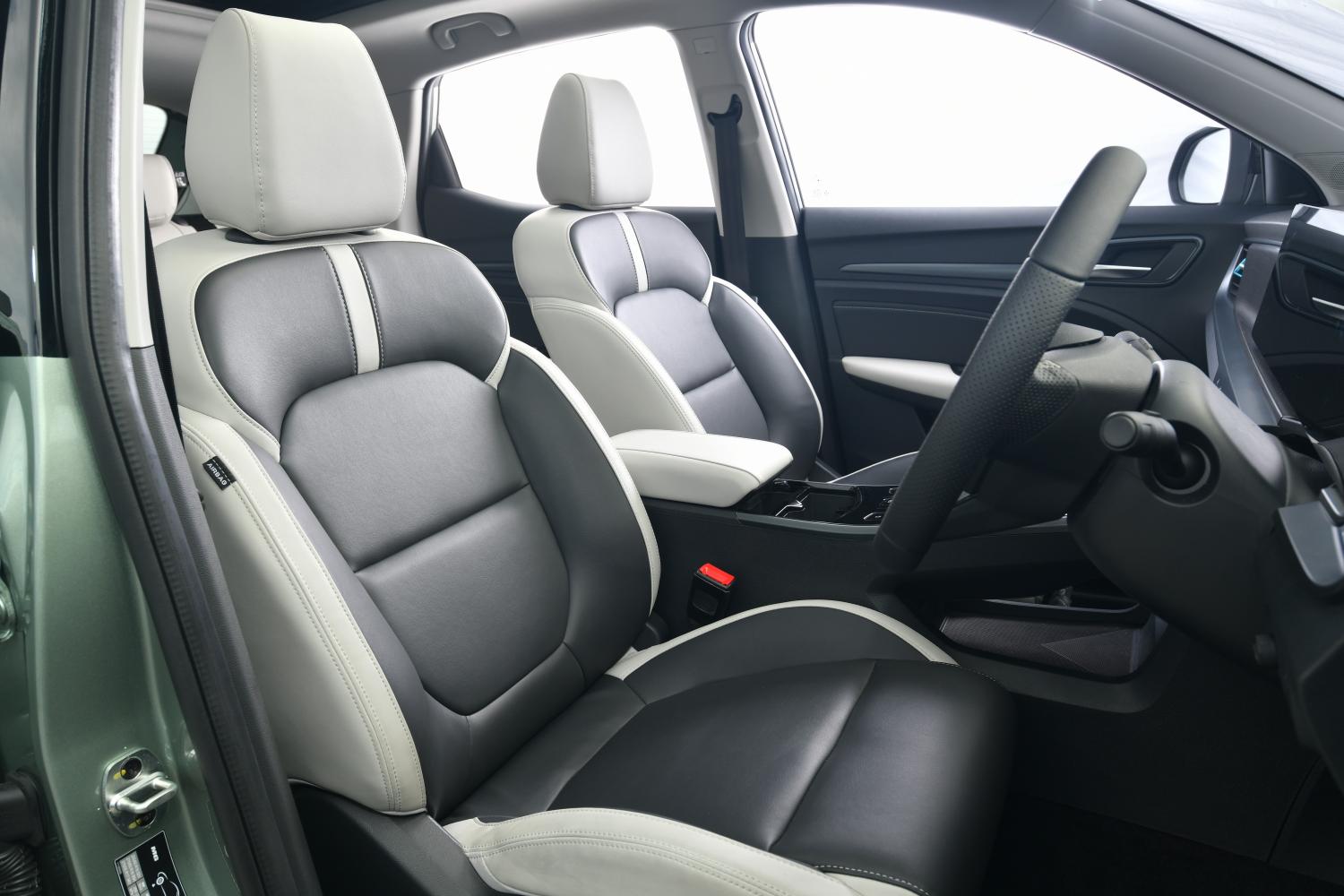 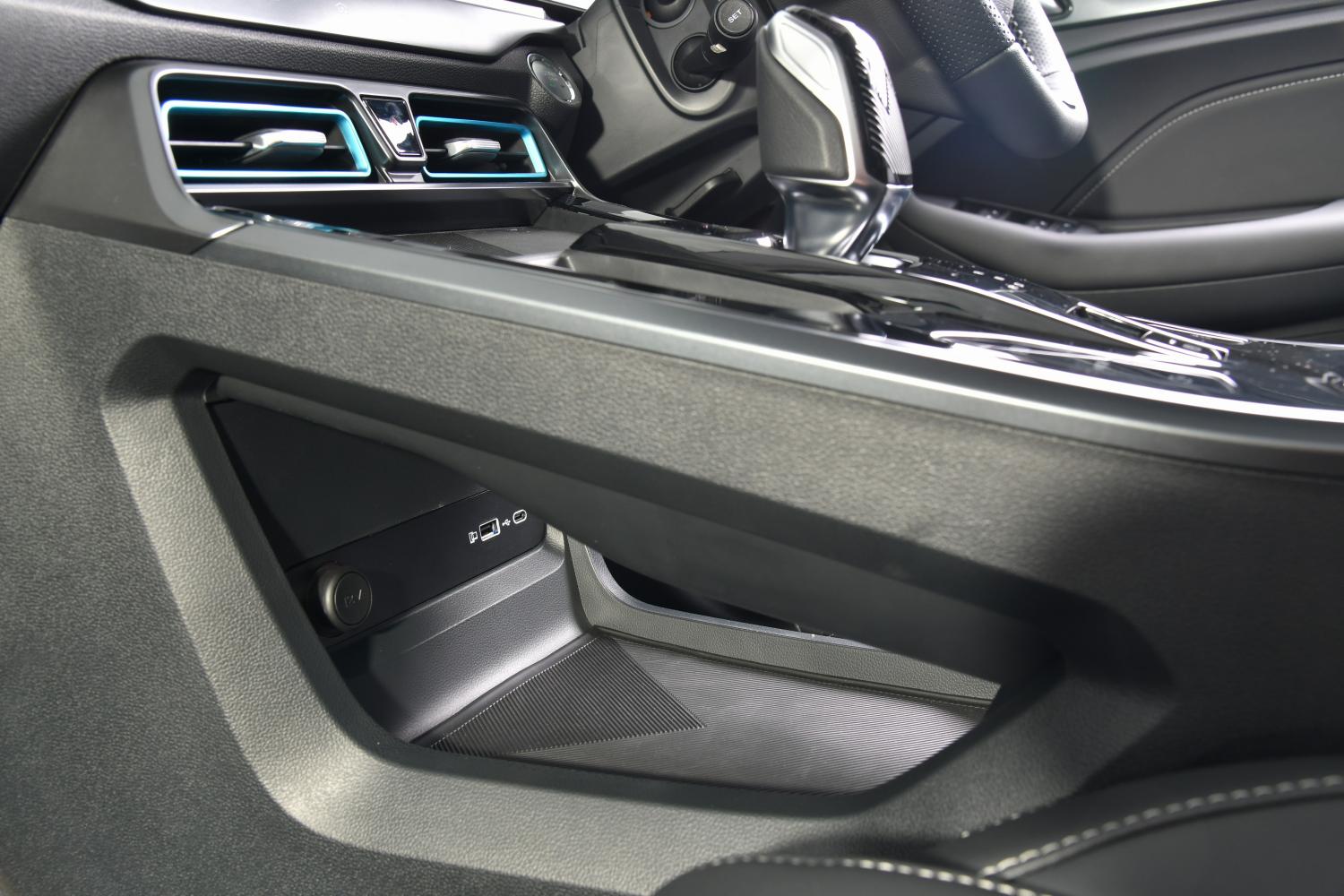 The MG VS HEV is an interesting upgrade from the entry-level ZS crossover that offers a significant price advantage compared to mainstream hybrid crossovers with upmarket features that will interest many buyers. 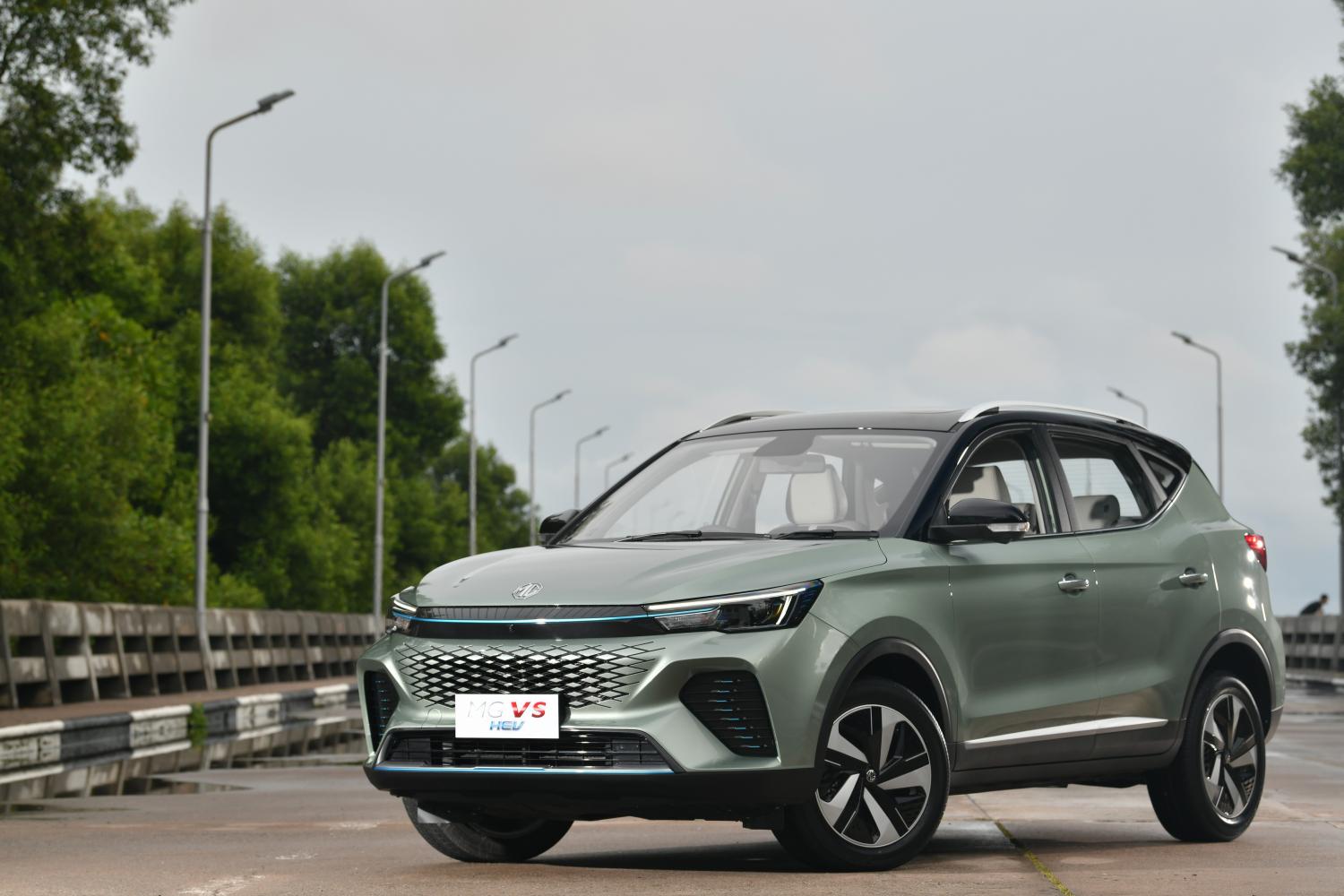 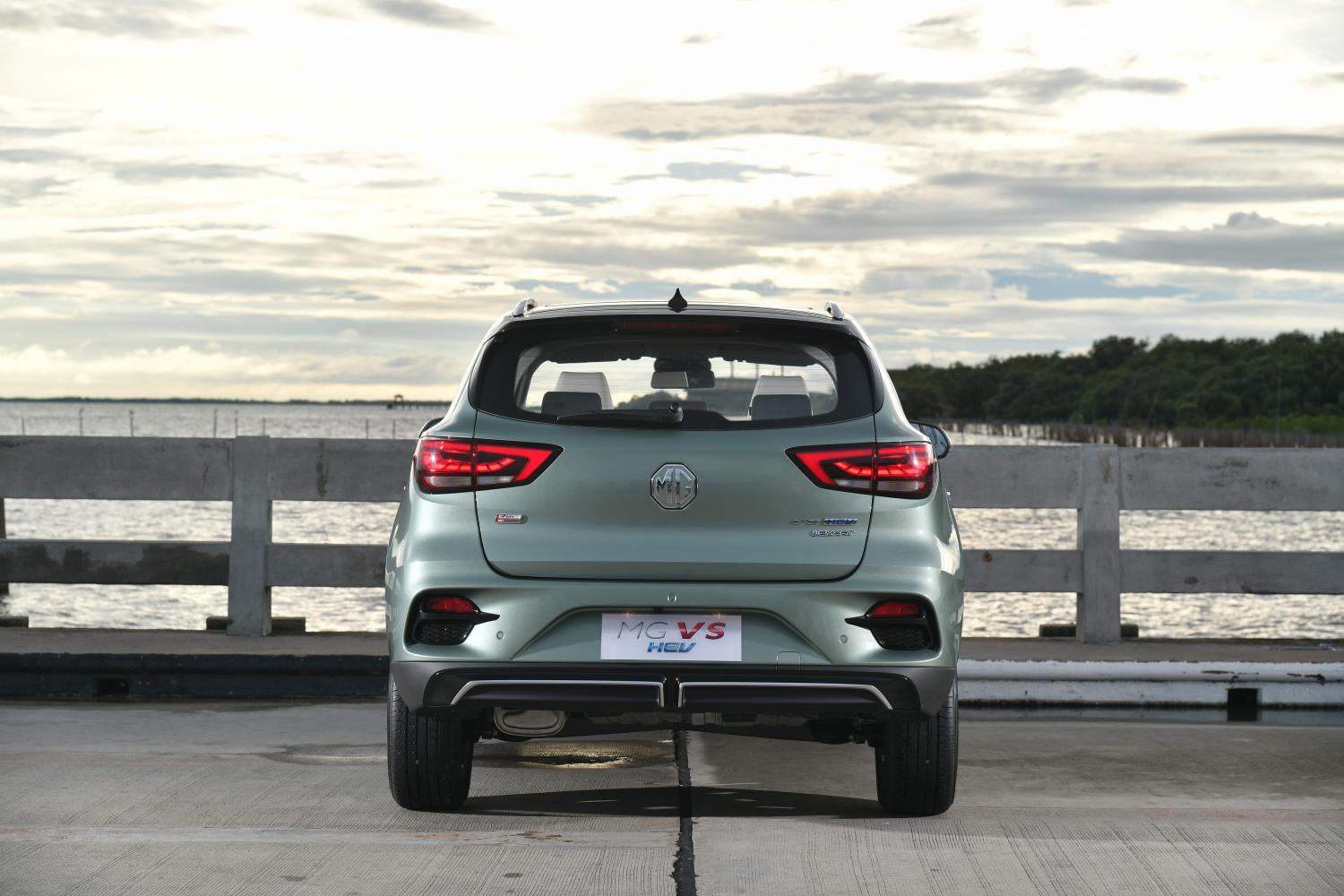 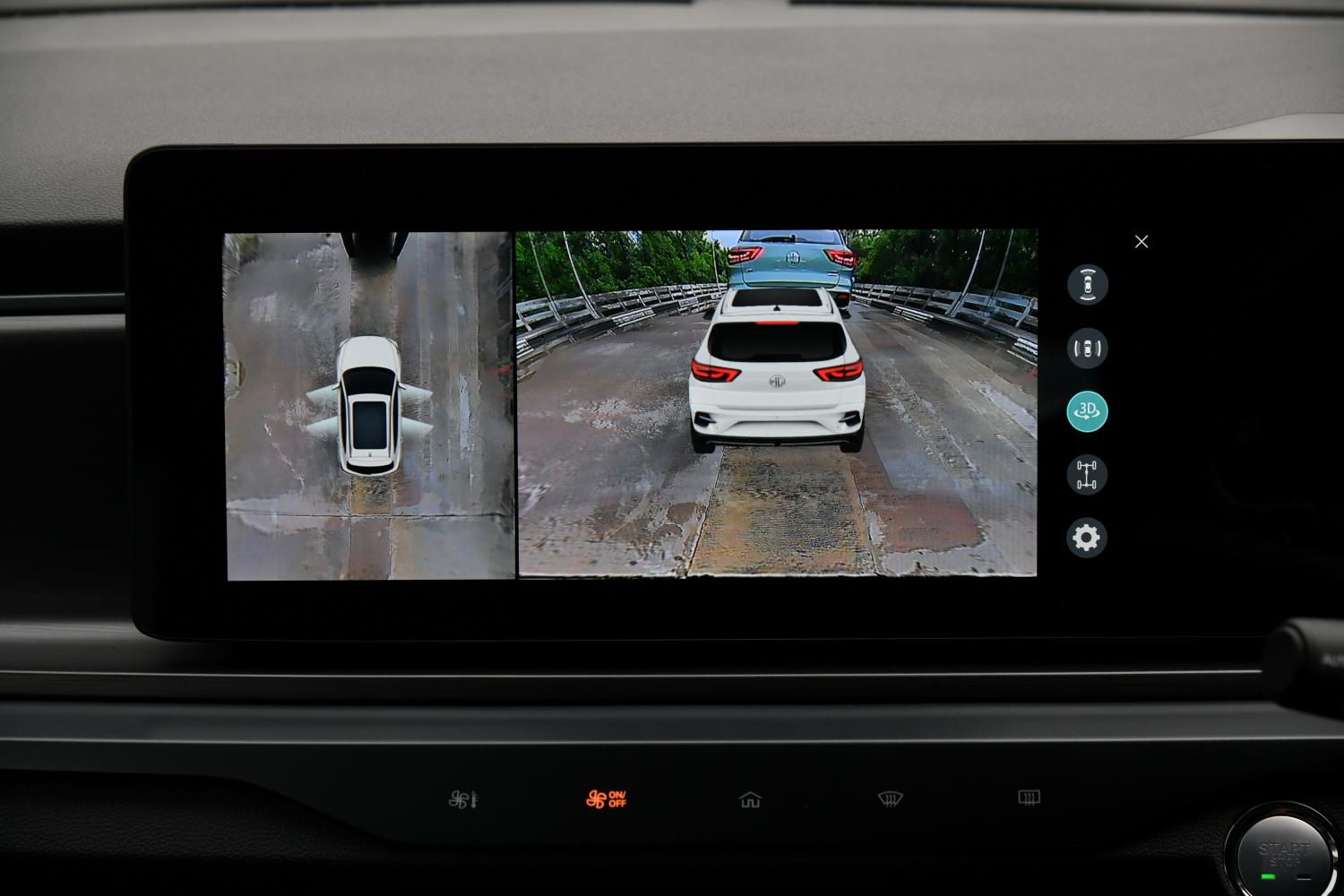 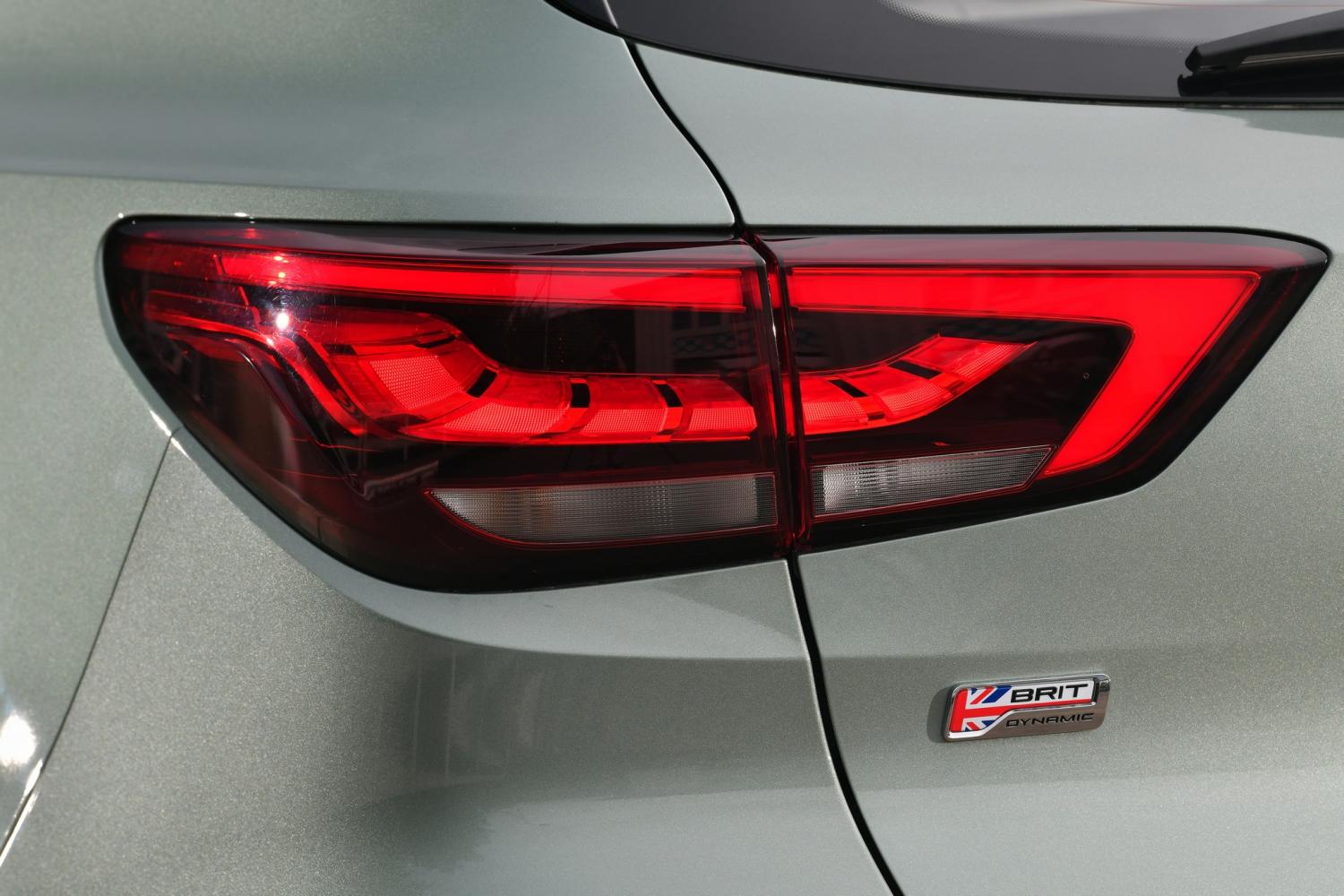