The new Porsche 911 GT3 RS honours and builds on tradition

Porsche has introduced the 911 GT3 RS, the most extreme street-legal 911 that also serves as a tribute to the first 911 Carrera RS 2.7 model from half-a-century ago.

According to Porsche, the show car seen in the photos has been extensively personalised with similar elements to the first 911 RS, including a white body with key areas in python green.

The body is finished in non-metallic white with side air intakes painted to match and model designation on the sides and rear in python green. The forged aluminium wheels also come in python green with white pinstripes.

At the rear, there is further emphasis on the green-on-white theme by eliminating the red colour from the rear lights and third brake light. To finish off, the side plates on the left and right ends of the large rear wing are painted white with the RS logos in python green. 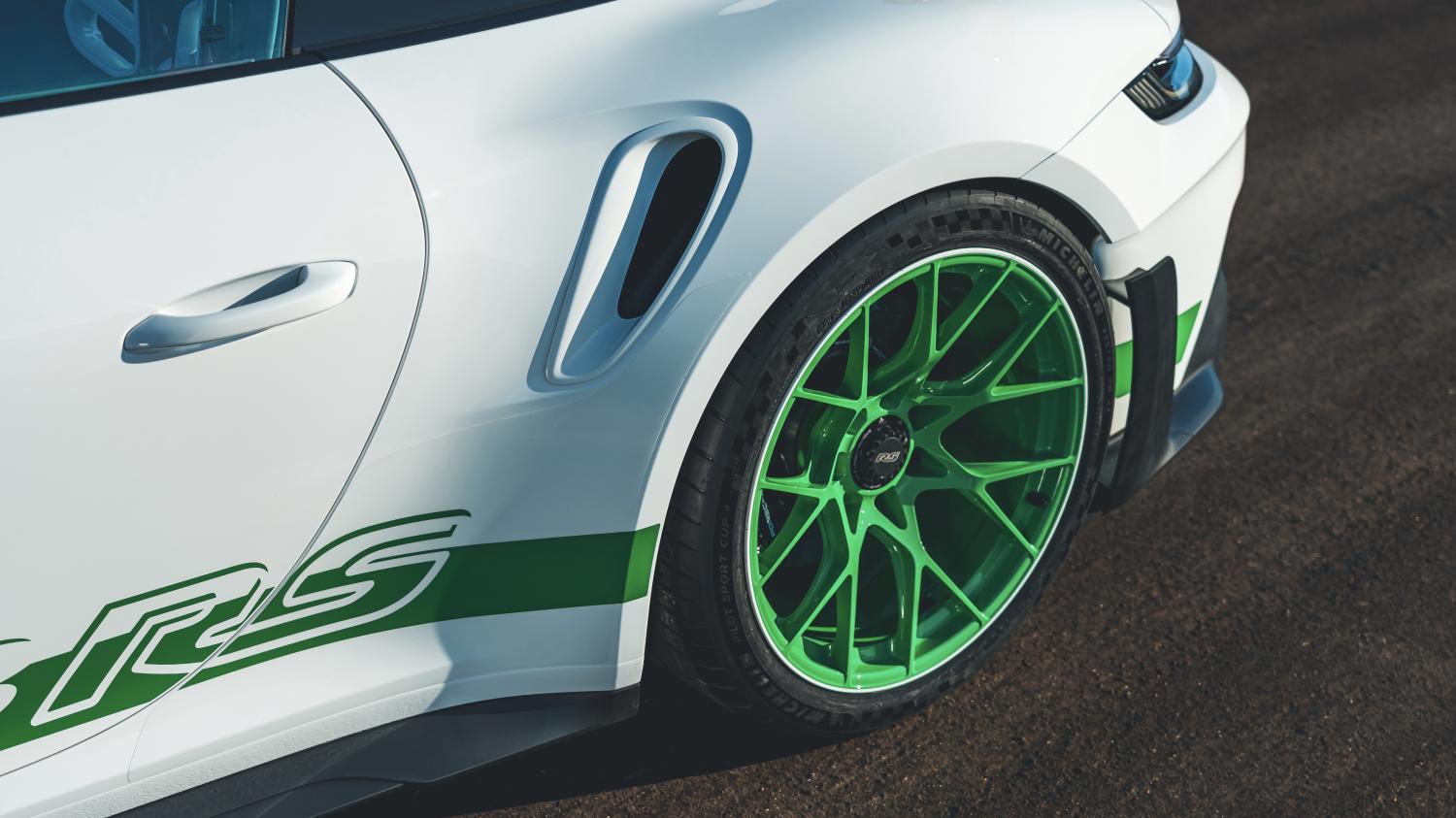 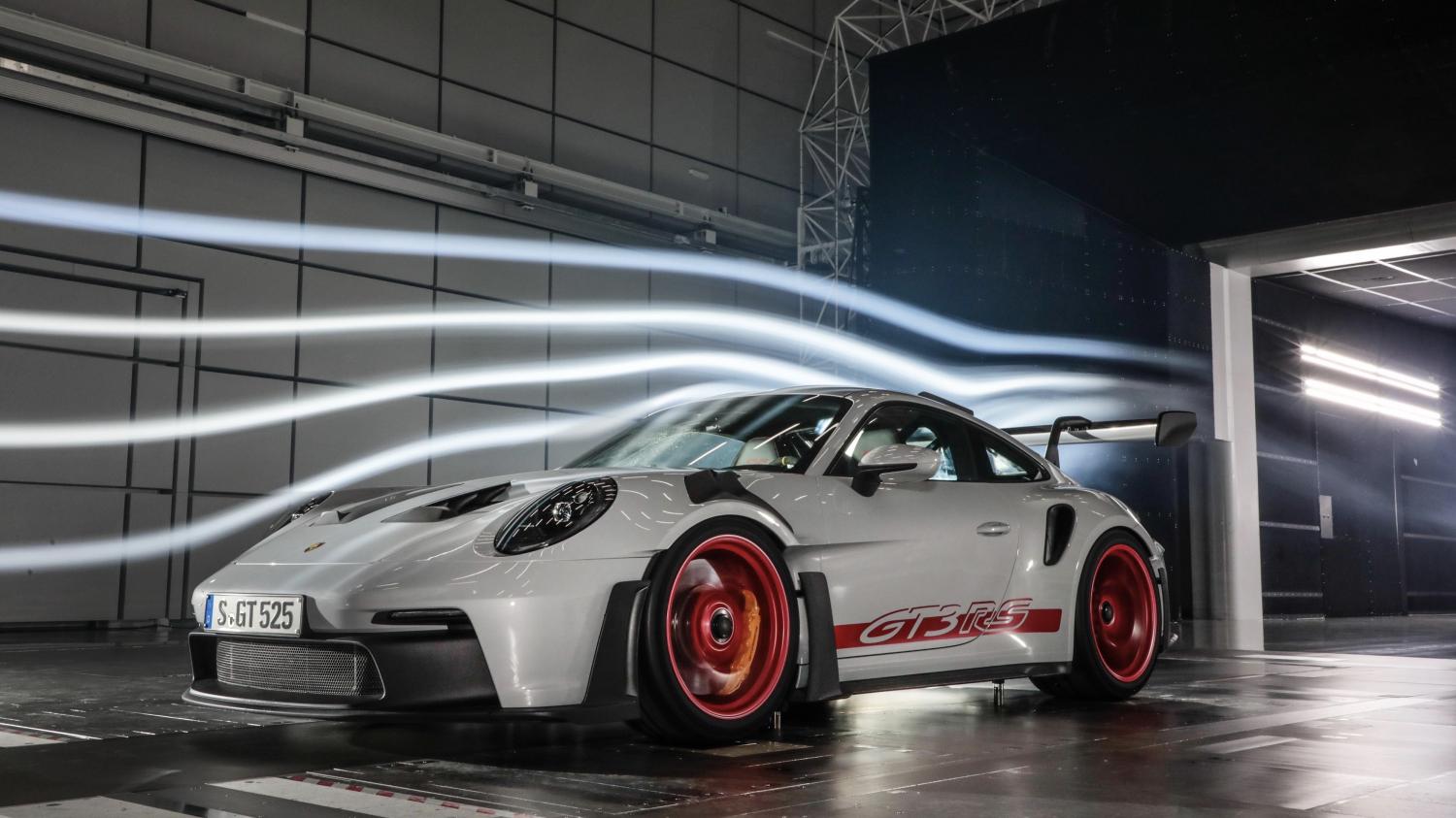 Instead of a three-radiator layout seen in previous 911s, the new 911 GT3 RS features a large and angled radiator in the car's nose, allowing space on the sides to be used for active aerodynamics elements.

Porsche says that the adjustable front wings and the two-part rear wing (plus other aerodynamic features) provide up to 409kg of total downforce at 200kph and 806kg at 285kph. This is twice as much as the 991.2 predecessor and three times as much as the current 911 GT3.

A drag reduction system (DRS) is featured in a production Porsche for the first time in the 911 GT3 RS. The system helps achieve low drag and higher speeds on long straights by flattening the wing and activating the air brake function during strong braking. Meanwhile, the wing elements at the front and rear contribute to aerodynamic deceleration and cooling the brakes.

The rear wing is huge, and also for the first time on a production Porsche the upper edge is higher than the car's roof. An air splitter replaces the front spoiler on the new model and divides air flowing over and underneath the car.

There are various air inlets and outlets, along with air blades and fins to maximise the aerodynamics as well as cooling performance for the 911 GT3 RS. 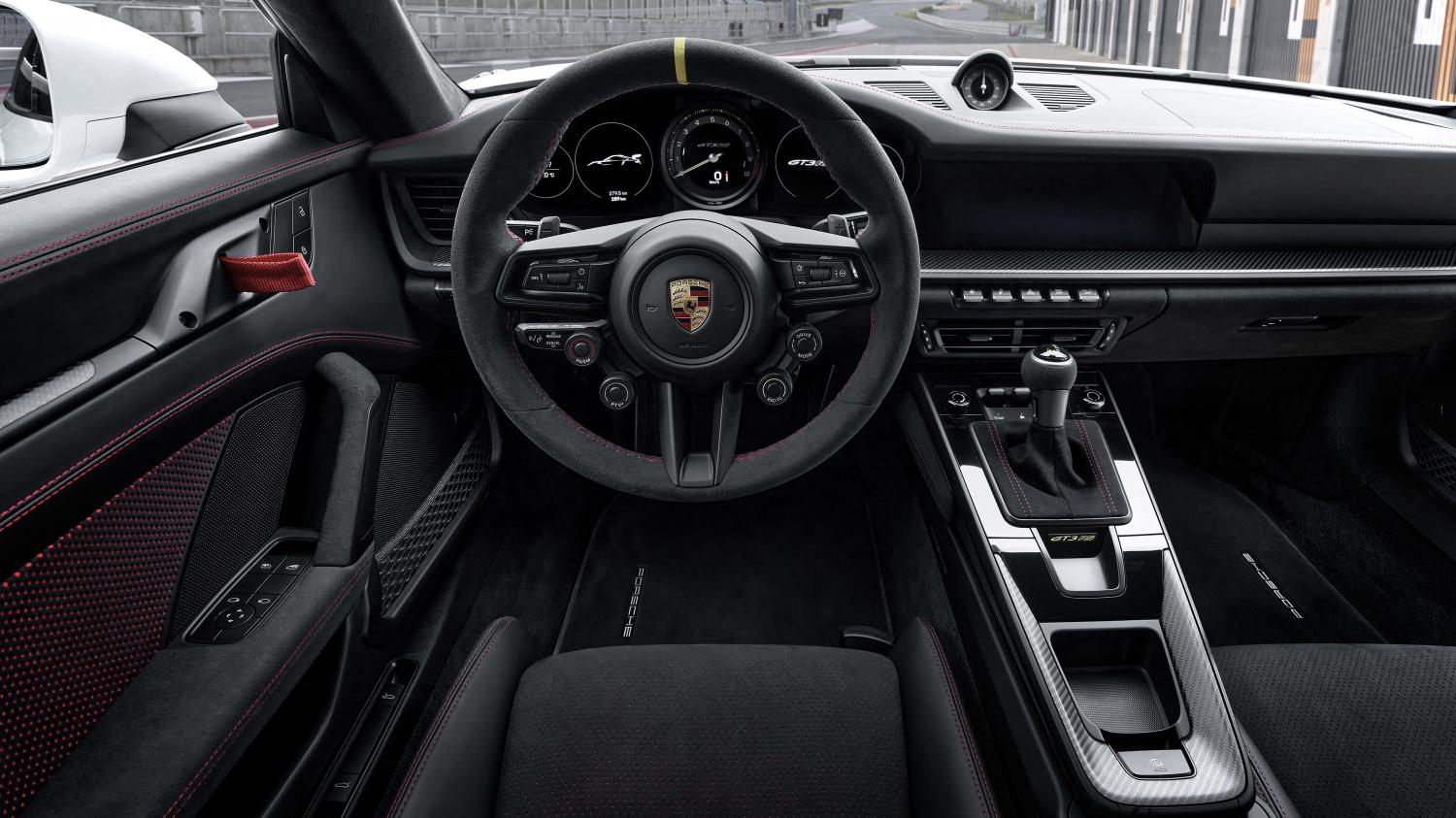 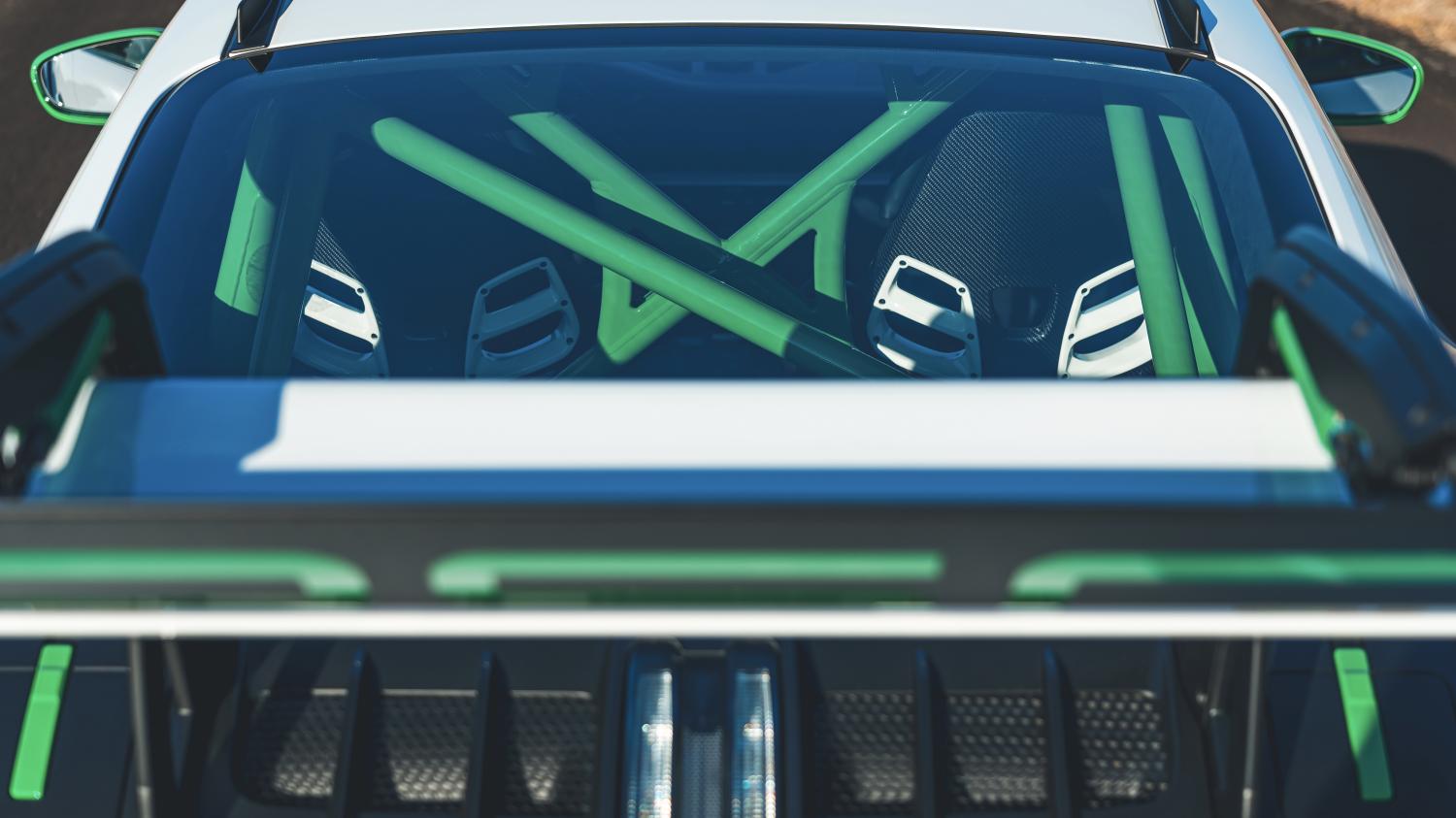 Thanks to the use of lightweight materials including carbon fibre reinforced polymer (CFRP), the 911 GT3 RS weighs in at 1,450kg. According to Porsche, the doors, front wings, roof and front lid are made from CFRP while interior features such as the bucket seats are also made from lightweight CFRP.

There are three driving modes -- normal, sport and track. In track mode, basic settings can be individually adjusted, for example the rebound and compression of the front and rear dampers can be separately adjusted. The rear differential can also be adjusted by rotary controls on the steering wheel (the DRS controls and buttons are also on the steering wheel). 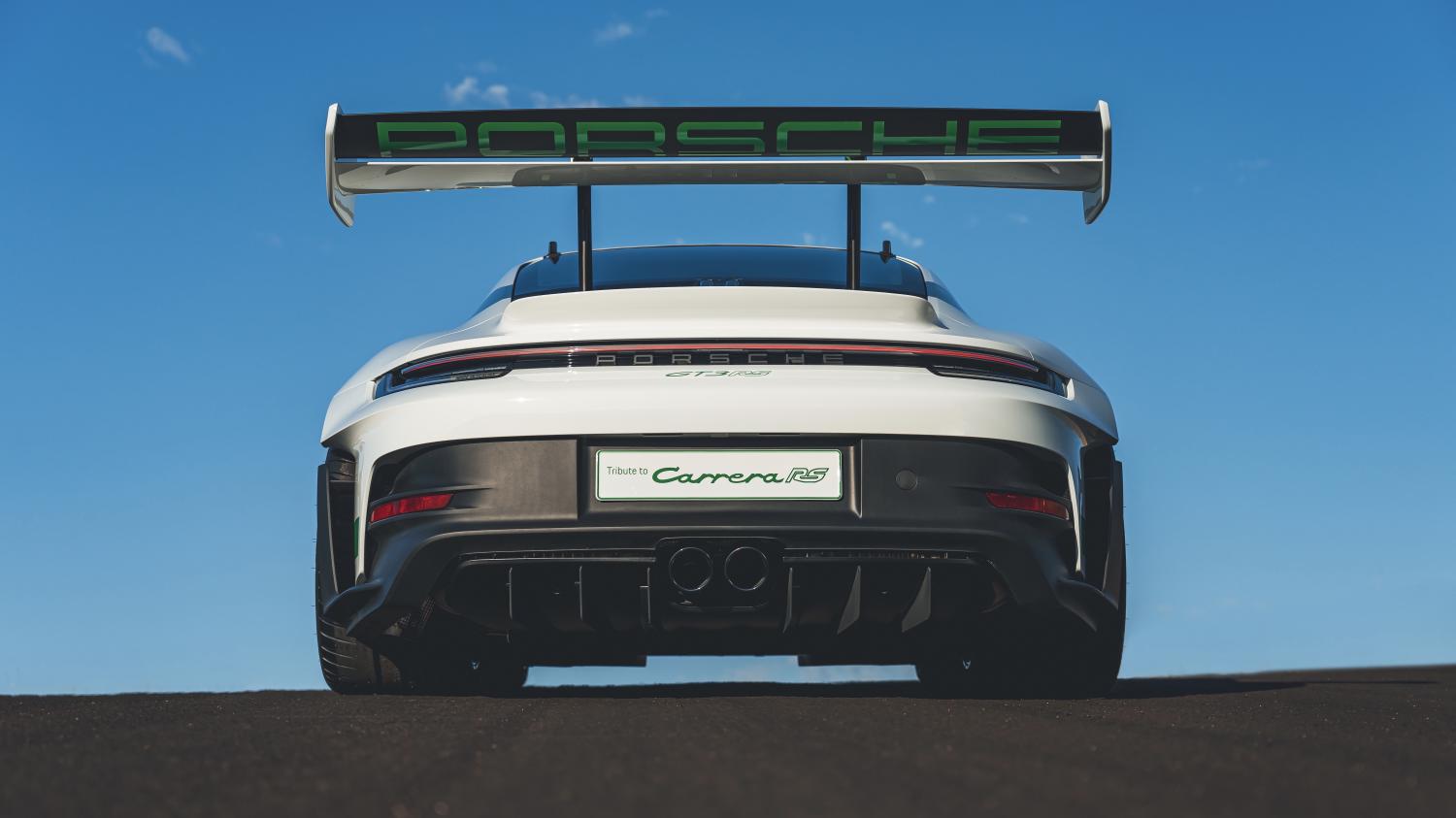 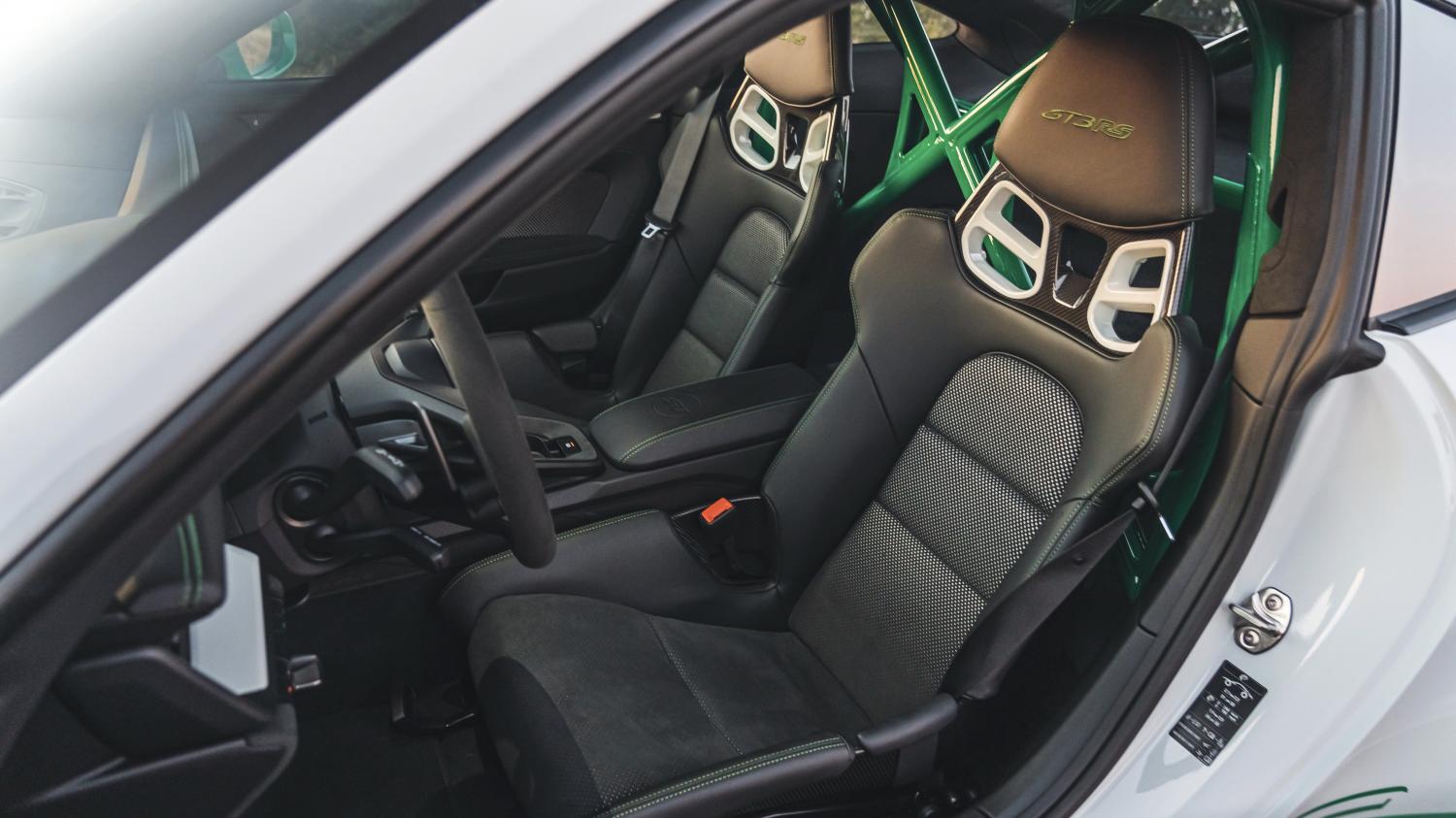 The 911 GT3 RS also comes with a track screen that reduces the 7-inch side displays to show only important information.

The 4.0-litre naturally-aspirated engine has been further improved compared to the 911 GT3 with new camshafts and modified cam profiles to deliver 525hp and rev to 9,000rpm. The boxer engine is mated to a seven-speed dual clutch transmission with a shorter overall gear ratio, and air intakes on the underbody help the gearbox withstand extreme loads during track use.

Stopping power comes from aluminium monoblock fixed caliper brakes with six pistons and 408mm brake discs up front. Both the piston diameters and disc thickness have been increased, while the rear axle still comes with the same 380mm discs with four-piston calipers.

There's also an optional ceramic brake option with 410mm discs up front and 390mm discs at the rear. 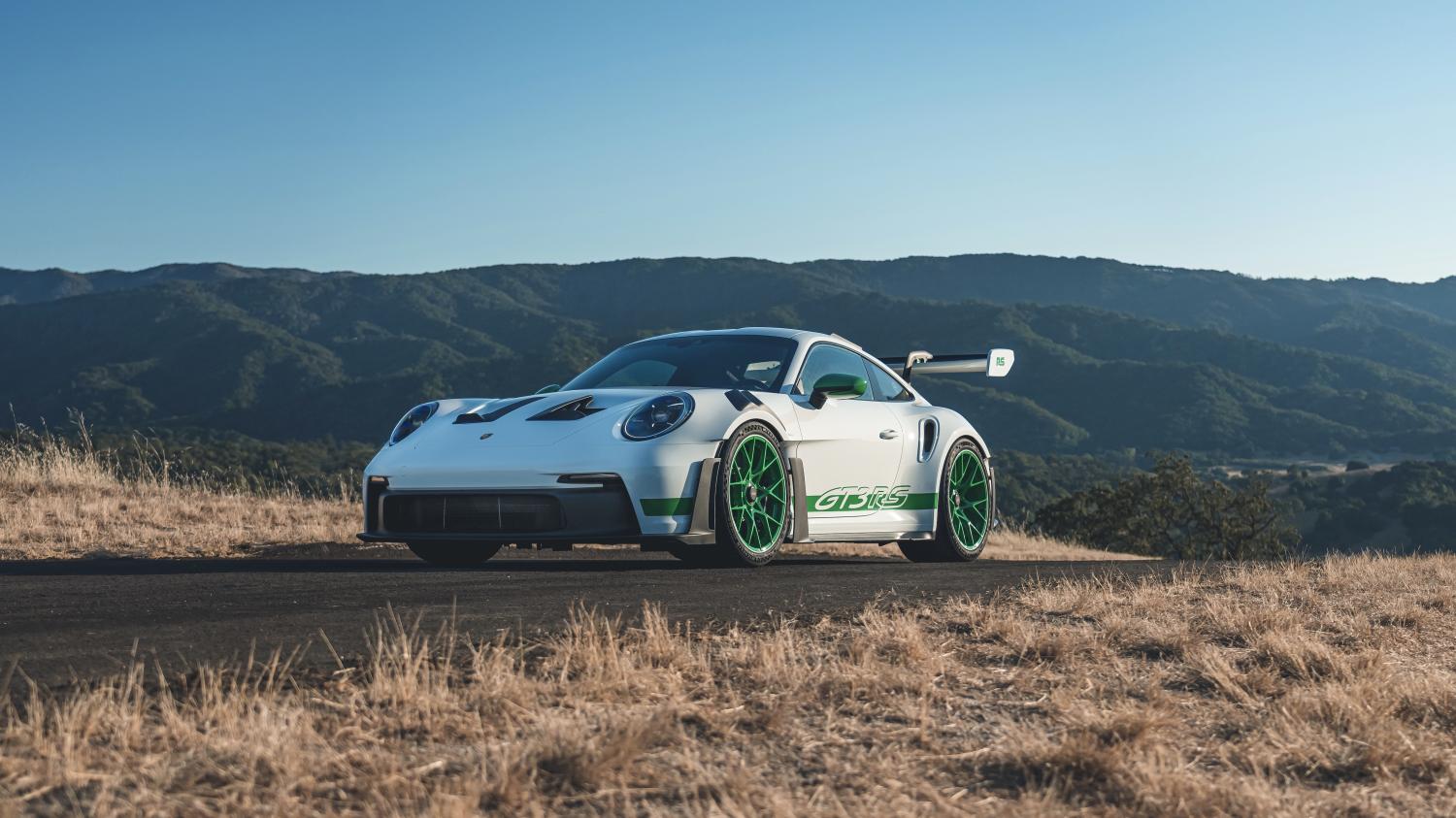 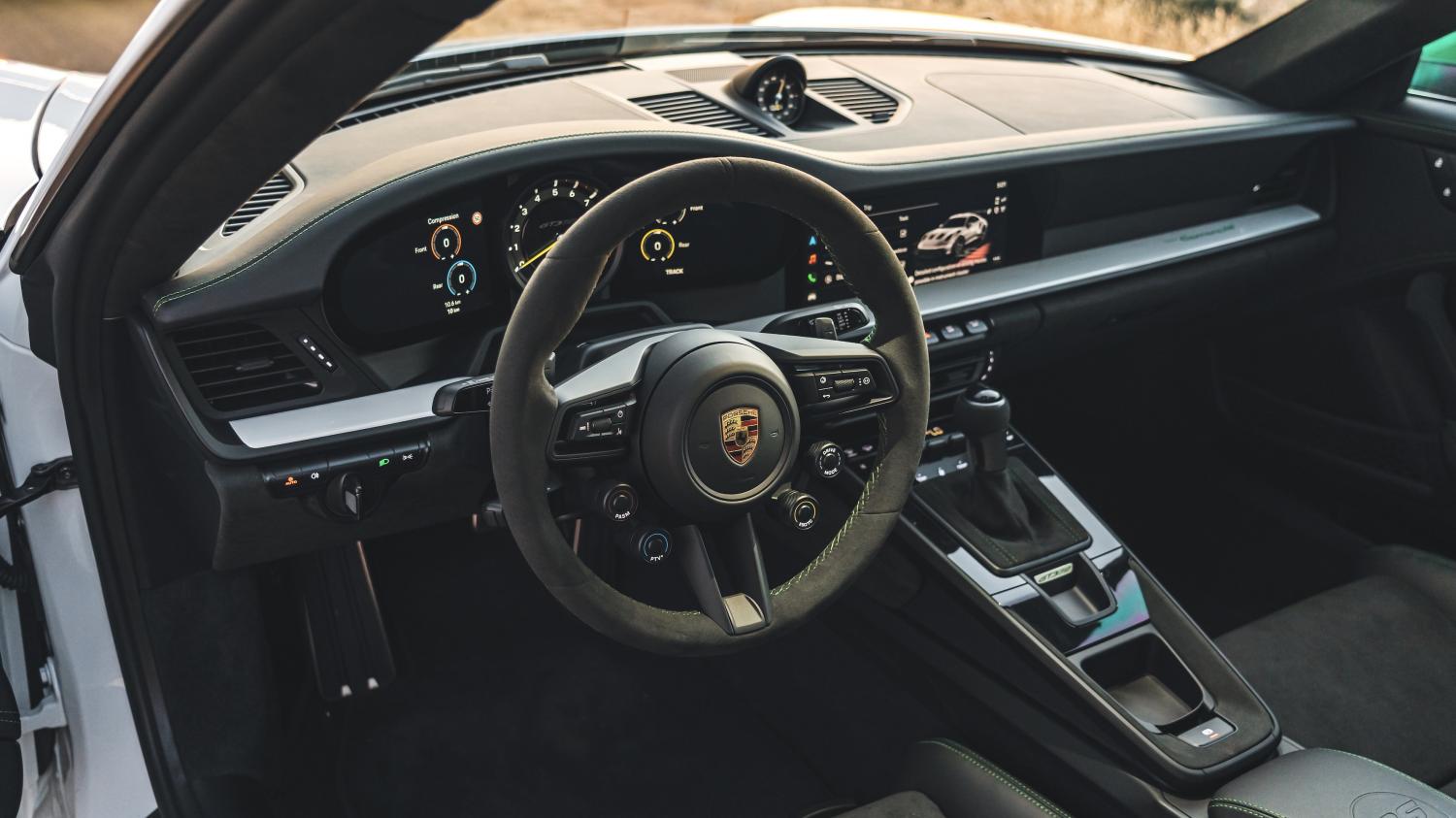 Porsche says that the 911 GT3 RS is available with the Clubsport package that includes a steel rollover bar, hand-held fire extinguisher and six-point belt for the driver, at no extra cost. The cockpit features black leather, Racetex and carbon-weave finish.

The Weissach package, meanwhile, isn't free and comes with more upgrades including a carbon-weave finish for exterior parts, CFRP anti-roll bars and rollover bars (6kg lighter than steel), and PDK paddle shifters with motorsport-derived magnet technology. Magnesium forged wheels that save another 8kg are also available in this package. 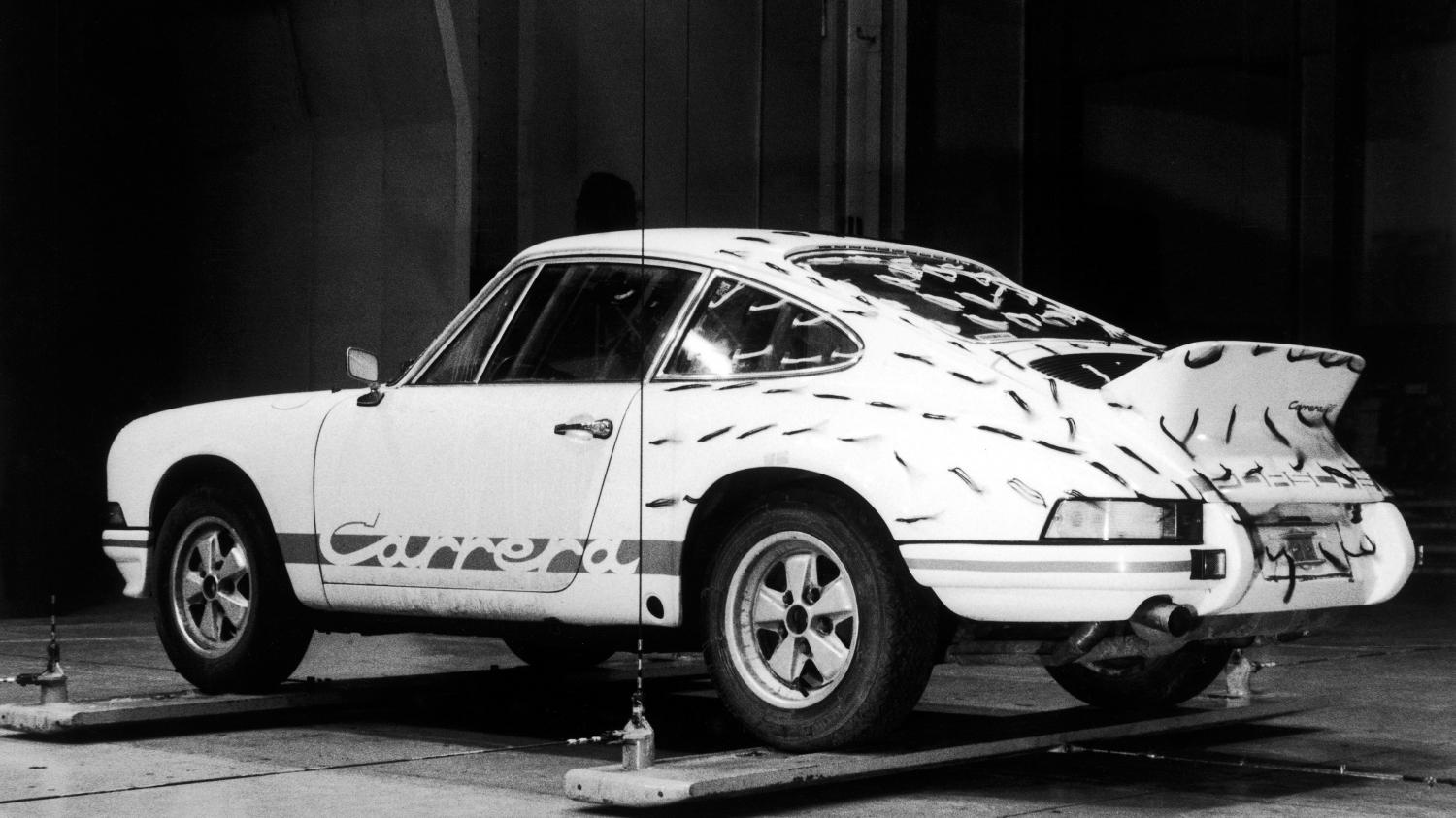 The story began 50 years ago when the 911 Carrera RS 2.7 was crowned Germany's fastest sports car. Starting off as a homologation special with many technical innovations, it was the most powerful version of the first-gen 911, with the air-cooled flat-six engine producing 210hp@6,300rpm and 254Nm@5,100rpm.

Much like the new 911 GT3 RS, wind tunnel testing and aerodynamic science introduced never-before-seen technology to the 911. The ducktail, now as much an icon of style as an element of function, was critical in achieving stability at high speeds. Not only did it unlock the ability to drive faster, but it did so without incurring additional drag. In fact, it reduced the drag coefficient.