The Triton's new Athlete package adds muscle, but if you don't pay up you'll be left wanting more

As the Thai pickup truck market heats up with new and a large variety of special models, Mitsubishi is taking part in the race with its Triton.

Positioned at the top of the Triton line-up is the Double Cab 4WD Athlete AT that's priced at 1.196 million baht and featured in this review. It's the most fully-equipped Triton variant that comes with a dedicated four-wheel-drive system, intelligent safety as well as upgraded equipment, but for those who aren't interested in advanced features and want to save a significant amount of money, the Double Cab Plus Athlete GT AT is available at much lower pricing of 1.005 million baht. 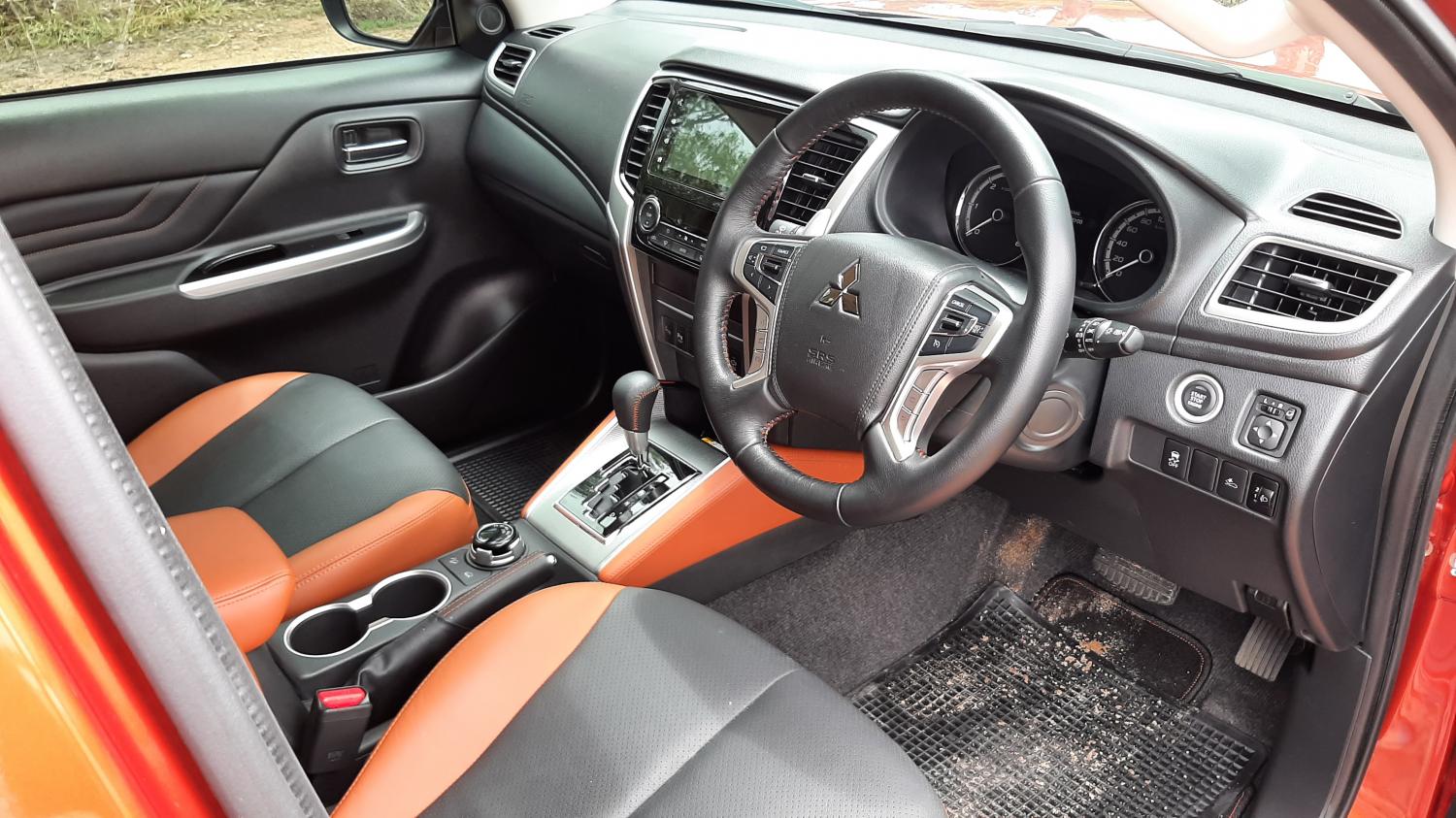 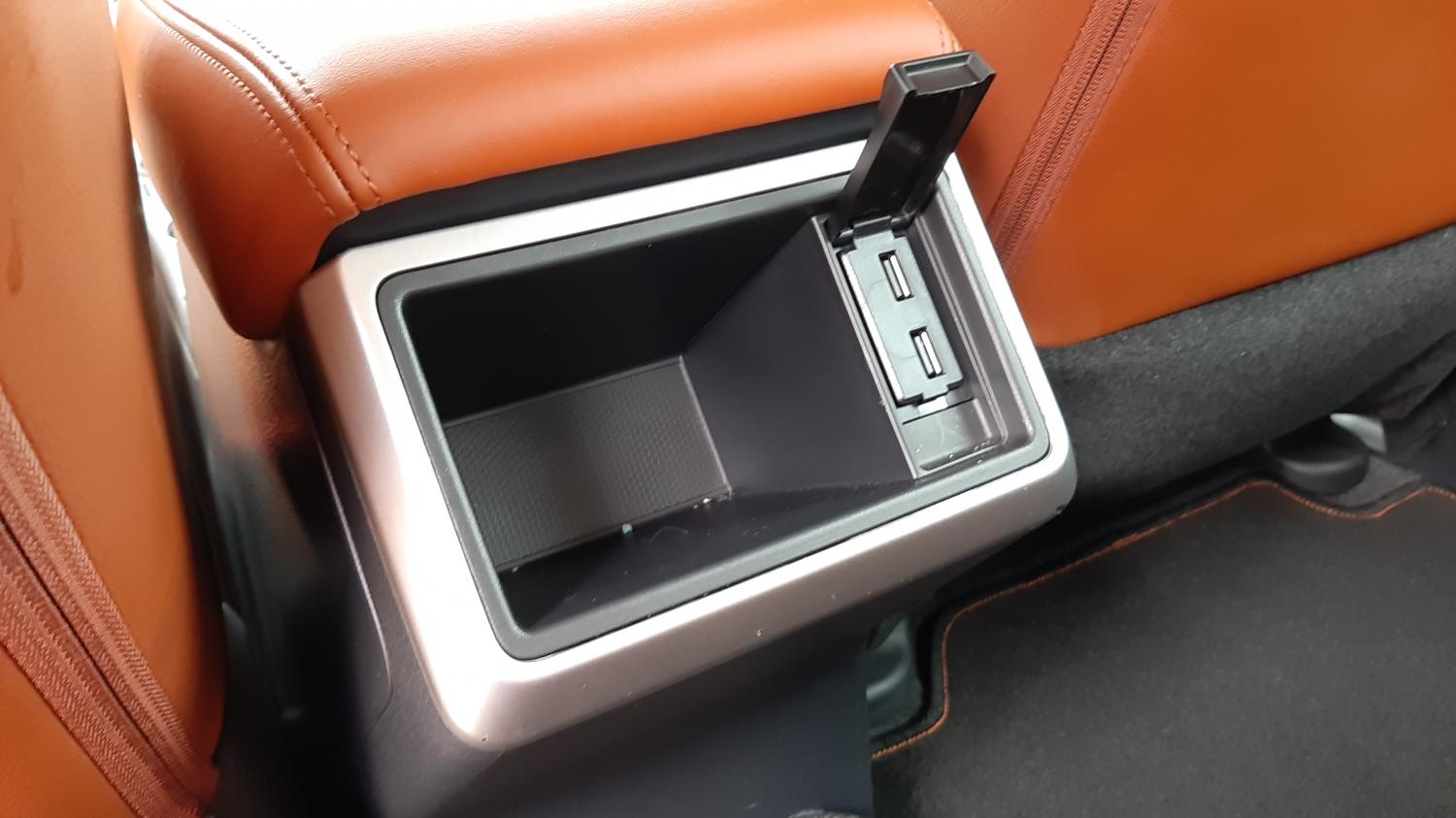 Judging from past models, the Triton has always been one of the most futuristic-looking pickups in the market and the current model is no exception.

For the 2022 version, the front end is accentuated by a large radiator grille and Bi-LED headlights with auto high beam. The front grille gets a glossy black treatment, which is part of the Athlete package. There's also a black styling bar, 18in black alloy wheels, bedliner, special carpet mats and a "4x4 Diff Lock" sticker on the tailgate.

The glossy black treatment can be found around the truck on mirror caps, door openers, tailgate opener, side steps, rear bumper and roof, giving the Triton Athlete a serious appearance.

Large fenders give the Triton Athlete a muscular look as well, while the large stickers on both sides of the rear end help spice things up further.

The interior gets two-tone upholstery that's a mix of real and synthetic leather and helps brighten up the cabin dramatically. The seats are perforated and although only the driver's seat is powered, the comfort level is pretty good both front and rear.

There are not many soft-touch areas in the Triton though, with just small padding on the door panels and centre console, plus some piano black garnish.

The multi-function four-spoke steering wheel (with four-way adjustment) gets real leather and futuristic silver garnish, which is nice, but the quality of combination stalks should be improved. 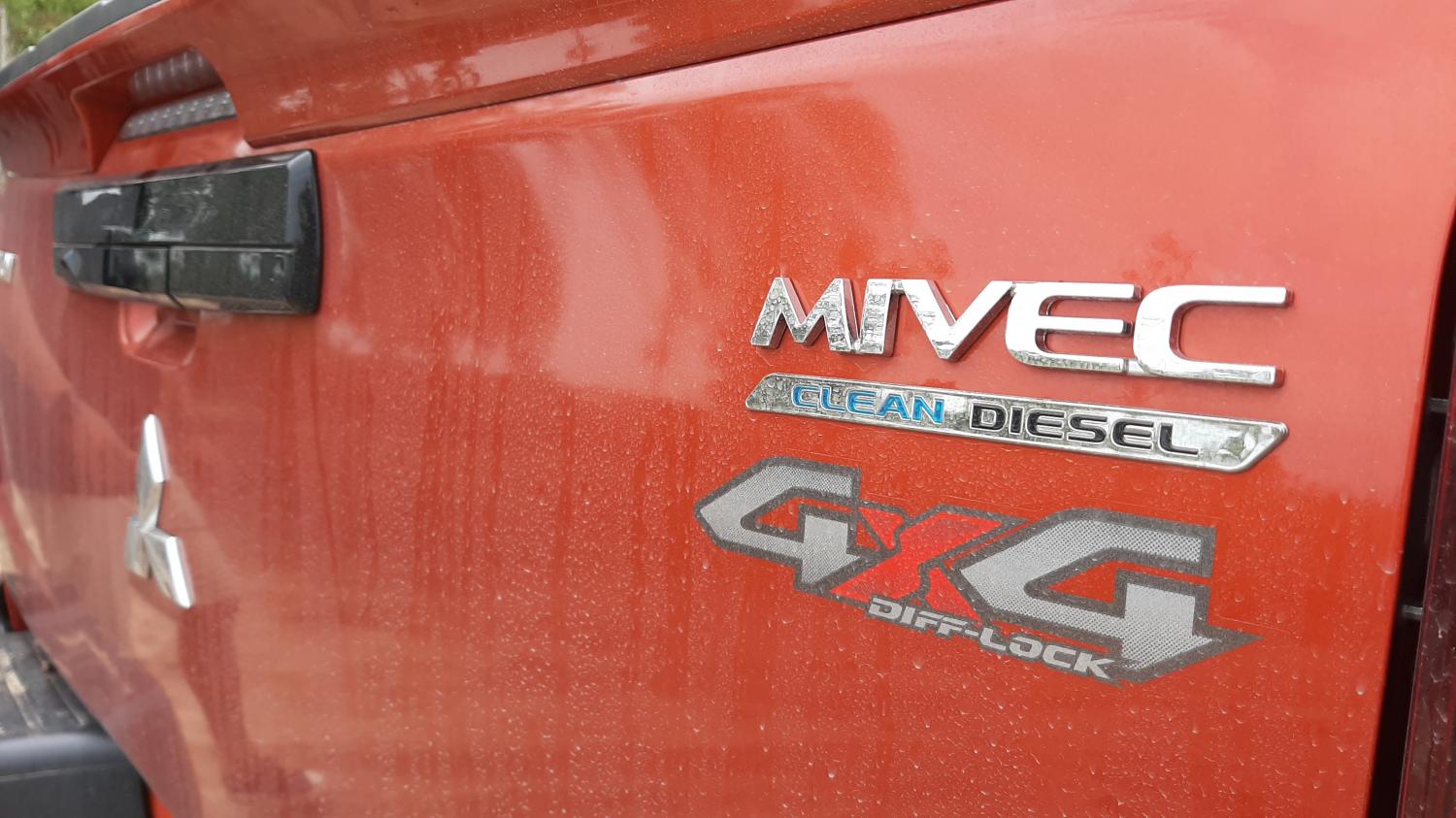 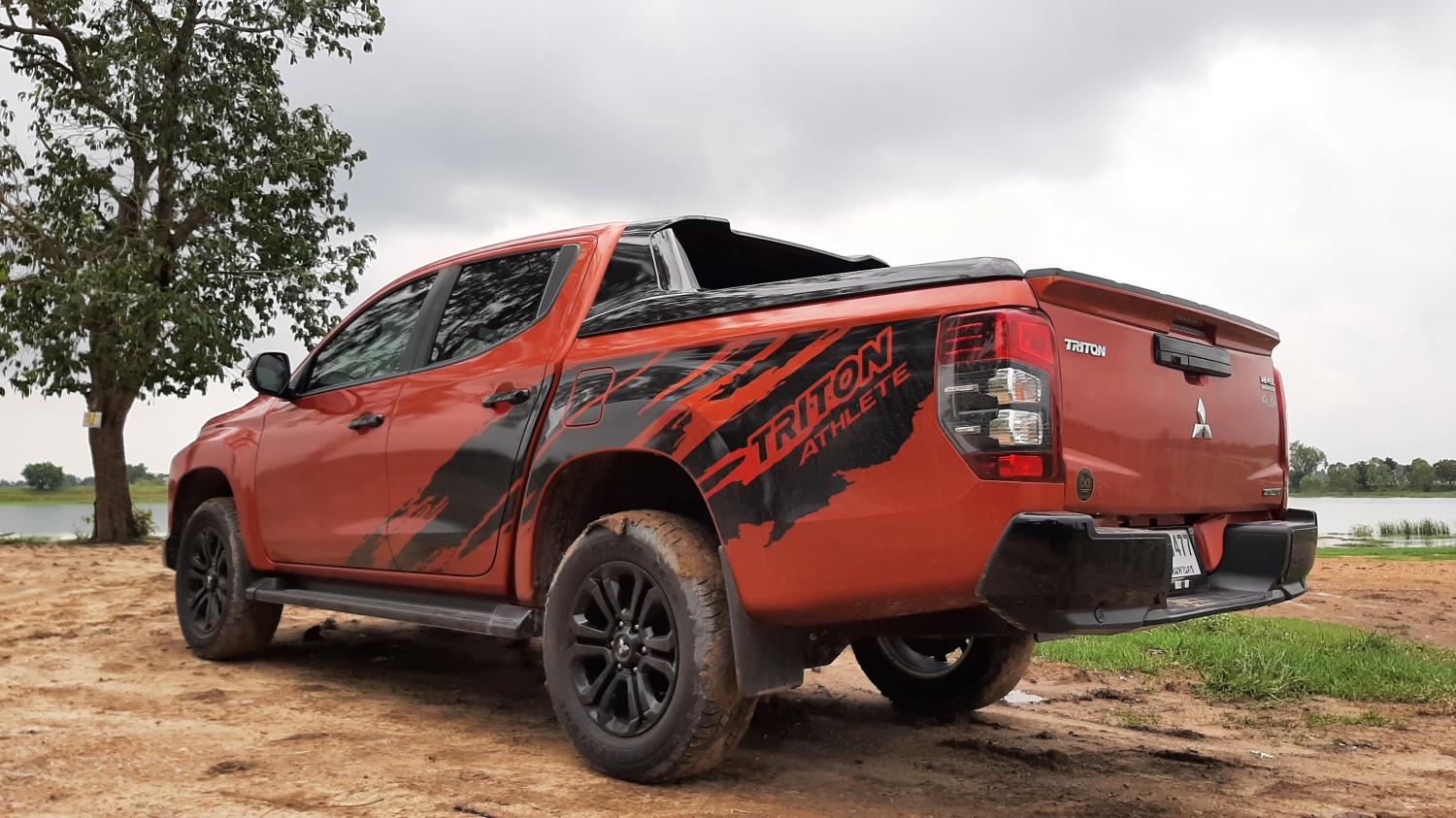 The dashboard is analogue, with a small colour screen sitting between the rev counter and speedometer, while the 7-inch centre touchscreen is considered small by today's standards. There's Bluetooth, Apple CarPlay and Android Auto compatibility, but that's about it. Mitsubishi offers an M-Drive application but doesn't seem to have any special remote functions like those offered in other brands.

The lower console houses a 12V outlet, USB and HDMI ports, as well as a wireless phone charger. The aluminium trim around the ladder-type shift gate looks and feels premium, and the centre storage bin/armrest has good storage capacity (and a second 12V outlet).

There are four grips that contribute to an easier entry and exit. There's not much legroom for the rear passengers but there's enough headroom for a six-footer. Rear passengers get two USB ports, centre armrest with cupholders, as well as ceiling air vents with fancy flaps for adjusting the wind direction.

For passive safety, there are dual front airbags and side airbags, driver knee airbag and side curtain airbags. 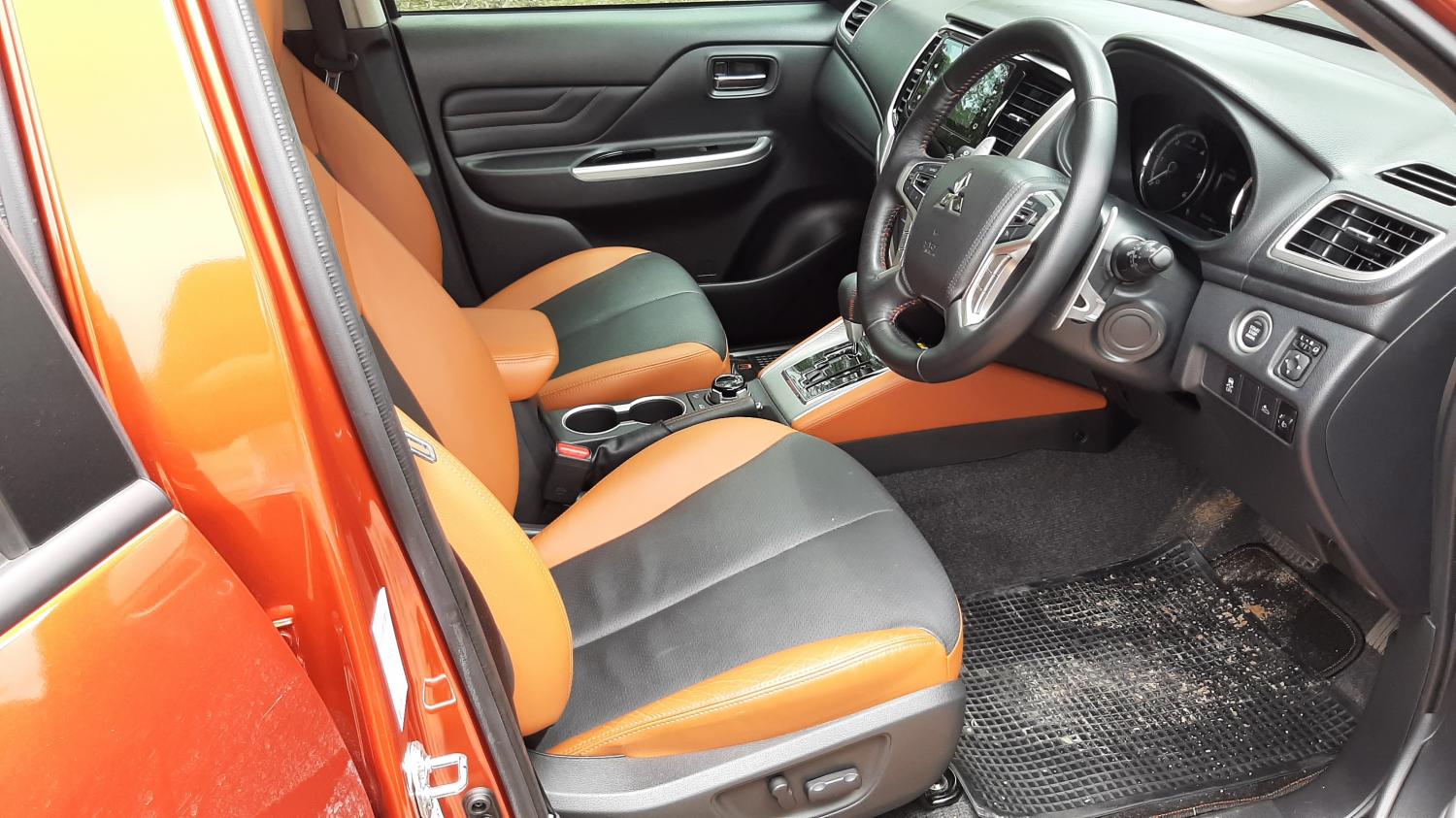 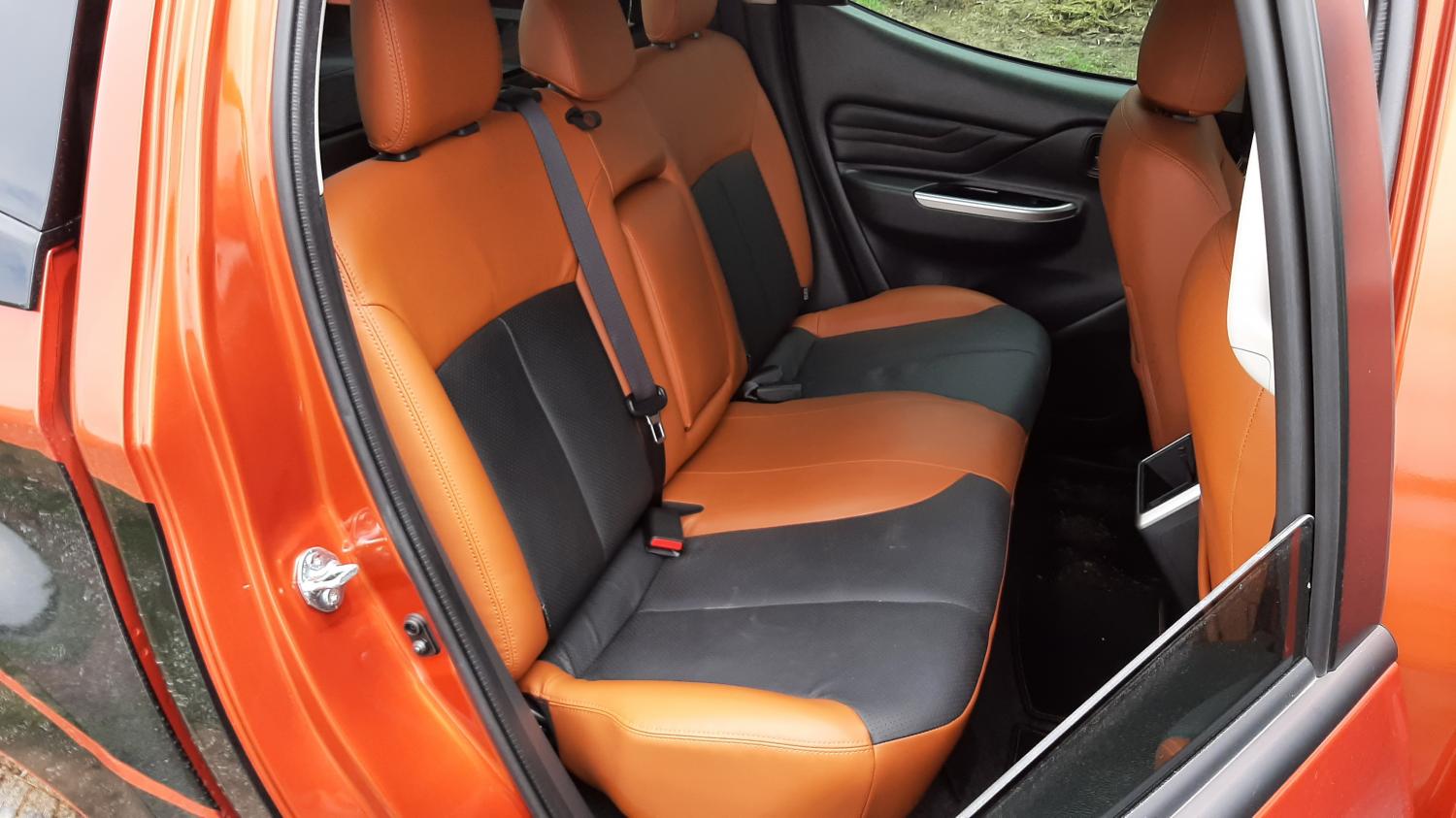 Power comes from a 2.4-litre MIVEC diesel engine with variable geometry turbocharger and intercooler, capable of producing 181hp at 3,500rpm and 430Nm of torque at 2,500rpm. The average fuel economy is claimed at 13.2kpl while average CO2 is rated at 202g/km.

The output might be lower compared to rivals in the market and is mated to just a six-speed transmission, but the Triton does come with a decent 4WD system as well as three off-road modes.

Selecting the driving wheels and the gear ratio is done via a dial with 2H, 4H, 4HLc and 4LLc (Lc is short for Locked Transfer). There's also a rear diff lock button on the console for use when the going gets tough.

While 2H is for regular driving with 100% of power sent to the rear wheels, the 4H position in the Triton Athlete is full-time and good for both dry and wet roads. On the dry, the front/rear power distribution is 40/60 but it switches to 50/50 on wet roads.

In 4HLc the centre diff lock divides power by 50/50 and this mode is tailored specially for gravel roads, while 4LLc utilises both the centre and rear diff locks to help maintain 50/50 distribution in low ratio. 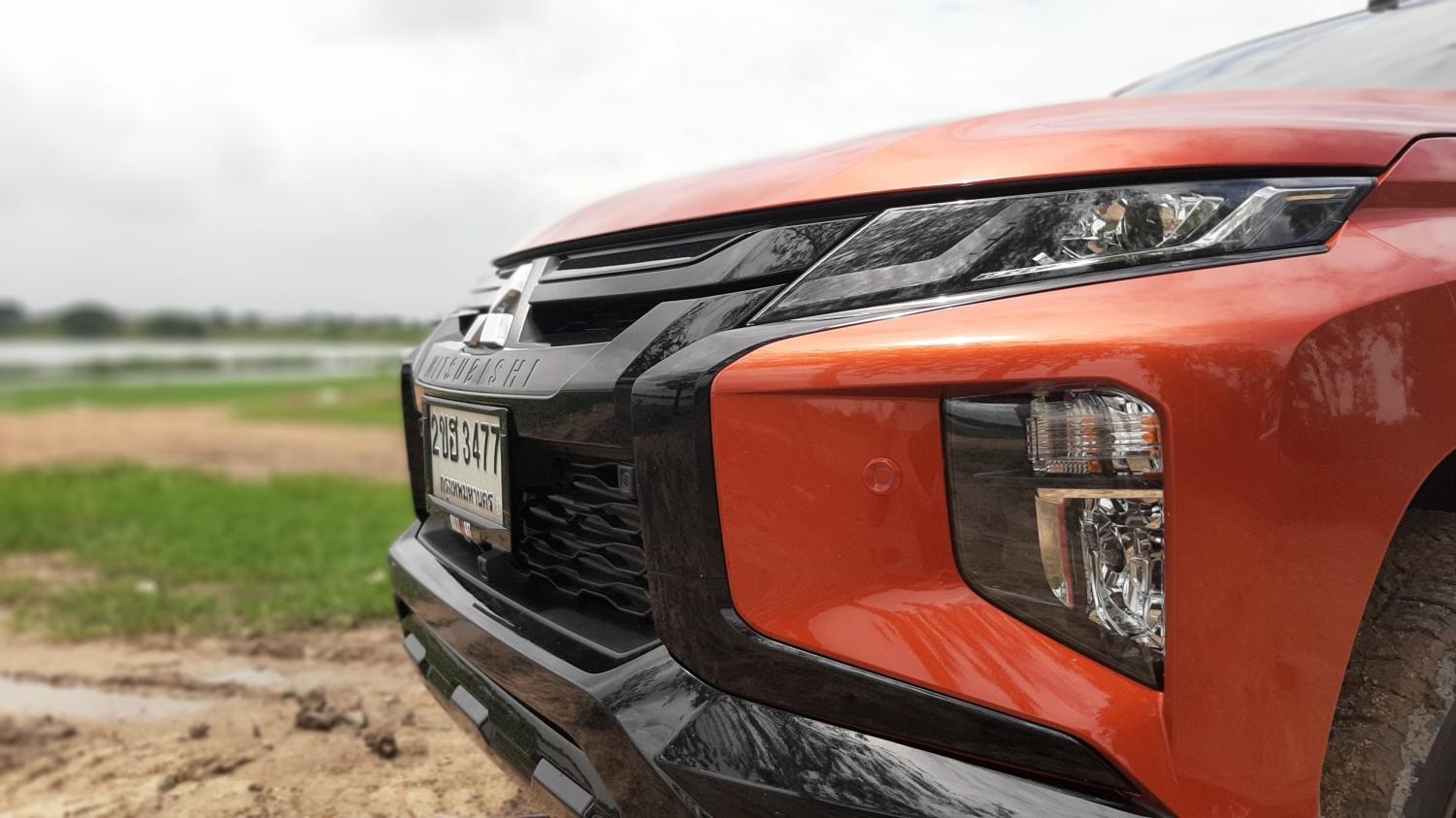 The Triton runs on a 3,000mm wheelbase with 1,515/1,520mm front/rear track width. The 220mm ground clearance is pretty average for a 4WD pickup, and is helpful even when not going off-road since Thailand is prone to flooding every year.

The front double wishbone suspension also comes with stabiliser while the rear suspension consists of leaf springs. While the damping has been tuned to offer some degree of comfort, particularly at low speeds, it's hard to beat the true nature of the leaf spring suspension. The Triton Athlete can get pretty bouncy when crossing bridges or driving on poor road conditions.

Mtisubishi fans would be delighted with the Athlete packaging offered in the Triton, although there's a price to pay for the range-topping Double Cab 4WD variant. And while the 2WD version is much cheaper and would seem like the more sensible buy, lots of equipment will be missing. 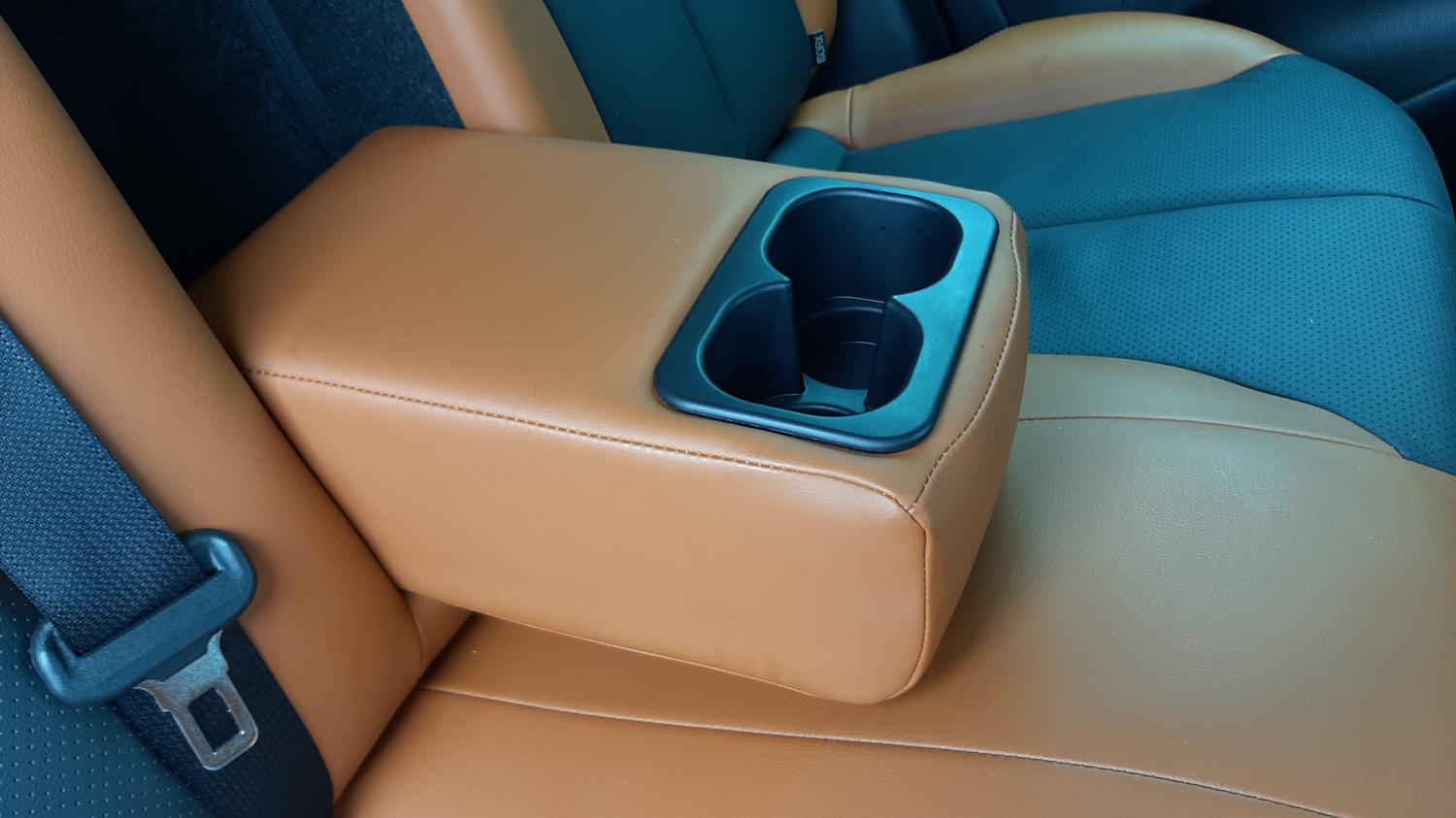 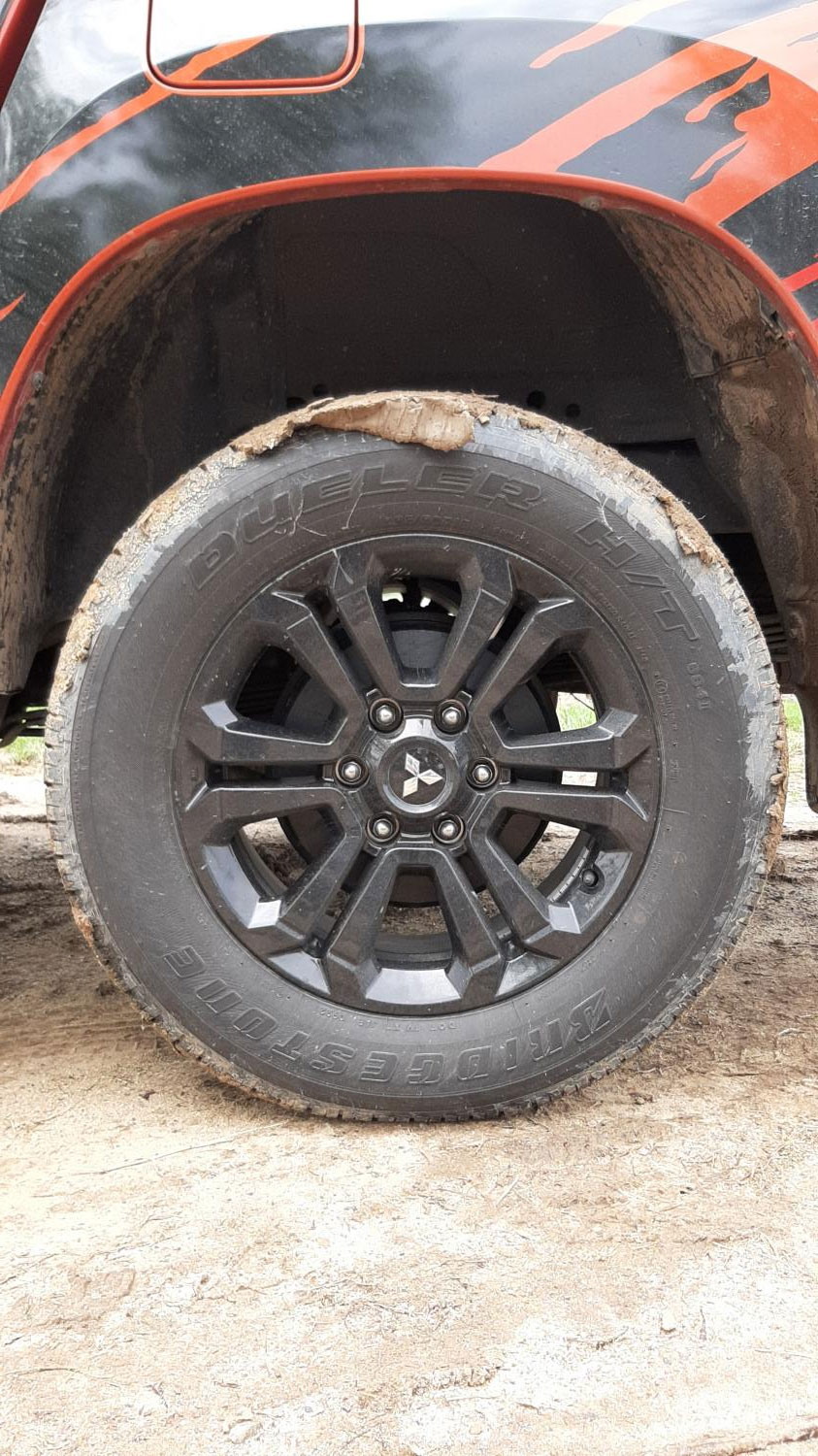 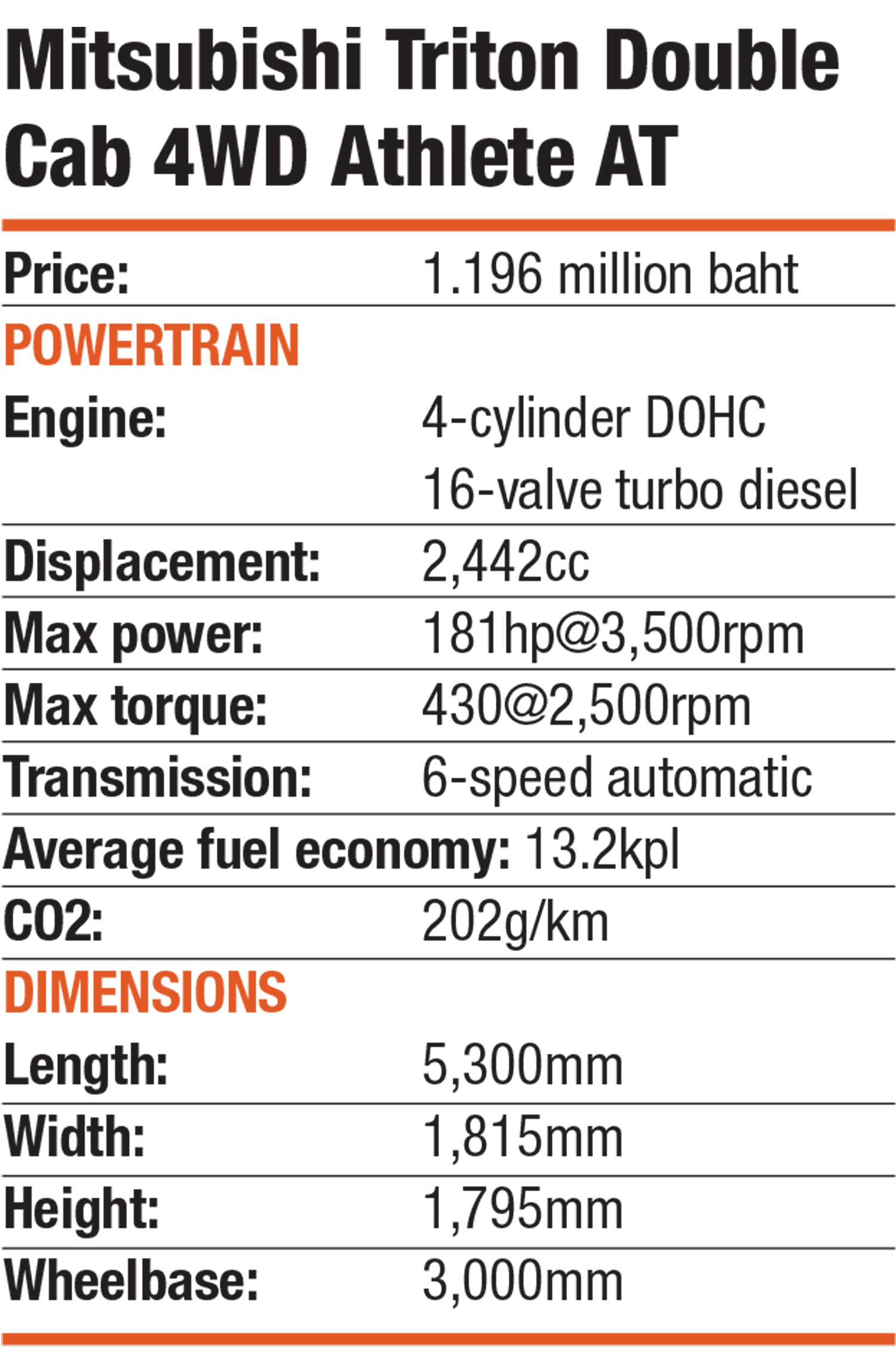