Triumph's new touring adventure model comes with a full LED headlight plus a distinctive new signature daytime running light. Additional visibility and illumination while cornering are provided by lean-sensitive adaptive cornering lights, which come as standard on both models.

There is a redesigned aluminium fuel tank and the all-new tri-link swingarm is 1.5kg lighter and stronger than the previous single-sided design and contains a smaller and lighter shaft drive and bevel box.

All of the new 1200s feature updated seat and tank ergonomics that provide the rider with increased confidence at low speeds and non-riding manoeuvres, as well as enhanced comfort and control. The seat has been slimmed down at the front, where it meets the tank, in order to achieve this. 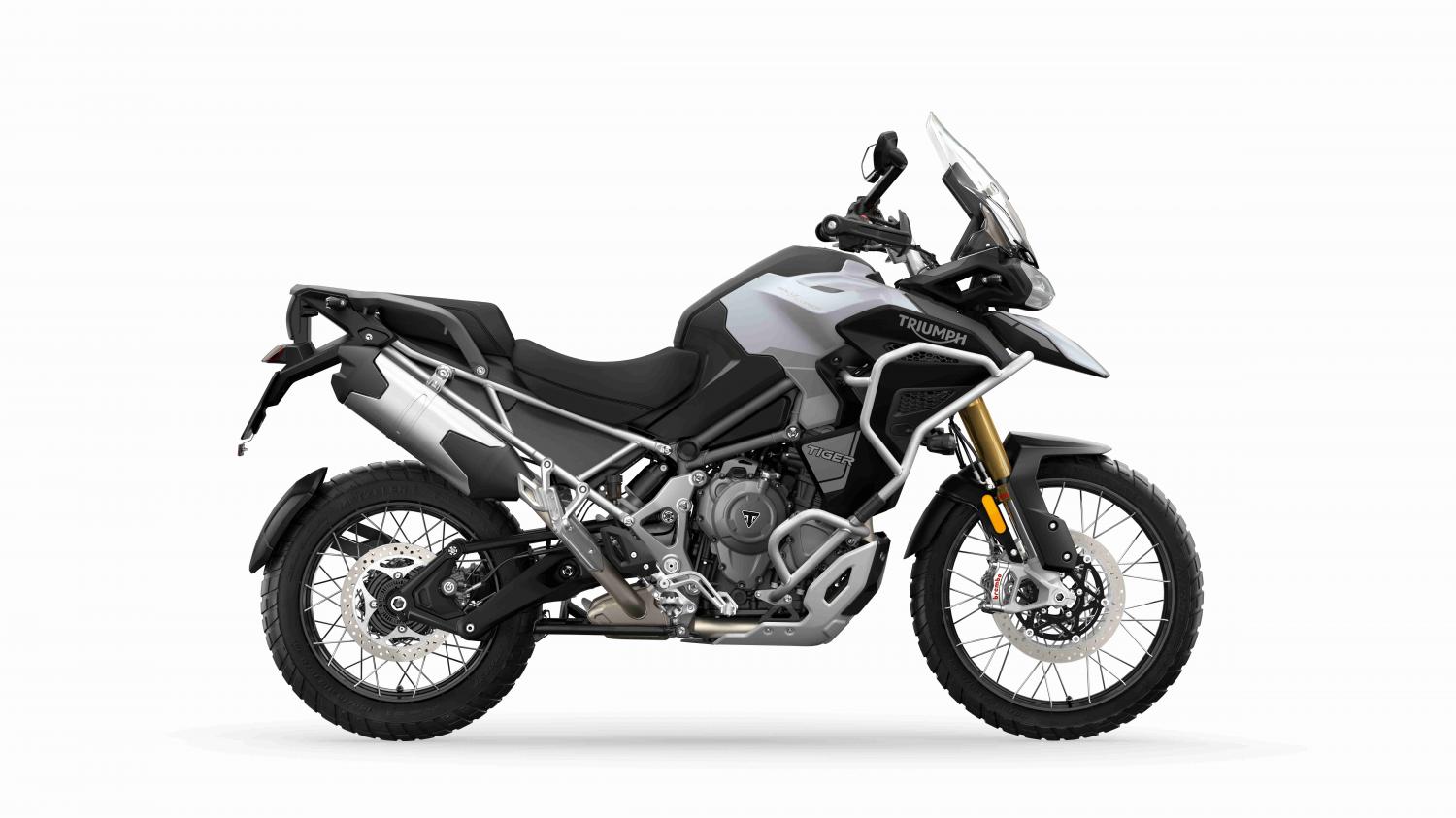 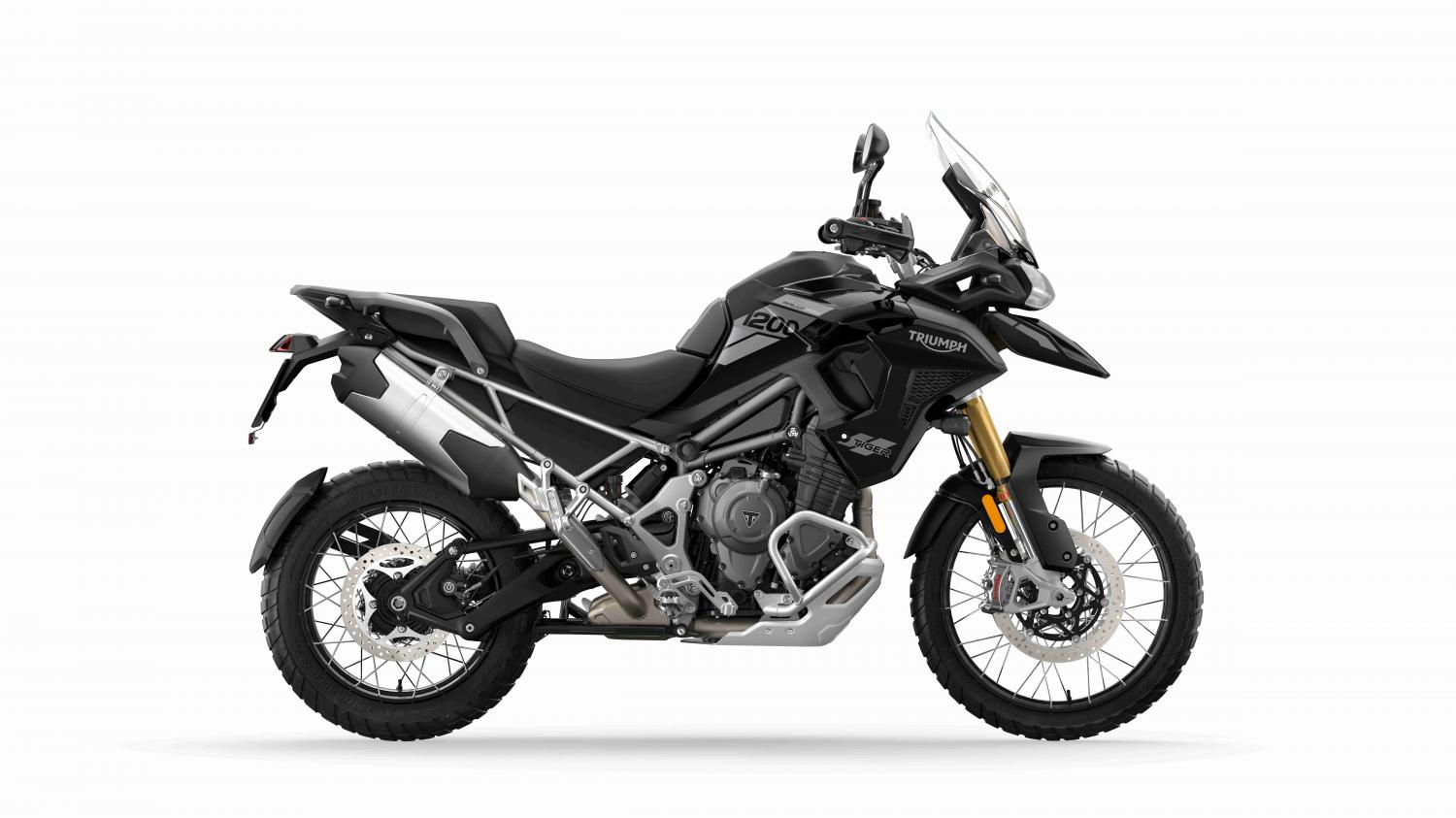 Power comes from a three-cylinder engine that is all-new, including the bore and stroke, crank, cylinder head, gearbox and clutch, shaft drive and bevel box.

For this new generation, each Tiger 1200 is now equipped with specific wheel diameters that are adapted to the adventures desired by various riders. On the Rally Pro and Rally Explorer, a 21in/18in front/rear tubeless spoked setup provides exceptional off-road performance. Rally variants are equipped with Metzeler Karoo Street tyres for true all-terrain performance. Michelin Anakee Wild is the recommended tyre for advanced off-roading. 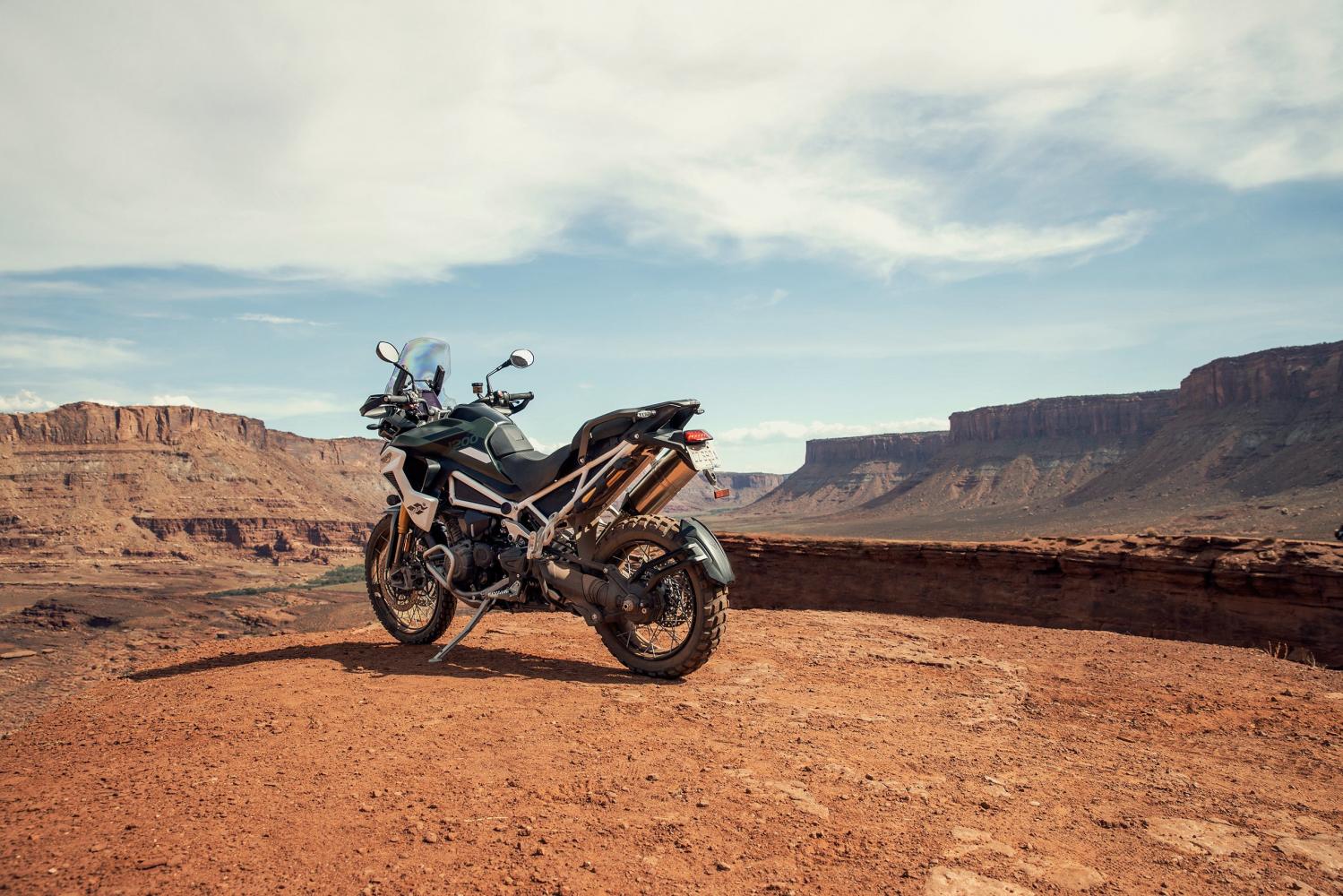 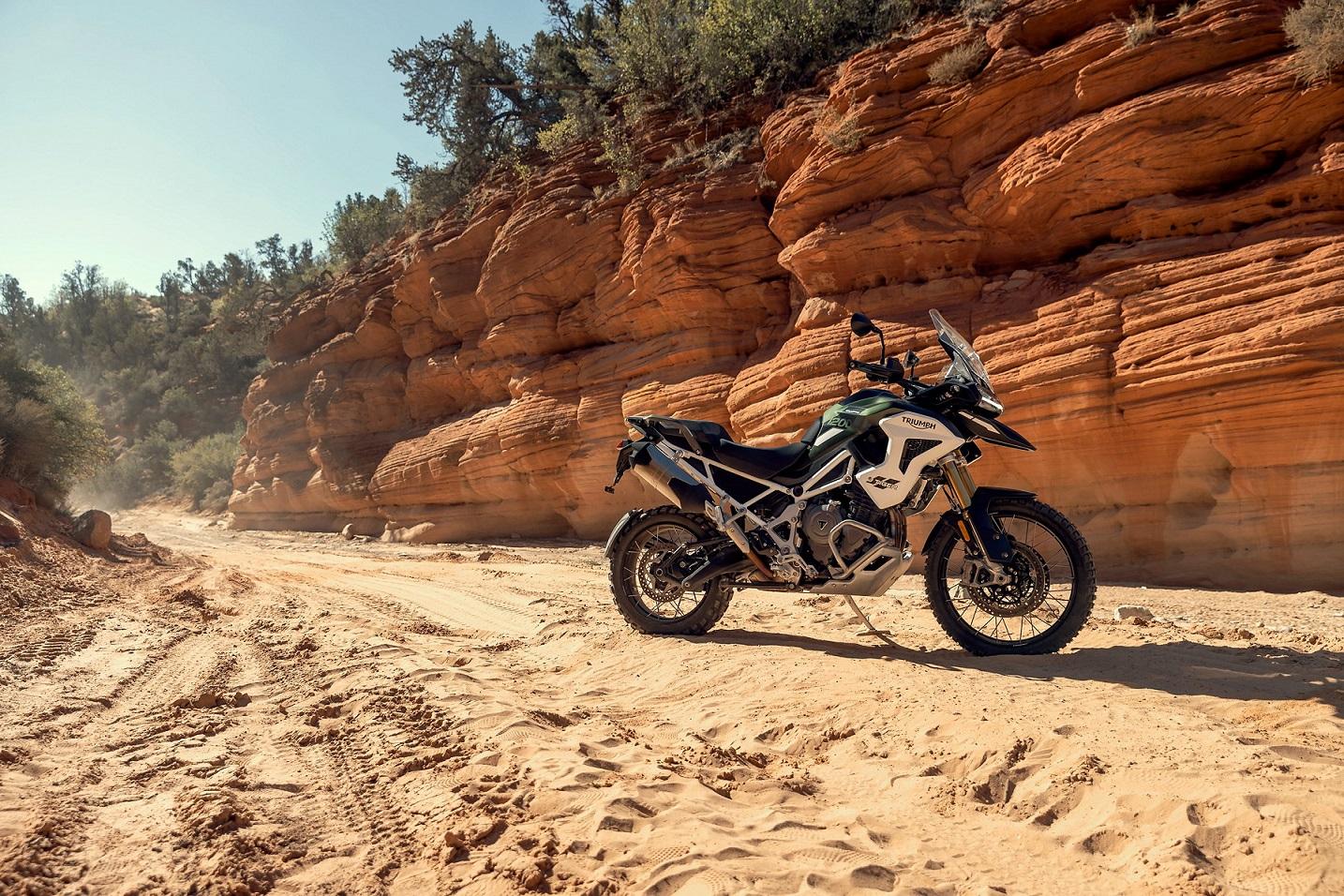 All Tiger 1200 models are equipped with Brembo Stylema brakes for strong and progressive performance. These have been chosen to fulfil the needs of long-distance road riding and the Rally models' advanced off-road adventure capability.

More than 25kg lighter than the previous generation

Up to 17kg lighter than the closest shaft drive competition 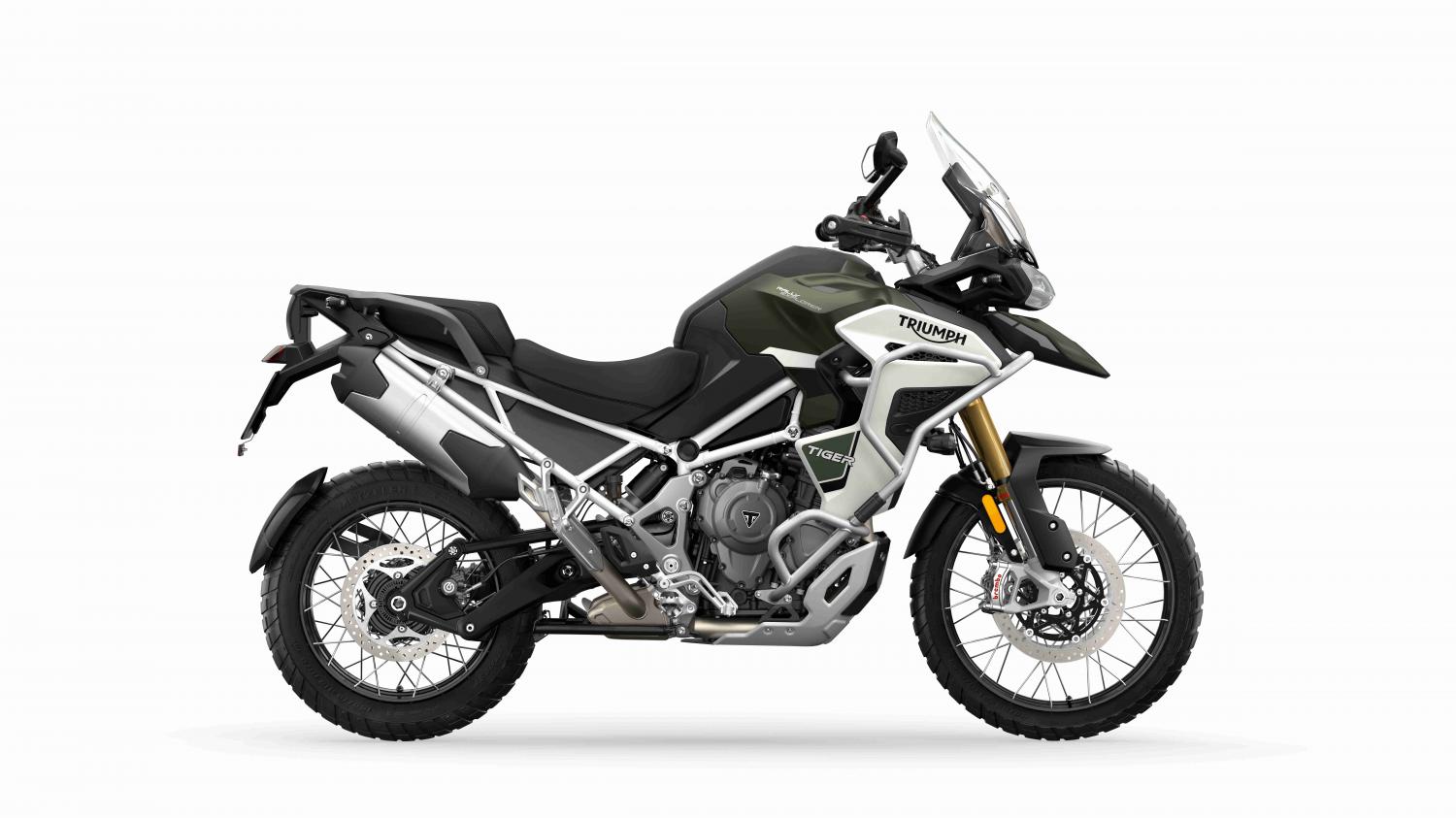