Great Wall Motors (GWM) has been quite successful in breaking into the Thai automobile market thanks to products with a large number of advanced features along with attractive pricing.

The Chinese automaker has been able to deliver more than 10,000 vehicles here, comprising the Haval H6 Hybrid and Jolion Hybrid crossovers, along with the ORA Good Cat electric car.

According to GWM, the carmaker has over 900,000 followers on social media with more than 100,000 users on its GWM app after two years in the Kingdom. GWM has been highly active with online-to-offline (O2O) network expansion, aiming to reach 80 stores nationwide by the end of 2022 (up from the current 54).

Earlier this month GWM launched the H6 PHEV, the plug-in hybrid version of the H6, which allows users to drive in pure electric mode for 201km in NEDC cycle (approximately 140-150km in WLTP cycle), thanks to its 34kWh lithium battery. 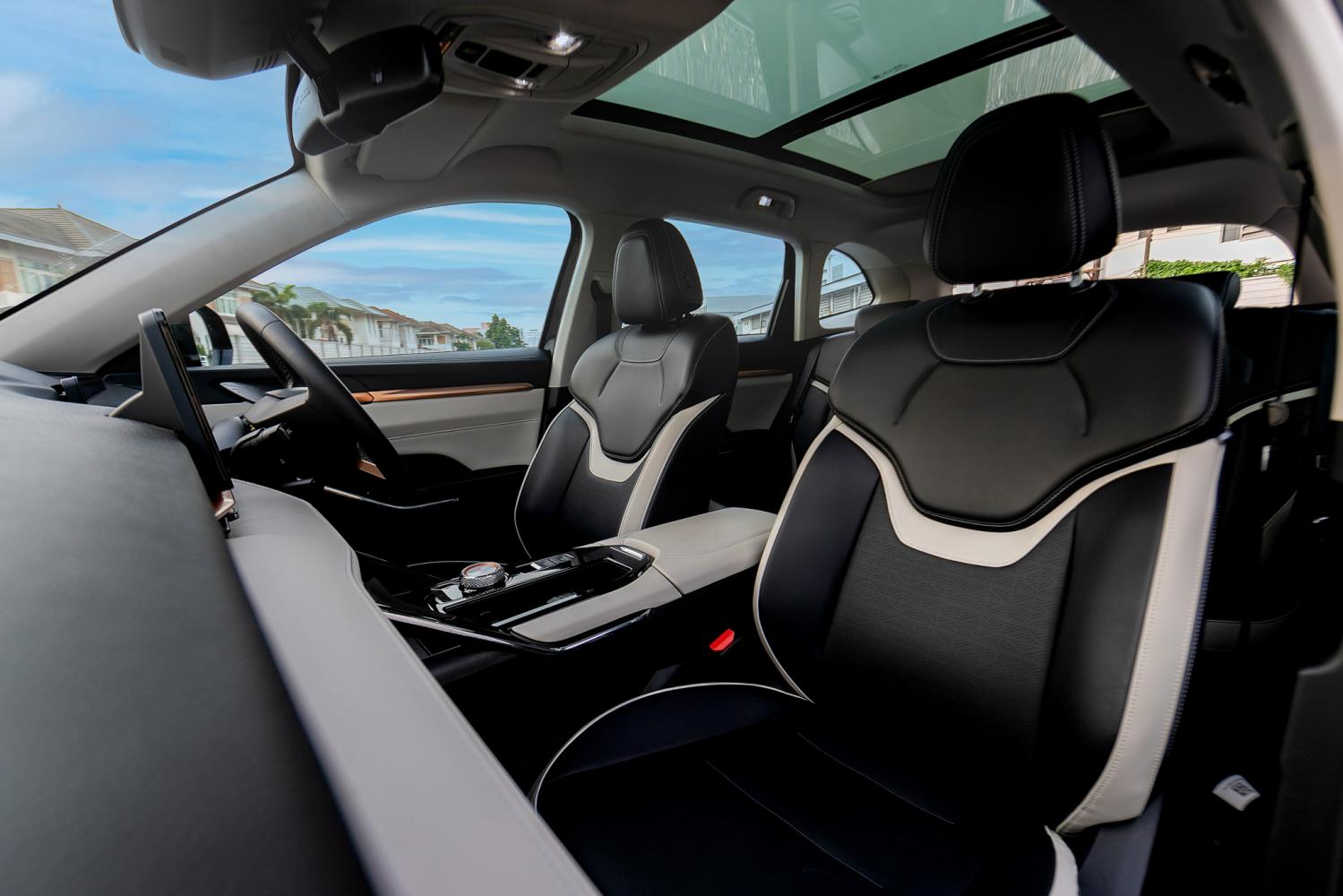 GWM held the world premiere of the vehicle at the Thailand International Motor Expo in Thailand late last year, but the official launch and pricing announcement took part earlier this month. According to GWM, more than 7,000 people signed up during the pre-order period, with 1,241 orders finally placed within the first 24 hours of the official launch.

But there's a kick. Apart from the first 300 customers enjoying a 50,000 baht discount, those who place orders from Oct 7-31 are also entitled to a 167,000 baht special package that includes low-interest financing, insurance, home charger and installation, free labour and parts for 5 years/100,000km and free 24-hour roadside assistance for five years.

For the front-end design, the H6 PHEV gets a special "Star Matrix" treatment that looks like a combination of the regular H6 Hybrid and Jolion (which takes a lot from the Peugeot design). While the huge chrome radiator grille in the H6 Hybrid offers an elegant appearance, the 3D grille in the H6 PHEV appears modern and more stylish, flanked by intelligent LED headlights.

There's not much difference with the rest of the exterior design, with highlights being the large 1.2m² panoramic glass sunroof, 19in alloy wheels and LED rear light strip. Nevertheless, a nice upgrade in the H6 PHEV is the powered tailgate with kick gesture. 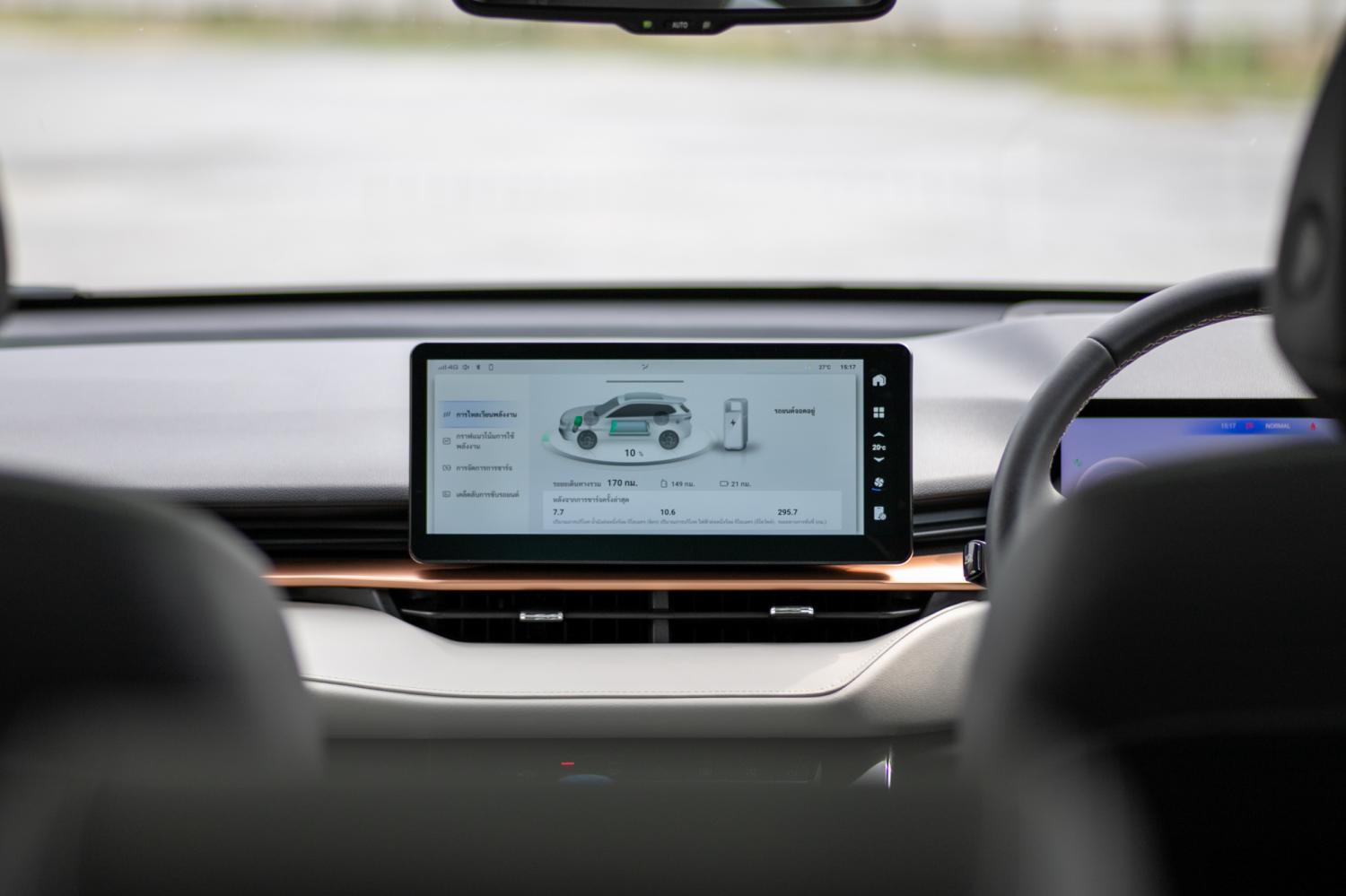 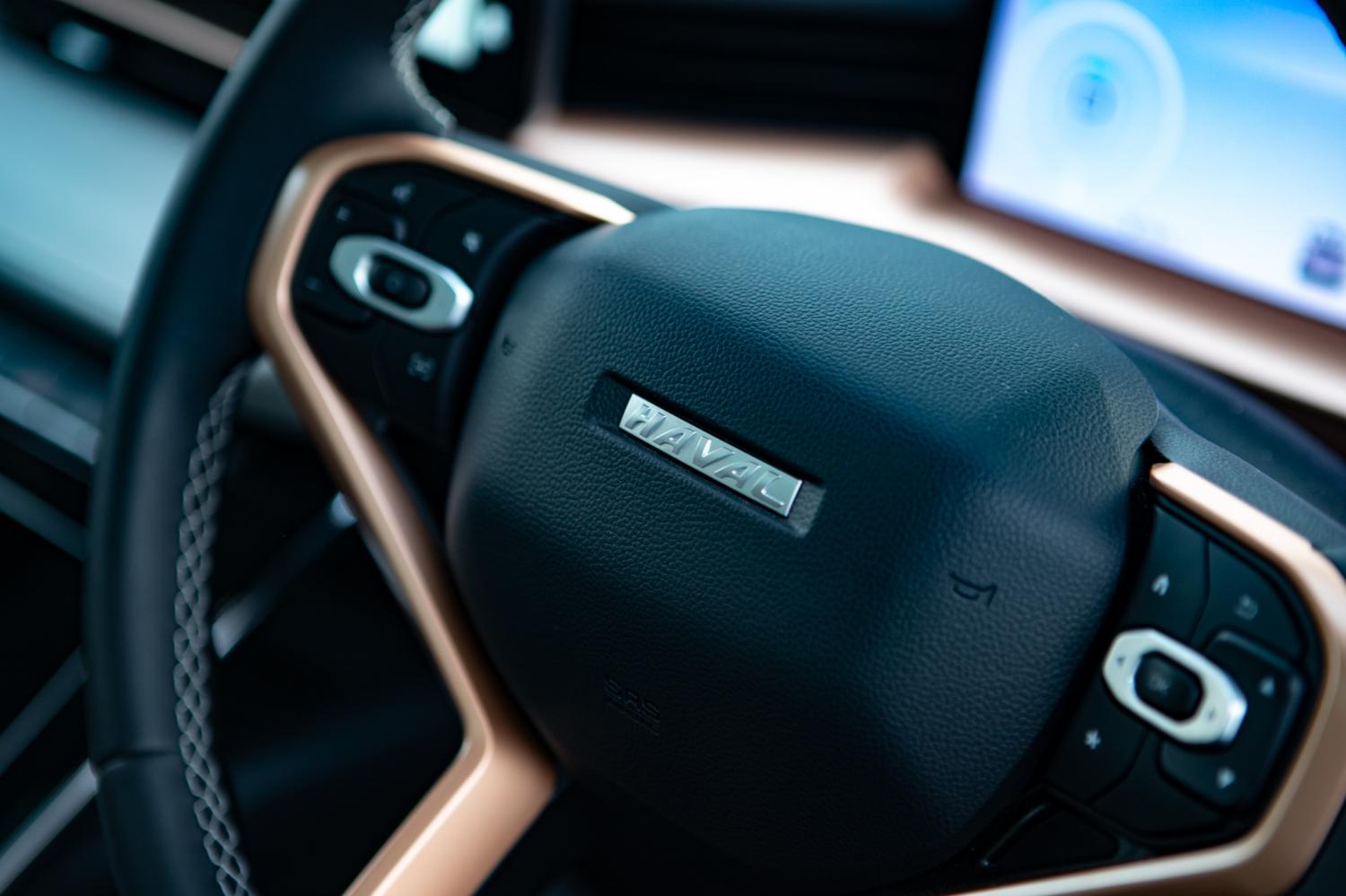 The fuel flap for the H6 Hybrid is located above the rear left wheel arch while the H6 PHEV gets an additional flap on the right side for charging the battery.

As expected, the interior gets gold trim on several components, such as the steering wheel and upper console/door panel, with several upgrades inside as well including the 10.25-inch digital instrument panel display and a 12.3-inch centre touchscreen, head-up display, wireless charger and front passenger seat adjustment buttons for the driver.

The multi-function steering wheel is wrapped in leather but the rest of the cabin gets synthetic leather upholstery. The two-tone colour theme looks well and there's a good amount of soft touch areas. Both front seats are powered and ventilated, offering extra comfort.

Technophiles will appreciate the H6 PHEV's many features that can be operated via smartphone. There also is a comprehensive intelligent safety package, which alerts drivers to potential dangers with a large number of audible warnings.

While Japanese brands are reluctant to automate parking, GWM does offer this function, which comes in handy when having to park in tight spaces.

There's also intelligent cruise control as well as automatic reverse assistant that memorises the last 50m driven and helps you reverse steer out of a narrow passage. 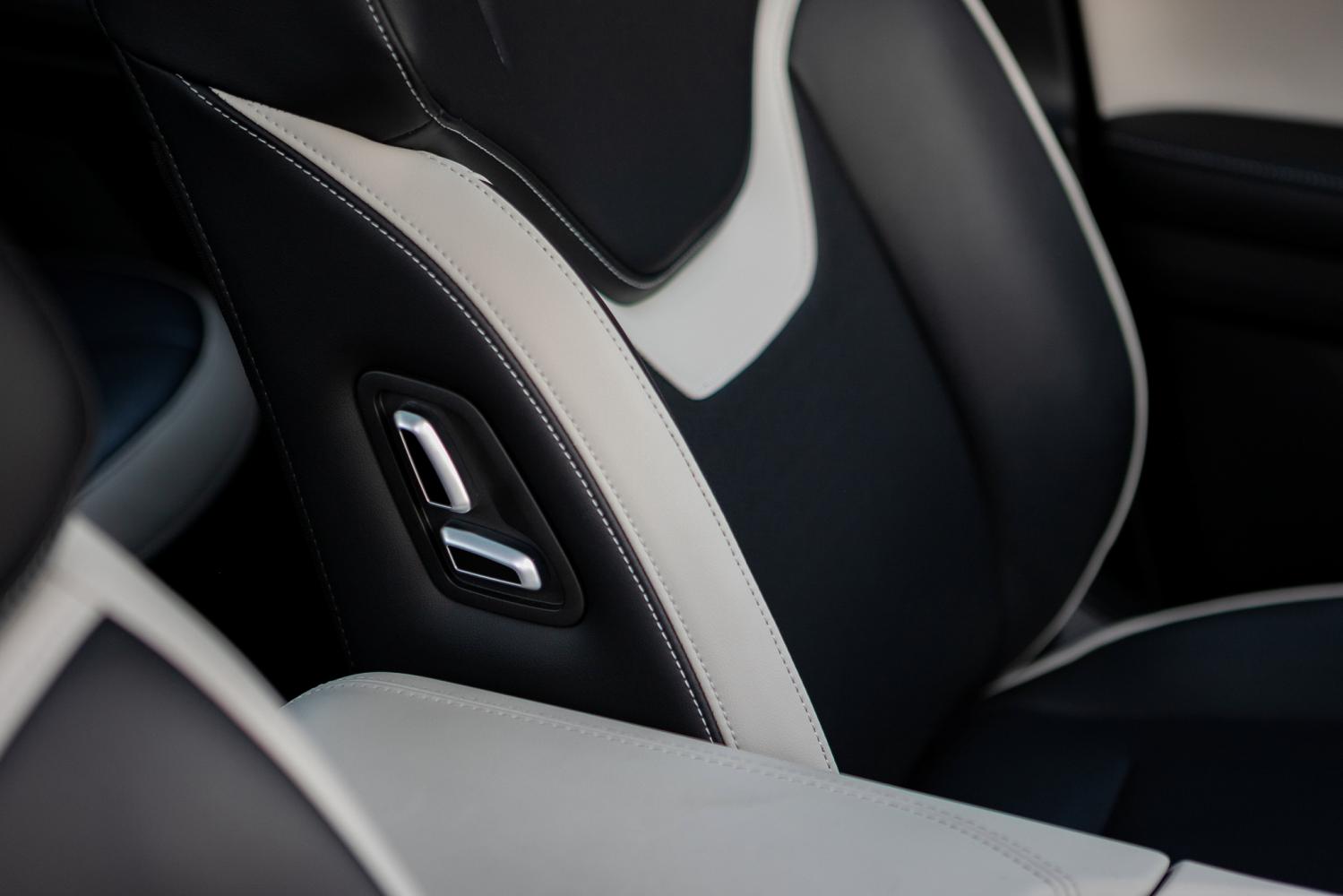 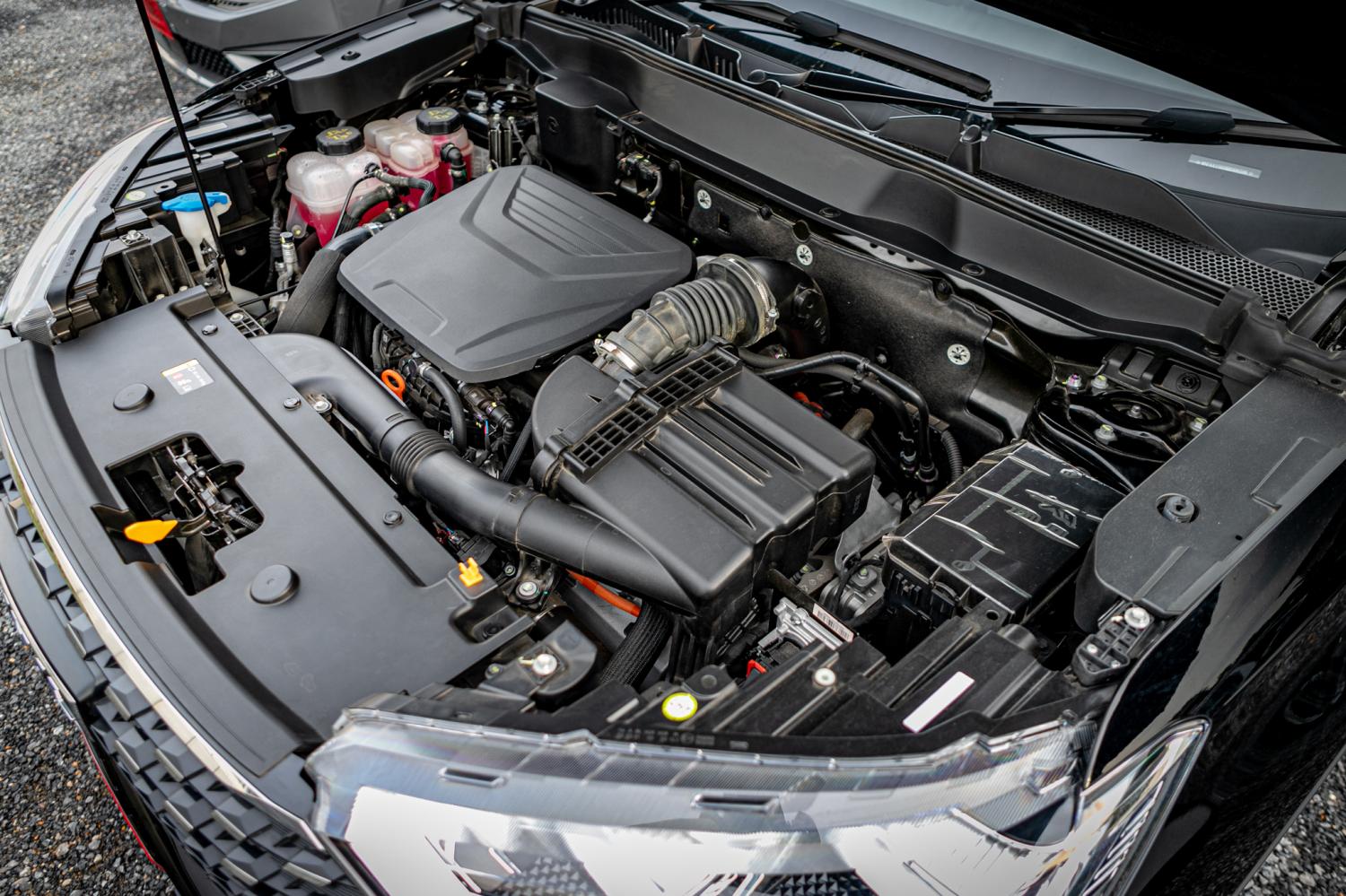 The H6 PHEV gets a 1.5-litre turbocharged gas engine and electric motor that GWM claims to produce as much as 326hp and 530Nm, which seems questionably high.

It comes with a 34kWh battery (up from 1.69kWh in the H6 Hybrid with 243hp and 530Nm) and has eight driving modes (four in EV and four in hybrid) courtesy of the dedicated hybrid transmission that delivers power to the front wheels (there's no all-wheel-drive option). The gear selector is a dial that looks and feels luxurious.

Floor the throttle and you get decent acceleration for a vehicle weighing 1,881kg (compared to 1,690kg for the H6 Hybrid).

The most common question for the vehicle is how far can it run in EV mode. The claimed figure of 201km (NEDC), is significantly lower in real-world driving. During the test drive event held by GWM recently, I managed roughly 160km in pure electric mode (mostly highway cruising plus some high-speed acceleration) before the battery level dropped to 10% and the system went back to hybrid mode. 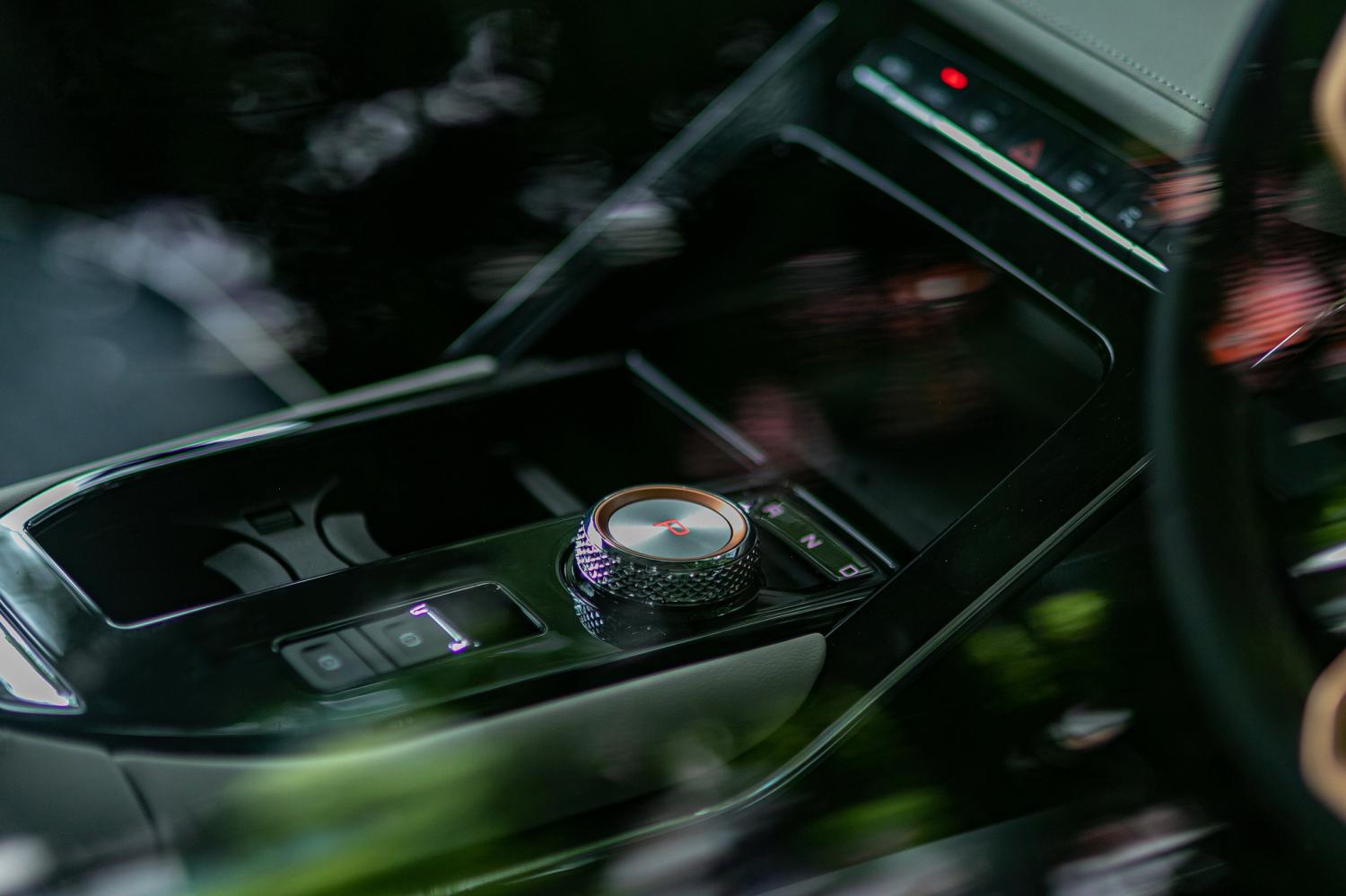 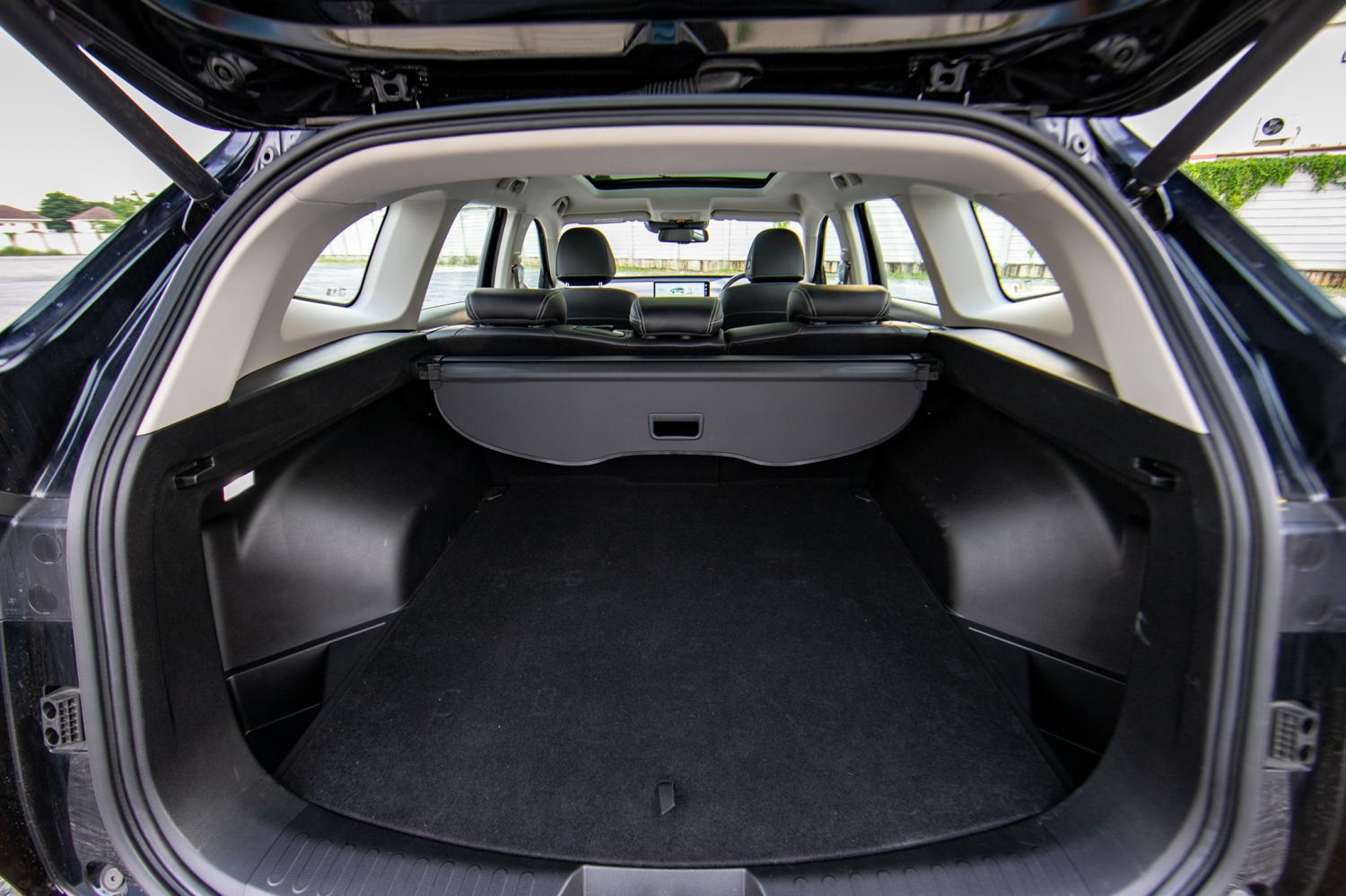 While 160km might not sound good for an EV, it is fine for a plug-in hybrid since the vehicle can run in hybrid mode thanks to the 55 litre fuel tank that can take you several hundred kilometres further. In fact if you commute 50km per day, you can drive it in EV mode for three days on a single charge.

Haval says that the front strut, rear multi-link suspension has been retuned to absorb the extra weight of the battery. There are stabilisers both front and rear, and the improved dampers do a better job in absorbing vibration and shock than those offered in the H6 Hybrid.

The Haval H6 PHEV is an attractive upgrade from the hybrid variant, offering buyers a decent electric range without having to purchase an EV, plus several small upgrades here and there. However, the pricing is also significantly higher than the Hybrid. 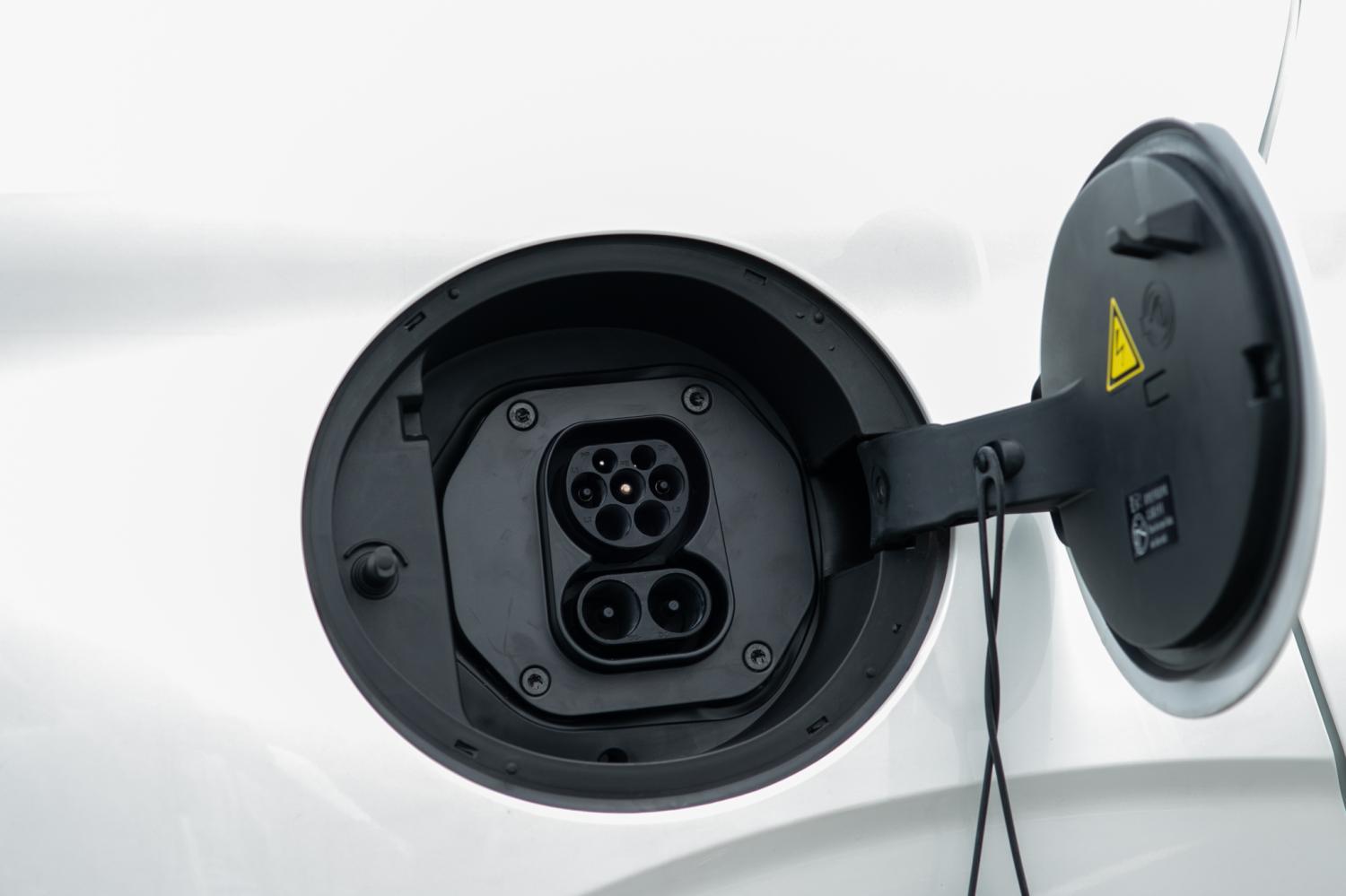 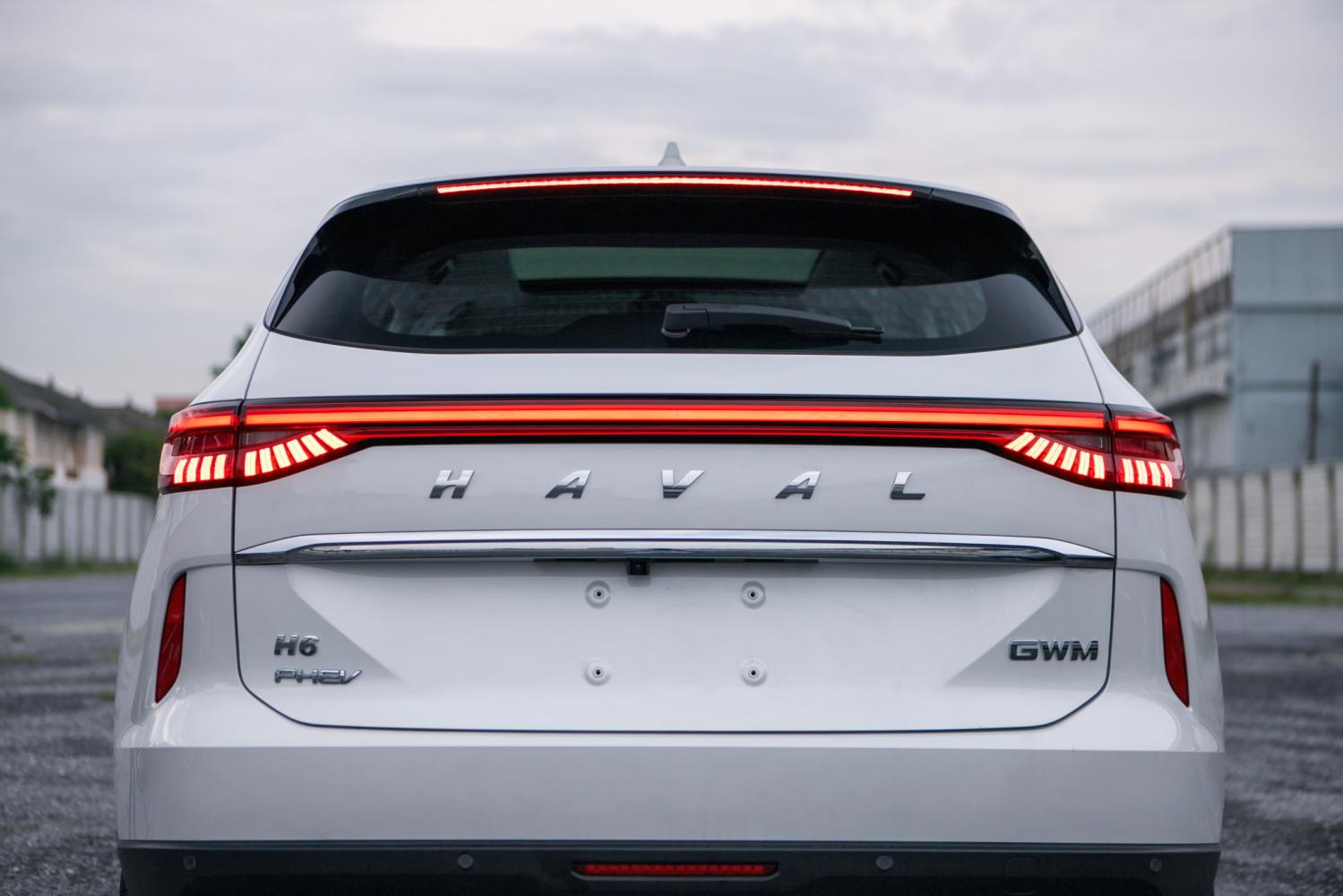 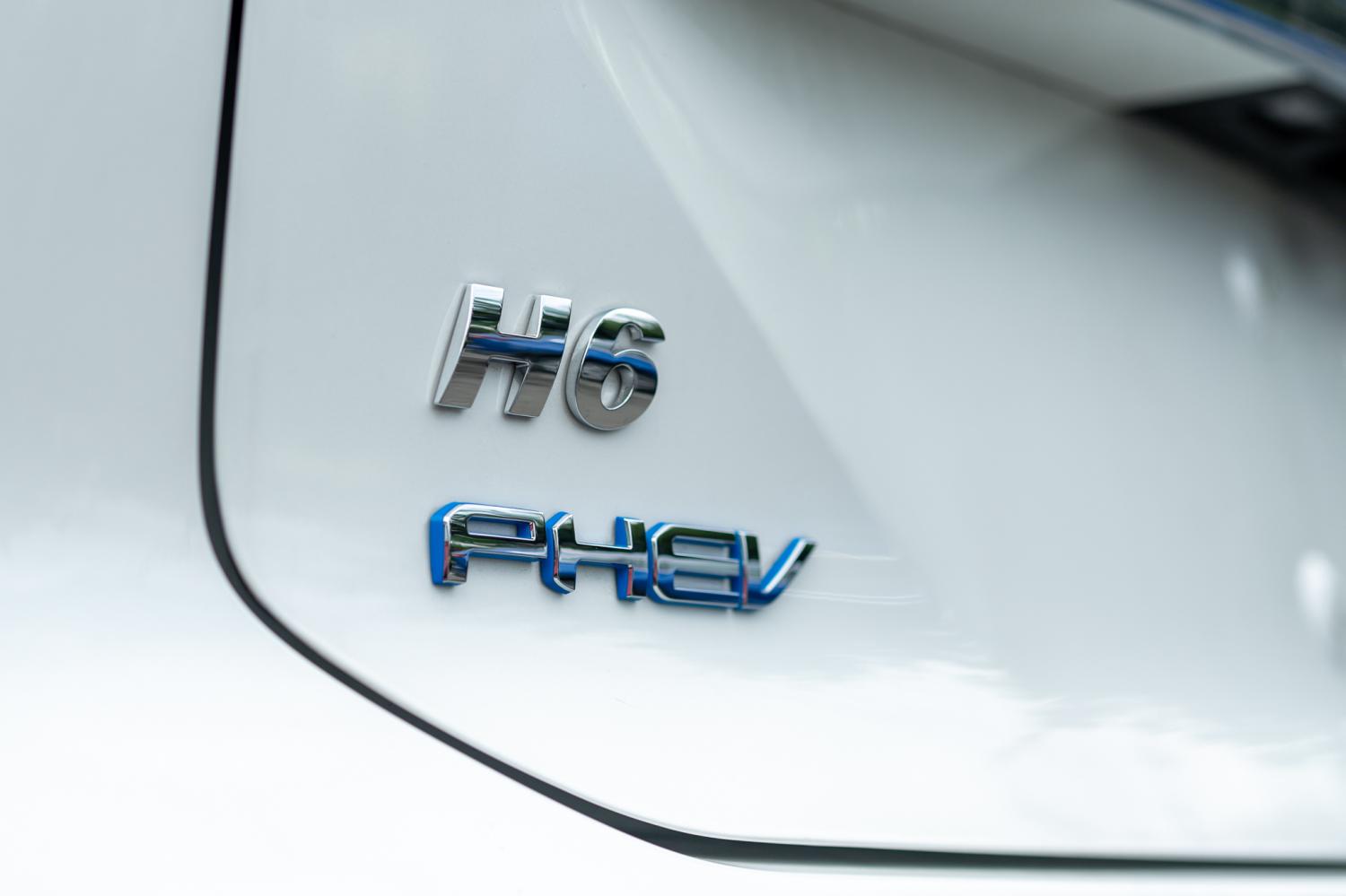