Study examines if EVs can power homes during emergencies

Nissan Motor Thailand and the Electricity Generating Authority of Thailand (Egat) have announced a study of energy conversion between electric vehicles and the country's electrical systems and power grid.

Nissan and the authority will conduct a field test of Vehicle-to-Grid (V2G) technology with Nissan Leaf owners using the authority's bi-directional charging system, the car company said at a recent press conference. Nissan said this marks the largest-scale testing of V2G technology with the Leaf's 40kWh capacity EV battery and the first test of the bi-directional charging system.

The partnership with the authority is part of Nissan's Blue Switch programme, aimed at reducing the car maker's carbon footprint and examining ways for EVs to assist local communities during emergencies by transferring unused energy back to the country's power grid.

Isao Sekiguchi, regional vice-president of Nissan Asean and president of Nissan Motor Thailand, said: "Nissan has been in the Thai market for 70 years and our commitment to the country, especially in support of creating a more sustainable society through electrification, continues strong." 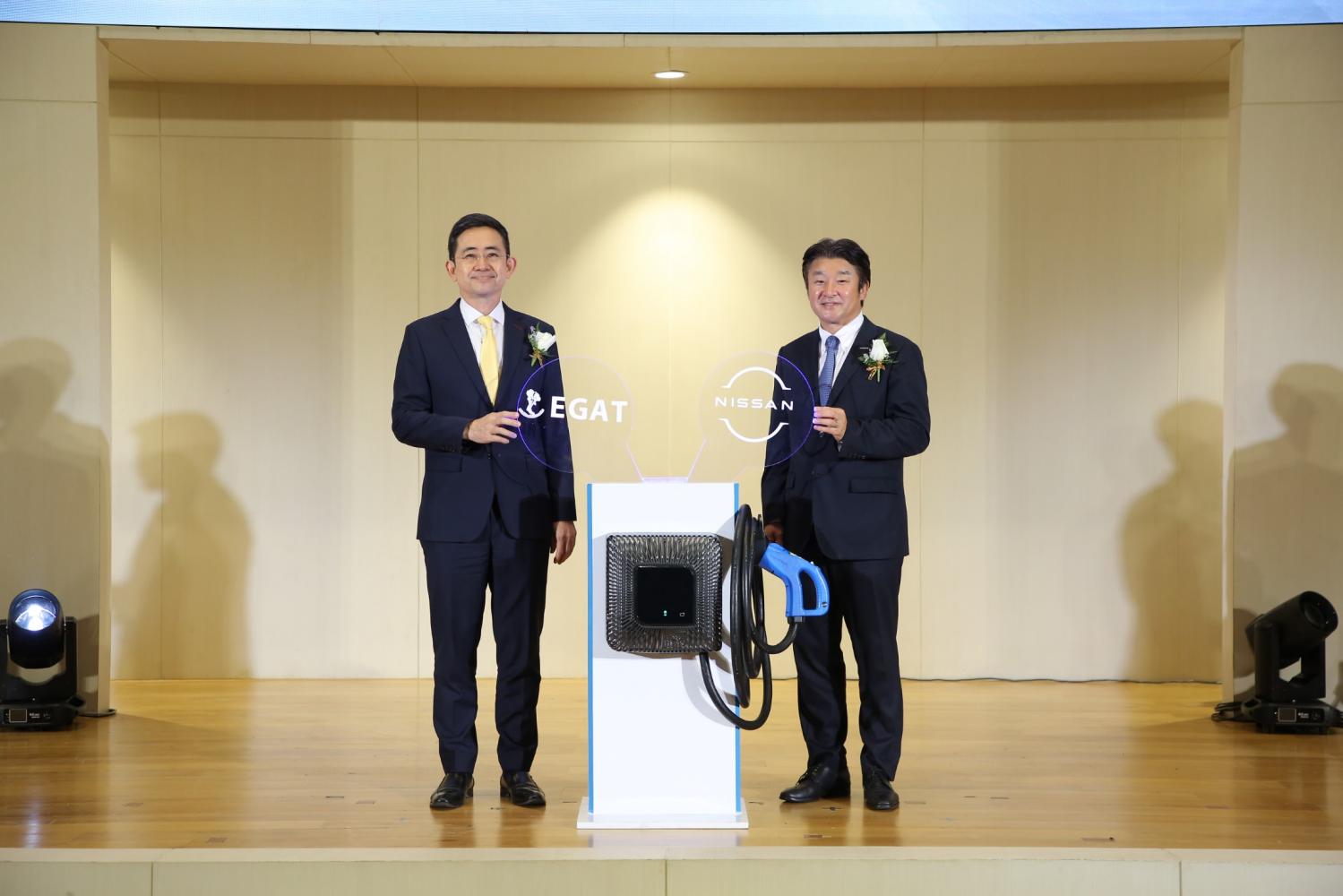 The Leaf is one of Thailand's few BEVs that utilises bi-directional charger technology, which is capable of sending energy stored in the vehicle's battery back to a building or grid, allowing Leaf owners to use the vehicle's battery capacity for many ways other than driving. According to Nissan, bi-directional vehicles can safely send energy stored in the battery to the grid during peak energy demand times.

The Leaf's stored power can be used for a variety of home and commercial applications, with the long-term vision of assisting communities during power outages. The Leaf, with its large-capacity battery, can provide electricity to general households/family homes for two-to-three days.

Authority head Boonyanit Wongrukmit said that promoting EVs in local markets is a significant step to moving Thailand towards achieving its carbon neutrality goals by 2050.

"The authority has developed a national grid that is capable of supporting the increasing number of EVs and V2G technology," he said. "The authority has designed and developed the Egat V2G and VPP system that controls power distribution from many EVs back to the grid. This virtual power will be distributed to the Demand Response Control Center under the authority's operations."

He added that the move supports the "virtual power plant" concept that allows for the purchase of excess power generated by EV batteries, which will act as an energy reserve system to be utilised during peak periods, according to the Energy Policy and Planning Office's Smart Grid development plan.

Boonyanit said the information gathered during the study "will be used for drafting relevant rules and regulations that best support the actual alternative energy consumption in the future".