Expectations are high for the new Yaris ATIV, with upgrades in comfort and performance

Competition in the eco car market is stronger than ever, and market leader Toyota has made sure of maintaining its lead with the all-new Yaris ATIV sedan that comes with attractive packaging as well as improved performance. 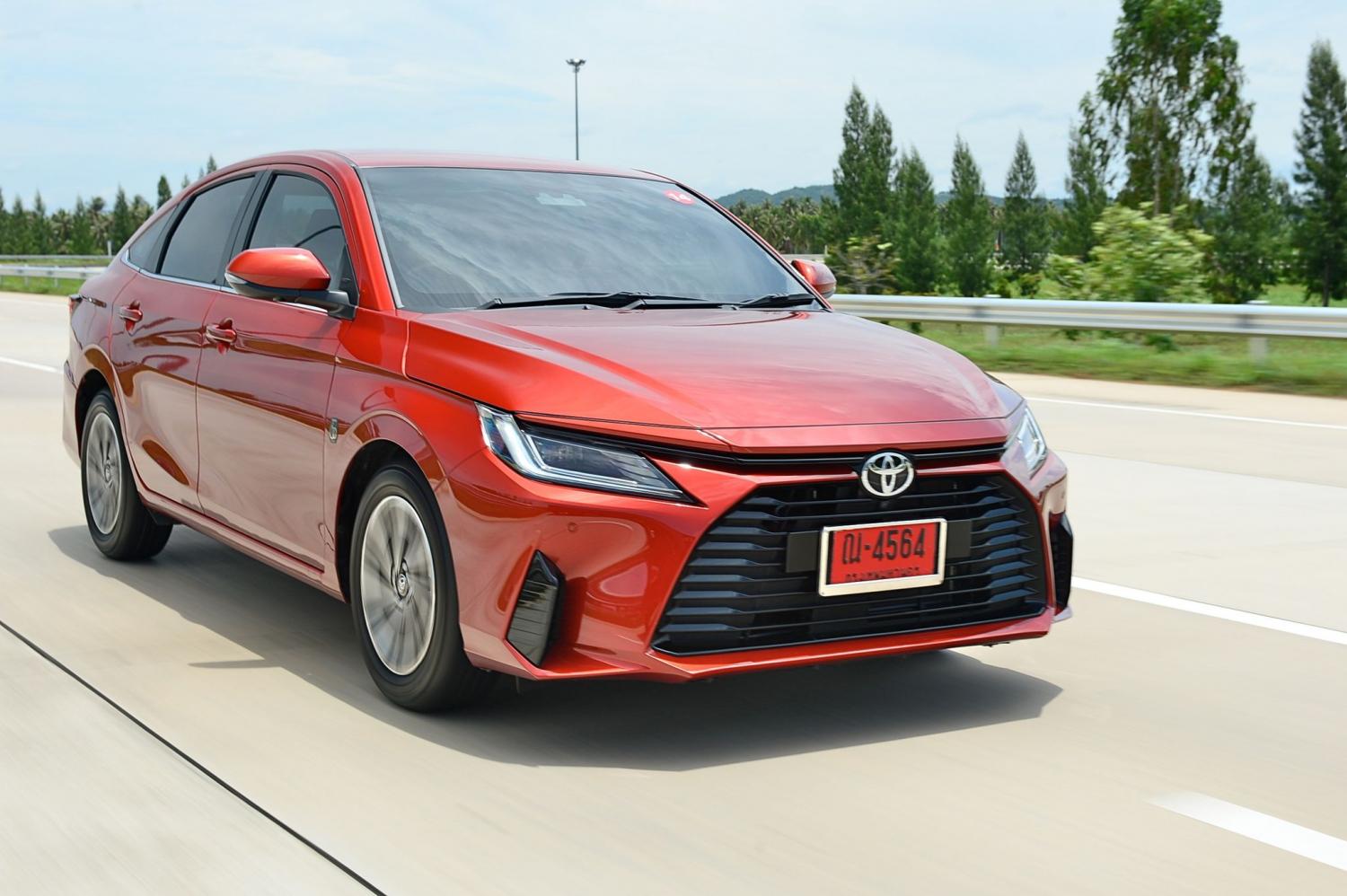 The new Yaris is result of a 5 billion baht investment at the Gateway plant in Chachoengsao province, where it is produced for both the domestic and export markets. Toyota says that it will export the Yaris ATIV to over 35 markets around the world.

This is the second-generation Yaris ATIV -- the first gen was the best-selling eco car in Thailand with accumulated sales of 133,000 units since it was launched in 2017.

It will also be offered as a five-door hatchback, and according to a Toyota insider, there are future plans for hybrid and turbocharged 1.2-litre engines.

The new Yaris ATIV is larger than its predecessor as it also replaces the 1.5-litre Vios in Toyota's passenger car line-up. The wheelbase has been extended from 2,550mm to 2,620mm, with the wheels being pushed out to the corners as the body length remains the same at 4,425mm. Meanwhile, the width has grown by 10mm and the car is 5mm taller.

The front-end design is accentuated by the muscular bonnet, sleek LED headlights and large glossy black front grille. The glossy black garnish on both corners of the spoiler (Toyota calls it the vortex generator) looks super stylish and actually serves as air vents leading to the front wheels.

The ATIV takes on a fastback body style that's popular among European brands. Apart from an elegant appearance, there are also other benefits such as a low Cd value of 0.284. There are 16in two-tone alloy wheels with 195/60 tyres fitted as standard across the range.

The fastback deign gives the rear end an elegant look, enhanced by LED guiding tail lights. The glossy black garnish is also present, along with a small diffusor offering a touch of sportiness. The luggage compartment is wide and deep, providing decent storage space for a car in this class. 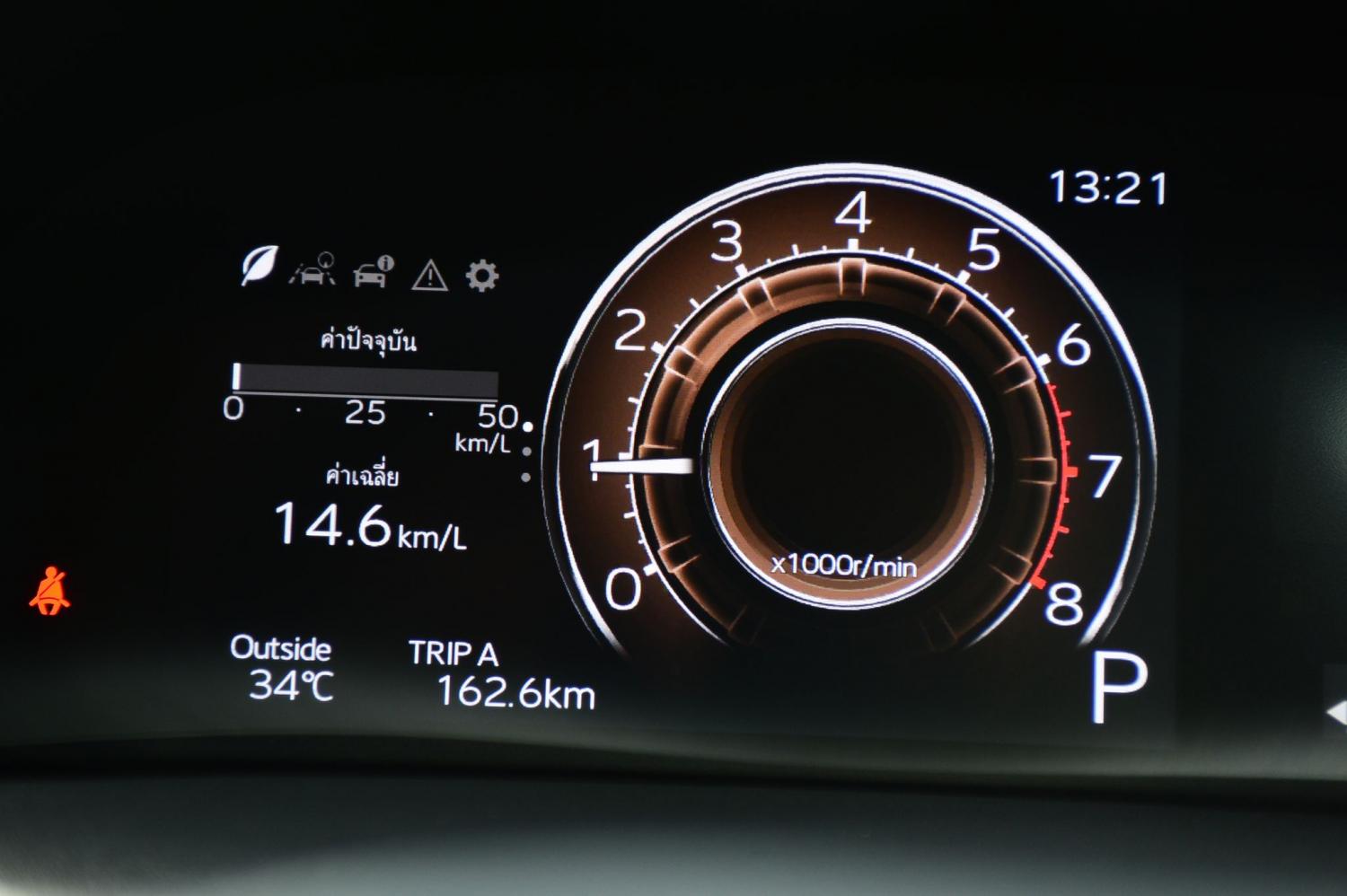 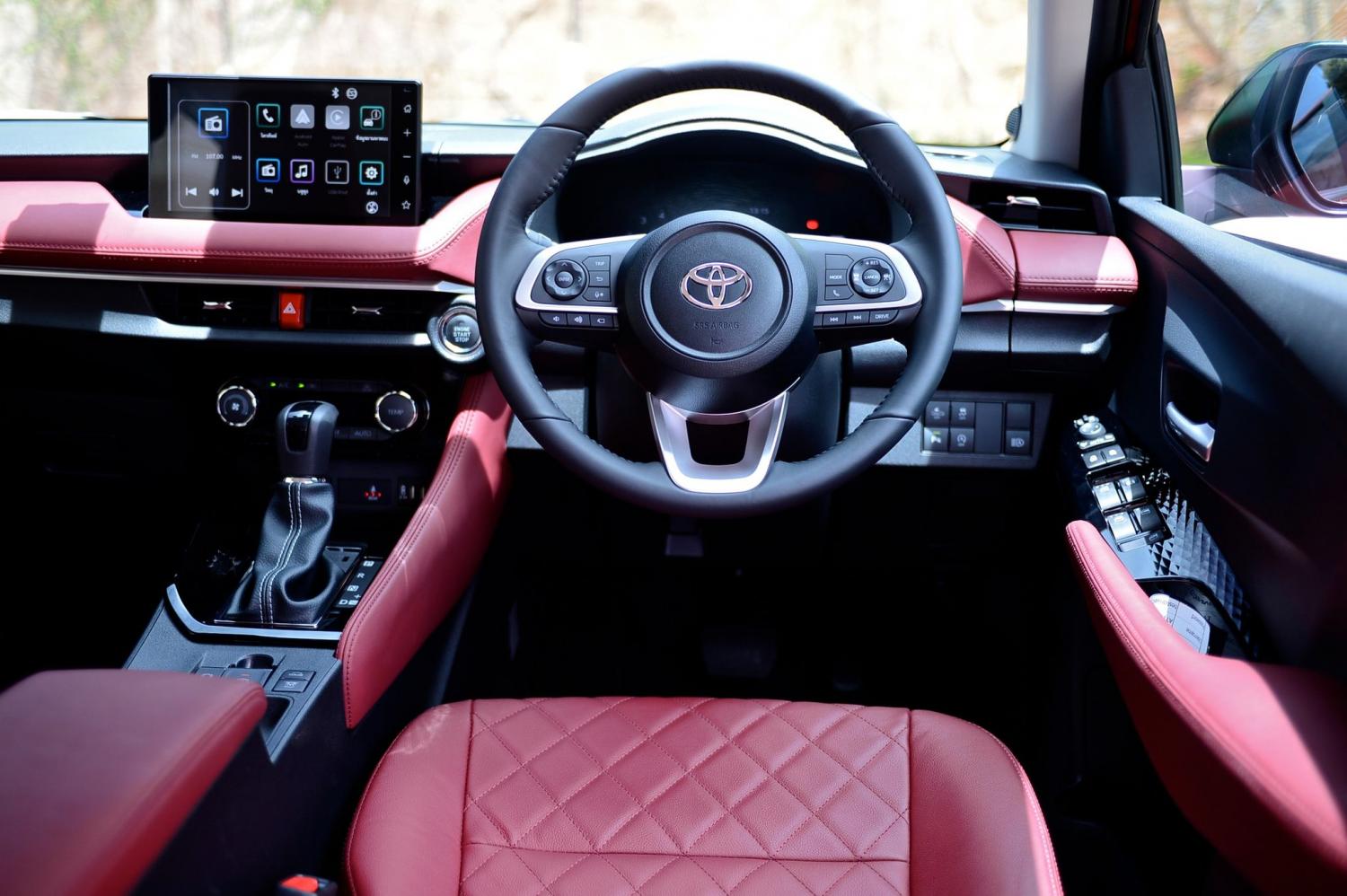 The interior is pretty impressive, particularly the red leather upholstery that lights up the cabin. The diamond-cut seat stitching adds to the luxury, although the front seats do not come with power adjustment. The front console, lower console and armrest also get the red leather treatment, which is a great improvement over the fake stitching design concept used by Toyota in previous models.

For the new Yaris, Toyota has thrown in a 7-inch digital instrument cluster (top three trim levels) with four display choices. The multi-function steering wheel (adjustable for reach and rake) not only has controls for the audio system but also for drive modes (sport or eco) as well as various other functions such as panoramic camera and adaptive cruise control.

There's a 9-inch centre touchscreen (8-inch for the lowest trim) with Apple CarPlay/Android Auto (via cable) that works fine, although the graphics looks pretty outdated. The picture quality from the 360-degree camera is acceptable and there are also guiding lines for reverse parking.

Below the air-conditioner controls are two USB ports up front plus a 12V outlet, as well as seatbelt reminders. Unfortunately there's not much storage space in this area and the cupholders have been relocated to below the side air vents. This allow drinks to be cooled, which is great unless you're having hot drinks.

The gearshift gets more leather and the housing comes in piano black trim. Space between the front seats is increased thanks to the use of an electronic parking brake, and there are also controls for auto brake hold as well as interior lighting (there's as many as 64 colours to choose from).

In terms of interior space, the Yaris ATIV is just average. While front passengers have enough legroom and headroom, the rear passengers don't get much of either, and it's a pity Toyota has not thrown in a rear armrest at the back. Nevertheless rear passengers do get air vents and two USB ports. 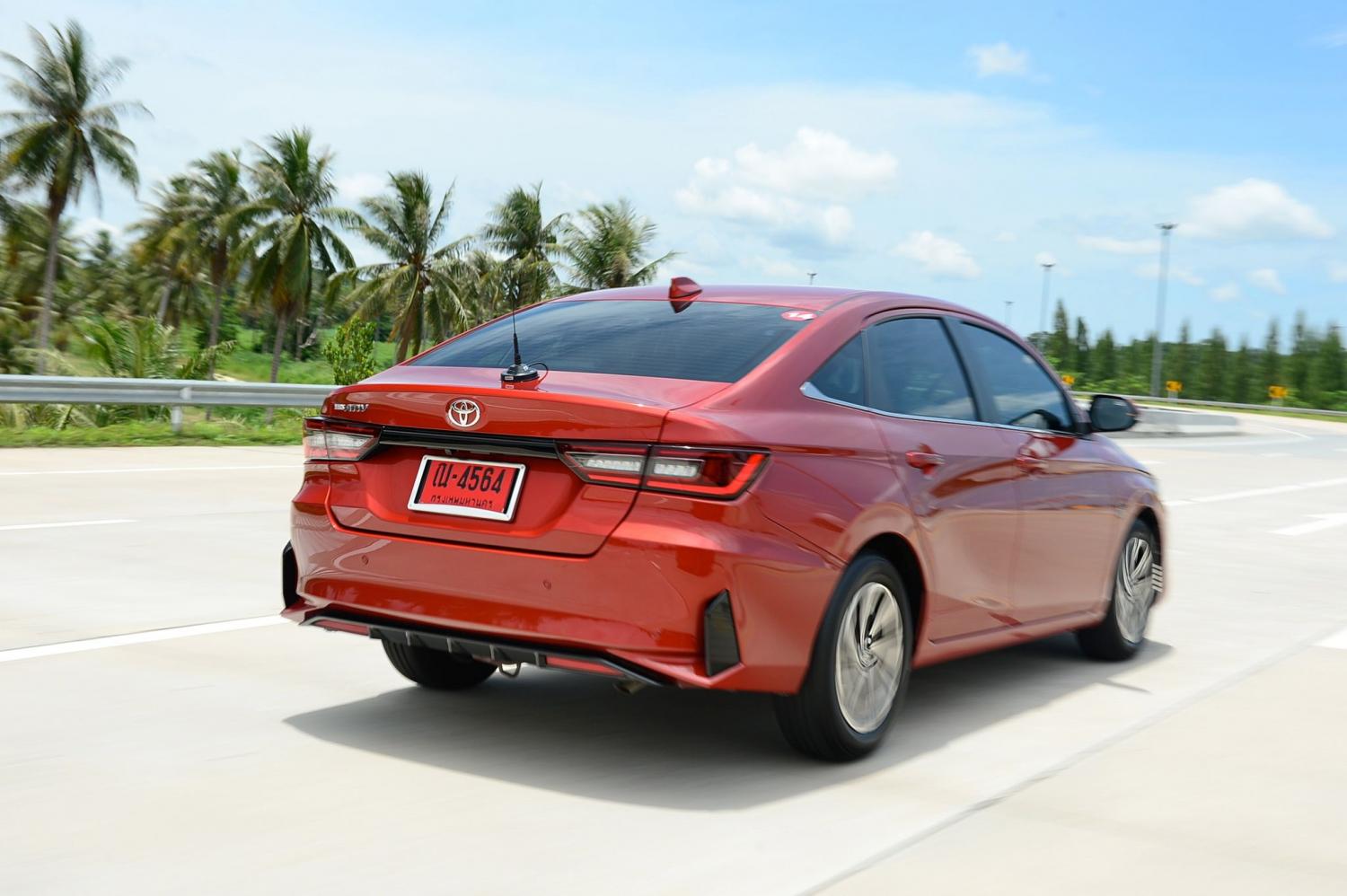 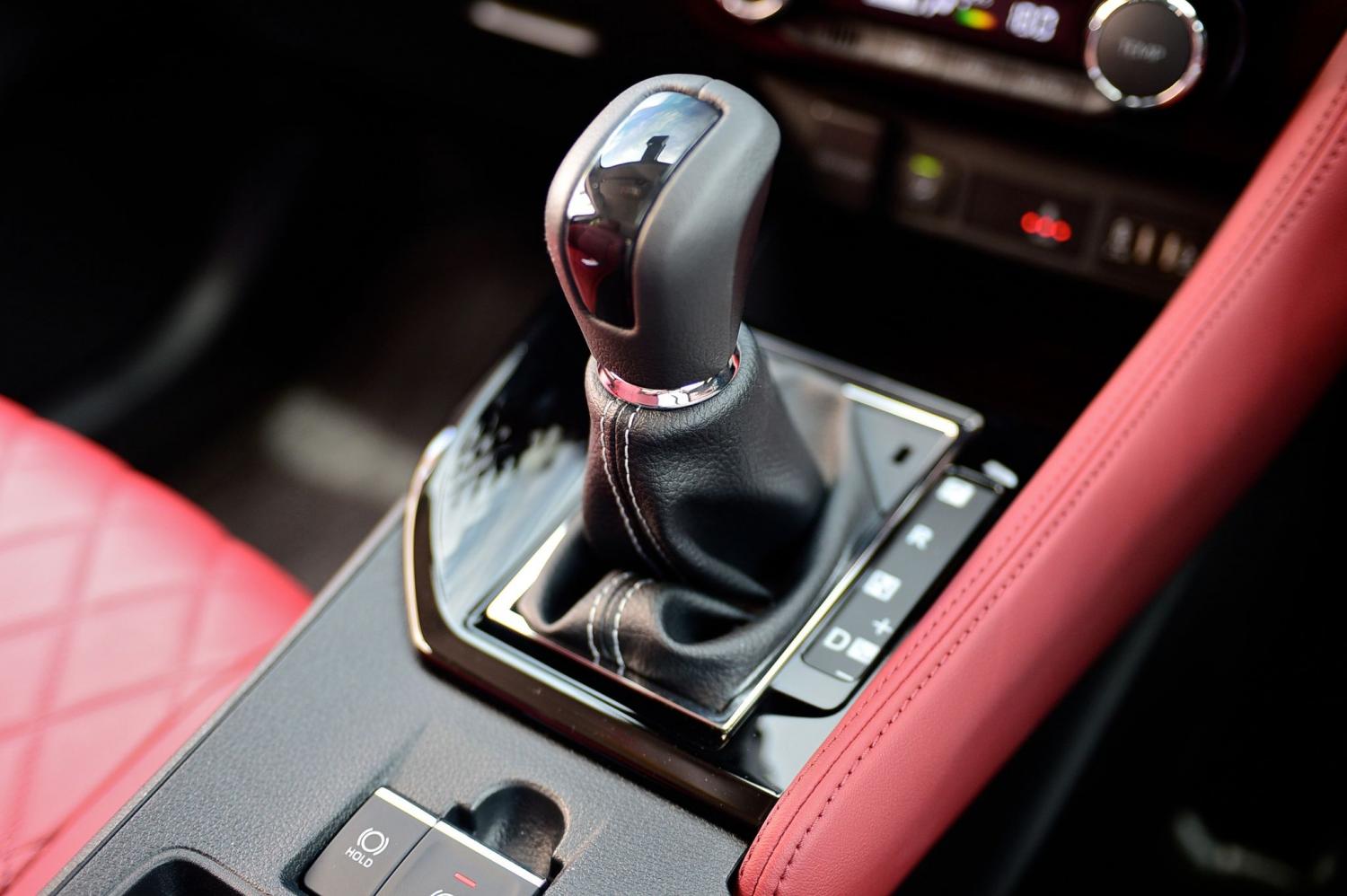 The Yaris ATIV comes with a long list of safety features that are usually offered in more expensive cars, with the Premium Luxury trim coming with the main package.

The only component not new in the all-new Yaris ATIV is its powerplant, which has been carried over from the previous generation. The re-tuned engine now produces 94hp (up from 92hp) and 110Nm (up from 109Nm) and gets the car around smoothly, being partnered with a new CVT.

While the output may seem reasonable for an eco car, this is no match against the 1.5-litre engine offered in the Vios (108hp, 140Nm), so you'll have to be content with less performance.

Nevertheless the transmission does bring out the most out of the 1.2-litre engine, with the sport mode giving satisfactory highway performance. Manual mode is also available with upshift and downshift being done via the gear lever (no shift paddles).

The strong point of the smaller engine is in fact the fuel economy and emission levels. At 23.3kpl the Yaris ATIV is economical to use, and it's able to meet stringent Eco Car emission requirements the 1.5-litre engine would find difficult to pass. 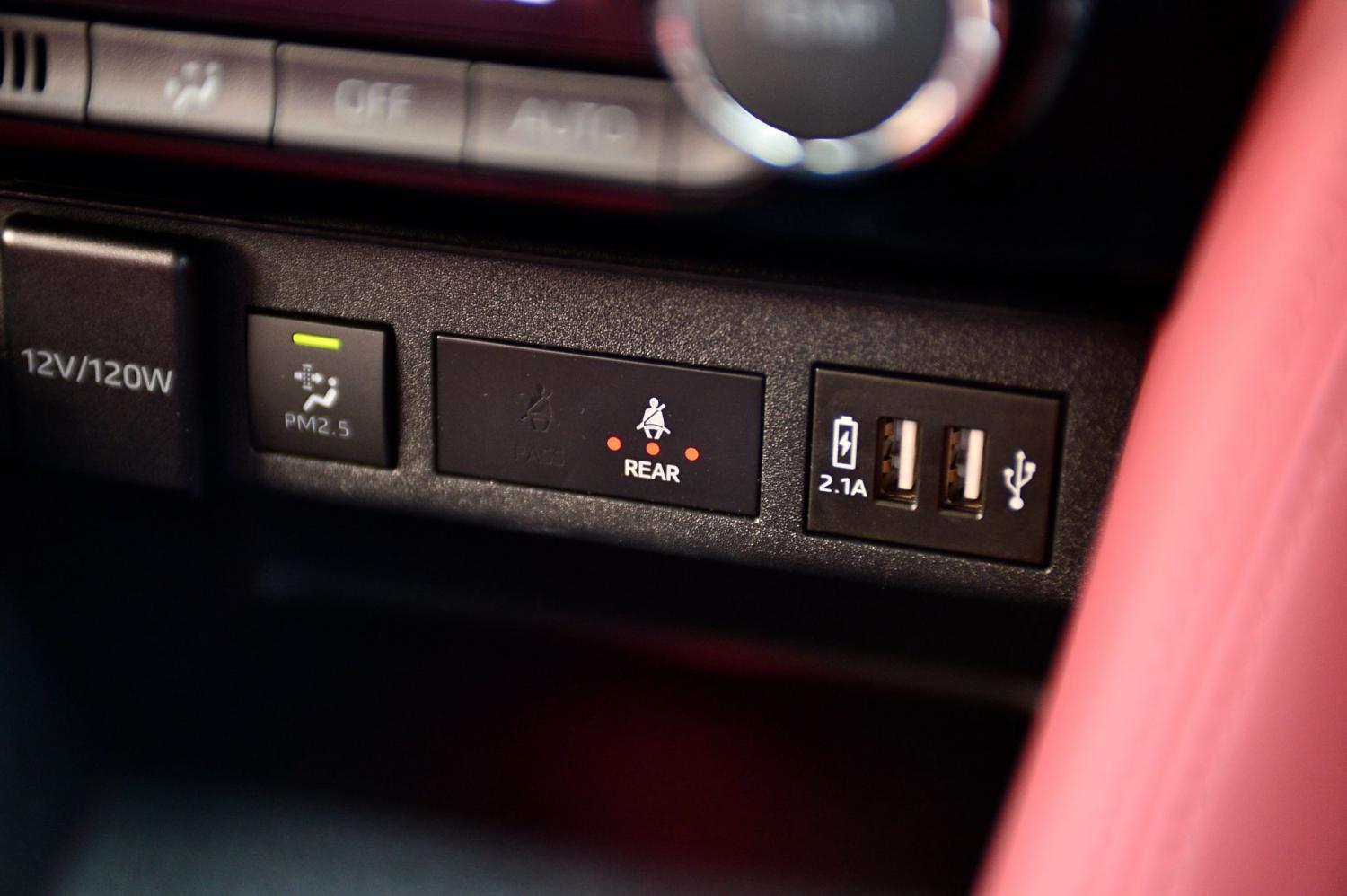 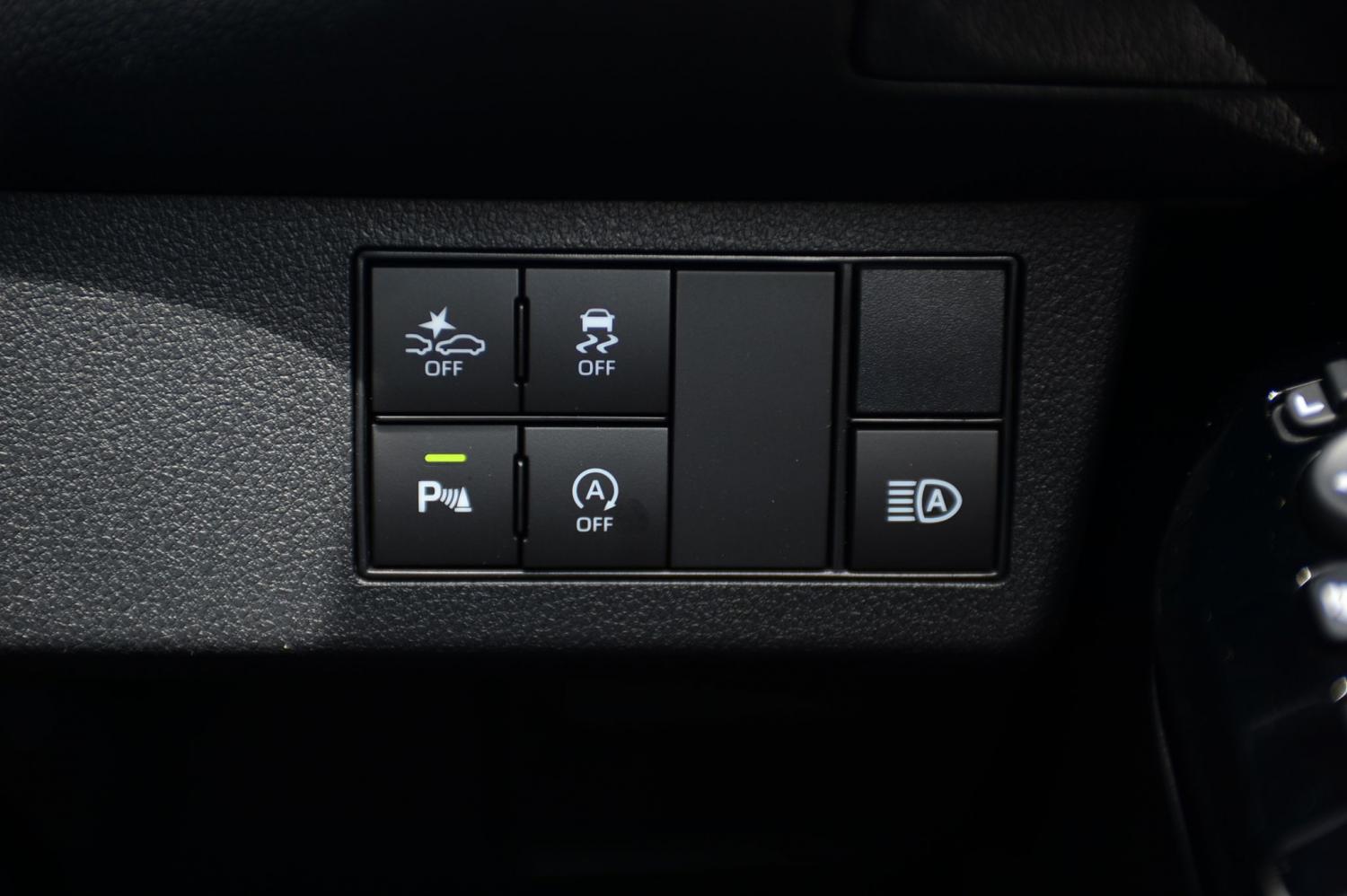 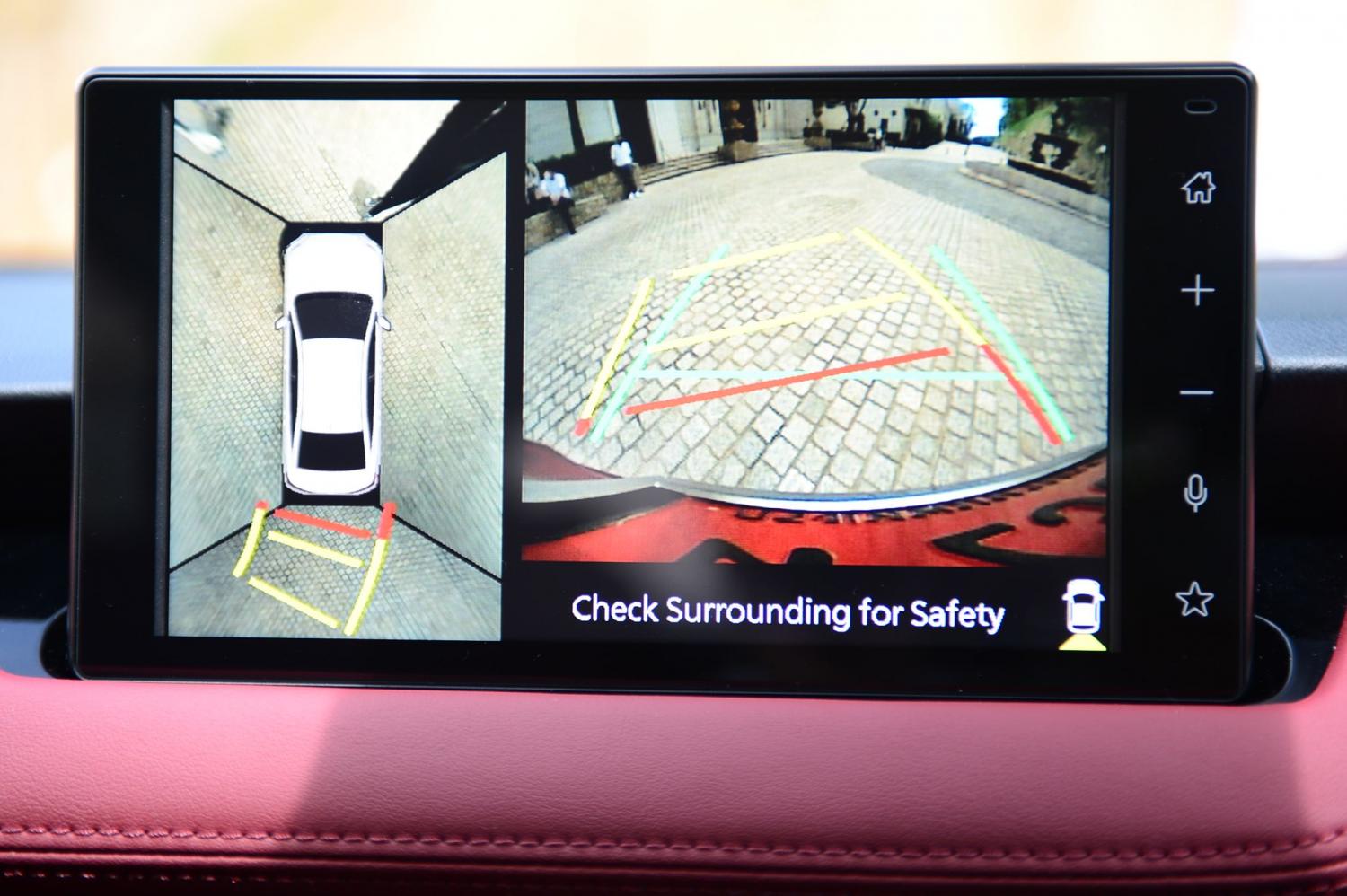 While the engine didn't really stand out, the steering and suspension setup was above expectations.

The electric steering feels super beefy which is unusual for a car in this class, and it's just a pity that there's some slack in the middle, taking out much of the sharpness.

Meanwhile, the front strut and rear torsion beam with coil spring suspension (stabiliser front and rear) has been nicely tuned, offering surprisingly good comfort levels. Cracks and bumps on the road are absorbed effectively, which isn't something you'd expect from an eco car costing this much.

At higher speeds the Yaris ATIV offers a pleasant ride and doesn't get rattled easily, even when driving through strong crosswinds. This is one eco car that can be driven fast confidently thanks to a solid suspension setup, while disc brakes front and rear offer good stopping power as well.

Toyota has actually done a great job with the new Yaris ATIV which comes with super-attractive packaging while maintaining highly competitive pricing. 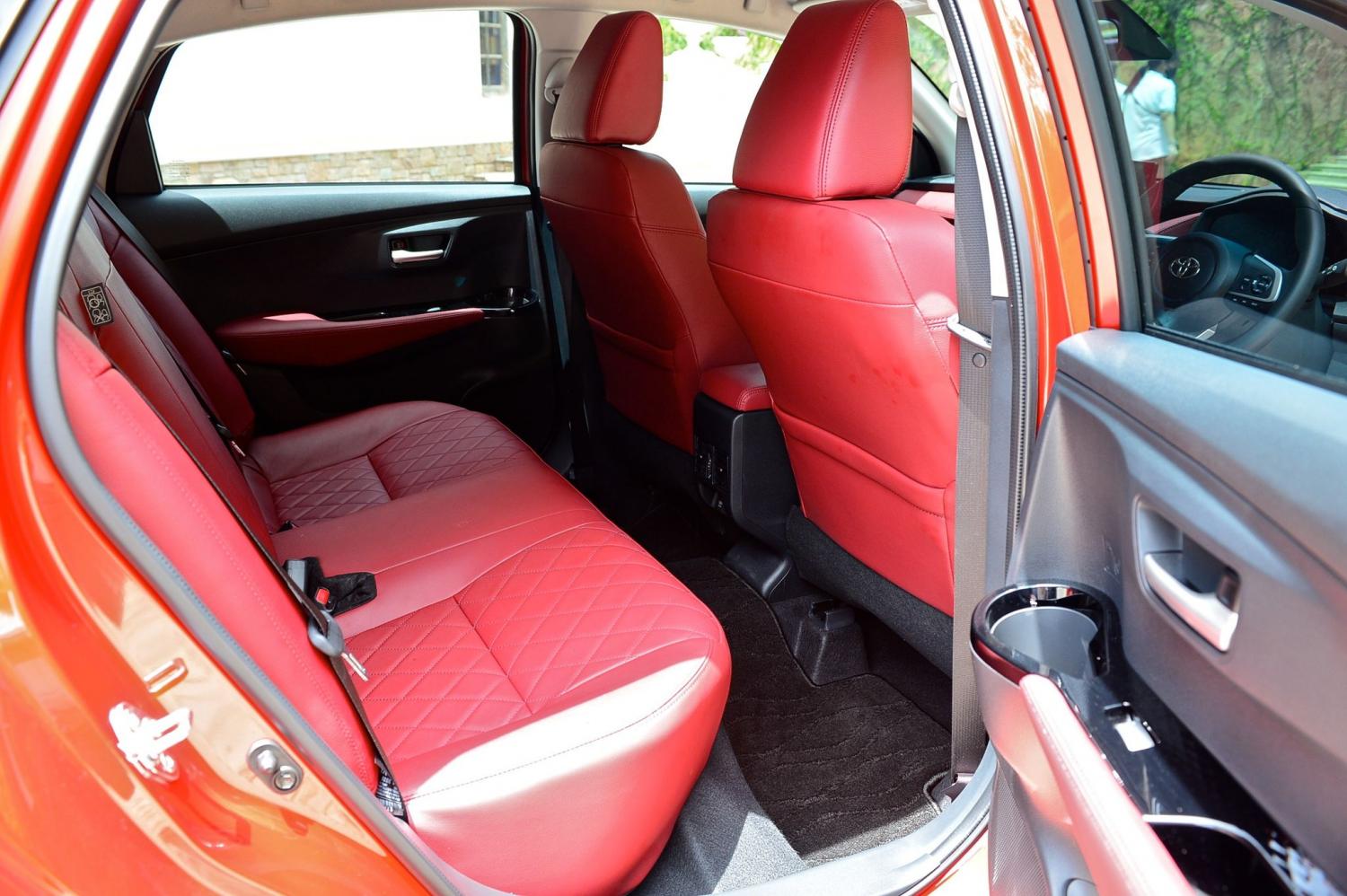 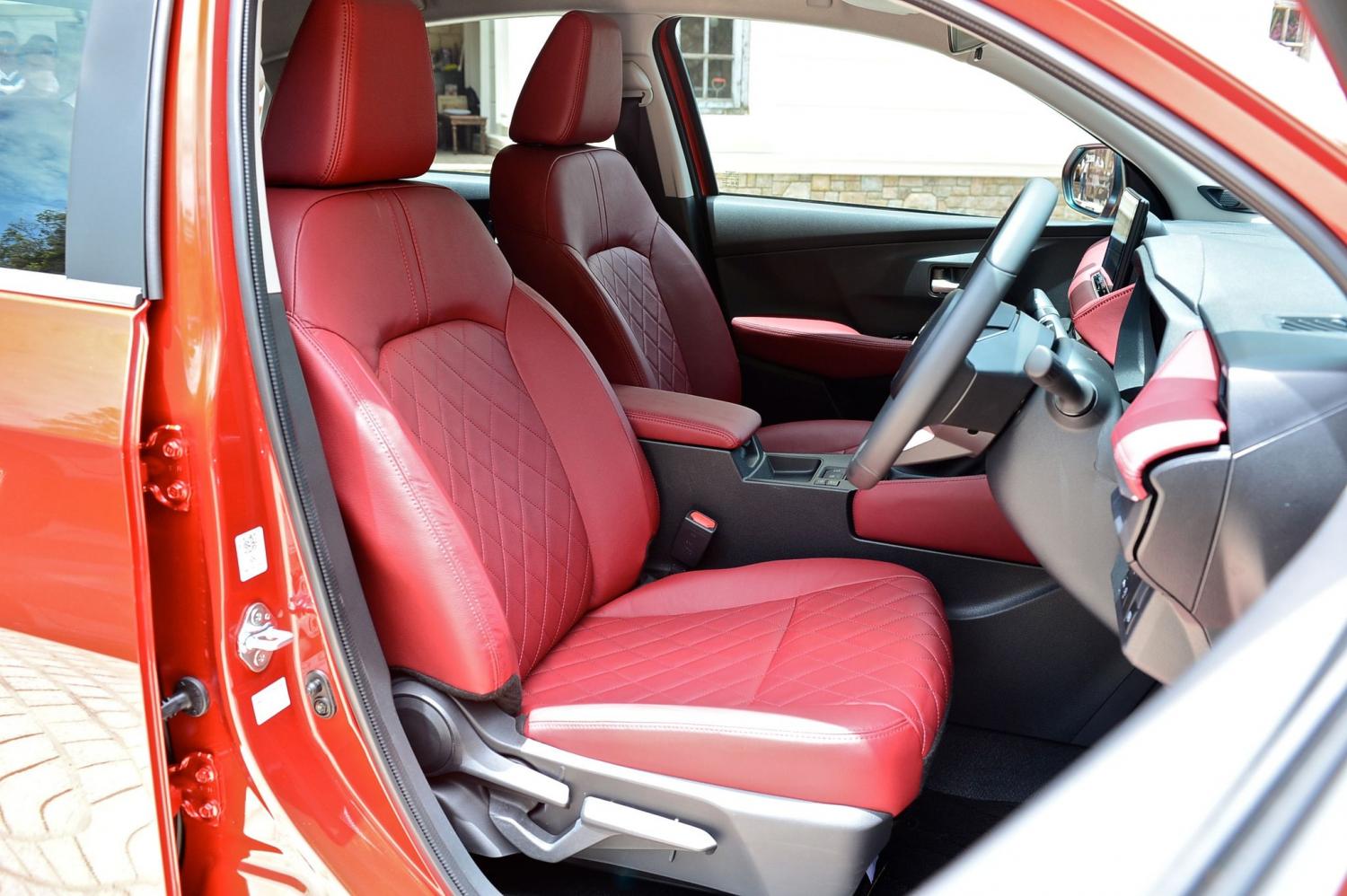 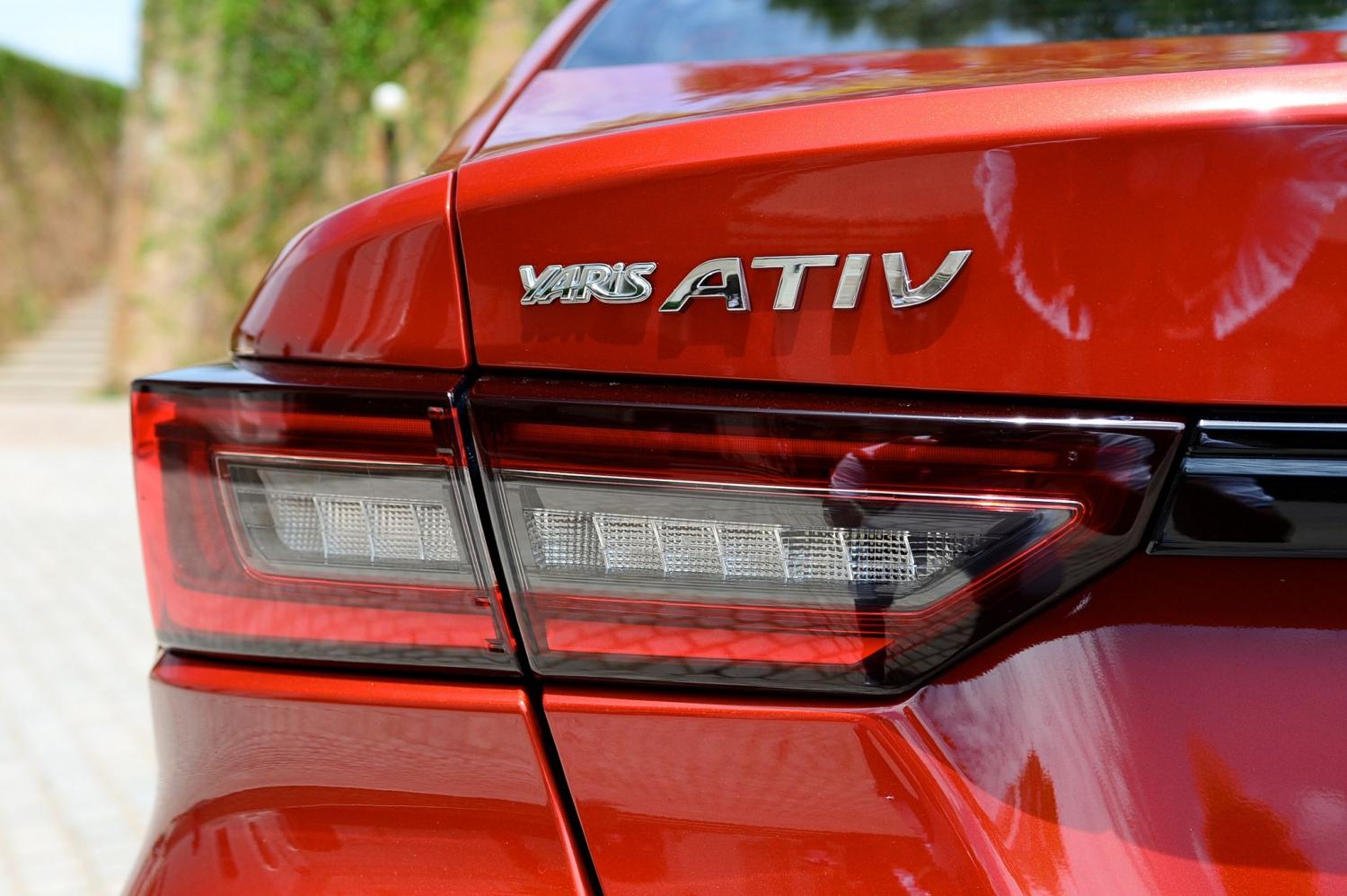