This is the first time that the plug-in feature is offered in the RX series, which has entered its fifth generation.

The new model is based on the improved GA-K platform featuring a lower centre of gravity, wider body and longer wheelbase, ensuring that it drives as well as it looks.

In terms of design, the Lexus "spindle grille" takes on much of the attention. Lexus says that the solid stance provided by the extended wheelbase, low centre of gravity, and wide front and rear treads, enables the creation of a fresh style and planted presence.

The aerodynamic design of the RX 450h+ optimises airflow around the front, reducing the coefficient of drag value while providing brake cooling performance. Under the vehicle, dimples in the engine undercover generate micro-vortices under the floor, enhancing the feeling of ground contact and high-speed stability. 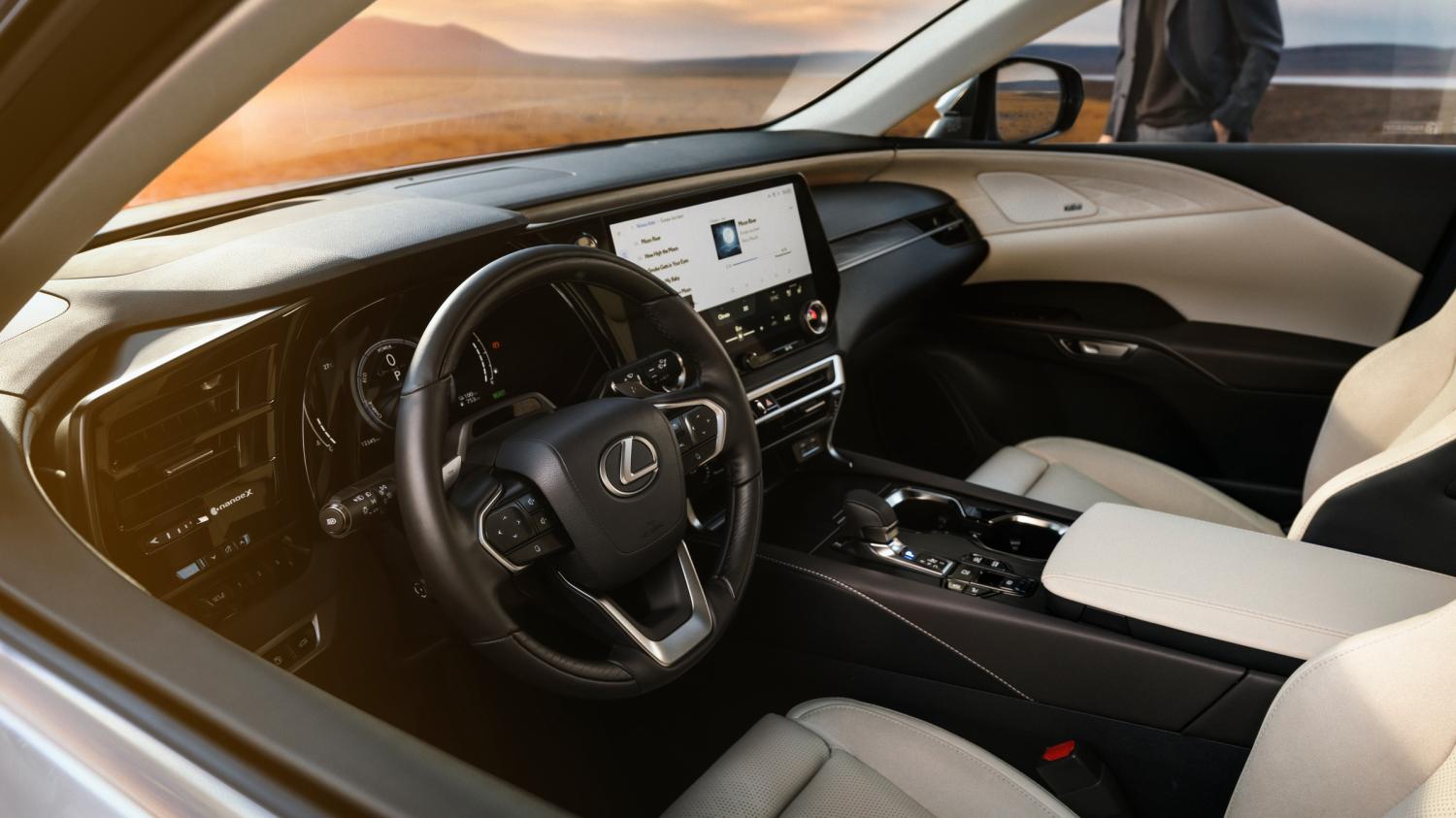 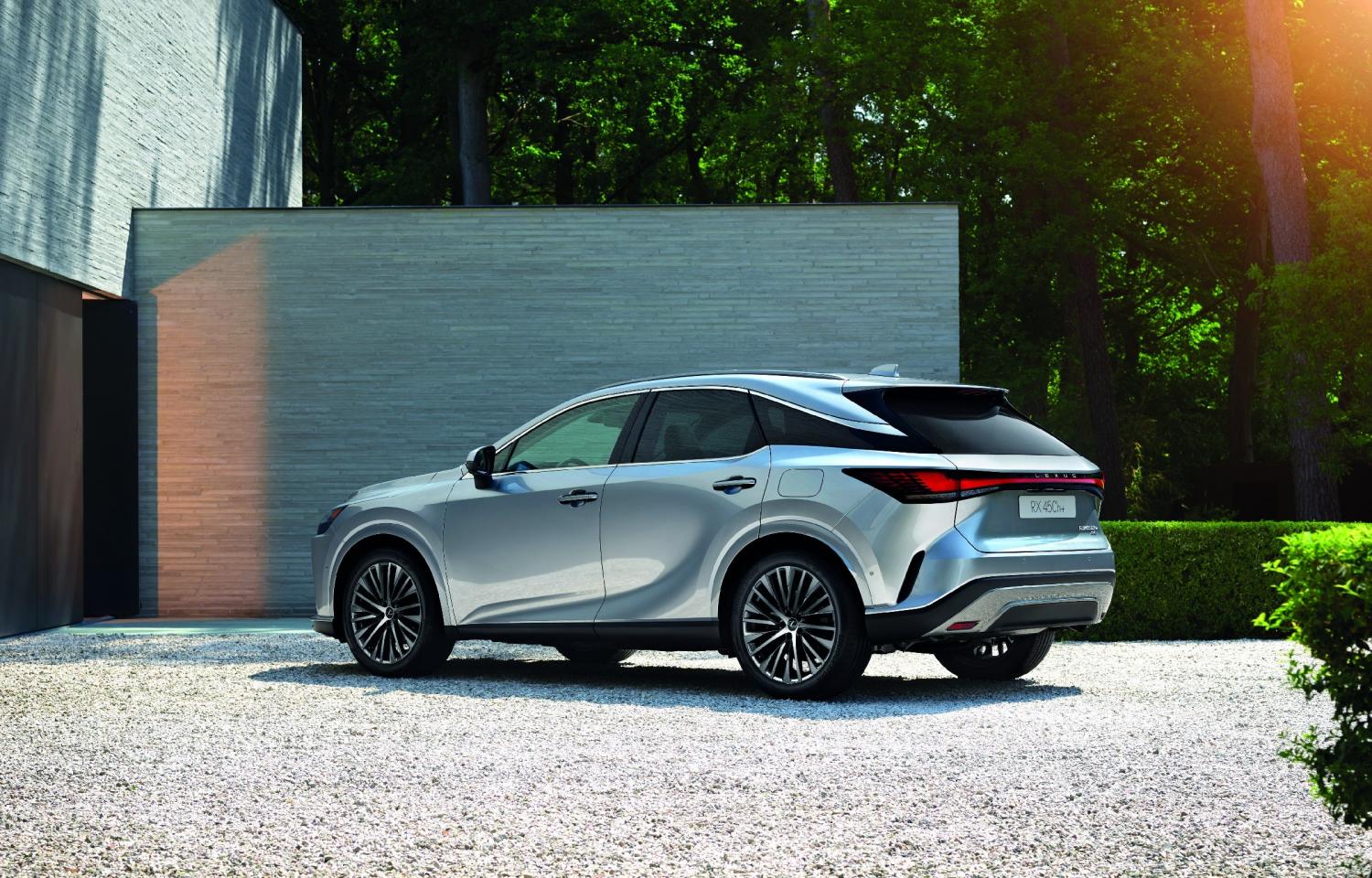 According to Lexus, minimising the height differences between the door and the window surface efficiently suppresses airflow fluctuation, while the shape of the rear spoiler end and gate-shaped spoiler on the rear window help suppress turbulent airflow and enhance handling stability.

Meanwhile, the interior was designed based on the Tazuna concept, a new cockpit design from the Japanese luxury carmaker. The tazuna, Japanese for rein, is an important means of communication between a horse and its rider. The steering wheel switches, for example, are highly integrated with the head-up display to create a space where the driver can concentrate on driving. Navigation, audio and various functions can be controlled without the need for extra eye movement or complicated switch operations.

Apart from the colour head-up display, there's also a touch tracing operation on the steering wheel, along with an LCD instrument panel display and a 14-inch centre touchscreen.

The GA-K platform enables a longer front/rear couple distance, contributing to the roomy feeling in the rear seats. The multicoloured illumination around the instrument panel creates a spacious, immersive atmosphere even at night. There are 14 theme colours, plus 50 additional colours from a palette that can be shown in the centre display.

The centre of gravity was lowered by 15mm by reducing vehicle weight and lowering the floor, the wheelbase is 60mm longer and the track 15mm wider in the front and 45mm in the rear, resulting in reduced yaw inertia moment as well as good basic SUV functionality including access and space.

The suspension comprises MacPherson struts in front and multi-link at the rear that have been optimised while the body rigidity has been improved further. 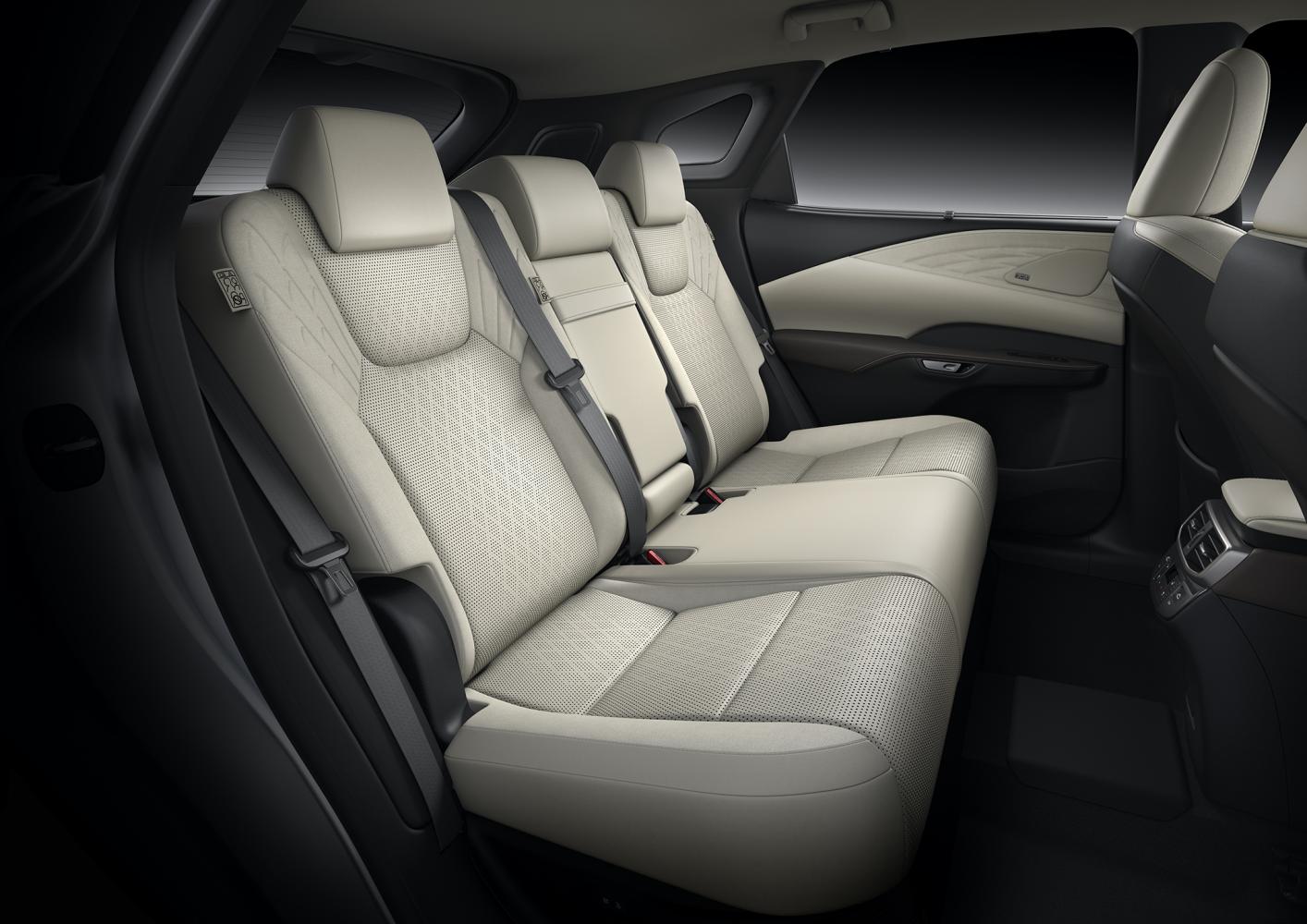 The plug-in hybrid system in the RX 450h+ consists of a 2.5-litre engine, an 18.1kWh lithium-ion battery and high-output front and rear electric motors.

Lexus says the E-Four, a motor-driven AWD system, uses various sensors to determine when the drive force is needed in the rear, such as during start-up or normal driving, and precisely controls the front-rear torque distribution from 100:0 to 20:80. It efficiently uses the battery power to drive the front and rear motors, contributing to the fuel economy as well as delivering excellent starting off performance and driving performance.

There are plenty of advanced systems including dynamic radar cruise control, automatic parking and electric doors with safe exit assist that warns users of oncoming vehicles or bicycles. 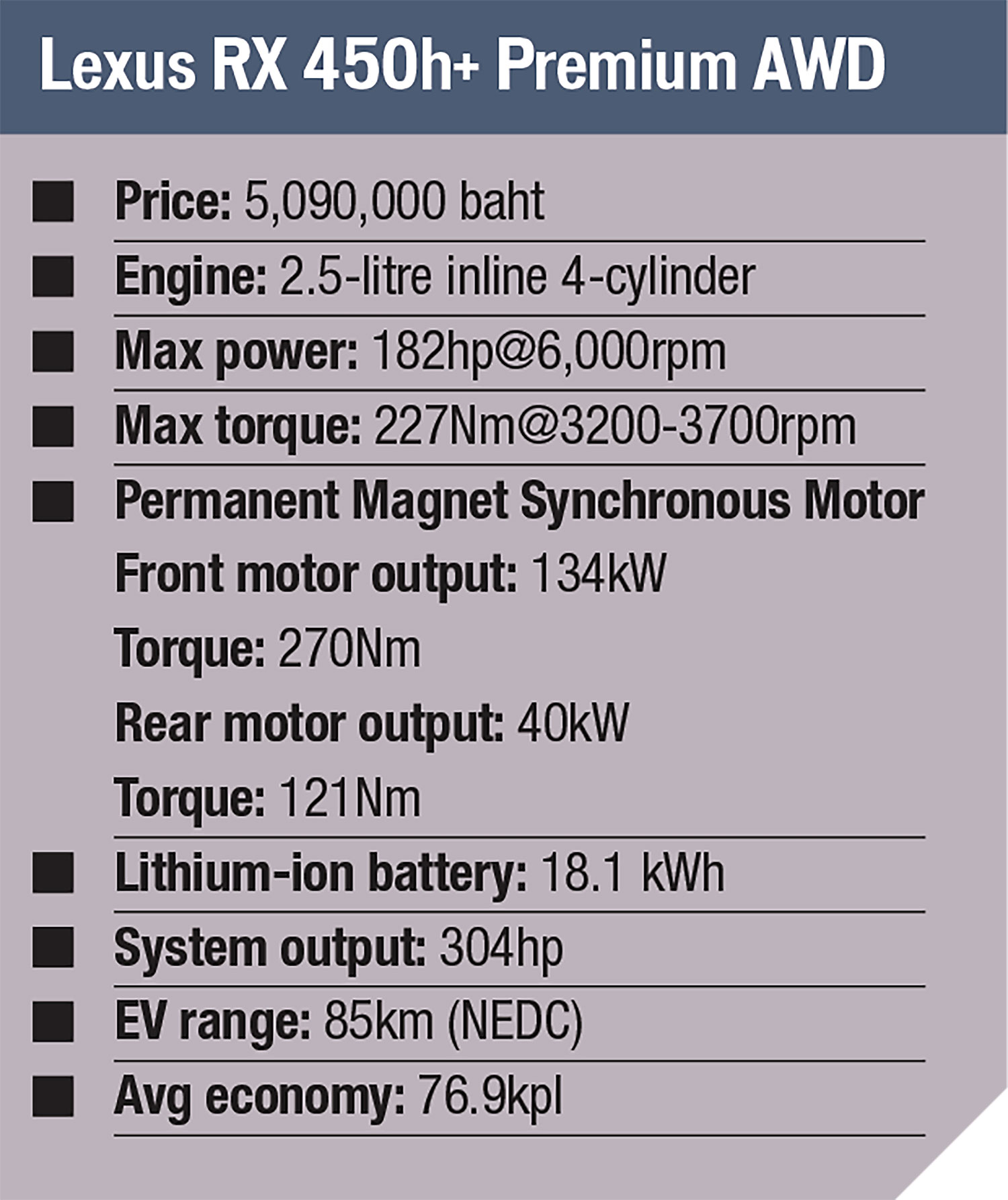 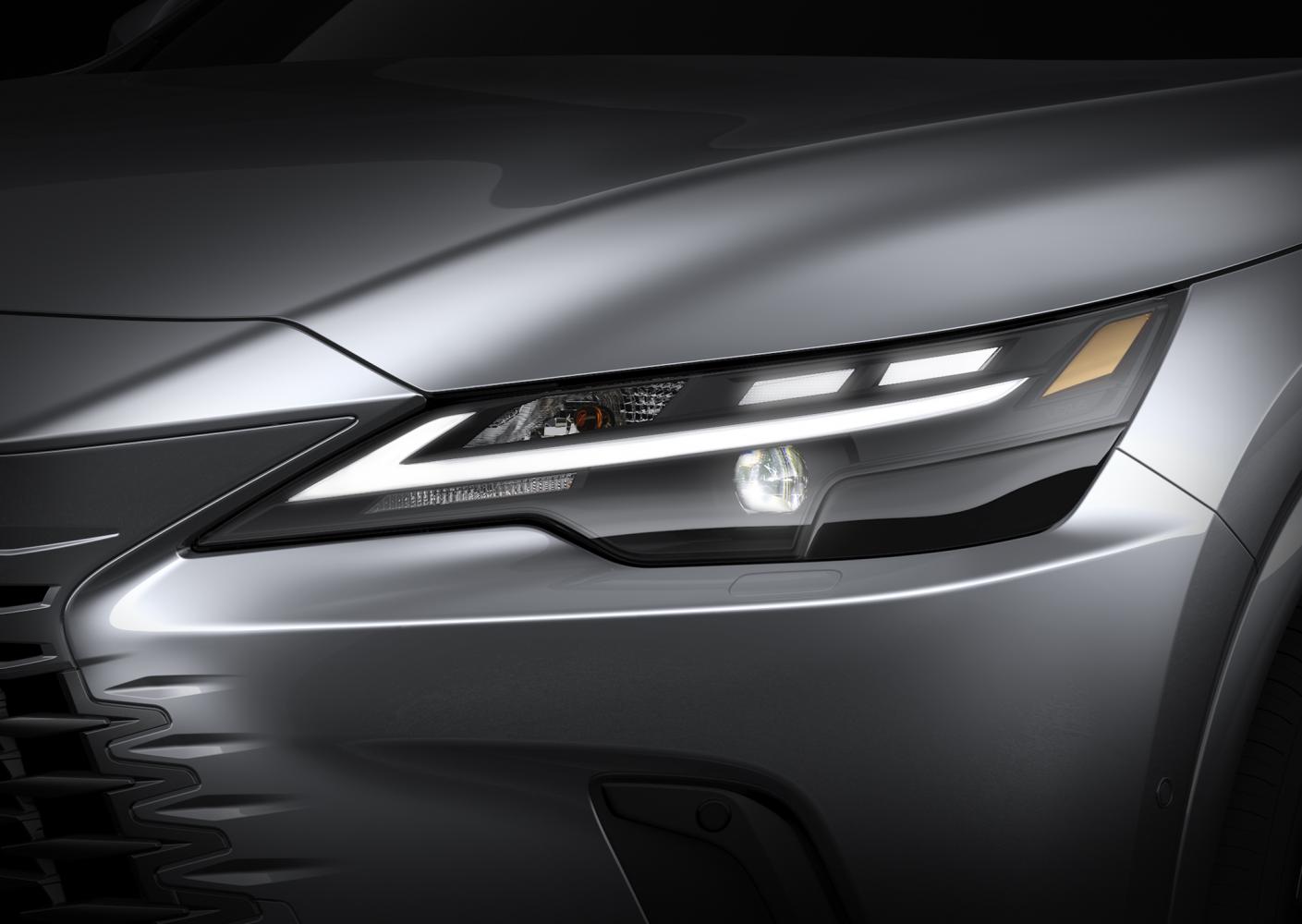 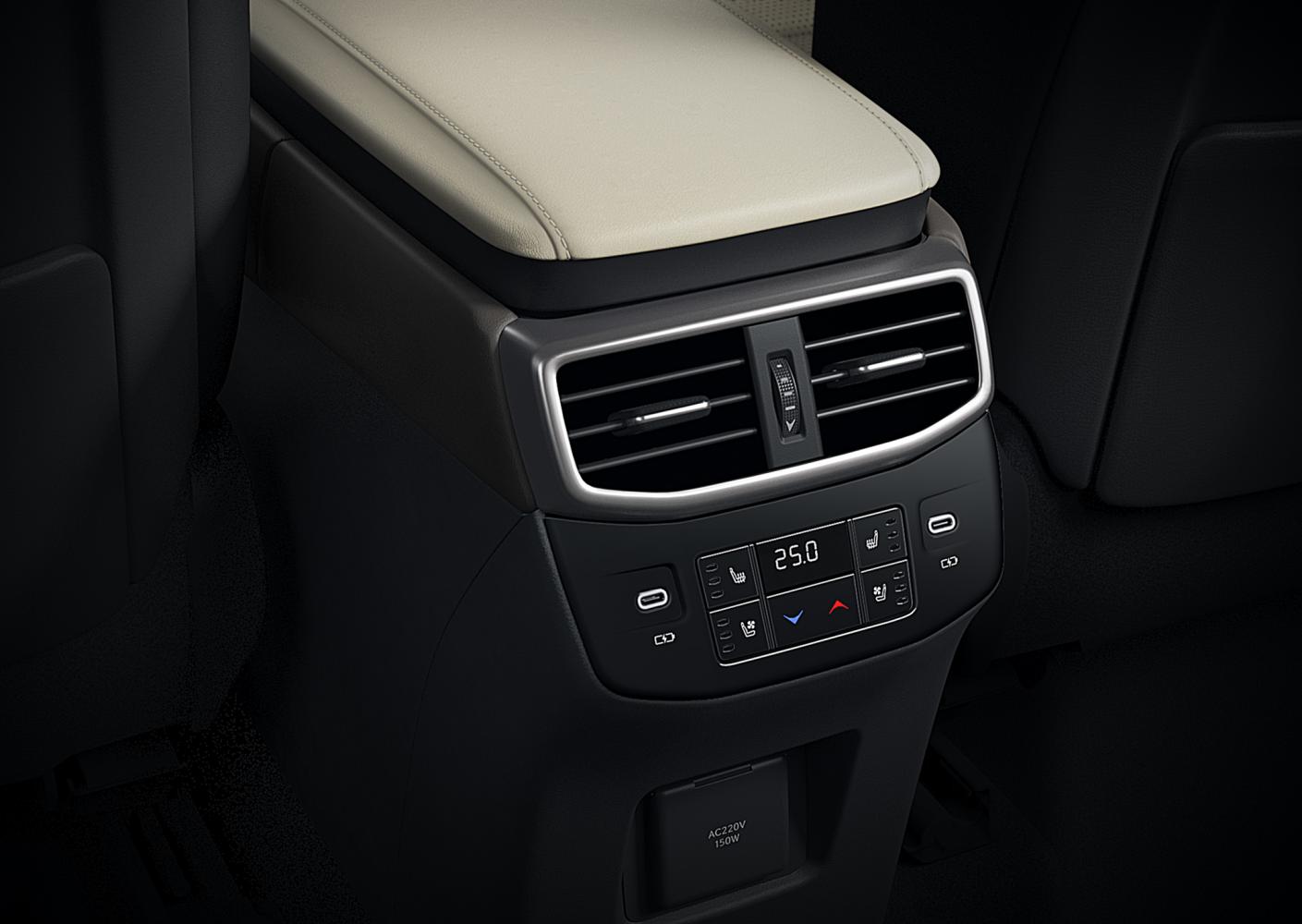 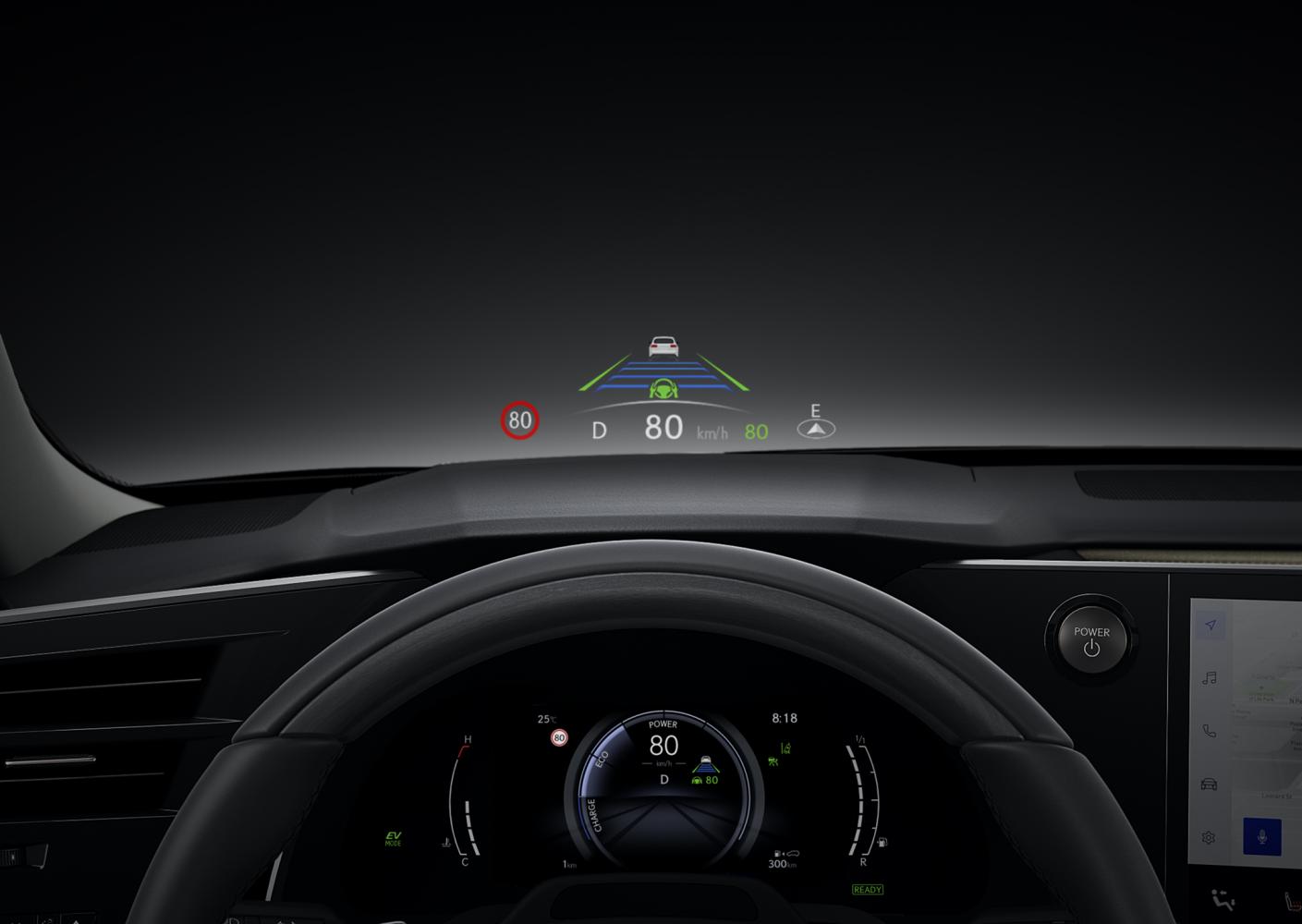 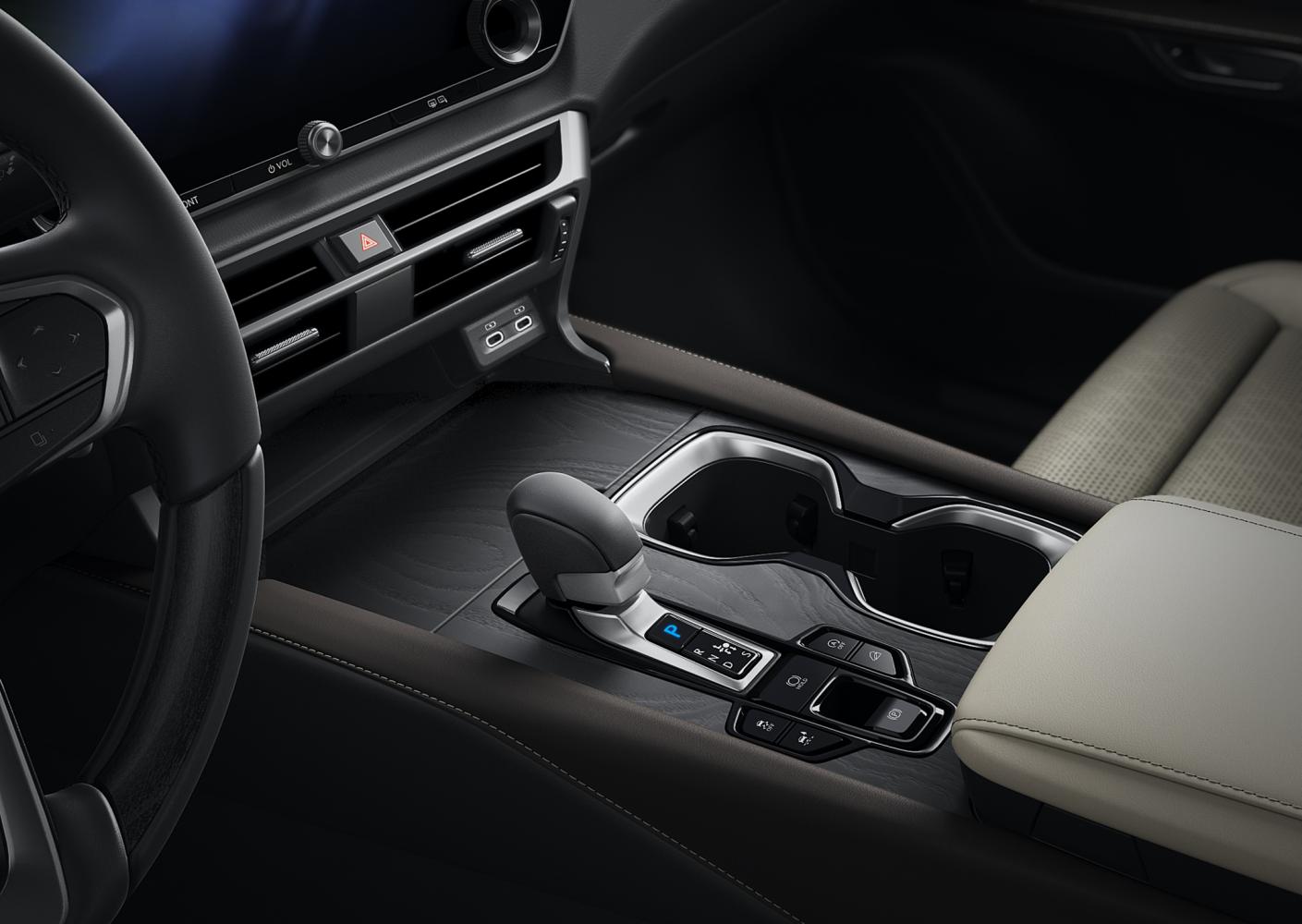