The soft loans will be provided through the Bank for Agriculture and Agricultural Cooperatives (BAAC) and Government Savings Bank (GSB) with 1% interest per month, said BAAC president Luck Wajananawat.

"The BAAC and GSB were assigned by the government to use this tool to tackle the loan shark problem," Mr Luck said. "Each bank received a budget of 25 billion baht to lend to low-income borrowers." 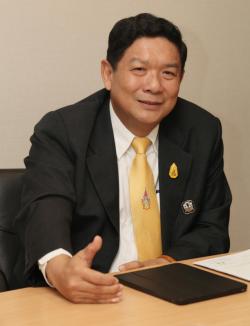 The 12% annual interest rate is lower than nanofinance rates, which by law can reach 36%, he said.

Previously the BAAC allowed non-formal loan borrowers to register with it for refinancing assistance. Some 36,000 borrowers out of 100,000 that registered became the bank's clients with the BAAC providing 3 billion baht for refinancing.

"We will be setting up a permanent office to solve loan shark issues at the bank in the near future to serve the Finance Ministry mandate," Mr Luck said.

Mrs Sunee said the amended Public Debt Act allows the Finance Ministry to closely manage the borrowing of state agencies even though the debt is not defined as public debt by law. The cabinet approved the amendment on Tuesday.

"We want to better manage state agencies' borrowing plans. For instance, a borrowing ceiling must be set for local administrations that have high potential to default as they are allowed to borrow without limits now," she said.

The ministry is also a guarantor for this debt under the amendment.

"This debt puts Thailand at great fiscal risk if we don't pay attention to their finances," Mrs Sunee said.