The entrepreneurial spirit in Asia is strong but innovative internet-based businesses need support and guidance on many fronts.

If there was a prize for buzzword of the decade, a top contender would be "startup", which has come to describe any kind of new internet-based business. They're being formed by the thousands and many will fail, but some that succeed -- think Uber, Airbnb and a few financial technology (FinTech) players -- have unleashed disruptive technology that has changed the very nature of business.

The entrepreneurial spirit has always been strong in Asia, but it takes a lot of different factors to turn a tech-based startup into a success story. Acknowledging the new status quo, Asian governments are trying to build ideal digital ecosystems with favourable incentives to attract both talented entrepreneurs and the venture capital (VC) firms that back them.

However, many challenges remain, from government regulation to a lack of talent and mentors.

"Several drawbacks for startups operating in Southeast Asia are the limitations on users and monetisation given the combination of low GDP per capita and low credit card penetration in the region," said Eddie Thai, a venture partner with the early-stage VC firm 500 Startups.

"These challenges will be overcome with time in most countries, but it will be hard for any country to match Singapore, let alone Silicon Valley, without overcoming infrastructure and corruption issues."

One factor that favours internet-based businesses, however, is that globalisation has blurred borders and physical location is not a big issue, said Pumin Yuvacharuskul, a co-founder and CEO for Thailand of the restaurant portal Eatigo.

"Startups choose the location that offers better infrastructure, legal protection and the most conducive environment to do business," he said.

Singapore is ranked as the second least corrupt country in the world by Transparency International and tops the World Bank's influential Ease of Doing Business table. It has also created a vibrant entrepreneurial scene with startup-friendly policies and business incentives to lure global entrepreneurs and investors. The maximum corporate tax rate is low at 17%, and there are no capital gains or dividend taxes.

"Some investors prefer to invest in a Singapore entity owning Thai or Vietnamese companies due to the tax benefits," said Martin Toft Sorensen, co-founder and managing director of the fashion shopping site WearYouWant.

"Investors tend to feel more comfortable investing in Singapore and Hong Kong companies than investing directly in Thai or Vietnamese companies. Moreover, it is easier for a startup to sell itself as a Singapore or Hong Kong entity."

Startup funding arranged in Singapore in the first quarter of this year totalled US$275 million from 37 deals, up from $183 million a year ago, according to Tech in Asia. In the third quarter last year, startups in the city-state raised a record $549 million from 31 deals.

Singapore's success, said Mr Thai, was the natural outcome of having a straightforward and transparent regulatory environment. However, the market size of just 5 million, while far more affluent than anywhere else in Asia, is a drawback and most companies need to expand to other countries in the region.

"The Thai government needs to create incentives that are equally, if not, more attractive than other countries in the region if they want to attract more investors," said Mr Pumin of Eatigo.

Southeast Asia is home to a number of successful consumer-focused online businesses but many newcomers need more support.

The Thai government has talked a lot about the digital economy but only recently has it started to back up that talk. It plans a 20-billion-baht fund to support and accelerate 2,500 existing startups, with a target to increase the number to 10,000 by 2018.

However, experts question whether government-supported VCs in Thailand have the expertise to nurture startups.

How the money is to be allocated and the amounts available for each venture will be the key issues, in the view of Mr Sorensen. If the amounts are small, they will need more funding sources.

"This is a great and important initiative for the economy. However, it will take time before we see a clear result if co-investments are not made by local or international VCs," he said.

Officials have indicated the funds could be disbursed through tax incentives for investors and startups, and government grants to selected businesses. As well, the government could disburse the money in the form of loans, using banks to help screen for qualified applicants.

"Startups are usually a high-risk business and unable to access funds at an appropriate cost," said Mr Pumin. It would help, he said, "if governments can help create incentives for banks to support funding to help startups that have potential, and not only to SMEs".

If the government subsidised loans, banks might be more startup-friendly as their risk would be reduced. But Santit Jirawongkraisorn, co-founder and managing director of the delivery specialist Lalamove Thailand, questioned whether taxpayers would support such a high-risk strategy.

"The role that the government will play to foster the nascent industry is an extremely important one, but the government must ensure the programme's effectiveness and transparency so that the effort yields fruitful and successful results," he said.

Ani Bhalekar, a director at Accenture, said that in addition to offering grants, governments should focus on nurturing and sustaining startups. This would involve engaging people who have experience with successful startups and VCs to serve as mentors.

"This is a win-win situation. It's a win for startups as they not only will get growth capital but also guidance from an experienced investor. It's a win for the government as it can monitor and track the use of funds. A cash grant is good when it's an active investment," he said.

Mr Bhalekar said active investors who have worked with startups in the past would be able to help startups with business planning and roadmaps to sustainability.

"It's great to get grants from an investor as long as they are an active investor, but the government typically doesn't have the skills and time to do that, and that is usually when grants are abused," he said.

Eatigo's Mr Pumin agreed that any government-supported VC must have the proper knowledge to help groom startups. "It's not only about the money, it's also about mentoring a future CEO," he said.

In his view, although Thailand is a major market for regional startups, it is not suitable as a regional headquarters given the limited pool of talent and less favourable cross-border investment policies.

"While proficiency in English has always been a concern, Thailand also lacks the skill sets for international operations, developers and data analysts who could work with a regional perspective," he said. 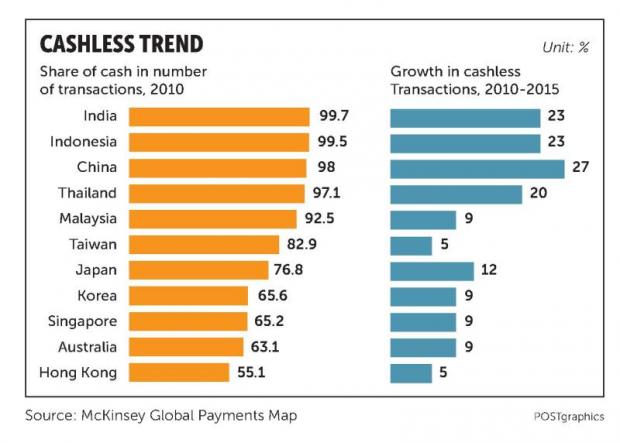 Lau Ngee Keong, the co-founder of the dining-discount site Offpeak, said startups in some countries faced some other fundamental policy drawbacks. In Thailand, for instance, one needs an office address in order to register a company, but to rent an office, one needs to have a company registered.

"Startups are looking for ease of company registration and allowing them to operate the business by understanding that disruption is going to come," he said, adding that generally startups are good for the economy as they make the system more efficient.

"If you don't open up, you are not allowing the other startups to help your local economy," he said.

"There is a lot of talk about opening up the market, such as ease of foreign ownership and allowing foreign expertise, but nothing concrete has been done yet."

As opposed to Singapore where 100% foreign ownership is allowed, Thai laws limit foreigners to holding 49% of the shares in an e-commerce business. The company also needs to hire at least four Thai people to one foreigner, regardless of the nature of the business.

However, some progress is being seen on the foreign ownership front. In Indonesia, the Investment Coordinating Board (BKPM) is finalising guidelines that will allow 100% foreign ownership of an e-commerce business with a minimum investment of 100 billion rupiah ($8 million) or businesses that create 1,000 employment opportunities.

Some other positive steps taken by regional governments have gone largely under the radar, according to Junde Yu, managing director for Asia Pacific of App Annie, an app store analytics specialist.

The Chinese government, for example, has poured a lot of money into startups via numerous investment arms and there are many well-established tax and tech-park incentives, he said.

"However, it may not as visible at a national level compared to Singapore because China is such a large country. Most of the incentives are executed at a provincial, city, or even suburban level such as Zhongguancun," he added.

Mr Yu described the startup ecosystem in China as well-developed, especially in Zhongguancun, the Beijing district that has long been known as the Silicon Valley of China where investors, entrepreneurs, incubators, accelerators, industry talent and co-working spaces are all widely accessible and of high quality.

Mr Bhalekar added that making it easy to set up firms was probably the biggest improvement that could be made.

"Every regulatory body should think about what it means to set up a company and how difficult it is in their jurisdiction. Governments that help new companies get established with a few clicks are reaping the benefits of their investments," he said.

However, in his view, government regulation is not a critical prerequisite for a startup to be successful.

"The beauty of tech startups these days is that you don't need much to start a company, unlike other industries and also historically. A couple of laptops and a group of incentivised people is all you need," he said.

Mr Thai of 500 Startups added that countries such as Thailand and Vietnam were in a better position today than Singapore was a decade ago when the startup scene was just emerging, since everyone today agrees about the opportunities that tech startups represent in terms of investment and employment.

Therefore, the role for governments in these two countries should be easier or, at least, cheaper.

"Instead of pumping lots of money into the system, they could focus on other aspects. For example, making entity formation faster and easier and reducing foreign investment limitations," he said.

"Additionally, the governments could invest in education to address the shortfalls in their respective markets, or could even work together to facilitate partnership."

5G launches in US without huge impact on flights