The private sector is being urged to cash in on a spate of government incentives to rev up investment, especially productivity and machinery upgrades, in a bid to improve the country's competitiveness once the global economy fully recovers.

Speaking at yesterday's seminar on "Thailand 4.0" held by the Thai-Chinese Chamber of Commerce, Deputy Prime Minister Somkid Jatusripitak said that while the world economy has yet to fully recover, now is the perfect time for the private sector to concentrate on upgrading technology, improving machinery and increasing productivity.

"If investors are well prepared, they will be empowered with a better competitive edge over rival countries like China and Vietnam once the world's economy is fully recovered," said Mr Somkid. "More importantly, as domestic interest rates are relatively low, the private sector should invest its money."

He urged the private sector to invest more in e-commerce to gain greater access to the global market.

"Private investment now accounts for just 20% of the country's GDP, down sharply from 30% in the previous 19-20 years," said Mr Somkid. "That decline of 10 percentage points amounts to 1.3 trillion baht of GDP, which is a large amount." 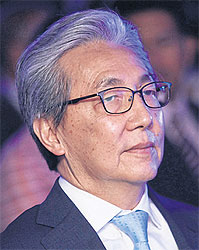 Mr Somkid said the government led by Prime Minister Prayut Chan-o-cha has tried its best to tackle what are deemed obstacles to investment, with many significant laws implemented to enhance transparency.

The government is also committed to investing in many infrastructure projects to enhance Thai competitiveness, attract foreign investment and create connectivity with neighbouring countries.

The EEC will span 26,000 rai of land owned by both the Industrial Estate Authority of Thailand and private industrial estates in Chon Buri, Rayong and Chachoengsao.

Mr Somkid said Thailand has a geographically significant location that could help lift the economy in Southeast Asia, especially for Cambodia, Laos, Myanmar and Vietnam. Those countries could also provide a perfect link to other countries in the region, including China, which is expected to experience an economic recovery soon, he said.

Led by Mr Somkid, a Thai delegation is scheduled to visit China from June 25 to 29 to bolster trade and investment relationships.

Jitti Tangsithpakdi, president of the Thai-Chinese Chamber of Commerce, said yesterday that China would probably be the major investor in Thailand this year, and thus the Thai government should assist Chinese investors in obtaining visas and work permits.

The Board of Investment (BoI) reported the number of investment applications submitted by Chinese investors for BoI privileges in 2015 trailed only Japan, Singapore and Indonesia. Chinese investment in Thailand amounted to 12 billion baht last year.

Chinese investors have voiced their concern over the inconvenient processes needed to obtain visas and work permits for Chinese people working in Thailand, Mr Jitti said.