Surapong Paisitpatanapong, a spokesman for the Federation of Thai Industries' automotive club, said Toyota's voluntary redundancy does not reflect a downturn in the industry, as the number of affected workers is marginal compared with the 60,000-100,000 workers now employed by carmakers in Thailand.

"The expired first-time car buyer scheme's negative impact remains potent and will put continued pressure on Thailand's car market," he said. "But the country's economic fundamentals remain strong and are capable of creating annual car sales of up to 900,000 vehicles based on Thai per capita income of US$6,000 a year." 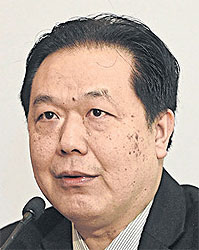 Chanchai: No slack in Mazda's operations

The programme has been offered to contract workers, who account for 40% of the 16,477 employees at the Japanese carmaker's Thai facilities.

Those seeking redundancy are allowed to register for the programme until July 9. They will get compensation in accordance with labour law, plus a 16-day bonus and a 30-day extra payment. The programme takes effect on July 13.

Toyota has pledged to re-employ those workers in their same positions within a year or once the domestic car market improves.

According to a Toyota press release, the company has never had to lay off employees during its more than 50 years of operations in Thailand. The company voiced confidence in Thailand's potential as the automotive hub of Southeast Asia.

Chanchai Trakarnudomsuk, executive vice-president of Mazda Sales (Thailand), said Mazda's production facility -- run by AutoAlliance Thailand (AAT), a joint venture of Mazda and Ford -- has yet to announce a voluntary redundancy programme because the plant is running beyond its full capacity.

At present, AAT has an annual capacity of 135,000 units each for pickup trucks and passenger cars. It employs roughly 7,000 people, of which 25-30% are contract workers.

"Thanks to massive domestic and export demand for both Mazda and Ford, the plant still requires a two-shift production," Mr Chanchai said.

Mr Chanchai said Mazda had its own rough period after the first-car tax break expired in 2012.

"During a downturn period, the plant runs only one shift with a slower production time and AAT workers have less overtime pay," Mr Chanchai said. "The company joined the eco-car scheme in the second phase, introduced a new model and increased exports, putting manufacturing back in a normal situation."

Thanawat Koomsin, president of the Thai Automotive Industry Association, said the automotive market is still reeling from the expiry of the first-car tax break, which had prompted manufacturers to expand production and hire more workers.

According to Mr Thanawat, Thailand's automotive industry has a production capacity of 2.85 million cars a year, but the industry's capacity utilisation is now less than 70% compared with 85% during the scheme.

"Under the current situation, it is a simple way to cut the number of workers, especially contract workers," he said. "Before making any decision to axe workers, each maker has already adjusted operating time as a first stage, because automotive manpower is trained with full skills and it is not a good idea to just let them go."