The board of state-run broadcaster MCOT Plc has suspended president Sivaporn Chomsuwan from day-to-day work pending an investigation into his qualifications amid accusations of conflicts of interest.

His suspension will be effective from Wednesday, when Mr Sivaporn is due to return from leave, MCOT said in a statement on Saturday. The board also appointed director Piset Chiyasak as acting president during Mr Sivaporn's absence.

Mr Sivaporn could not be reached for comment on Saturday.

An informed source at MCOT said Mr Sivaporn is likely to leave the company after returning from 14 days of leave, which began on Aug 24. 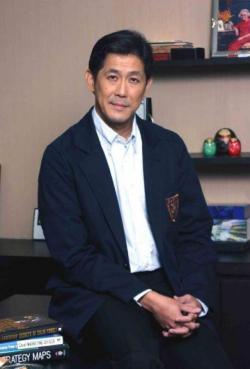 There was speculation Mr Sivaporn took leave because he was expected to resign from MCOT as the board was questioning whether he was qualified to run the media company.

The source said there were conflicts between management and board members, which was expected to end with Mr Sivaporn's removal.

"Some MCOT staff want him to leave as he can't show any progress driving the company to a better future, while some still need him to run the station," said the source.

Another factor, according to the source, is that he is said to have been unable to meet the State Enterprise Policy Office's (SEPO) key performance indicators for steering the company amid intense competition in the TV industry.

Channel 9's TV viewership rating was ranked ninth out of 27 free TV channels, according to Nielsen Co Thailand. The channel is lagging behind other analogue TV giants such as Channel 7 and Channel 3, which have simulcast broadcasting.

Mr Sivaporn, who took office in late 2014, was trying to improve the channel's image to attract a younger generation and add a variety of content.

The MCOT board has not yet said if Mr Sivaporn was wrongly chosen as president, but said it was true that he lacked some qualifications.

The board resolved on Aug 23 that the issue be passed to the SEPO for further investigation in accordance with the State Enterprise Law on candidate selection.