Balance is a word that everybody understands, but not everyone succeeds at applying the concept in life or business. This is not the case with Alexis Nasard, the new CEO of Bata, who has made it his mission to steer the renowned footwear company along a steady and sustainable course. 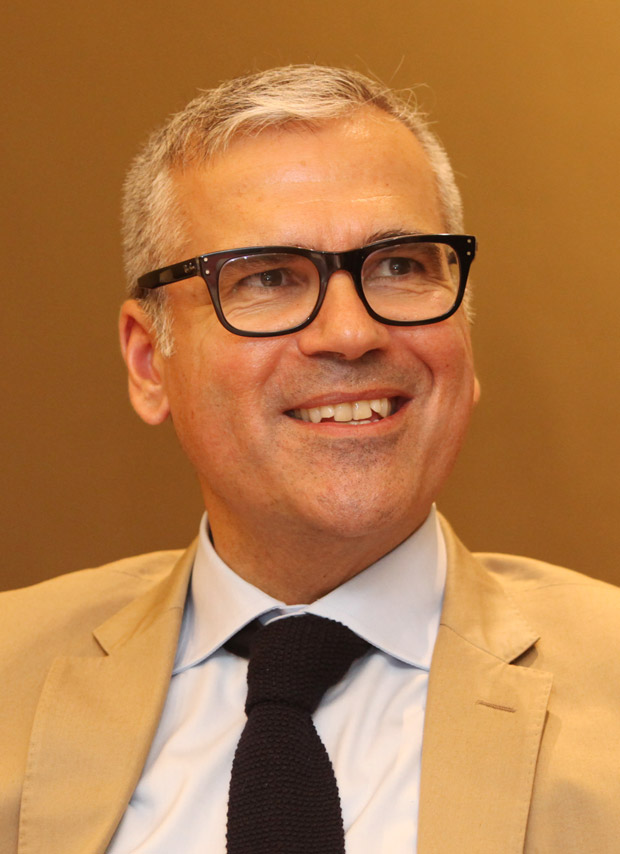 "One fundamental part of our strategy is balanced growth. Any company that is over-indexing in developed or emerging markets is risking its business operation," Mr Nasard told Asia Focus in an exclusive interview.

The European and North American markets, considered developed markets, still represent around 46% of global gross domestic product, meaning that these markets will not disappear overnight even if they have been experiencing an economic slowdown, he said.

On the other hand, emerging markets offer seemingly lucrative growth potential, but they are prone to uncertainties on the political or economic fronts. Businesses that are too dependent on an emerging market are taking too big a risk in his view.

Brazil is a prime example, having experienced great economic success not that long ago thanks to a commodity boom and government stimulus spending. Today, however, is a different story as the Brazilian economy is struggling with high inflation, currency depreciation, falling prices of commodities and political upheaval.

"We are very determined to have a balanced growth profile," said Mr Nasard. "I have actually increased the focus on Europe, which was lost a little bit over the past few years at Bata, and everybody [in the management team] agrees that is the right thing to do.

"Balanced growth is going to be the motto for us going forward, [but] the nature of the growth will not be exactly the same. For example, we might ask for a little more revenue growth than profit growth in Asia, [while] we might ask for more profit growth than revenue growth in Europe. We might also ask for more operating profit in some parts and a bigger gross margin in others."

Bata is no stranger in the footwear industry. Founded in 1894 in what is now the Czech Republic, the Bata Shoe Organization has cemented its reputation as one of the world's leading manufacturers and retailers of quality footwear. Headquartered in Lausanne, Switzerland, it employs more than 30,000 people and has 24 production facilities, 5,200 retail stores and a presence in more than 70 countries.

Although balanced growth remains the core principle, Bata's growth strategy when it comes to the individual parts can be can be more "discriminating", as Mr Nasard puts it.

"Because if it is not discriminating then you are not being 'choiceful', you are just using a one-size-fits-all approach for everybody and that is not a very efficient way to build a business. Your return on investment machine could be stolen in some areas versus others," he said.

"Strategic discrimination", whereby a company focuses its resources for growth in specific locations, is an approach that Mr Nasard intends to apply more closely in Bata's next budget cycle, as he has only been at the helm of the company since April this year.

He referred to his previous experience working with the Dutch brewing company Heineken on breaking down growth of beer sales into sub-divisions, since assessing a country's beer market alone was not sufficient to extract valuable information for resource allocation. 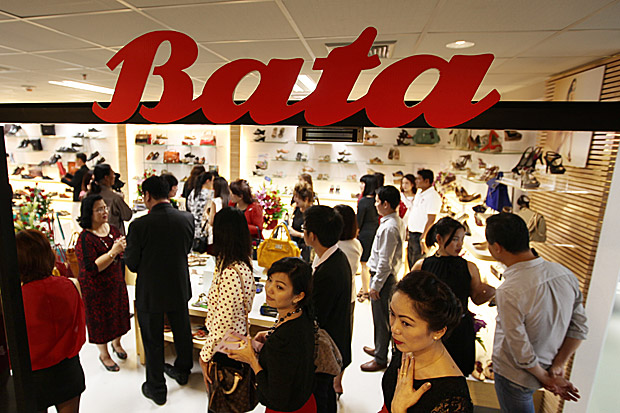 Bata operates 272 stores in Thailand and recently opened an online shop on the Lazada e-commerce portal, offering one-day delivery in Bangkok and three days in the provinces.

"My management style has never changed," the Lebanese executive stressed, saying that "tight-loose-tight" was the best way to describe his approach.

The term reflects the lessons learned in 20 years of experience with consumer goods. In a nutshell, it means being "tight" when it comes to business vision, strategy and results, yet flexible when it comes to allowing managers to run their own operations.

"I respect my management team [and] my executive committee. I did not choose them to be carbon copies of myself so I have to let them lead as they view appropriate," said Mr Nasard.

Mr Nasard only negotiates numbers and strategies with his management team, but everyone gets a chance to voice their opinions. "We include everybody when we start devising the vision and strategy."

It's human nature for agreements and disagreements to arise between meeting sessions, but once an agreement is reached then there is no turning back, he said.

"A strategy that changes every year is not a strategy, it is a promotion," he affirmed.

But when it comes to his style of leadership, the approach is to adapt to the circumstances and work with what he has. As an executive, Mr Nasard concedes that he has to adjust to a particular corporate culture to produce fruitful relations with the people around him. He rarely brings in external personnel unless it is absolutely necessary, opting to work with existing resources instead.

The heavy workload, combined with huge expectations and responsibilities, might prove to be too much to handle for some executives. But Mr Nasard relishes the challenges.

"You know what's funny? I am not prone to stress. I am almost never stressed," he says with a widening smile.

His mindset is in stark contrast with, in his words, that of a taxi driver who has the potential to experience stressful situations on a daily basis through exposure to horrendous traffic jam or difficult passengers.

Mr Nasard pointed out that being disciplined, organised and studious could also be keys to his stress-free mindset.

During his free time, the 50-year-old executive loves reading history, with a special focus on the Middle East and Europe. He also enjoys opera and exercises regularly.

While the Bata name for decades has been synonymous with school shoes and modestly priced, utilitarian footwear, Mr Nasard says footwear innovation has always been at the core of the company's business strategy. Innovation adds value to a product, while amplifying the quality and perceptions toward it.

"Innovation in footwear is a great thing. You know why? Because it enhances the quality of life [since] you are in your shoes all day long, so we find it meaningful to innovate because we really improve people's lives by doing that," he said.

But today's challenge is not really about having access to technology to innovate, but it is rather associated with how to conceptualise and commercialise technology, in his view.

"The first mile, to be honest, is the easy part because technology is increasingly becoming an open system. Once you have the technology, you have to be able to conceptualise it consumer-wise so you position and communicate it in a way that is logical for consumers," he said.

Mr Nasard pointed to Nike's Air lightweight running shoes and L'Oreal's pH neutral hair-care products as examples how of people can associate benefits with those terminologies without having to know much about the details.

However, incorporating technological innovation has to be treated with caution. If a pair of technology-infused shoes looks clumsy or heavy, then that defeats the purpose because "style is always the first door that consumers open", Mr Nasard pointed out.

Bata also aims to serve its consumers with an inspiring shopping experience through the synchronised strategy of bricks-and-mortar and e-commerce in order to create economic value, he said.

As the brand is well-established in Thailand, Bata offers customers the option of online shopping via its shop-in-shop on the e-commerce website Lazada, in addition to 272 stores across the country. Its online store was launched in August this year, with a full assortment and 24-hour customer support. Bata delivers its products directly to customers within one day in Bangkok and three days for upcountry areas.

While observers might see sluggish economic conditions and receding consumer demand as challenges for the Asian footwear industry, Mr Nasard sees the proliferation of competition in the regional footwear business as the first challenge. This is because capital investment and entry barriers are relatively low in this segment.

"It is not extremely complicated to set up a shoe company when you outsource your products. You open up a shop somewhere, start selling, give yourself a name and that's it. It is not like other industries where it is [more] difficult," he said.

Clearly, the footwear industry cannot be compared to rocket science or nuclear enrichment, meaning that it is not difficult for an entrepreneur to get started in the business.

Skilled personnel are required to a certain degree, but Mr Nasard says the skills development process can be learned.

The increasing encroachment into the footwear industry of brands that historically specialised in apparel is a significant challenge for existing footwear corporations, he said, citing H&M and Zara as examples of brands widening the competitive playing field in footwear.

An ageing population in some Asian countries is another looming challenge as people who are over 40 years old consume less than those who are younger, he said.

Although an ageing population in Asia poses a concern for Bata, there are other ways to grow, given the continent's growing middle class and rising population, not to mention how Asian economies still have room to develop further, said Mr Nasard.

"Very enterprising cultures, hard-working [and] disciplined people. It is a great place to do business," he concluded.

Married to a Swiss pharmacist, with two boys aged 13 and 15