A Thai research team has successfully produced ethanol from water hyacinth. Now it needs to find the technology to turn the result into a viable business

More than 55,000 tonnes of water hyacinth seen from above the Chao Phraya dam in Chai Nat province. Long clogging the nation's waterways, the aquatic plant may turn out to be a blessing in disguise for the biofuel industry.CHUDET SIHAWONG

A Thai researcher has succeeded in producing ethanol from water hyacinth and is aiming to develop the technology needed to commercialise the fuel.

The discovery is one day expected to cut the production costs of biofuel and help reduce huge imports of crude oil, of which Thailand is a net importer.

Asst Prof Jirasak Kongkiattikajorn has been at the helm of this project since 2011, when global oil prices were surging towards US$100 a barrel.

By the time oil prices spiralled to their peak, Thailand had strongly promoted the use of ethanol and biofuel produced from sugar cane, cassava and palm oil as new renewable energy choices.

Rising demand for biofuel, however, created another problem: producers began competing to seize a larger share of the crops needed for their product.

The sudden shortfalls in crops has at times led to rising food prices as well as food smuggling.

"That's why my team and I thought about producing ethanol from something that no one wants. And then the idea of using water hyacinths came to me," said Asst Prof Jirasak, referring to the aquatic weed that is normally found and removed from waterways, canals and rivers across the country.

The plant grows so prolifically, in fact, that millions of tonnes are dredged up every year to keep them from disrupting water systems.

Water hyacinth, which is native to the Amazon basin, is often considered a highly problematic invasive species outside of its native range.

It is known in Thai as phak tob java, or Java veggie, and was brought into Thailand for the first time in 1901, when Thailand's King Rama V visited Java and found that most of the royal consorts and ladies in waiting at the Java palace had adorned themselves with the flowers of water hyacinths. Having found the flowers to be beautiful, the royal family had the plants brought back to Thailand.

But due to their fast rate of proliferation and their tendency to clog up waterways, the once exotic flower quickly became an unwanted weed.

"If we can produce ethanol from such an unwanted plant, it means we don't have to pay anything for it, apart from the technology used in processing the fuel. We can completely eliminate raw material costs," said Asst Prof Jirasak.

Sponsored by the National Research Council of Thailand, Asst Prof Jirasak worked with his team at King Mongkut's University of Technology Thonburi, seeking a way to turn the plant into ethanol.

"The principle of producing ethanol is to transform carbohydrates into monosaccharide before adding a specific yeast that further changes monosaccharide into a bioalcohol or ethanol," he said.

But water hyacinths, which are primarily comprised of fibre, are lacking in carbohydrates.

"So our task is to turn the fibre from water hyacinths into carbohydrates, which requires complicated processes and advanced technology," said Asst Prof Jirasak.

He said to produce ethanol from the fresh water weed, the plant needed to be chopped, ground and dried to turn the fibrous material into powder.

Then, an acid is added which turns that powder into a monosaccharide, after which yeast is used to help transform the monosaccharide into bioalcohol.

"The last step is to distil the bioalcohol so that it becomes pure ethanol which is ready to be blended with benzene and sold to motorists," said Asst Prof Jirasak.

Since the water weed contains very few carbohydrates, the study found that 1,000 kilogrammes of the weed are needed to produces 25 litres of ethanol, which makes it difficult to obtain economies of scale at this point.

Up to 50 litres of ethanol, by contrast, can be generated from 1,000kg cassava or molasses.

Another factor is the advanced technology needed to produce weed-based ethanol. The prohibitive costs implicit in that have, to this point, made biofuel from water hyacinths uncompetitive.

"We need to work further to cut production costs and make it worth investing in before, I hope, eventually commercialising it over the next several years," he said.

Asst Prof Jirasak said technology itself is not the major stumbling block, as he is confident that the methods needed to develop the fuel effectively will be forthcoming.

"The major problem is the energy-consuming behaviour of people, who have a tendency to overlook means of saving energy when global oil prices are cheap," he said. 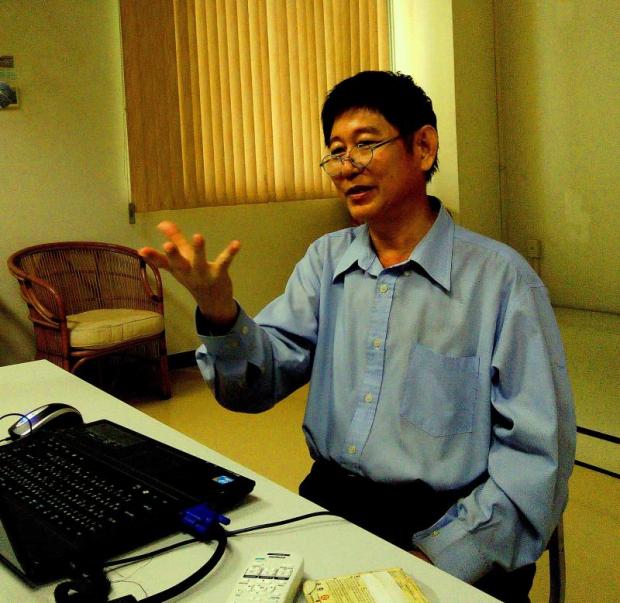