Aranyaprathet train station in Sa Kaeo province is the gateway for Cambodian people to go back to their country. (Bangkok Post file photo)

The Revenue Department has voiced concerns that the government's planned establishment of border trade towns could be used as a loophole for tax evasion, an informed source at the Finance Ministry says. 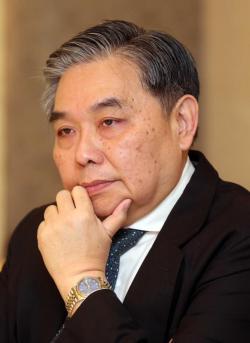 Apisak: Towns in provinces with SEZs

The smuggling of products from border trade towns to be sold outside the areas is another worry, the source said.

The border trade towns are aimed at boosting cross-border transactions.

At the moment, the markets in Cambodia, Laos, Myanmar and Vietnam have become large trading destinations for Thailand, accounting for 10.4% of the country's total exports -- comparable to big markets like China and the US.

In a bid to prevent the smuggling of products from border trade towns to non-border trade towns, the Fiscal Policy Office (FPO) is conducting a study and seeking measures, including a limit on purchase quantities, value per person or the number of monthly visits to such areas.

Electronic payments will also be adopted as the sole payment channel in border trade towns to allow the tax-collecting agency to learn more about ongoing transactions.

The source said that the Revenue Department has already sent a letter to the FPO to show its concern about the tax loophole.

If only foreigners are allowed to purchase duty-free products in border trade towns, it will be able to close the loophole, but trade in the areas might not be so active, the source said.

The source floated the idea that the government might allow Thais to buy products in border trade towns for a certain period of time, such as the first three months after launch, to boost trading activities in the initial stage.