BoT braced for US impact
Business

BoT braced for US impact

The Bank of Thailand says it will work to maintain stability in the Thai financial market, which is expected to face increasing volatility prompted by the new US president's policies. 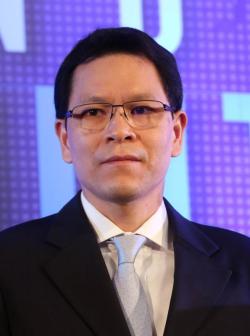 "Tonight there'll be a major shift in the world, as we are going to have a new US president who announced economic policies that are different from any policy we're familiar with, which may cause a short-term fluctuation in the market," said Bank of Thailand governor Veerathai Santiprabhob.

The global financial market already experienced a wild ride after the presidential election last November, he said, adding that the fluctuations caused a firmer US dollar after Donald Trump's victory before a soft reversal in recent weeks.

"We have always been alert and have succeeded in preventing any excessive fluctuations and maintaining stability in the country's financial market and we will keep doing so," he said.

He reiterated that people or businesses with exposure to foreign exchange should prepare and hedge against currency risks.

Mr Trump's policies, which will become clearer after the new administration enacts them, could affect the Thai economy in both positive and negative ways.

"If these stimulus measures that were announced earlier enable the US economy to grow stronger and faster, it will also benefit Thailand because we're a US trade partner," Mr Veerathai said.

On the other hand, Mr Trump's protectionist stance towards trade and the possible renegotiation of trade deals could affect Thailand, since the country and its trade partners are open economies.

The effect of these policies on Thai economic growth will require additional assessment.

Detailed information is needed on US trade policy, such as which goods will be protected and which measures will be temporary or permanent.

Mr Veerathai said a higher US budget deficit caused by stimulus measures through government spending and the lowering of income taxes will mean higher demand for loans in the market and, in turn, increase the yield of long term bonds faster than expected.

"The higher yield of long term bonds in the US will also spike long term yields in global markets, including Thailand," Mr Veerathai said.

He also hastened to soothe nervousness over a series bills of exchange (B/E) defaults, saying most B/E issuers have sound business fundamentals and healthy financial positions.

"However, we [the central bank] advise people not to panic since the defaulted B/Es were held by a limited group of investors, and were not in the hands of retail investors or the general public," Mr Veerathai said.

Meanwhile, Upama Jaihong, director of the PDMO's Bond Market Development Bureau, said the yield of the 10-year bond in the Thai bond market has surged by 65 basis points since the US presidential election, in line with regional trends.

Given the wild swings in the bond market, investors have shifted to short-term notes from long-term ones, she said, leading to a short-term yield spike.

However, the government is resilient against the upward interest trend, as only 10% of its debt carries floating interest rates and most of that has been hedged, Ms Upama said.