Asean is celebrating its 50th anniversary this year, under the ambitious theme of engaging with the world. Yet the current world might not be an easy place for Asean to engage with. The liberal world order, in which Asean and other multilateral cooperation forums are rooted, might be entering its twilight. Longtime cheerleaders for the globalised economy, an open society and multilateralism, among them the United States and Great Britain, surprisingly have turned more nationalistic, isolationist and protective.

Surin Pitsuwan, a former secretary-general of the Association of Southeast Asian Nations and a former Thai minister of foreign affairs, sees the golden anniversary coming at a highly challenging time.

"The world is a different place now, and Asean has to rise to the challenge. Asean will have to make some adjustments," he said in address to mark the start of the Asean Special Lecture Series at the Ministry of Foreign Affairs on Jan 27.

The future of multilateralism has been cast into doubt recently. US President Donald Trump last month pulled his country out of the TPP, an economic bloc comprising 12 Pacific Rim nations. The pact was considered one of the signature achievements of former president Barack Obama, known as a champion of open society and international cooperation.

Another blow to multilateralism was the Brexit vote, and as Britain prepares to negotiate its exit from the European Union, nationalists in other countries including France and the Netherlands are making political capital of the uncertainty.

"For that reason, Asean needs to reflect. Is bilateral going to be the new way forward?"

He proposes that Asean become more integrated, not fragmented, in order to resist being a pawn in a divide-and-rule scenario. "We need more Asia with our small Southeast Asian community. ... I want to submit to you that South Asia will have to join the club" through the Regional Comprehensive Economic Partnership (RCEP), he said.

With the TPP on life support, the RCEP has gained fresh momentum,, although it is nearly two years behind schedule. It is being negotiated between the 10 Asean governments and six partners: Australia, China, India, Japan, New Zealand and South Korea

"If we could somehow construct that larger architecture of cooperation for the region, connect with others [through] goods flows, services, capital flows, people flows -- this is gong to be the landscape that the founders of Asean aspired for it to become," said Dr Surin.

Multilateralism, he pointed out, has been kind to Asean. As a regional bloc, Asean has a gross domestic product of US$2.5 trillion, making it the seventh largest economy in the world. That figure is forecast to expand by anywhere between $280 billion and $625 billion by 2030.

Much will depend on the success of the Asean Economic Community (AEC) in easing cross-border trade and enabling free movement of labour in a region of 630 million people. Market integration could generate 14 million additional jobs by 2025 and boost economic growth to 7%, according to a report issued in 2014, the year before the AEC was formed, by the Asian Development Bank and the International Labour Organization.

"There is a lot of work to do across Asean because our goal is first to be one market, second to be competitive, third to be equitable and we have a problem there. Our economy is not equitable ... when Singapore has income per capita of $54,000 a year and Laos, Myanmar and Cambodia together on average have less than $2,000 a year."

Despite glowing economic forecasts for Asean, Dr Surin says member countries should be doing even more trade and investment with each other.

"Asean has to invest in each other more. With $2.6 trillion in trade, we trade with each other only 25% of that amount, the 75% collectively we trade with the world, with our dialogue partners, with our trade partners. This cannot be a community, certainly not an economic community," he said.

"We have to encourage our SMEs to cross borders, welcome SMEs from outside into our landscape, welcome Asean companies and foreign companies."

The Asean Way: Asean is organised around the Treaty of Amity and Cooperation (TAC), which requires member states to observe "mutual respect for the independence, sovereignty, equality, territorial integrity and national identity of all nations; the right of every state to lead its national existence free from external interference, subversion or coercion; non-interference in the internal affairs of one another".

However, extreme devotion to non-interference has had its downside. Asean has been criticised for failing to reach a consensus or show a unified stance on security and rights violations, such as the 9/11 attacks in 2001, the South China Sea disputes, and recently the abuses committed against the Rohingya in Myanmar. Dr Surin believes it's time for a change. 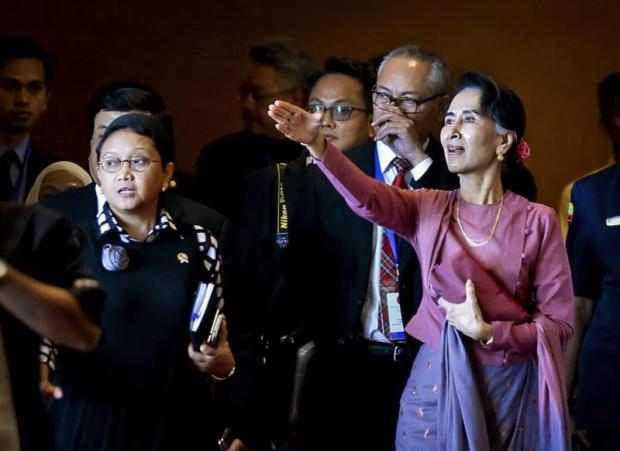 "Integration makes this non-interference principle less sacrosanct or less useful," he said. "Things that used to be absolutely internal affairs tomorrow will spill over into our neighbours. And don't [neighbouring countries] have any right to say anything?"

While some critics lambaste Asean for using non-interference as an excuse to do nothing, others offer a more positive perspective.

"Asean is like a rubber brand. It has elasticity to adjust to various circumstances. Non-interference gives leeway for each minister in the bloc to help in tackling issues," says Kavi Chongkittavorn, a veteran newspaper columnist and senior fellow at the Institute of Security and International Studies (ISIS), a 35-year-old research institute at Chulalongkorn University.

"You will see the Asean ministers working like a team. One minister will tackle this issue. Another will help work on another front and that somehow helps Asean avoid confrontation. This regional bloc is not rigid. It is highly flexible, and that makes this regional bloc able to handle situations."

Former US president Barack Obama was dubbed the first Pacific president of his country. Having spent part of his life in Indonesia, he never hid his affection for Asia. His "pivot" to Asia was an ambitious plan to recalibrate the economic and security relationships of America with the region.

With the stroke of a pen, Donald Trump undid a key element of the Obama doctrine when he pulled the US out of the Trans-Pacific Partnership. The billionaire property developer has yet to make any public mention of Asean, though his company has luxury hotels in Jakarta and Bali. Indeed, Trump reportedly once planned to build an upscale building at the Ratchaprasong intersection in Bangkok but the plan never got off the ground.

But Asean has long been strategically important for the US. Indeed, the origin of the bloc was intertwined with the attempt to create a bulwark against Communism during the Cold War. The US has placed navy bases in the region to counter China, which projecting its power throughout the entire South China Sea. However, Asean is no longer just a part of US geopolitical strategy. Its role as a trade partner has grown from strength to strength.

According to the US-Asean Business Council, Asean is the fifth-largest trading partner and fourth-largest export market for the United States with two-way trade reaching US$200 billion in 2012. US direct investment in Asean totals $157 billion, and is the largest in Asia, nearly three times more than in China and 10 times more than in India.

With a value of $75.5 billion in 2012, exports to Asean created or supported 472,000 jobs in the US, according to figures from the US Department of Commerce.