Eyes on Kansai for EEC inspiration

Cranes work at Laem Chabang port in Chon Buri, one of three provinces in the EEC development project. APICHART JINAKUL

Japan's Kansai national strategic special zone has come under the spotlight after the cabinet last Tuesday acknowledged a proposal by the National Economic and Social Development Board (NESDB) to apply Japan's special economic zone as a role model in developing the ambitious Eastern Economic Corridor (EEC).

Thailand's planned EEC, running through Chon Buri, Rayong and Chachoengsao has been designated for development as a high-tech industry cluster, with an eye towards becoming Asean's leading economic zone for industrial, infrastructure and urban development.

The project is meant to accommodate 10 targeted industries to be promoted as clusters by the government. Those industries are next-generation cars; smart electronics; affluent, medical and wellness tourism; agriculture and biotechnology; food; robotics for industry; logistics and aviation; biofuels and biochemicals; digital; and medical services.

The corridor will also rely on developments in transport infrastructure. The EEC is set to become an Asean water transport hub, linking the Dawei deep-sea port in Myanmar with Sihanoukville in Cambodia and Vung Tau port in Vietnam.

Investors in the EEC will receive privileges, including land leases for 50 years and extensions of 49 years, visa-free grants for the import of skilled labour or executives, and special tax perks.

The corridor is estimated to help generate new investment value of up to 1.5 trillion baht within five years, from both the government and the private sector.

The law governing the development of the EEC is set to be enforced during the middle of this year.

According to Kobsak Phutrakul, assistant minister to the Prime Minister's Office, Kansai is not only a hub for industry, academia and research but also blessed with countless cultural treasures, a rich natural environment and delicious cuisine, all of which Thailand's EEC aims toward with the development of both industry and tourism in the area.

With a population exceeding 20 million and an economy of US$800 billion, the Kansai region plays a leading role in western Japan. Osaka is the centre of the region, a vast metropolitan area second only to Tokyo in scale.

Kansai was one of six areas designated on May 2014 by the Abe administration as Japan's national strategic special zones equipped with business-friendly conditions promoting bold deregulations and offering high standards of business and living environment.

The initiative is one of the key policies of the "Japan Revitalisation Strategy -- Japan is Back," aimed at enhancing the international competitiveness of Japan by breaking traditional "bedrock regulations."

Trading centres and key infrastructure including road, rail, and water transportation have been fully developed.

Mr Kobsak said the state planning unit NESDB also suggested the government establish a policy committee to handle amending existing laws that impede the EEC's development, as well as a subcommittee on each area of industry with representatives from the central government, local provincial organisations and the private sector.

So far, the government has established the national policy committee on EEC, and the EEC office.

The NESDB also proposed the government support R&D investment of the private sector and educational institutes, possibly with tax incentives offered as well as the recruitment of foreign researchers to work in the EEC.

"EEC shares almost the same development with Kansai Strategic Special Zone, be it specific laws that govern the special zone, targeted industries, infrastructure development, innovation and technological development, with the government's support in investment privileges," said Mr Kobsak. "We expects a successful Kansai model will develop the EEC faster and bring about its success." 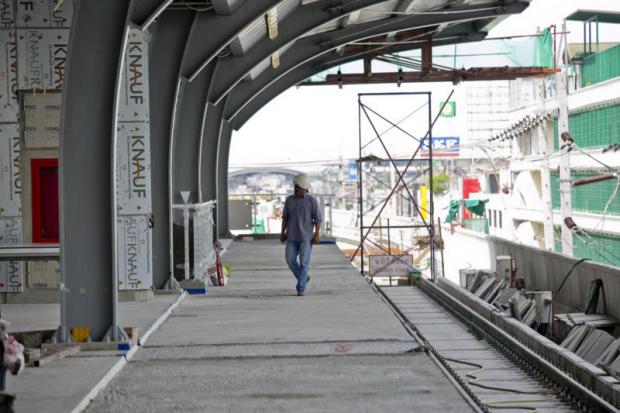 A mass transit project under construction. The government has pledged to speed up infrastructure projects to advance the EEC. KRIT PROMSAKA NA SAKOLNAKORN