A sign at PTT's headquarters on Vibhavadi Rangsit Road. PTT is keen to buy a 49% stake from Petronas in an upstream Sarawak gas field. WICHAN CHAROENKIATPAKUL

PTT president and chief executive Tevin Vongvanich said yesterday that the group is ready to consider the deal once Petronas confirms its intentions to sell a 49% stake in SK316, an offshore gas block in Malaysia's Sarawak state.

"There are only reports but no official confirmation by Petronas itself," Mr Tevin said. "No one has come to pitch us this deal. We cannot deny that we are really interested in this project, since upstream is one of our core businesses and our goals require us to look for new upstream resources, especially in Asia-Pacific."

People familiar with the matter said in an earlier report that Petronas was aiming to sell a large minority stake in a prized upstream local gas project for up to US$1 billion as it seeks to raise cash and cut development costs in order to cope with financial troubles resulting from the deep plunge of oil prices over the past two years.

The sources also said that Petronas is now working with investment banks on the SK316 gas block sale and kicked off the process this month.

Petronas did not respond to a request for comment.

Mr Tevin said that if the sale occurs, subsidiary PTT Exploration and Production (PTTEP) will enter talks for the deal.

PTT has nearly finalised a long-term liquefied natural gas (LNG) purchase contract with Petronas for about 1.2 million tonnes per year, and the gas sales agreement is expected to be signed after Malaysia's attorney general approves the contract.

Last year, PTTEP was awarded a licence to explore for oil and gas in SK410B in Malaysia.

PTTEP and PTT are jointly conducting a feasibility study on LNG liquidation in Mozambique's Rovuma A1 offshore gas block and LNG trading business.

PTTEP acquired 8.2% of Rovuma A1 in 2012, and the consortium for Rovuma A1 is considering whether the block is viable for investment in commercial production.

Mr Tevin said the consortium is scheduled to come to a final decision this year.

If the consortium decides to go ahead with the Rovuma investment, PTT and PTTEP will conduct a feasibility study on the potential of investing in a liquefaction plant to transform gas pumped from Rovuma A1 into LNG.

"If it is viable for commercial operation, the Mozambique block will be able to produce at least 2 million tonnes of LNG a year," Mr Tevin said.

In a related development, PTT has allocated a provisional budget to invest 199 billion baht from a five-year capital expenditure (capex) in order to finance its LNG supply chain and to finance its subsidiary, PTT Oil and Retail Business (PTTOR).

Mr Tevin said the investment budget has two categories: one is the normal budget under a five-year business plan, and the other is the provisional budget set for projects that the company has not performed feasibility studies on yet.

He said the 199-billion-baht provisional capex is likely to be use in the new spin-off business, PTTOR, which may require initial financial support.

"The retail business, PTTOR, has just been spun off at the end of last year, and we have planned to list it on the stock market this year," Mr Tevin said. "During its first year we may have to use this budget to support it."

PTT is now working on transferring its retail oil assets and facilities to PTTOR.

Another potential investment project is electricity, Mr Tevin said, as the company is now studying facilities for electricity businesses, which would include energy storage technology, electrical vehicles and smart grid power distribution.

The company is now searching for new opportunities to invest in startups in the US.

If and when it finds viable ones, PTT will use the provisional capex for those projects as well.

PTT shares closed yesterday on the Stock Exchange of Thailand at 402 baht, up five baht, in trade worth 2.26 billion baht. 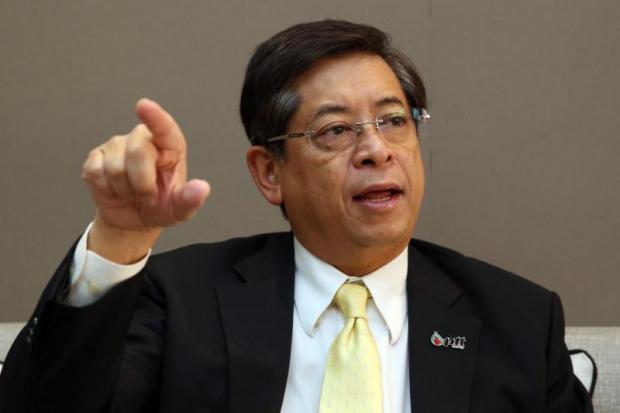 Tevin: No deal pitched despite interest