Meeting the food security challenges of the future will require more commitment to research, major changes in cultivation techniques and more productive seeds

Historically seen as the lifeblood of economic prosperity, agriculture is at a crossroads as soaring global demand for food exposes the limitations of traditional farming. However, advances in technology, production techniques and farming know-how are starting to bear fruit in the drive for food security.

Demand for agricultural products is rising rapidly given the increasing world population and higher meat consumption per capita as societies become more affluent. The Food and Agriculture Organization of the United Nations estimates that the world population will increase by 35-40% to 9.7 billion people in 2050. Globally, meat consumption per capita is estimated to increase by 12% annually. 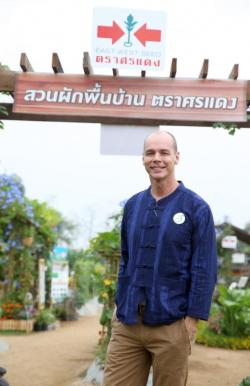 Given this projected growth, demand for agricultural products will climb significantly, considering that one kilogramme of meat requires 2-7kg of farm products as feed. A case in point is China, which has switched from being an exporter of grains to importing 40% of its domestic grain requirements in 2015.

"With the world population predicted to grow by 40% between now and 2050 and 80% of that growth expected to come from Asia and Africa, helping smallholder farmers who account for 80% of local food production to increase their productivity and income is an absolute necessity [in terms of] food security, nutrition and health," Bert van der Feltz, president of East-West Seed ROH Limited, told Asia Focus.

Research and technology (R&D) can help mitigate challenges facing the agricultural sector, such as an ageing population and increasingly erratic weather, but sufficient R&D investment must be made in order to generate fruitful outcomes, he said.

"Only with changes in cultivation techniques and more productive seeds can we solve the challenge of food production to meet rising demand in consumption," said Mr van der Feltz.

Founded in 1982 in the Philippines, East-West Seed is one of the 10 largest vegetable seed companies in the world, with operations in major Southeast Asian countries including Thailand. In 2016, the company ranked first on the Access to Seeds Global Index for Vegetable Seed Companies and on the Regional Index for Eastern Africa.

The company invests between 11% and 15% of its annual turnover in research and technology development. East-West Seed's research combines conventional breeding techniques with new technologies, such as the use of molecular markers and tissue culture, to help breeders develop and select seeds with the best characteristics.

Hatthaya Arunnothayanan, molecular genetics laboratory manager at Hortigenetics Research (Southeast Asia) Limited in Chiang Mai, said the marker-assisted selection process is used in genetic purity assessment and trait genotyping of seeds to assist the selection of plants in a breeding programme. To help identify specific genes, scientists use molecular or genetic markers to improve the efficiency and precision of plant breeding.

Applying biotechnology has shortened the seed development time to between three and four years from seven to eight years earlier, said Dr Hatthaya. In addition, it ensures pure-line seeds for plant cultivation and prevents seed-borne diseases.

Similarly, DNA molecular selection technology is being used by Singapore's Temasek Life Sciences Laboratory to zero in on desired traits and breed new, improved crops. One of its flagship innovations is Temasek Rice, which took eight years to develop. It is a resilient breed capable of withstanding extreme weather conditions and producing higher yields.

Despite an increasing shift toward the industrial and services sectors, Thailand, as a major agricultural producer in Southeast Asia, should not overlook developing its agricultural industry as it can be a foundation for more economic growth, said Mr van der Feltz, noting how the Netherlands has successfully built its farm sector into a hugely profitable industry.

Trailing only the United States, the Netherlands is the world's second largest exporter of agricultural products. Besides fertile soil and well-developed infrastructure, the European nation owes much of its success to R&D, with five of the top 26 global agri-food companies having their R&D facilities located in the Netherlands, and Wageningen University standing out as a top institution for agricultural studies. 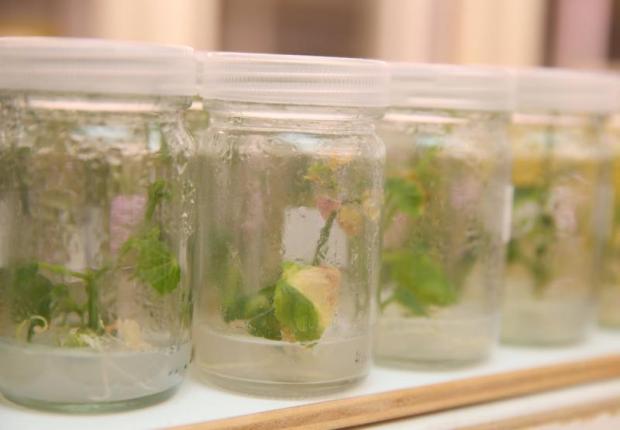 Rural e-commerce platforms such as Alibaba's Taobao Village, which connects farmers to consumers across China and promotes farm development through cloud computing, big data and rural finance, could become the blueprint for similar developments in other Asian markets.

While agriculture will continue to be an important part of Asean economies as they strive to achieve food and nutrition security for their populations, technology is an essential tool to open up new prospects, according to Maureen Mecozzi, head of communications and information of the World Vegetable Center.

"While field production may become more mechanised and consolidated, and thus require less labour, the need for people to work in value addition -- in making and marketing new food products -- will likely rise," she said.

Urban production of vegetable crops can also provide jobs for city dwellers. There is a lot of opportunity for entrepreneurs interested in serving particular market niches -- for instance, producing high-quality, safe vegetables for hotels and hospitals, she said.

Indoor vegetable farming is a recent phenomenon that has become especially popular in Japan, with an estimated 210 factories operating in 2016 versus 34 in 2009. Overall, the country accounts for 41% of Asia's plant factories. Its roots are spreading, with Panasonic running a plant factory in Singapore and Tanabe, an auto component manufacturer, producing leaf lettuce and other vegetables in Vietnam.

Upon zooming over an oil palm plantation, it generates data including aerial maps and three-dimension land contour models. This data is fed through an artificial intelligence system, which generates a report on tree health and land optimisation. Given all these features, farmers can allocate fertiliser and other resources to areas that need the most care, reducing cost and waste.

Having a strong network of farmers' associations also help a great deal, as Taiwan has shown, said Ms Mecozzi. "There are more than 300 of these associations across the island. Farmers join together to purchase inputs, rent machinery and set up packing and processing facilities. They are especially good at marketing and branding products from specific areas."

Thailand also has potential to boost crop yields and agricultural export value using agricultural technology, according to the Economic Intelligence Center (EIC) of Siam Commercial Bank. It recommends systematic development in terms of encouraging farmers to both increase yield per rai and match crop requirements with land conditions.

While the rising share of agricultural R&D spending in Asia is being driven largely by investment from China and India, other countries have a lot of catching up to do. A lack of R&D highlights an underlying problem, especially when natural resources are becoming scarce and population growth is moving in the opposite direction.

Thailand is a case in point. Lower rates of technology adoption in the Thai agricultural sector have kept yields per rai low. The average corn yield in Thailand is 644 kilogrammes per rai compared with 1,691 in the US, where farmers embrace more agricultural technology, according to the EIC.

The R&D budget allocated to the Thai rice industry, the country's most important crop, is 15 times less than that of Vietnam, a major competitor.

"One of the reasons Thailand's farmers shy away from agricultural technology is that most agricultural plots are small-scale, making more advanced technology not worth the investment," said the EIC. "The government should support farmers in merging their lands into large-scale farms, such as getting rid of paddy-field ridges and farming together in bigger rice plots."

Mr van der Feltz concurs that there is "insufficient" R&D in Thailand's agricultural industry, though it is perceived that the country's agricultural R&D is fairly good compared with other Asean countries.

"But we have to accept that the majority of Thai farmers who are old will find it difficult to adjust to new technological production. I think we will have to proceed gradually in this area," he said.

There is also the issue of disparity in technological transfer between large agricultural conglomerates and small-sized farm producers, with the latter far behind in terms of R&D and innovation, said former natural resources and environment minister Praphat Panyachartrak, who operates the Petch Lanna Farm in Lampang province.

Other challenges include the greying population, which is reducing labour availability in the farming sector. Meanwhile, climate change increasingly threatens cultivation, as seen in the devastating effects of drought in recent years.

In the case of Thailand, attitudes toward farming are also a persistent challenge. University graduates prefer careers in fields such as information technology, finance or the medical sector as opposed to being employed in agriculture, possibly because of social stereotyping, said Mr van der Feltz.

The threat of climate change, which is happening mainly in the tropical regions, is looming large over agricultural production in Asia. One study estimates that the yield potential in China for major crops -- rice, wheat and maize -- could fall by 15-25% from the 2000 baseline by 2050, according to a Rabobank economic report.

Yields are expected to decline in tropical regions such as South and Southeast Asia through at least 2100. According to one estimate, relative to 1990, rice yields in Southeast Asia are projected to fall some 50% by 2100, said the report, noting that climate factors would accentuate the already declining growth in cereal production.

"Agricultural pests adapt as the climate changes, in some cases expanding their ranges, or increasing the number of populations they produce in a season or year," said Ms Mecozzi. "Climate change also alters how crop diseases spread or persist. It is important to monitor these adaptations so they can be addressed promptly with improved crop varieties and production methods."