Instead of retiring, 60-year-old Charnchai Kultavarakorn has returned to the securities brokerage industry with an eye towards using tech to disrupt established firms.

Mr Charnchai is the founder and major shareholder of ASL Securities, the country's first online-focused stockbroker.

Grey hair, in the age of digital disruption, is always perceived as naive about technology by the millennial generation. But age is not an obstacle for Charnchai Kultavarakorn, the 60-year-old major shareholder and founder of ASL Securities, the country's first online-focused stockbroker that is shaking up dominant players in the industry.

Mr Charnchai has extensive experience in the securities trading business, having passed through several boom-and-bust cycles of the Thai stock market. He started his career as a broker more than 30 years ago, when the stock market used a trading floor; it later evolved to electronic trading in 1991 and finally online trading.

"Age doesn't matter," he says. "We can learn new trading technology and adopt it to suit the new generation's needs. I hope to get the chance to expand internet trading transactions to be in line with the global trend." 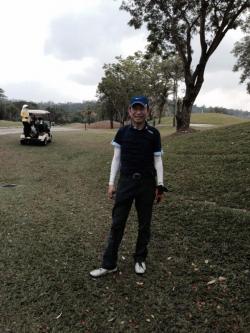 Playing golf at the weekend is a way for Mr Charnchai to relax and recharge his energy.

In each trading era, there have been different operating platforms.

During his early days, brokerage houses had to hire big, tall traders to shout and use hand signals on the busy floor of the stock exchange, Mr Charnchai recalls. Eventually computers were used to automatically match trading orders, replacing floor brokers. Brokers were based in each company's trading room, rather than a bourse's trading floor.

Cut-throat price competition among brokerages emerged during the electronic trading era, which was a golden age for brokers and traders, some of whom some received as much as a 40-month bonus.

Now the smartphone boom is changing the way securities brokerages do business again. Investors with smartphones or tablets can bypass marketing officers and trade online directly.

The technology allows them to trade stocks worldwide, without borders.

"The previous era involved paper-based trading, so a lot of trading documents were kept and back office operations were busy, Mr Charnchai says. Back-office tasks became easier as the electronic era began, as some trading was scripless.

"Now all processes are done electronically and most of them are scripless, meaning fewer employees and office space are required," he says. "The operating cost is lower, but we have to prepare the trading platform and investment data."

With the changing landscape, brokerage houses that apply business models which are adaptable to the new environment will be the ones to survive, he says. 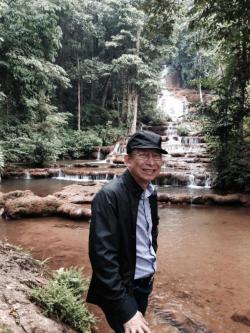 Mr Charnchai was once at the top rung of the executive ladder and held a minor stake in Adkinson Securities, now called Country Group Securities, before selling his shares more than a decade ago because of conflicts with the company's major shareholder.

His family acquired HSBC Securities in 2004 and renamed it TSEC Securities, which he later sold to Krungthai Bank (KTB).

After leaving the brokerage industry, he started up Venture Cap Co Ltd, which has been providing financial advice and project investment for more than 10 years. He also invested in several companies, including SPCG Plc, which is engaged in installation of solar roof panels and production and distribution of electricity from solar energy.

Despite being near the traditional retirement age of 60, Mr Charnchai staged a surprise comeback in the securities industry by making a bold move in seeking new licences from the Securities and Exchange Commission instead of acquiring existing licences from other brokerages. He set up ASL Securities in 2015 and positioned the firm as the first online-focused broker.

He stayed unorthodox by locating ASL's headquarters outside the central business district, unlike peers whose head offices are all located in the CBD. Staying outside that zone would also help cut down on operating expenses.

"I decided to set up our head office on Nuanchan Road in Bangkok's Bung Kum district with fewer than 50 employees, including marketing staff and researchers," Mr Charnchai says.

With a leaner staff and cheaper rental costs than traditional brokers, ASL, which averages trading turnover of 500-800 million baht a day, has already made its first profit after starting operations only 14 months ago.

Mr Charnchai estimates that 70-80% of clients trade online and the rest through conventional channels. 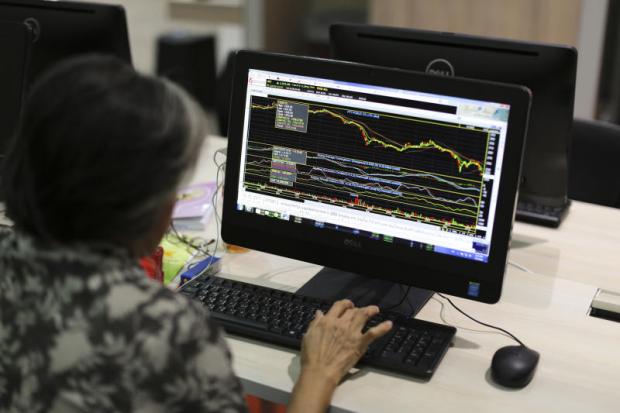 Technology enables investors to monitor and trade stocks from anywhere in the world.

"I've been in the securities business for over 30 years, and I think this may be the first time when retail investors have the opportunity to pay the lowest fee, just like the big players," Mr Charnchai says. "At ASL, regardless of whether you are a retail investor or have a high net worth, you can receive the same information, data and analysis in real time."

The company's strategy is to provide customers with real-time trading data, information and analysis.

It's difficult for novices in the brokerage business to compete with existing players if they use traditional strategies to compete, Mr Charnchai says. Traditional brokers would lose money amid the intense competition and price-cutting.

With ASL's trading commission fee of 0.08% of transaction value, well below the usual 0.15% internet trading fee or 0.15-0.17% retail trading fee charged by established brokers, the company prompted concerns by the old guard that investors would flock to such online brokers. 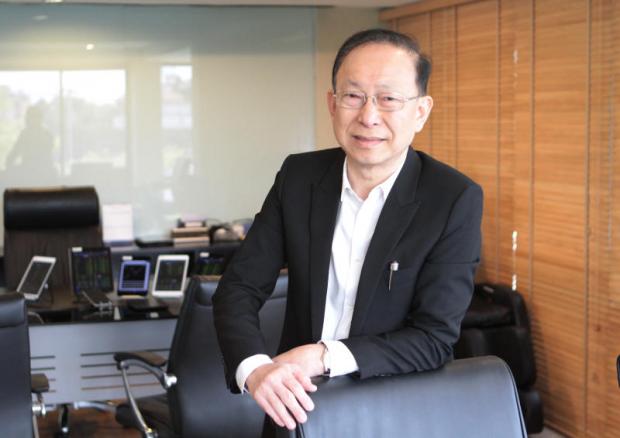 He's 60, but retirement is not on the horizon for a while yet for Mr Charnchai.

In fact, ASL was initially refused membership to the Association of Securities Companies, a crucial step to gaining a brokerage seat as required by the Stock Exchange of Thailand; but it eventually won approval after persuading the association that the company's business platform was different from that of traditional brokers and that it didn't plan to headhunt marketing staff.

"When retail investors learned that ASL's trading fee is almost half the typical fee, they started to trade with us online," Mr Charnchai says. Even elderly investors are embracing online trading, he adds.

After ASL posts a profit, it plans to open new branches across the country as investment information centres over the next two years, following last year's launch of branches in Kanchanaburi, Udon Thani, Khon Kaen and Chiang Mai.

The company is considering listing on the stock market next year, just three years after it started up. For a man of retirement age living in a digital era -- and making a good job of it, too -- that's certainly an achievement to be proud of.