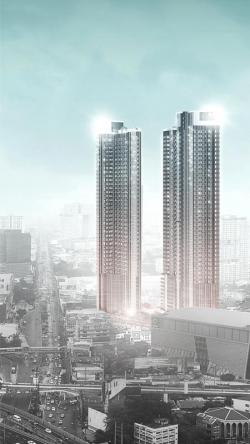 Vittakarn Chandavimol, chief of the business group, said condominium buyers' sentiment was bearish in the first quarter, as there were hardly any new project launches stimulating demand.

For the first quarter, AP posted only 550 million baht in condo presales, declining from 1.39 billion in the same period last year.

"In the first quarter last year, residential demand was propelled by the government's property tax incentives, which ended last April," he said. "But for the first quarter of this year, we had no such drivers or new condo projects launched during the period."

The first-quarter performance this year showed a 19% decline at 3.7 billion baht, which included 3.15 billion from single houses and townhouses and 550 million from condominiums.

The developer aims to have 26 billion baht in presales by the end of the year, up from 22.4 billion a year earlier. Of the total presales, 12.4 billion baht will be from condominiums, a 24% rise year-on-year, and 13.6 billion from single houses and townhouses, up 10%.

Revenue this year is projected at 25.3 billion baht, up from 22.7 billion. To date the developer had a sales backlog of 25.9 billion baht and will realise 8.3 billion this year, said Mr Vittakarn.

"The economy is gradually recovering and demand is resuming, but it is not so striking yet," he said. "Consumer sentiment is positive as the government's investment gets started. The only negative factors are external, such as mounting conflicts between powerful countries."

To boost condo presales in the second quarter, AP will launch Life Ladprao worth 7.6 billion baht on May 20-21. It will be located on a seven-rai site on Phahon Yothin Road opposite CentralPlaza Lardprao, which AP bought at around 700,000 baht per square wah.

AP expects to generate 4 billion baht from the project by the year-end as condo demand remains strong in the location.

The annual sales rate of condo supply in locations from Saphan Kwai to Major Cineplex Ratchayothin in the past five years was higher than 80%, with the exception of last year, when most of the supply launched was neither on the main road nor near future Skytrain stations.

According to AP's research department, there were a total of 2,472 condo units still for sale in the area. Of the total, 940 units were from projects developed by the top 10 developers.

The largest share of condo supply last year was priced from 3-5 million baht a unit, accounting for 46% of the total. That segment also had the best sales rate at 68%. It was followed by units priced 5-7 million baht, with a sales rate of 29%.

The company will also launch two other condo projects worth a combined 12.4 billion baht, including Life One Wireless with 1,344 units worth 6.4 billion on Wireless Road, along with a 6-billion baht project near the Rama IX intersection.

The three new condo projects being launched this year will from a joint venture with Japanese partner Mitsubishi Estate Group.

AP shares closed yesterday on the SET at 7.60 baht, up five satang, in trade worth 40.6 million baht.