Maker of Kangol hats struggling after US return
Business

Maker of Kangol hats struggling after US return

Don Rongione, president and CEO of Bollman Hat Co, poses for a photograph with knitting machine used in the manufacturing of Kangol hats. (Photos by AP)

ADAMSTOWN, Pennsylvania: If home is where you hang your hat, Kangol is struggling to afford its pricey new US digs.

When the famous hat brand worn by celebrities like Samuel L. Jackson, Brad Pitt and Gwen Stefani moved into a Pennsylvania factory last year from China, executives with the Bollman Hat Co billed it as an effort to create US manufacturing jobs.

But as labour costs went up, profits went down. Way down. The 149-year-old company behind Kangol says it's losing money on every kangaroo-logo cap knitted at its factory in Adamstown, 60 miles west of Philadelphia.

"It has been certainly a bigger challenge than what we could've ever dreamed,'' said Don Rongione, Bollman's fedora-wearing president and CEO.

The nation's oldest hatmaker expects a relatively quick turnaround once US workers get better at making the popular Kangol caps. But Bollman's early struggles with Kangol help illustrate why the labour-intensive garment industry left the United States in the first place.

Employment is down 85% since 1990 -- the biggest decline of any manufacturing sector -- as cost-cutting apparel companies shifted production to Asia in search of cheaper labour. Bollman spends about $11 an hour per worker in Pennsylvania vs $2.60 in China. 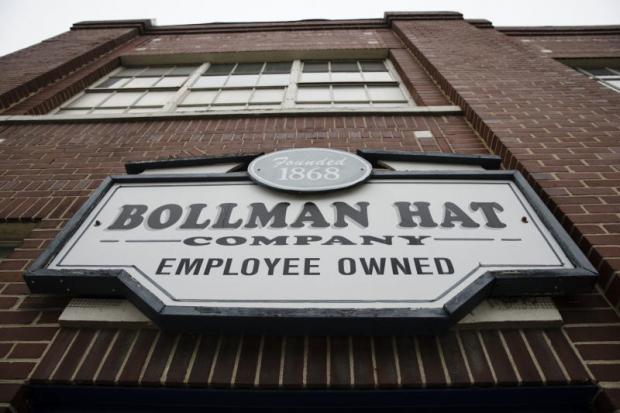 "In an industry where trends come and go quickly, it's incredibly important to incorporate speed into the delivery of the product,'' Rongione said.

Other apparel companies are also trying to be more nimble. US apparel production has increased 50% since 2009, according to the American Apparel & Footwear Association, as some footwear and clothing makers decided to accept higher labour costs in exchange for greater inventory control and proximity to US customers.

KEEN, for example, began assembling footwear at a plant in Portland, Oregon, in 2010. Sportswear giant Under Armour opened a high-tech facility in Baltimore last year.

"Obviously, if you have a plant in the United States, it's much easier to respond to trends, produce small runs and get product to market really quickly,'' said Nate Herman, the trade group's senior vice president of supply chain.

Last year, for the first time in decades, the number of manufacturing jobs created by US companies that moved operations back to the nation and by foreign companies investing in America exceeded the number of jobs lost by companies moving overseas, according to the Reshoring Initiative, a non-profit set up to bring factory jobs back to the United States.

Yet the US garment industry's production gains also show why President Donald Trump's campaign pledge to return manufacturing jobs to the US could prove difficult.

Increased automation is making it cheaper to sew and knit in the US but requires fewer workers. So, even as apparel makers crank out more US-made shirts and shoes, the industry is losing more jobs than it's creating. Employment stood at more than 131,000 workers last year, down from a high of 1.4 million in 1973.

Moreover, more than 97% of America's wardrobe still comes from abroad.

"It's not going to be what it once was,'' said Steven Frumkin, of the Fashion Institute of Technology in New York. "We're never going to employ as many people because of efficiencies and equipment.''

Bollman is betting it can succeed with US workers -- and by making Kangol, its most important brand, the old-fashioned way.

The employee-owned company raised more than $100,000 through a Kickstarter campaign to ship dozens of knitting machines from China to Pennsylvania, then got to work refurbishing the ancient, clattering workhorses that have been knitting the fabric used in Kangol caps for nearly 80 years. American workers also had to learn how to sew, shape and embroider the distinctive headwear, a popular style of which, the Wool 504, retails for $48.

Nearly a year later, Bollman's overall cost per hat is still twice as high as it was in Asia, partly because the Pennsylvania crew can't yet produce as many hats in a day as their more experienced counterparts at the now-shuttered factory in Panyu, in southern China. But the cost per hat was three times as high initially, and the company says it expects continued improvement.

Inside Bollman's 19th century, red-brick factory in Pennsylvania Dutch country, Amaryllis Garman, 38, carefully places a piece of knitted fabric on a machine that joins both ends to form the familiar Kangol flat cap, taking care to ensure a straight line. The job requires patience and hand-eye coordination, and comes with a steep learning curve.

When Garman started, she could make 10 hats a day. She's up to about 250 now and hopes to become still more efficient.

"I was ready to give up,'' Garman said with a rueful laugh. "Very difficult, but once you accomplish it, it's a good feeling.''

Bollman has spent more than $1 million to shift production to Pennsylvania, putting a financial strain on a company whose brand lineup also includes Helen Kaminski and Country Gentleman. There was no profit sharing in 2016, and, for the first time in 31 years, the company did not make a contribution to its employee stock ownership plan.

The Adamstown factory is responsible for about 20% of Kangol production, with the rest coming from plants in England, Italy, Taiwan, China and Vietnam. 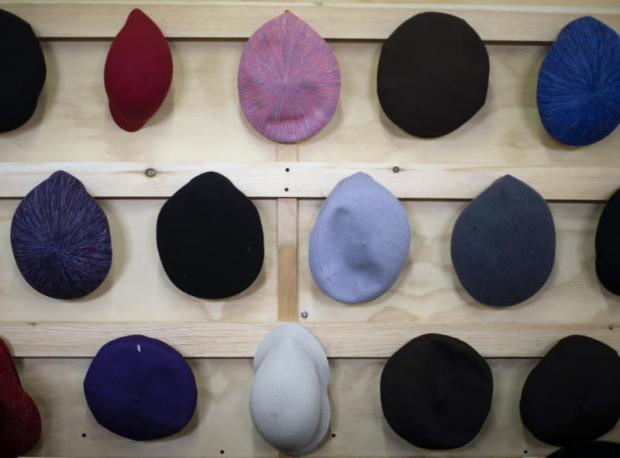 Kangol hats are displayed at the Bollman Hat Co in Adamstown, Pennsylvania.

The venerable hatmaker, which has produced just about every style over its long history, from trilbies and pork pies to bowlers and berets, is no stranger to adversity.

The experience prompted Rongione to start American Made Matters, an advocacy group that encourages consumers to buy US-made goods.

"Bollman has to start making money on its US-made Kangol headwear or it'll eventually have to ship production back overseas,'' he said.

But the CEO said he remained optimistic.

"This is not yet a success story,'' Rongione said, "but we have great confidence we're going to get there. ... This is near and dear to our hearts.''

The House committee deliberating the budget bill for fiscal 2023 fears the decriminalisation of cannabis could have an adverse impact on tourism.

The Bangkok Mass Transit Authority (BMTA) will hire private firms to operate 224 electric buses in order to boost capacity so it can serve up to one million passengers per day.