Call to limit imports, use of chemicals in agriculture
Business

Call to limit imports, use of chemicals in agriculture

Imports of farming chemicals should be restricted to ensure food safety for the public, a social forum in Bangkok featuring government ministers proposed this week. 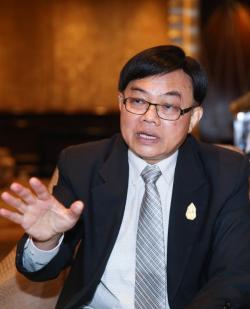 The National Health Commission of Thailand (NHCT) organised the Social Forum on Driving Policy and Cooperation on Social Issues for Sustainable Development.

A majority of participants said that if a separate act to control the import of such chemicals was implemented it would boost consumers' confidence.

Such imports are currently controlled under the Hazardous Chemicals Act 1982.

Thailand is one of the world's largest importers of farming chemicals, which impedes the government's efforts to lower their usage and promote organic agriculture.

Anuthai Chaisanechomphu, a representative from the Ministry of Agriculture and Cooperatives, said a master plan on organic plantation for the period 2017-2021 has been prepared.

The government hopes to see Thailand emerge as a hub for organic food products within Asean, he added.

According to the ministry, organic produce each year generates 4 billion baht, 60% of which is exported.

In a related development, state agencies vowed to speed up the implementation of their master plans for food safety and waste management due to growing public concern over health issues and the environment.

Poldej Pinprateep, secretary-general of the NHCT, said it was time to push for better food safety and waste management as these are matters of public concern.

He said the Ministry of Agriculture and Cooperatives and the Ministry of Natural Resources and Environment have already prepared their master plans on organic plantation promotion and waste management.

Now other agencies can use these as guidelines, he added.

The environment ministry has prepared a five-year master plan for waste management starting this year.

The country produces 27 million tonnes of garbage a year, less than half of which is recycled or used for any meaningful purpose.

The ministry recently announced an increase in its household waste management fee from 20 baht to 60 baht.