SET-listed coal miner Banpu Plc says massive flooding in China that killed dozens of people and destroyed major transport systems had had no adverse effects on the company's operations in the country. 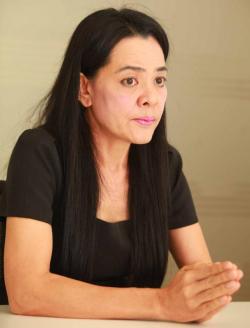 The flooding pushed the price of commodities, particularly coal, higher, which is likely to boost the company's revenue as a result, said president and chief executive Somruedee Chaimongkol.

"We are running our business operations in China as usual and have managed strong income from coal by securing advanced sales," she said.

Torrential rains lashed parts of central and southern China on Monday, with flooding killing 33, forcing hundreds of thousands from their homes and damaging crops.

The country's north, by contrast, wilted in a heatwave and drought-like conditions.

Water levels for more than 60 rivers in southern China have risen above warning levels and cut off major transport channels, including rail.

Since Banpu's coal operations in China do not rely on rail transport, the company's business has remained intact, she said.

"The flooding has pushed the price of high-quality coal price up by 20 yuan to 592 yuan per tonne currently," she said, adding it would be equivalent to around US$87 (2,963 baht) a tonne.

That is well above the global coal price of $80.

She said Banpu remains committed to advanced sales of coal to secure revenue, which is expected to remain strong this year.

With strong demand, Ms Somruedee said Banpu has decided to expand its coal mining operations in order to earn more revenue at a time when coal prices are in an upward trend.

"That means we will dig deeper in the ground to get more coal. This will drive up our production costs to $7-8 per tonne, but we have considered it to be a worthwhile investment," she said.

Banpu is moving forward with its power generating business, which is expected to create sustainable revenue in the future, particularly in China and Japan, where the company has begun investing.

The company is also seeking out more power business opportunities in Cambodia, Laos, Myanmar and Vietnam, where power demand is expected to rise, said Ms Somruedee.

Banpu posted a net profit of $41 million in the first quarter of this year, reversing a net loss of $5.2 million in the same period last year, due to rising coal prices and increasing revenue from its power business.

BANPU shares closed yesterday on the Stock Exchange of Thailand at 15.50 baht, down 40 satang, in heavy trade worth 3.16 billion baht.