A model of a Russian icebreaking ship, designed to bust up five-metre-high ice plates in the unexplored North Pole, clearing the way for exploiting underwater petroleum resources.

With the rise of renewable power, many nations are considering power-generating systems that will minimise the impact on the environment. Some countries, however, still believe in fossil fuels, vowing to dig up more oil through land and sea exploration.

Some 155 countries brought renewable power-generating technologies to be exhibited at the Astana Expo 2017, under the concept of "Future Energy" being held in Kazakhstan from June 10 to Sept 10.

The expo, in part, is intended to highlight the adoption of renewable power sources, which produce no carbon, thus slowing the pace of climate change.

Japan is an Asian leader in the field that, faced with power shortages in 1970, moved to adopt several type of power resources, ranging from coal, gas and petrol to nuclear, as well renewable sources like solar, wind and hydro.

Following several difficult lessons, especially the Fukushima nuclear accident in 2011, Japan has committed itself to renewable power and is developing new technology to produce power from bio-based resources.

Those efforts include both solar farms and rooftop installations for household use, but also allowing foreign renewable power developers to invest in solar farms there.

Japan also succeeded in producing jet oil from micro-algae, which is due to be commercialised by 2020.

South Korea for its part is not only focused on generating power from renewable sources, but also creating technology to that end.

The country has been developing an Energy Storage System to harness all mechanical energy from humans, animals and other activities.

Asean countries are also going green via a number of methods aimed at boosting renewable power.

Thailand, which has a clear policy to support solar and wind energy, has started to promote the use of biomass power, boosted by the country's large agricultural sector, providing farm waste to feed biomass plants.

Malaysia is moving in the same direction by using waste from the palm oil-crushing process to be used as fuel at biomass power plants, as well as employing related waste water to feed biogas power plants.

Malaysia is also pushing ahead with several hydropower plants, mostly in Sarawak state.

Feasibility studies are currently being conducted for those projects, with the country aiming to have annual hydropower capacity of 123,000 gigawatts in the coming years.

Vietnam, one of the fast-growing economies in Asean, has also adopted renewable power by developing solar and wind farms in several regions.

But the country has also opted for nuclear power, aiming to serve rapid growth in power demand in the near future, as the country has opened itself up to massive foreign direct investment, mostly in power-hungry industrial sectors.

Singapore is encouraging residents to generate their own power through solar rooftop installations -- a good fit in a country with limited land where most people live in condominiums.

All of these efforts mirror commitments made through the 2015 Paris agreement -- the global climate change plan aimed at capping the increase in global average temperatures to 2C.

But major oil-exporting countries in the Middle East are continuing to search out more oil and gas resources, with the cartel Opec cutting production periodically to push up oil prices.

The role of oil in many countries including Thailand is undeniable, as renewable power alone is insufficient to meet massive demand.

As a result, giant oil and gas-importing countries such as Russia have bucked the renewable trend.

Russia has not been hesitant to invest more in extracting fossil fuel resources, particularly in the unexplored North Pole region.

That has prompted the country to invest in building a nuclear-powered icebreaking ship, with total power capacity of 70MW.

The ship is designed for cracking five-metre-high ice plates in the North Pole.

A feasibility study is still being conducted for the project, which is targeted to begin in 2019.

Apart from cracking ice plates for petrol exploration, the project also entails breaking through the North Pole to create new maritime transport routes from west Europe to Asia, rather than taking a detour via the Cape of Good Hope and Indian Ocean.

Russia is also developing more nuclear power plants and new nuclear technologies, which it has exported to several countries in Asia and Africa.

The country also has an extensive pipeline network for the export of oil and gas to Europe. 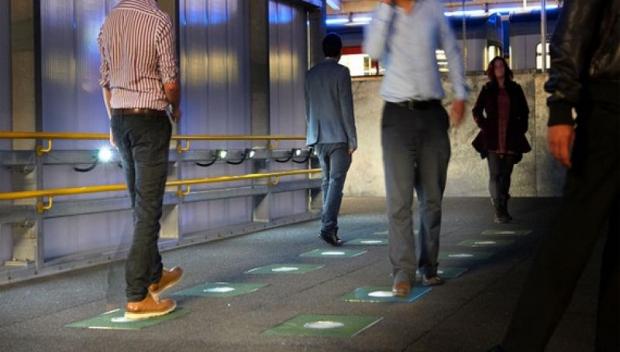 The technology of South Korea's Energy Storage System channels every movement of human activity for use in creating energy.

The government on Tuesday recorded 965 new cases of the novel coronavirus -- all but nine of them locally transmitted -- bringing the accumulated total since the start of the pandemic to 34,575.