US city airports' future may not involve flying
Business

US city airports' future may not involve flying

Coleman Young International Airport was once one of the busiest airports in the United States and a thriving piece of Detroit's economy. But like so much else in the city, it festered for decades after the action moved to the suburbs.

Now local officials want to reinvigorate the 264-acre plot. The question is whether that means it will survive as an airport or be remade for other purposes.

The City Council this month is expected to select a firm to start studying options for the site, including using the land for a half-dozen new factories or other industrial uses.

Unless the city uses the site for an economic development purpose, Mayor Mike Duggan's administration says, Detroit will soon run out of wide-open, city-owned spaces that can be offered to companies looking to build manufacturing or other commercial facilities here.

Many council members, however, have said that the city should reinvest in the airport, saying it could be an economic engine as well.

The debate in Detroit is not unusual. Cities across the nation are reconsidering the value of municipal airports in the era of superjumbo jets and budget cuts. The Aircraft Owners and Pilots Association estimated the nation loses 50 public-use airports a year.

Almost all are general-aviation airports, ones that cater primarily to owners of private planes, and most have operating deficits that the cities must make up for in their budgets. 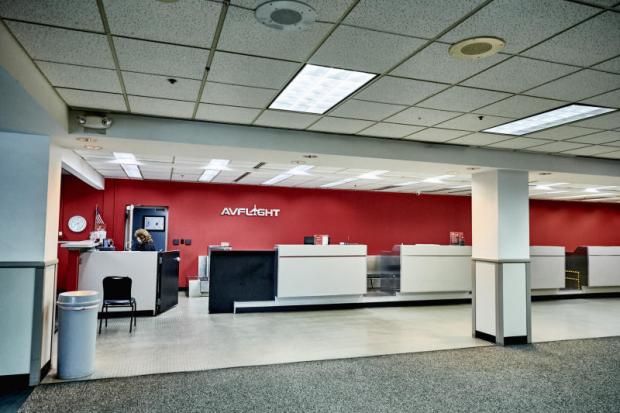 A check-in counter for Avflight at Coleman Young International Airport.

Detroit, for instance, faces a $1.3 million operating loss in fiscal 2017 for Coleman Young, which averages just 30 landings a day. The main airport for the region is Detroit Metropolitan, a Delta Air Lines hub about 20 miles west of the city limits.

"We may certainly figure out that it's worth keeping as an airport and investing more in the airport," he said, "or we may decide there's better opportunity and might have a better impact on Detroit as a manufacturing and logistics centre or some other thing we just haven't thought about."

Closing it presents real risk. In other cities, the anticipated development has yet to occur, as with Bader Field in Atlantic City, New Jersey, and Meigs Field in Chicago.

That is partly because decommissioning airports with the Federal Aviation Administration is an expensive, years-long process, and political and economic winds shift quickly in the interim.

Plans to redevelop Bader Field, which is within walking distance of Atlantic City's casino district, faltered when the city's economy collapsed at the onset of the most recent recession. In the process, tourist-dependent Atlantic City lost a key transportation amenity just as it desperately needed more visitors.

"Any pilot who flies over Bader Field just kind of looks at it wistfully like, 'I wish I could land there but I can't'," said Paul Freeman, a private pilot and aerospace engineer who manages a website tracking the history of more than 2,000 former airfields in the United States.

He said there were many cases of airports being closed "and then some municipal bonds didn't happen or some business venture didn't happen and the end result is, 10 years later, the property's still there, the airport's still not running, it's deteriorating and it ends up benefiting nobody."

There are success stories, though. Austin, Texas, and Denver are examples of how a region can reap decades' worth of benefits from the redevelopment of former airports. Both cities shut theirs down in the 1990s and replaced them with modern suburban facilities, and both have realised billions of dollars in mixed-use, master-planned development on the old sites that continues to unfurl.

Closing the Austin airport "magically released land in the center city," said Pam Hefner, redevelopment project manager for Austin. "That doesn't happen. It's so rare and it's such an incredibly valuable resource."

Many communities salivate over just that opportunity. In Kennewick, Washington, for instance, the tiny and money-losing Vista Field closed in 2013, and the regional planning agency is in the process of finishing a master plan for the now-vacant 103 acres.

The community of about 210,000 residents along the Columbia River in southeastern Washington has struggled to keep its young people from leaving to pursue careers elsewhere.

Skip Novakovich, president of the Port of Kennewick Commission, a three-person panel that oversees the area, said the commission was planning a new core with walkable neighbourhoods and a mix of residential and commercial spaces.

"It's been expensive, but it'll put $400 million on tax rolls," he said, referring to the project, which will require an investment of about $500 million.

"It's probably the largest economic development project ever for this region. The only thing I'm nervous about is if we develop it to what the public said they wanted and they say, 'Nope, that's not what we wanted'."

Advocates for revitalising old airfields rather than closing them say they empathize with the communities looking for new economic development. Still, they worry that the reduction of airfields will hurt the overall US aviation system, which is built partly for travel but also to ensure ubiquitous landing sites in the event of national security events or natural disasters.

"I've always believed that each of the individual institutions that own and operate these airports are making reasonable and genuinely rational decisions in terms of what affects them locally," said Thomas Thatcher, an architect and planner who wrote a 2011 report sponsored by the FAA called "A Guidebook for the Preservation of Public-Use Airports."

"But when you take all of those individual good-faith decisions and accumulate them over a 10- or 20- or 30-year period across the nation, we might realise, Oh dear. On a collective basis, it created a terrible problem." 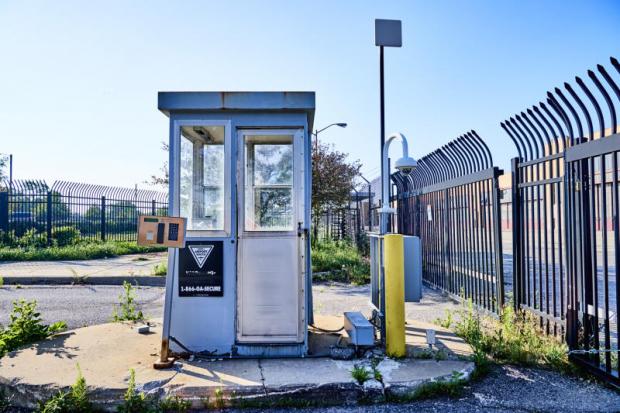 In Detroit, the fact that many City Council members began the study process disposed toward keeping Coleman Young bodes well for preservationists.

Scott Benson, a councilman who represents the district that contains the airport and is a city planner by trade, views the property as an untapped gem whose value will only rise in this era of drones and internet shopping deliveries.

Closing the airport, Benson argued, is a one-way street because shuttered airfields will not reopen and cities rarely find other sites that are as convenient. A new airport would also have to go through the rigors of passing environmental and community requirements, which are more stringent than when the original airports were founded.

"Having a 260-acre international airport within the borders of a large city is an extremely unusual asset to have," Benson said. "You can't just drop a city airport anywhere in the country. I have a really hard time thinking that the airline industry, the logistics industry, the aerospace industry is not salivating over the opportunity to get in there and invest."

With tens of thousands of abandoned homes being taken over and bulldozed by the city, many are baffled by the contention of the mayor's administration that there is no other land available for new industrial facilities.

But Howbert, the city official, noted that those vacancies were a patchwork, not a large contiguous piece of land. For that, he said, Detroit has just one option right now for the areas -- 30 contiguous acres or more -- needed for factories.

"This began," Howbert said, "when we realized we're essentially out of large-scale parcels that are suitable for manufacturing or other large job-creating, industrial-type investments."