Index Creative Village's co-founder hopes to leave a mark on tourism before passing the torch to his successor. By Nanat Suchiva

Kriengkrai Kanjanapokin is putting long hours into organising the Thai pavilion at Expo 2017, a three-month event in Astana, Kazakhstan, but for him every day is relaxed.

Mr Kriengkrai founded Index Creative Village Plc 27 years ago, when the term "event planning" didn't register with most people. Today, he claims to be the happiest man in the event planning business, and he shares the position of co-founder and CEO with his twin brother, Kreingkarn.

Index was established as Index Promotion Group in 1990 with registered capital of 1.5 million baht. The company started out running marketing campaigns such as Nescafe Shake, which it designed for Nestle. 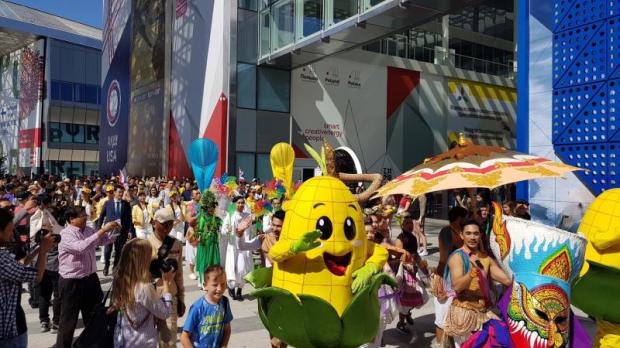 A parade draws visitors to the Thai pavilion at Expo 2017.

Each of these entities was geared towards strengthening the company's grounding in special effects, audio-visual and video production. Master Beam Co (MB) was formed in 1999 to support the company's lighting capabilities.

In 1997, the company's Lux Super Rich, the World's Longest Catwalk entered the Guinness World Records as just that. In 1998, Index won the bid to organise the wedding of a UAE sheikh.

In 2002, Index Promotion Group changed its name to Index Event Agency and began supplementing its full event offerings with services based on existing marketing channels. 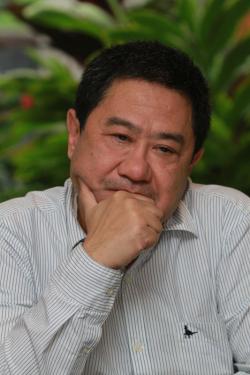 "My career hasn't been a bed of roses, but I have never struggled because I am always ready to adapt to changes," he says. "No one wins or falls forever, you just need to learn to adapt.

''For example, Index survived the Tom Yum Kung crisis in 1997. We encountered many problems, but survived. We chose to not lay off staff in 1997. Rather, we pushed for investments that fine-tuned and strengthened Index's business.

"I took the decision myself, and I didn't know how it would turn out. I just told my staff to be confident in our beliefs."

Of course, this approach did not work every time. But the company takes every failure as a lesson.

In 2009, Index was renamed Index Creative Village. Along with the name change, Index rebranded itself as a creative consultant and reduced its focus on event organising in a bid to promote sustainable growth.

The move will ultimately add value to clients' brands and create a new chapter in the company's business, Mr Kriengkrai says.

Event planning is dependent on the economic and political situation. It's an uncertain business, which is why Index decided to diversify.

"Event organising is considered a red ocean market," Mr Kriengkrai says. "We decided to bring the company to a bluer ocean to survive."

Ten years passed, and Index came back to secure the rights as Thailand's pavilion creator at Shanghai's World Expo in 2010, earning praise from the international community for its effort. The pavilion was lauded for its storytelling and concepts, which admirers said matched international standards. 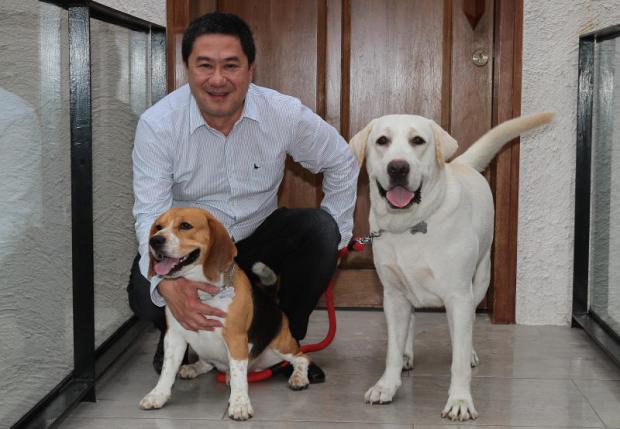 Mr Kriengkrai also performed well at the World Expo in Yeosu, South Korea in 2012 until his company was beaten by Thai entertainment company Workpoint Plc to host the Thai pavilion in Milan, Italy in 2015.

Workpoint, a top entertainment company, was not as experienced as Index at organising events, especially at the international level.

Index has now taken over as exclusive event organiser again for this year's World Expo.

"We are confident that the Thailand pavilion in Astana will not let anyone down and will emphasise the creativity of Thais," Mr Kriengkrai says. 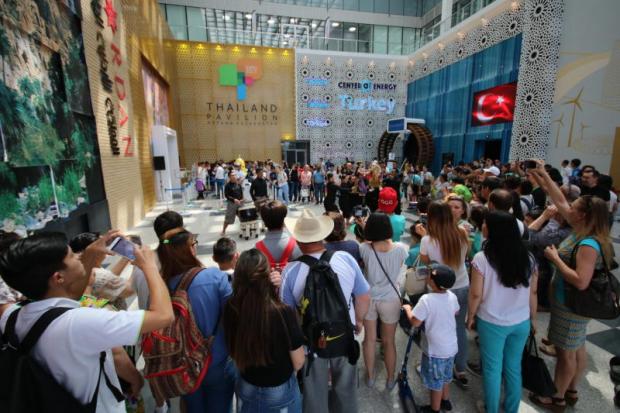 Tourists visit the Thai pavilion at World Expo 2017 in Astana.

Mr Kriengkrai says he knows there is always room for improvement. Change is necessary to succeed. But at 55 he doesn't plan to leave the business soon. "I still crave challenges, and I am as passionate about this business as when I started," he says.

"Index has never stopped developing and expanding to support the economy. One thing that we haven't changed is our beliefs, which have driven the company to success."

Reinventing the rules depending on where he is working is also enjoyable.

"That's challenging for me, as we can't do the same thing in Thailand that we do abroad, and vice versa," he says.

"I am looking for someone to replace me in the next 10 years, but first I must be sure we have a sustainable and complete business model. Having that model is essential because I doubt my successor will have as much passion for the business as I do.

"It's like building a road, I want to ensure my successor has a smooth drive. 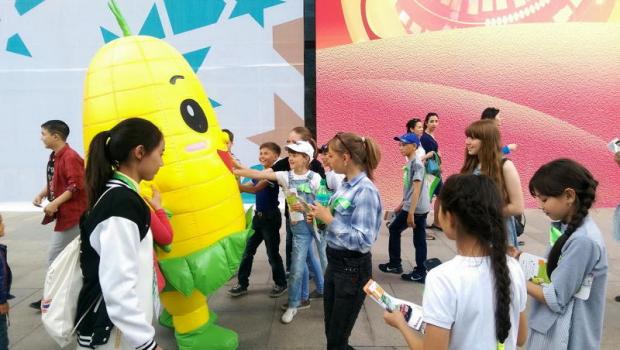 Children enjoy Palang, the corn-like mascot of the Thai pavilion.

"I am not a dictator. I have always been a hands-on leader who tries everything himself before ordering my staff to do it. I like to play a part in everything because I like things to be completed quickly. However, I am often satisfied with getting the big picture -- the rest is the team's performance."

When not working, Mr Kriengkrai loves playing with his Labrador retriever and his tiny beagle. "Whenever I'm with these two boys, I'm always relieved and relaxed," he says.

Mr Kriengkrai dedicates his leisure time to his beloved dogs, which gives him the energy in life to take on everything else.

"Playing with dogs is like business," Mr Kriengkrai says. "They are both unpredictable. Nothing is exactly right or wrong, so we have to strike a balance and be ready to change.

"I am satisfied with my success, but what I really want to do is create a permanent tourist attraction in the name of Index. I want everyone to recognise our determination in this tough business." 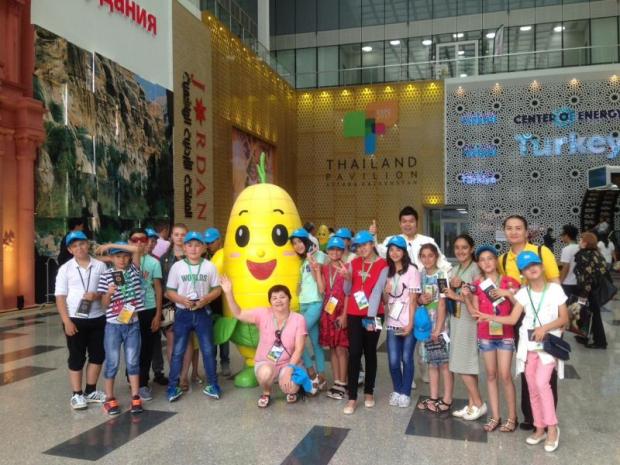 The Thai pavilion was named the second-best pavilion to visit with children by a local Astana TV channel.

Apart from the World Expo this year, Index is also focusing on expanding into the CLMV countries.

The company has secured the five-year exclusive rights from Vietnam's Department of Culture, Sports and Tourism in Quang Nam province to manage Hoi An's historical areas through projects such as festivals and entertainment activities to help promote Vietnam's tourism and drive the economy.

The most recent project managed by Index was the Hoi An Light Festival 2017 earlier this year.

The next big project in Vietnam is the Hoi An International Marathon on Sept 17. The race is expected to welcome more than 2,400 runners. 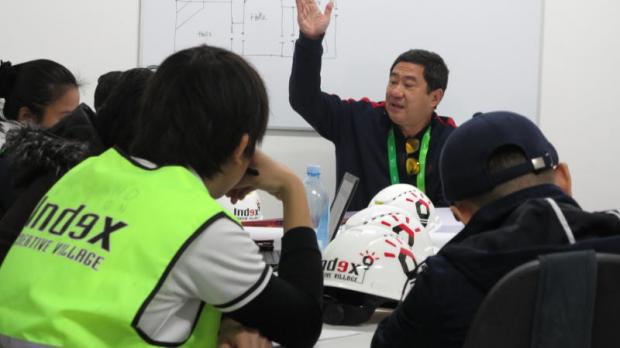 Mr Kriengkrai works with staff on the Thai pavilion. 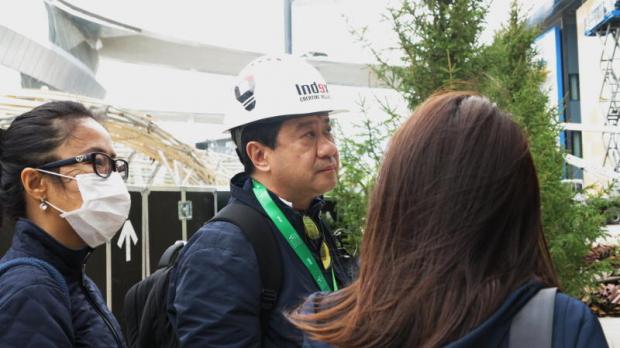 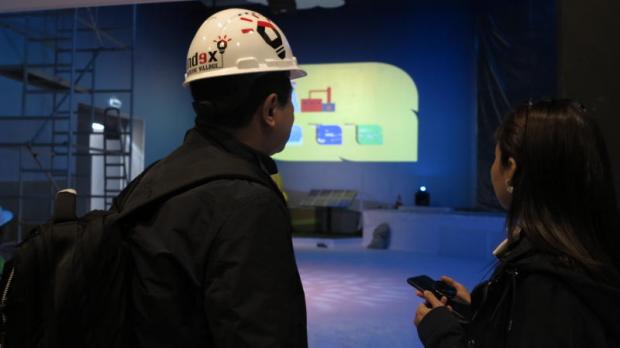 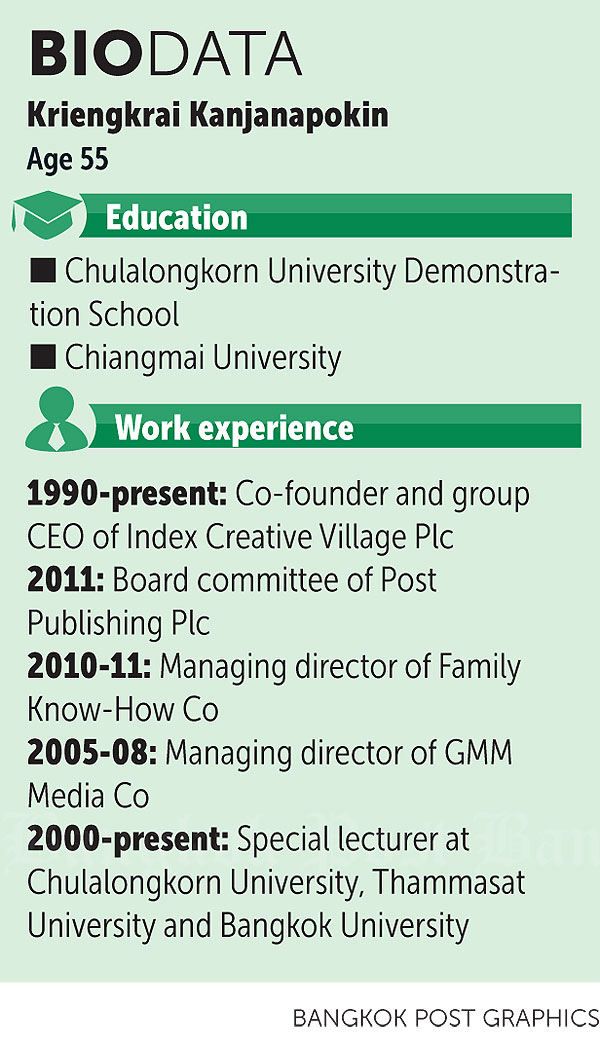