How one app is making social ripples
Business

How one app is making social ripples

We live in the era of the smartphone, a time when a small screen and a digital presence are keys to survival. Leaving the house every morning with just a mobile phone could be enough to go about one's daily life without the need for cash or any ID documents. 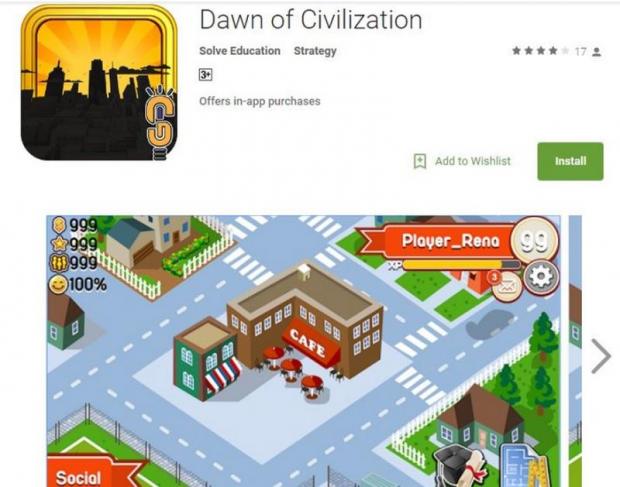 Dawn of Civilization, available for Android devices, is aimed at the estimated 263 million young people worldwide who do not attend school. Photo: google play

We use our phones to share our lives with those around us, manage money, communicate with people halfway across the world, and even to monitor our health and fitness habits. There are now applications for thousands of different functions.

This has paved the way for the emergence of a new kind of app -- one that aims to create social change.

Solve Education is a non-profit organisation that aims to provide a non-traditional yet high-quality education to children around the world. The organisation has worked with education and technology experts worldwide to create a self-learning educational game app.

Talitha Amalia, manager at Solve Education, believes self-learning is the best way to reach the estimated 263 million children who do not attend school.

"We try to provide an opportunity for them to receive a good-quality education. Our goal is to make education accessible, scalable, fun and free, especially for those from low-income backgrounds," Ms Amalia told Asia Focus.

The Solve Education team has designed Dawn of Civilization, an Android educational app that allows players to build their own city, earn cash to further develop it, and connect with other users. Besides offering online and offline access, the game also includes TOEFL-certified trivia in order to progress forward.

"Why a game app? Why not build schools, train teachers, or develop teaching materials? We see that that approach has been attempted by many non-profits, governments and local communities but isn't scalable enough to approach the issue," Ms Amalia said.

During a trip to Myanmar in 2016, Solve Education observed that children on the streets who had jobs would spend their first salaries on mobile phones. Technology was prioritised over food and other basic supplies.

Instead of working against this trend, the organisation decided to use it to bring education to the children. Hence, ensuring the app could work both online and offline was a priority.

More than 1,000 children are currently testing the beta version of Dawn of Civilization in the Philippines, Vietnam and Myanmar. Solve Education plans to officially launch the app in August.

Developing an educational app certainly has its challenges, like making sure it has a small enough storage size and can incorporate multiple features on a single platform.

"Technology is not as mighty as it seems," Ms Amalia said. "But our team consists of many creative, dedicated game and web developers as well as curriculum designers and educators."

Solve Education has also designed a website for Dawn of Civilization with detailed information about specific features in the app, registration and more, all in order to help those using the app better understand how it works. Users have to be 13 or older to play the game.

When users reach the last level of the app, they will be directed to a job portal, where they can compete to get "micro-tasks" or entry-level jobs, and earn money. This combination of game mechanics, artificial intelligence and incentives will help Solve Education reach its target audience of children from low-income backgrounds, she explained.

According to Ms Amalia, collaboration is a must when it comes to improving access to education.

"We never see other companies and organisations as our competitors," she said. "We want to engage them all and work with them because our goal is to address and solve this issue."