Japan's second-largest city shares its expertise in creating a more sustainable urban environment with others in Asia.

To attract international trade and investment, as well as talent and tourism, Asian cities have to develop highly livable and sustainable urban environments. Yokohama is leading the way with innovative urban planning and is now helping its peers in Southeast Asia to upgrade their appeal.

Located on Tokyo Bay, Japan's second-largest city is home to 3.7 million people and more than 1,720 companies including well-known brands Nissan and Mitsubishi, as well as many other international firms. It attracts 73 million people annually for both business and pleasure.

The city rose to prominence in the mid-19th century when it became Japan's gateway for international trade through the opening of the Port of Yokohama, which led to rapid industrialisation. The urban area expanded six times between 1889, when the municipality was incorporated, and 1939.

As the postwar recovery took hold, the population doubled from 1.3 million in 1960 to 2.77 million in 1980. The rapid growth led to urban problems including an uncontrollable spread of housing, reduced greenery, and delays in infrastructure development, such as schools, road and sewage systems. Environmental problems also occurred, caused by municipal waste and a disorganised mix of residential and industrial uses.

"In 1960, Yokohama was a disconnected city. The north was a strong transport hub that was linked to Tokyo with rail lines extending into the growing suburbs, the south was a centre for businesses and the local government, and the central waterfront area was largely occupied by shipbuilding dockyards and industrial functions, separating north and south into two isolated cores without a true city centre," Dr Zhongjie Lin, associate professor for Architecture and Urbanism at the University of North Carolina at Charlotte, wrote in the 2007 article "From Megastructure to Megalopolis: Formation and Transformation of Megaprojects in Tokyo Bay", published in the Journal of Urban Design.

To overcome the challenges, city authorities announced a series of six strategic development projects in 1969. They included reclamation of the Kanazawa seaside, Kohoku New Town, rapid railway and highway construction, a city strengthening project and the Bay Bridge, according to Takayuki Satoh, manager for the project division at the Urban Development Bureau of the City of Yokohama.

Those strategic projects were not developed in isolation but linked to each other. Citizens, private companies and the city government worked together to achieve holistic goals.

The Kanazawa seaside project, for example, involved the relocation of the shipyard from the city centre in order to provide land for new factories, while the 860-metre cable-stayed Bay Bridge was built to ease traffic congestion in the city centre.

"The basic principles for city planning are changes in social conditions including a declining population caused by a super-ageing society, thus ageing city infrastructure and facilities need [to be improved]," said Mr Satoh, adding that global warming and biodiversity factors are also taken into account.

Yokohama is being developed as a low-carbon city with improved energy efficiency to mitigate global warming and heat island impacts. To achieve this, environment-friendly transport is planned with easy access for everyone.

Planners also have worked to create a safe and secure city resilient to earthquakes as well as wind and water damage, with improvements in disaster preparedness. The goal is to ensure that there will never be a repeat of devastation on a scale such as that wrought by the Great Kanto earthquake of 1923, which had a magnitude of 7.9. 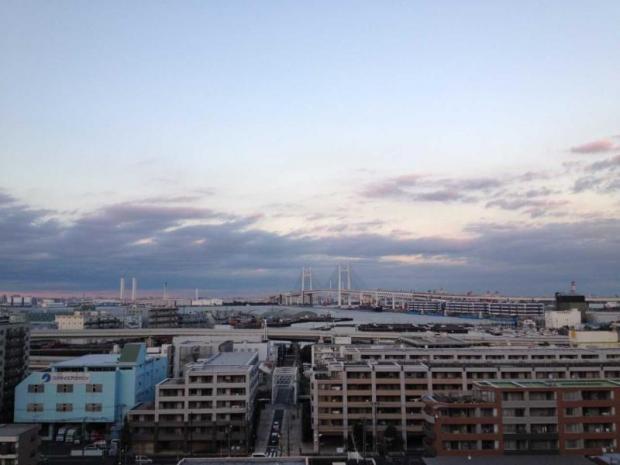 The postwar development boom was the catalyst for adopting new approaches to city planning, explains Toru Hashimoto, director of development cooperation for the City of Yokohama.

"During those 30 to 40 years, we had rapid expansion not in terms of geographical area but in terms of population. It needed a lot of catching up in terms of infrastructure," he said.

Yokohama's sewage treatment coverage rate was 20% in 1970, which is similar to that in Bangkok and Manila right now, while in Jakarta the rate is around 10%.

"We had a long way to overcome our urban development issues," he said. "We believe our experience is relevant to Asian cities. We went through that rapid expansion and catching up in terms of infrastructure, which Asian cities need to do in the next few decades. This kind of rapid expansion is something American and European cities have experienced. That's why we feel we have to share our experience as some kind of reference point."

Yokohama is supporting sustainable urban development in Asia including work on infrastructure, such as water and sewage systems, waste treatment, and installation of energy-saving equipment. In 2013, it signed its first memorandum of understanding to promote cooperation with the Asian Development Bank (ADB). The agreement was renewed and Yokohama's collaboration with the ADB expanded to technical assistance projects in Asia.

Under its collaboration with the ADB, Yokohama City holds an annual "Asia Smart City conference" for participants to share knowledge on best practices.

In Asean, Yokohama collaborates through city-to-city partnerships with Bangkok, Cebu in the Philippines, Danang in Vietnam and Batam in Indonesia.

In Cebu, for instance, the collaboration focuses on transforming plastic waste into fuel and the introduction of dewatering devices for septic tank sludge, using technology from a Yokohama-based company. As the first city chosen by Yokohama for this initiative, Cebu has established a Metro Cebu Development and Coordinating Board, headed by the Cebu governor. With participation from national and regional offices for transport and public works, city authorities work with the private sector on area development with technical input from Yokohama to produce more robust and dynamic results.

In Thailand, the focus is on a low-carbon initiative under the Bangkok Metropolitan Administration along with the private sector to address climate change threats.

"With these urban issues, small provinces are more relevant. Those with a current population of 1-2 million with the potential to become much larger, like Danang and Batam," said Mr Hashimoto.

"Bangkok, however, is quite different. We are working with them on creating a master plan and actual projects on the ground."

Under the bilateral agreements with each country, Yokohama also works with cities on trying to engage the private sector to work with the programme.

"These days, urban development is not only assistance from country to country," he said.

One other country where urban planning has taken on greater urgency is Indonesia, where Joko Widodo, a former governor of Jakarta, is now the country's president.

"City-to-city initiatives can change the world. I sincerely believe this is happening. Cities drive changes. The City of Yokohama is at the forefront of this kind of cooperation alongside Jica (the Japan International cooperation Agency) and the national government."

Yokohama has also collaborated with private companies to establish the Y-Port (Yokohama Partnership of Resources and Technologies) project with members such as JFE Engineering Corporation, Chiyoda Corp and Hitachi as well as several smaller-scale companies. Those firms have expertise in water treatment and solid waste management, building water structures, recycling and renewable energy.

Through Y-Port, the city's international technical cooperation programme, Yokohama fosters economic growth and international contributions by linking its local businesses with international partners from all over the world.

All of these new urban development initiatives have made sound urban planning a critical component of Yokohama's economic prosperity.

"Yokohama is not a major city like Tokyo or New York. We are just a secondary city so if we can do it, you can do it," he said.

"We have strong leadership by the mayor pushing for development of the plan. We always consult with the citizens and involve them in development heavily. We have very big private companies that are very active.

"We continue to involve the residents, even with small projects, to hear their opinions. We are very careful about our urban design to make the space attractive for the people living here and people visiting Yokohama." 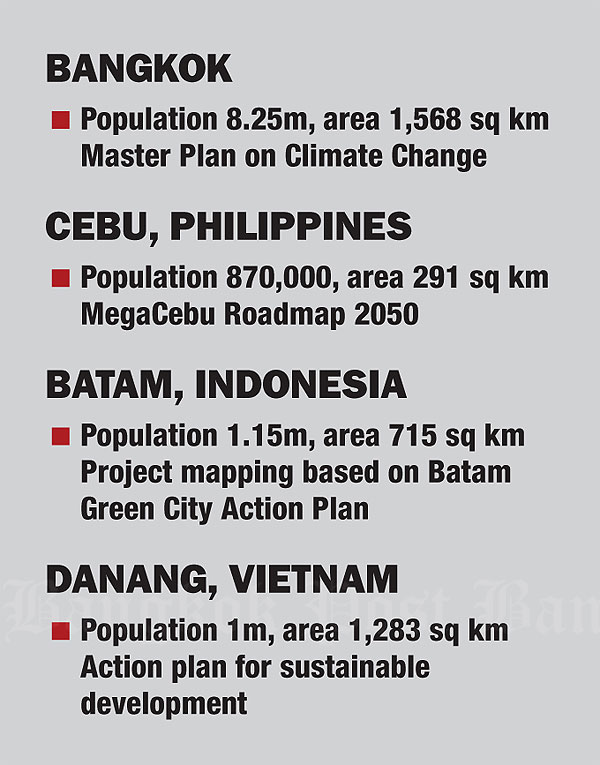