By diversifying investments in CLMV countries (Cambodia, Laos, Myanmar and Vietnam) and expanding its renewable energy portfolio, Bangkok-based Banpu Plc aims to completely transform itself from a coal company to an integrated energy provider.

The SET-listed company, which currently operates assets in Indonesia, Australia, China, Japan, Mongolia and the United States, is in the process of entering Vietnam with potential investments in coal, solar and wind. Wind, in particular, is not part of Banpu's portfolio but its first wind farm could be in Vietnam.

The entry into Vietnam and other CLMV countries could be through merger and acquisition (M&A) deals as well as building greenfield power plants, said CEO Somruedee Chaimongkol.

"From now on, we are looking to invest more in renewable capacity in CLMV. We are open to every kind of energy whether it be solar, wind or hydro," she told Asia Focus.

"In Vietnam, we have started discussions. It will take a while to conclude and implementation of each greenfield project will take around three to five years. We are waiting for project endorsement and then we will proceed with it." 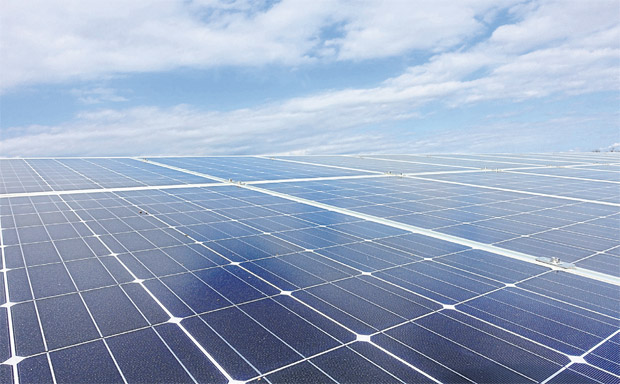 Solar power is one of the areas Banpu is looking at for diversification.

In Laos, where it operates the 1,600-megawatt Hongsa mine-mouth power plant, Banpu is looking to invest in solar and hydropower. Myanmar offers opportunities in various kinds of energy but no concrete decision has been made so far.

The company is also considering expanding its presence in Indonesia beyond coal mines. Potential areas are in hydro, solar and geothermal energy, of which Indonesia has one of the world's largest supplies.

Banpu's eight-year strategic plan projects an increase in electricity generating capacity from 2.1 gigawatts at present to 2.6GW in 2020 and 4.3GW by 2025. The current plan, according to Ms Somruedee, doesn't take Thailand into account but it will be ready to invest locally if any possibility arises.

Apart from the CLMV markets and Indonesia, Banpu aims to expand electricity generating capacity in Japan and China from the current 130 and 150MW, respectively, to 300MW in each country. Renewable energy is projected to account for 20% of Banpu's portfolio or 900MW by 2025. 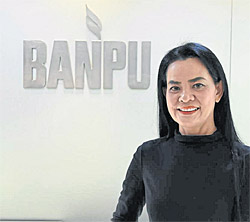 “From now on, we are looking to invest more in renewable capacity. We are open for every kind of energy whether it be solar, wind or hydro” — SOMRUEDEE CHAIMONGKOL, CEO, Banpu Plc

Of the company's existing total capacity of 2,100MW, only 7-8% or 162MW comes from renewable sources, Ms Somruedee acknowledged.

Coal, meanwhile, continues to play an important role for the company. It seeks to maintain its coal capacity at around 45 million tonnes but with a focus on increasing reserves to a minimum of 15 years from 12 years at present. Current output totals around 25-27 million tonnes in Indonesia, 16 million in Australia and four million in China.

"China and Australia have high coal reserves already so we will focus on (increasing reserves in) Indonesia," said Ms Somruedee. "The increase will be made through buying new concessions. At the current five mines, we can dig deeper by raising the stripping ratio. The production cost will be higher but it would be offset by the surging price of coal."

Prices of coal have bounced back from the plunge in 2014-15. The benchmark price of high-quality thermal coal has reached US$96 per tonne, up from around $60 last year. Banpu forecasts its average selling price will rise by $12, or 22%, to $67 this year, as demand continues to rise steadily by 3% annually, according to the International Energy Agency (IEA).

This year in particular, demand has been driven by floods in China which have prompted higher generation from coal-fired power plants to offset decreased output from hydropower facilities. Apart from its Chinese mines, Banpu ships around 3 million tonnes from Australia and Indonesia to China each year. 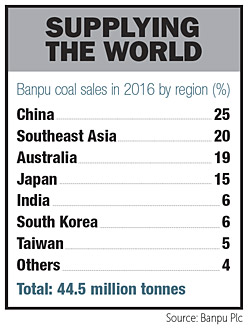 "Demand has increased in nearly all Asia-Pacific countries such as Korea, Taiwan, Japan, Malaysia and the Philippines," said Ms Somruedee, adding that supply has not increased, thanks partly to China's moves to shut down some small mines that had poor environmental records.

Coal demand and supply are now quite balanced with the seaborne coal market amounting to about 930 million tonnes. Indonesia and Australia rank first and second globally in terms of coal output.

Even though many countries, including Thailand, are looking to increase the share of renewable sources in power generation, with targets of 20-25% of total output, Ms Somruedee said base-load power generation would still be dominated by coal and gas at roughly 30% each.

Tariffs for renewable energy, such as solar, are still high, making it impossible for them to replace coal and gas as mainstream power generation sources.

"Investments in coal-fired generating capacity will continue to surge along with those in renewable energy," she said. "Renewable (plants) will increase in number but the size of each unit is pretty small compared to coal and other conventional fuels.

"The demand for coal is still there. On the supply side, everyone is moving cautiously so that the supply does not grow significantly. I'm confident that the market is stabilising somewhat. For players who are competitive and efficient with high-quality coal, business is going quite well."

Meanwhile, Banpu is investing in shale gas in the United States to capture demand growth for power generation. Subsidiary Banpu North America Co (BNAC) has invested $207 million in four acquisitions in northeastern Pennsylvania with a capacity of 49 million cubic feet per day. An additional $300 million is allocated for the shale gas business, with a target to lift output to 78 million mmcfd through more acquisitions, she added.

In Mongolia, the miner is processing coal into other forms of energy, such as coal tar or other derivatives with higher value added. Targeting demand from the steel and chemical industries, Banpu is looking to enter the Chinese market for such products.

With the ongoing strategic plan, the company has gradually positioned itself as an integrated energy provider rather than the pure coal company in the past. Upstream, it has coal and gas operations focused on cleaner coal, midstream it has coal trading and logistics, while power generation is a growing downstream business.

"In the overall picture, we are an integrated energy provider. Compared to pure coal companies, we are quite unique, thanks to our sustainable strategic plan," said Ms Somruedee.

The strategy has helped Banpu to cope with the sharp decline in coal prices over the three to four years prior to this year. Despite difficult conditions, it managed to maintain its dividend payments. This year, its cash flow will rise given higher coal prices and continued support from financial institutions in every country where the company has invested.

"They look at Banpu as a company that has capability to grow firmly looking forward," said Ms Somruedee. "We have management that is capable with real experience and that is supported by strong partners in every country we go to. There are risks in every country we have invested in, but they are quite manageable.

"A recurring revenue stream from the power business helps offset the shortfall of the coal business during the latter's slowdown. That makes Banpu financially strong with the capacity to grow further."

At present, Banpu has total debts of $3.5 billion with net debt-to-equity ratio of 0.9:1 which Ms Somruedee said was quite low compared with its peers in Indonesia and Thailand.

This year, the company has targeted 20% growth in revenue to $2.26 billion (76.9 billion baht). It will update the business outlook when it releases second-quarter financial results on Wednesday.