E-commerce is one of the top five most popular activities of Thai mobile users, according to a survey by the Electronic Transactions Development Agency (ETDA). 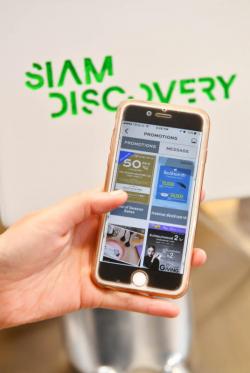 The ETDA's latest survey shows that e-commerce is one of the top five most popular activities for Thai mobile users.

"Changing consumer behaviour and e-commerce ecosystem development in the country including mobile payment platforms are key factors in the shift," she said, adding that e-commerce value this year is forecast to grow by 20%.

For years, the five most popular activities on mobile devices were communications, entertainment, gaming, online news and information searches, and e-learning and education. E-commerce replaced e-learning in the latest poll.

The e-commerce market in Thailand was valued at 2.2 trillion baht in 2014 and was projected to exceed 2.5 trillion in 2016. The 2016 figure has not been released by the ETDA yet.

"About 60% of e-commerce transactions in the country are made on the mobile platform," Mrs Surangkana said.

E-commerce is a key driver of the country's productivity as it extends accessibility to the global market. She said the government is constructing a broadband network in villages nationwide as a infrastructure backbone for Thais. It is also attempting to shift traditional merchants to online.

The growing popularity of e-commerce comes with roadblocks of fraud and illicit online content. "There are some 2,000 complaints a month at the ETDA hotline, more than half about fraudulent e-commerce cases," Mrs Surangkana said.

E-commerce rules must change in line with the innovative technology that is used, she said. The government needs to strengthen the reliability of e-commerce platforms and make flexible regulations, said Mrs Surangkana.

Meanwhile, the government is amending two draft bills related to e-commerce -- the e-commerce draft bill and the ETDA bill.

The two amended bills have passed the public hearing process and will be submitted to the Digital Economy and Society Ministry and the cabinet this month, before being proposed to the National Legislative Assembly in October. They are expected to go into effect in the first quarter of 2018.

The E-Commerce Act came into effect in 2001 and was amended in 2008 before this year's amendment. The changes are to fall in line with international trade laws.