Digital giants and the intimidation of regulators
Tech

Digital giants and the intimidation of regulators

The government has torn down the system that was supposed to regulate over-the-top (OTT) content providers like Alphabet and Facebook. The move is the latest in a string of half-measures that ultimately cowed the National Broadcasting and Telecommunications Commission (NBTC) back to step zero. 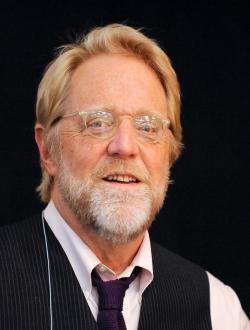 The stated reasoning behind the NBTC's flip has been the measure's lack of inclusion and potential to hinder innovation. Behind the scenes, in a confidential scene revealed early last month, a coalition of US businesses pushed the NBTC to back down from its plan to tax these entities ahead of Prime Minister Prayut Chan-o-cha's (now rescheduled) meeting with President Donald Trump.

This is neither the first nor likely the last instance of these companies asking regulators to turn a blind eye to their activities, says Jonathan Taplin, director emeritus of the USC Annenberg Innovation Lab at the University of Southern California's Annenberg School for Communication and Journalism.

Mr Taplin is also a board member of Singapore's Media Authority and author of the New York Times Editor's Choice, Move Fast and Break Things: How Facebook, Google and Amazon Cornered Culture and Undermined Democracy.

Tech giants' money, rhetoric and influence in government have allowed them to "capture" regulatory agencies that were designed to oversee them, he says.

Earlier this year, the government set up a special committee led by Col Natee Sukolrat to regulate these entities. These companies, the argument went, are essentially freeloaders, which benefit from the Thai market without paying taxes like their legacy competitors.

The commission decreed that providers doing business in Thailand should register in the country by July 22 for tax purposes or stop operating in the country. Facebook, YouTube and other major organisations were no-shows. The framework crumbled. On July 5, the whole framework was scrapped.

Having failed in his first attempt, Col Natee made an effort to pressure the companies indirectly by warning that advertisers on OTT platforms would face legal consequences. The country's largest advertisers acceded, but the decree was rolled back by the committee a few days later without much of an explanation.

A few days ago, a source confided that the government had been pressured into backing down on the regulation by the US-Asean business council (USABC), which represents 140 of the largest US corporations, including Facebook, Google, Apple and Amazon. That same source said the council gave an ultimatum to the prime minister, forcing him to end the regulatory framework before his upcoming meeting with Mr Trump. 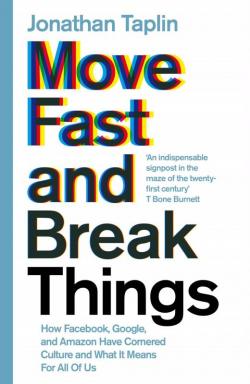 As relayed on July 4 in the Bangkok Post: "A signal was delivered by representatives of USABC through the DE [digital economy and society] minister, urging the NBTC to resolve the issue prior to the meeting between the Thai prime minister and President Trump this month."

USABC chairman Alexander Feldman, that same article went on to say, met the NBTC chairman and its management team at the NBTC office on June 22 to discuss the proposed regulatory framework. Mr Feldman also met other Thai government leaders the same day.

The head of the NBTC is expected to meet Ajit Pai, head of the Federal Communications Commission, in order to discuss the framework later in August.

Tech companies have turned into some of the most profitable enterprises "because regulators have not applied the same rules that apply to the rest of the economy", Mr Taplin says. With the excuse that politicians do not understand technology, and that any action they take will stifle innovation, these companies, worth over US$500 billion (16.6 trillion baht), have escaped regulations and derived competitive advantages in the marketplace.

In 2012, the Federal Trade Commission claimed that Google abused its monopoly position in the market by disadvantaging results of competitors like Amazon in its search ranking.

According to an FTC report released that year, Google "engaged in tactics that resulted in harm to many vertical competitors, and likely helped to entrench Google's monopoly power over search and search advertising". Google's "conduct has resulted -- and will result -- in real harm to consumers and to innovation in the online search and advertising markets".

According to a March 2015 Wall Street Journal article, the company met with senior officials in Barack Obama's administration 230 times after he took office again in 2012. According to the Journal, Google chairman Eric Schmidt was helping President Obama with voter software on the eve of his November 2012 election. A few weeks later, the article goes on to say, Mr Schmidt met with Peter Rouse, a senior political consultant to the president, and one of Google's antitrust lawyers met with one of Mr Obama's technology advisers.

Weeks after the meetings, the FTC unanimously reversed course and decided to drop investigations after Google voluntarily altered its search system.

In June 2017, the European Union fined Google $2.7 billion for the same violation. According to a press release by the European Commission, Google breached the EU's antitrust rules by "abusing its market dominance as a search engine by giving an illegal advantage to another Google product, its comparison shopping service".

According to commissioner Margrethe Vestager: "It [Google] denied other companies the chance to compete on merits and to innovate. And most importantly, it denied European consumers a genuine choice of services and the full benefits of innovation."

These companies refuse to be shackled with regulations, but they make full use of the government structures available for their advantage. As Samuel Freeman, a professor of philosophy and law at the University of Pennsylvania, says, these corporations act as if they are not subject to the laws of many countries including Thailand, but they benefit globally from the protections of copyright, patent, and other laws.

"They are free riders, willing to take advantage of the laws of any country when it benefits them, but also willing to violate the laws when they can get away with it," he says. "This in my view is really what libertarianism is all about -- it is a justification for free riding and the failure to pay one's fair share by organisations and persons with economic power who benefit from property laws and the legal protections of political systems."

Examples abound. In a June 2006 presentation sent to Larry Page, Sergey Brin and Eric Schmidt, Google senior vice-president Jonathan Rosenberg said Google "may be able to coax or force access to premium content" or "threaten a change in copyright policy".

"Government officials tend to be intimidated by Google," Mr Taplin says. "Politicians tend to think that billionaires must know something they don't, otherwise they wouldn't be so rich."

The problem is exacerbated in developing countries, he adds, where government officials think that technology is the key to their future and want these companies to spend money to create jobs and put up development centres.

"The notion that regulations will drive companies, and by extension technology, out of the country and into regional competitors is nonsense," Mr Taplin says. "These companies want to be everywhere. They want Thai users and Thai users' data. That's how they make money."

Indeed, these companies have made inroads into markets with much stricter regulations. Just last Friday, the New York Times reported that Facebook had launched a covert application in China, where Facebook is prohibited. Colourful Balloons, as the photo app was called, was registered under another company name, which did not disclose its affiliation with the social media giant.

The notion that regulators do not know enough about technology is also misguided: Silicon Valley was created by regulations, Mr Taplin says.

Silicon Valley would not be what it is today without three antitrust cases. "In the fifties, AT&T had patents for transistors, cellulars, etc, that created a whole lot of new firms, including Motorola and Intel," Mr Taplin says. "In the seventies, IBM had to unbundle software from hardware, which allowed Microsoft to create the operating system for the [personal computer]. Finally, in the late nineties, Microsoft was forced to unbundle its browser from its operating system, and that allowed Google to come in."

Historically, regulation has promoted innovation, not hindered it.

"Look, these companies are monopolies," Mr Taplin says. "Government intervention is necessary because there is no market solution to these problems."

According to StatCounter, Google controls close to 99% of the search engine market in Thailand. According to figures cited by Mr Taplin, Google has an 88% market share in search and search advertising. Facebook and all its associated companies like Instagram and WhatsApp comprise 75% of mobile social media, and Amazon has 75% of the books business in e-commerce.

"These is simply no choice," Mr Taplin says. "A company will not take on Google or Facebook head to head. It just won't happen."

Some have tried. Snapchat tried to take on Facebook with its innovative filters and story features, but the company plummeted 18% on May 10 after its second quarter report revealed lagging growth and intense competition from Facebook.

Facebook has been attempting to emulate some of Snapchat's features by including stories first into Instagram, then into its messenger platform and WhatsApp. Facebook's much larger user base and data capabilities make it an obvious choice for most advertisers.

"After Snapchat developed stories, Facebook offered to buy it for 300 million, Snapchat turned them down and Facebook said 'screw you'," Mr Taplin says.

The story repeats again and again. Just this week, Facebook revealed plans to take on the popular niche video chat app Houseparty. Facebook attempted to acquire the application in its early days but was turned down. The company is developing its own version of House Party's chat rooms, which are popular among the 25-and-under demographic.

Google's former mission statement of "don't be evil" has served as the rallying cry of these companies, which have convinced the public and regulators that they cannot engage in illegal or otherwise immoral conduct even from the vantage of such a dominant market position.

These companies are not to blame; they must be praised and learned from. The dexterity with which these corporations have manoeuvred legal systems and leveraged their political influence on a global scale in support of their shareholders' interests is probably unsurpassed in modern times.

However, as Thailand faces the intellectual and political challenge of reigning in these giants, regulators would do well to remember that however noble their purported pursuits, businesses mean business. Regulators and the public should remain conscious of the large reach of these corporations.

"People need to realise these companies are not there for their benefit," Mr Taplin says, "they are not here to make your life better despite what [Facebook co-founder Mark] Zuckerberg says. They are profit-making firms that have an interest in making money. We have to stop treating them as if they are non-profit do-gooder organisations."

As Plato wrote in his Republic, even the just follow justice only because they can't be unjust without consequences. The just and the unjust man proceed along the same path, following their interest, which all natures deem to be in their good, and are only diverted into the path of justice by the force of law.

To paraphrase Plato's brother Glaucon, when these companies can safely be unjust, they will be unjust. They would be mad if they didn't.

KABUL: The Taliban's effective ban on women working sank in on Monday, sparking rage over the dramatic loss of rights after millions of female teachers and girls were barred from secondary school education.

HONG KONG - Asian markets sank Monday on fears about contagion from a possible collapse of teetering property giant China Evergrande, while sentiment was also dragged by the Federal Reserve's plans to taper monetary policy, surging Delta infections and signs of weakness in the global recovery.