The industry minister will welcome a big delegation of Japanese firms keen on investing in the EEC.

Rayong's Map Ta Phut Industrial Estate, part of the Eastern Economic Corridor, will be among the destinations visited by the Japanese delegation next week. APICHART JINAKUL

Representatives of 600 Japanese companies will visit next week to highlight the importance of Japanese investment in Thailand, which remains a vital production base for Japan.

The biggest Japanese delegation ever is expected to lead to further investment in the Eastern Economic Corridor (EEC), which is forecast to create total investment value of more than 1.5 trillion baht over the next five years, according to Industry Minister Uttama Savanayana.

Mr Uttama said the Sept 11-13 visit will also celebrate the 130-year diplomatic relationship between Thailand and Japan, including several events to lead to further economic cooperation in the future.

"It is an important occasion for the Thai government to give Japanese investors clearer details of the EEC and emphasise the sincerity of the Thai government in pushing forward the EEC as a major mechanism to drive the economy towards the Thailand 4.0 model, with cooperation of our true friends, such as Japan," Mr Uttama said.

Japan ranked as the biggest foreign investor in Thailand in 2016, with total investment worth 79.6 billion baht from 284 investment projects.

Among the 600 companies are giants with realistic plans to operate in specific sectors in the EEC.

Hitachi Ltd has expressed interest in investing in big data analytics to provide several data services to both Thai government organisations and private firms that are expected to invest in EEC.

"It is a new data collection and provision system to be offered to those who are expected to invest in the EEC to use for their business expansion in Thailand," Mr Uttama said, referring to a data analytics process of examining large and varied data sets. 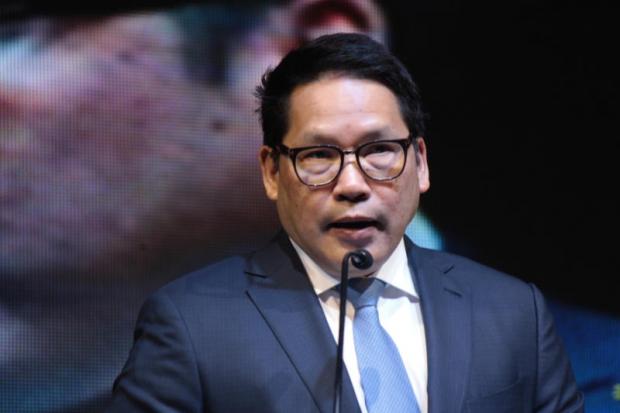 Mr Uttama said Hitachi also plans to invest in the medical sector, particularly to produce specific products to meet the rising needs of the approaching ageing society in Thailand and service existing strong demand from Japan, which is already an ageing society.

Mitsubishi also plans to invest more in electric vehicles (EVs), towards which the Thai government has been lending full support. From excise tax cuts to several promotional privileges through the Board of Investment, the government is keen to encourage car assemblers to make more EVs and nudge private energy firms to invest in EV charging stations and other facilities.

"Mitsubishi still believes that Thailand is the Detroit of Asia [in terms of automobile manufacturing] and could be developed further to be the EV hub of Asia as well," Mr Uttama said.

Another leading Japanese company planning to invest in Thailand is Ajinomoto Co, which aims to diversify from food into the biochemicals sector, he said.

"Ajinomoto wants to use plenty of bio-based raw materials in Thailand to produce added-value bio-based plastics and other bio-based products," Mr Uttama said.

Apart from investment, the visit is expected to lead to further cooperation in education to help create skilled labour to fill the shortage in the Thai labour market, which is recognised as a major problem faced by Japanese companies in Thailand, he said.

Japanese investors have voiced major concerns about the shortage of human resources over the years, which was further highlighted in a recent survey carried out by the Japanese External Trade Organisation office in Bangkok, particularly the shortage of engineers.

Mr Uttama said the Industry Ministry will work closely with Japan's Ministry of Economy, Trade and Investment to bring in experts, lecturers and know-how to train Thai workers to serve the rising demand for skilled labour, particularly in the EEC.

"We will be working with Thai vocational institutes to create training courses that will coordinate with Japanese specialists to help produce more engineers, as well as other skilled professions to match demand in the future," Mr Uttama said.

Major Thai companies such as PTT Plc, Siam Cement Group and Charoen Pokphand Foods Plc will take part in business matching events to be held during the visit, which is expected to lead to further joint investments.