The New Koreans: Portrait of pride, prosperity and defiance
Business

The New Koreans: Portrait of pride, prosperity and defiance

"If you didn't know who he was, he just seemed like an old Korean gent," says Michael Breen. "He was polite, humorous, diplomatic. But because we knew who he was …"

The Seoul-based author pauses to reflect on his encounter with the former leader of North Korea, Kim Il-sung, at a banquet in Pyongyang.

Along with a selection of diplomats, government officials and the then president of Egypt, the group was treated to Pyongyang's finest spread, in the company of the "holy leader", who was to die three months later. Mr Breen stood back at one moment to take some photos. "Somehow, I don't know what happened to the pictures, but I never saw them," he tells Asia Focus.

Mr Breen has been living and working in Seoul for 35 years. Initially working as a journalist for foreign newspapers, he has since moved into public relations while continuing to write a column for The Korea Times. Alongside these endeavours, he has written biographies of Unification Church leader Sun Myung Moon and Kim Jong-il. In 2011, he was made an honorary citizen of Seoul, and his most recent book, The New Koreans, was released this past spring.

"The New Koreans began as an update (to The Koreans, published in 2004) but turned into a whole new book," explains Mr Breen. It paints a portrait of the nation through its people and mindset while reflecting on where it is now and attempting to answer where it is going.

Mr Breen, now 64, describes his arrival in Seoul in 1982 and subsequent decision to start working there as almost accidental. "It was a stop on the way to Hong Kong, I was aiming to get to Hong Kong," he says. "For the first three weeks I was in a hotel, put up there by the conference I was covering. ... But I didn't unpack my suitcase for a few months and figuratively, I didn't unpack it for three or four years."

One of the reasons for the longer stay was his interest in compiling a book on the early life of Sun Myung Moon, the charismatic North Korean-born founder of the Unification Church and whose New World Communications founded and owned The Washington Times. "I felt his early life as a subject of myth, his past romanticised. So I decided to find primary sources about his life. It turned to be quite a gripping yarn."

The New Koreans, however, rather than being about any one individual, is more a biography of a nation and where it finds itself today. Mr Breen still marvels at the rapid economic and political advances that have taken place since the Korean War left the country almost as destitute as Haiti.

"It managed 5% GNP growth for five decades in a row. You can imagine, cumulatively, how much that transforms a place. It transformed an entire society and the country has benefited from it." 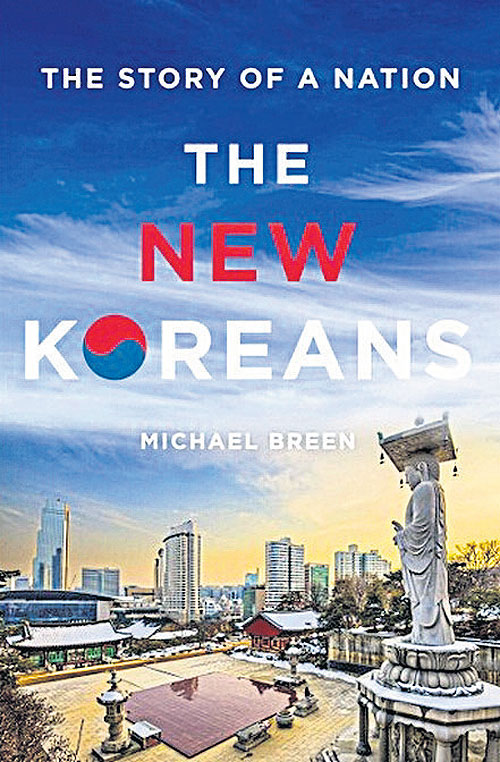 “The struggle between political factions is, normally in Asian politics, contained within one party and then that party rules forever. The Koreans are too fractious for that, they have an almost Italian-like nature”

Echoing the American political scientist Seymour Martin Lipset who sees economic development as a requisite for the growth of democracy, Mr Breen uses his book to illustrate the theory in action in South Korea.

"The impact of it is such that, once people started earning money and making choices in their own lives, they became aware of, and annoyed at, the propaganda in newspapers," he explains. This rapid economic development "naturally led to a desire for greater political choices".

In The New Koreans, he compares the body politic of South Korea to a drunken man walking down the street, lurching sporadically from left to right, but generally in a forward direction. "The struggle between political factions is, normally in Asian politics, contained within one party and then that party rules forever. The Koreans are too fractious for that, they have an almost Italian-like nature.

"In the last six elections, half of them have been won by the opposing party."

Democracy in South Korea is now 30 years old, but it is still a work in progress and the country's institutions need to be stronger, in his view. "There remains this idea, that because democracy came about through protest, that the interpretation is that the protester on the street rules."

The New Koreans argues that the political institutions of South Korea, when there is a vocal enough body of protesters, tend to bend to the will of the people, rather than adhering to the rule of law. "If you want to be polite it is majority rule. If you want to be impolite it's mob rule."

Mr Breen does, however, believe this to be a characteristic of a transitional democracy, one that is well on its way to maturity and where citizens' expectations of government are extremely high.

"You couldn't have a government that sits back, twiddles its thumbs and does nothing," he says. "There is enormous expectation now."

One key theme running through the book is the South Korean trait of defiance, and how it is manifested in the political sphere. In attempting to explain the force that has driven such dramatic economic and political change, Mr Breen recalls a conversation with a Korean friend who visited Indonesia in the 1970s. "He was astonished about how uninterested the Indonesians in government were about helping their country and countrymen develop. He was gobsmacked."

It was defiance, the author argues, that was the driving force behind South Korean advancement. "I characterise it as defiance as the Koreans have a proud background. But it was defiance of everything around them: of history, of what the world thought they were, of the North Koreans across the border. They harnessed that defiance and put it to work."