The former Australian Embassy is seen across the street in this March 28 file photo. Supalai Plc has won the bid to buy the plot for 46 billion baht, its chairman said on Monday. (Photo by Somchai Poomlard)

Supalai Plc has won the bid to buy the eight-rai prime site on Bangkok’s Sathorn Road where the Australian Embassy was previously located for 4.6 billion baht, according to its chairman.

At this price, the property developer valued the plot, totalling seven rai and 382 square wah, at 1.45 million baht a sq w. It is 70m wide and 180m deep, with an exit to Suan Phlu Road in the back.

The Australian Embassy followed in the footsteps of the French, who sold a 3.5-rai plot of their embassy on the same road to Hong Kong-based investor HKR International Ltd at 800,000 baht per sq w in 2011. Two years later, HKR International sold the plot to the owner of the skincare and cosmetics producer Smooth-E Co for 1.2 million baht per sq w, a capital gain of 50% in two years. The plot was again put up for sale at 1.6 million baht per sq w, but has yet to find a taker.

Elsewhere, the British Embassy sold a nine-rai site on Phloenchit Road for 950,000 baht per sq w to the Central Group in 2007, a record at the time.

The most expensive land deal on record to date was 2 million baht per sq w for a 1.5-rai plot on Sukhumvit Soi 24 paid by Proud Residences, a condominium developer, in 2013.

“We have started work on the green design focusing on the conservation of energy, nature and the environment. We will preserve some of the large trees already on the land and will apply innovation and creativity to the project,” he said.

The SET-listed developer is convinced the purchase would sustain Supalai’s sales and revenue growth in a range between 15% and 20% over the next several years.

“The project will also give us a high-end product in the heart of the capital to meet customers’ demand and earn more rental incomes. Its sales should open in the latter half of 2018,” he said.

After 40 years, the Australian Embassy moved to its new home on Witthayu Road on July 31.

Also on Monday, the company announced it had sold its 40% stake in Petron Megaplaza, an office building in the Philippines, for 1.6 billion pesos (1 billion baht), representing a 19.7% economic internal rate of return over 50 months.

Its holding comprised six stories of office space covering 19,686 sq m and 196 parking places in the project. Sky Megaplaza Properties Inc, one of Arch Capital’s subsidiaries, was the buyer.

Supalai shares (SPALI) fell 13.58% to 22.90 baht on the Stock Exchange of Thailand in trade worth 1 billion baht on Monday. 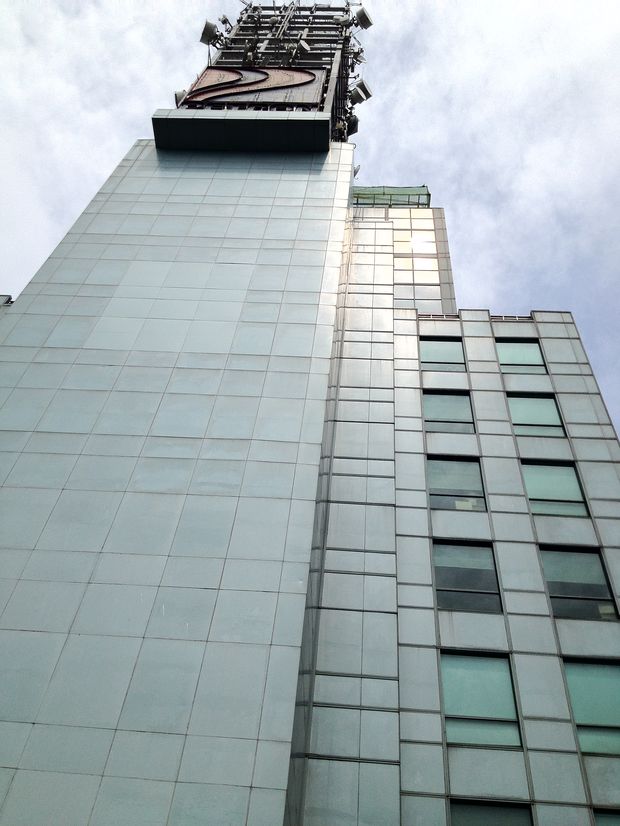 Supalai says on Monday it has sold its 40% stake in Petron Megaplaza, an office building in the Philippines, for 1.6 billion pesos (1 billion baht). (Photo supplied by Supalai Plc)

Calls mount to speed up NBTC board appointment