Low cost of funds, favourable demographics and growing consumption trends across the region are factors that will continue to boost cross-border mergers and acquisitions (M&A) activity in the region, says Michael Niederberger, head of corporate finance and M&A for ING in Asia. 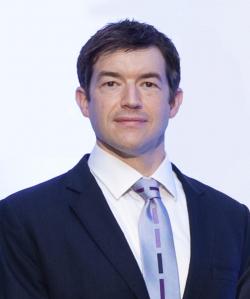 After record activity last year, growth has somewhat tempered this year, he said, although the outlook remains promising.

"Over the last couple of years, Thailand has been the most active in Southeast Asia [for M&A]," Mr Niederberger said, both as a target for investment and as acquirers. "We're seeing cash-rich companies and Thai conglomerates make acquisitions, not only in Southeast Asia but globally. And the conglomerates are increasingly transforming into multinational organisations."

Mr Niederberger, recently in Bangkok to address a joint symposium on M&A with TMB Bank, said that in some sectors the maturity of the investment market is pushing local companies to look abroad.

"Companies are looking to acquire R&D, intellectual property, technology, and skills and services that cater to increasing demand from the domestic consumer and the rising middle class," he said.

Stephen Briones, country manager for ING in Thailand, echoed the sentiment, saying the level of interest among Thai companies looking to expand overseas had grown significantly over the past decade.

"A lot of these companies, especially in Thailand, are commodity-based. What happens is they want to diversify their revenue base," Mr Briones said, pointing to firms in the power, energy, food and agribusiness sectors. "Ten years ago, not so much. They were still building up market share. But now, some are saying with a big market share, they are too exposed to the ups and downs of commodity prices, so they want to get into more supplier value-added."

"A lot of these companies might have business development teams of 30 or 40 people just scouring around looking for deals," he said. "The level of sophistication has gone up."

Mr Niederberger agreed, saying it was a trend mirrored across the region as the amount of cross-border activity has risen significantly in recent years.

"Companies know how to navigate deals and what the international standards are," he said. "One noteworthy change is buyers are articulating up front what sellers have concerns about. And that can be communicating your internal decision-making approval process, if there are regulatory approvals needed or the timetable for a deal. There's a proactive strategy taken today that wasn't necessarily present 10 years ago."

"With our cross-border experience … we want to see how we can help bring [TMB corporate clients] up to a regional, or even global, playing field," he said. ING holds a 25% stake in TMB Bank.

Mr Niederberger said ING's strengths for clients are its geographic expertise in Europe and Asia, deep insights in core sectors and strong commitment to clients.

"Where a partnership works … you need a team of bankers that know the client and know the target destination," he said. "If a Thai client was acquiring a business in Indonesia, we would bring in our team in Jakarta and our regional hub in Singapore to support that effort."

Mr Niederberger said ING's philosophy is not to "be everything for everyone".

"Are we the right bank for you? That cuts across the industry groups that we know very well," he said, sectors that include power, infrastructure, telecommunications, and oil and gas.

Mr Niederberger, who joined ING in 2015 after previous investment banking positions at Daiwa Capital Markets, Royal Bank of Scotland and JPMorgan, said clear communications were a crucial component of any successful transaction.

"Communicating expectations is really foremost," he said. "Often we will see deals break down because there has been a misunderstanding, particularly in a cross-border setting, where you are dealing with different cultures, maybe language barriers and different nuances in deal-making."

Mr Niederberger said that for himself and ING, building relationships with clients through the "ups and downs of the deal" is an intensive, personal process that can take years.

"If we do a good job, then they'll think of us for the next time," he said.