Regional firms say Asean will remain focus of their investment

Large companies say Asean will be a stronghold of their business for decades, serving as a key region for investment and revenue generation.

Speaking at the "Asean@50: In Retrospect" forum held on Thursday by the Bangkok Post, the head of Thailand's biggest coal miner, SET-listed Banpu Plc, said the company has been investing in Asean for more than 30 years, mostly in coal mining and trading in Indonesia. 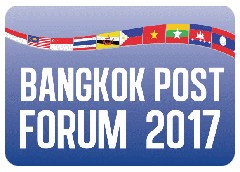 "Asean will remain our stronghold, and we will also develop technology and innovation in order to consume resources efficiently and create added value on it," she said. "We are preparing high technology to produce good quality coal, as well as to help preserve the environment."

Banpu is in talks with industry peers in Indonesia on possible mergers and acquisitions in order to increase long-term coal reserves.

The negotiations are part of a plan to acquire coal mines near Banpu's existing Bharinto and Trubaindo operations in Kalimantan, Borneo.

Another subsidiary, Banpu Infinergy Co, has started operations with registered capital of 625 million baht as a midstream renewable arm to supply solar rooftops to several businesses, including factories, petrol stations and offices.

A panel discussion on business beyond borders at the Bangkok Post Forum. (Video by Jetjaras Na Ranong)

PTT Exploration and Production Plc (PTTEP), the only SET-listed upstream oil business, is counting on a strategy of continued focus in Asean, with more investment in new exploration and production (E&P) to help secure Thailand's energy demand and strengthen the region at the same time.

President and chief executive Somporn Vongvuthipornchai said PTTEP has been investing for 25 years and has about 10 projects around the world.

He said most of those projects are in Asean, generating up to 90% of annual revenue.

"That has led us to still focus on Asean, particularly in our neighbouring countries," Mr Somporn said.

He said PTTEP started its foreign operations in Myanmar, which boasts abundant oil and gas resources. The country has become a major investment area for PTTEP.

Mr Somporn said the company is seeking new E&P technologies to help increase accuracy in exploration and efficiency of resources.

Anthony Tan, co-founder and chief executive of Grab, a ride-hailing platform headquartered in Singapore, said localising and adapting services to serve real demand in each market is the key to success in driving businesses beyond borders.

As a tech startup, Grab realised that traffic congestion was a shared problem of cities across Asean, especially Bangkok.

GrabTaxi was officially launched to the public in Malaysia in 2012, before expanding to the Philippines a year later, followed by Singapore and Thailand in the same year, and then Ho Chi Minh City and Jakarta in 2014.

Although Grab's business plan was seen as an Uber-like service at first, Mr Tan said the company has introduced services tailored to the local culture and behaviour of each market.

Localisation is also why Grab launched the GrabBike service in Ho Chi Minh City and Bangkok, while the Grab service for three-wheeler drivers is exclusive to Manila.

In addition, the organisational culture of the company's operations in each country helps to increase the success of doing business across varied markets.

Mr Tan said there should not be any gap or difference for staff among office operations, nor any priority for a specific group.

The company expects the business ecosystem in the next decade to gain from multiple transport systems and platforms for payment.

For car transport, Mr Tan said ride-sharing will be widespread in every big city and passengers will gain an efficient means of transport.

As of June 2017, drivers registered in Grab's network numbered more than 1,000,000 and the Grab mobile app had attained 454 million downloads across Southeast Asia.