Thailand will seek to reaffirm its position as a top-tier gastronomy destination in Asia after the launch of its Michelin Guide next week.

Yutthasak Supasorn, governor of the Tourism Authority of Thailand (TAT), said the agency aims to increase income from the gastronomy business from 20% of total tourism income forecast for 2017 to 25% in 2018.

This year, the TAT aims for 2.77 trillion baht in tourism revenue, 20% of which is projected to come from gastronomy.

In 2018, tourism revenue is expected to climb to 3 trillion baht, with gastronomy accounting for 750 billion.

"The TAT will heavily promote gastronomy tourism as well as street food [especially in Bangkok] next year," Mr Yuthasak said. "Local food will be one of our core tourism products in the coming year. The TAT aims to push the country to become a destination for gastronomy in Asia." 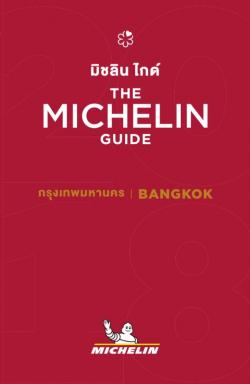 The TAT earlier approved a budget of 144 million baht to enable global food certification firm Michelin Guide to rate establishments in Thailand during 2017-21.

The TAT and Michelin are scheduled to launch the guidebook on Dec 6.

"The first-ever Michelin guidebook [for Thailand] will help strengthen the country's competitiveness as restaurants will get international certification," Mr Yuthasak said. "I hope that many street food shops in Bangkok and other major destinations will be recognised by Michelin."

Thailand ranks 29th in the world in terms of certified food vendors. The country is sixth in Asia and second in Southeast Asia after Singapore.

In June, CNN named Bangkok the top global destination for street food, citing a wide variety of local foods available around the clock.

Data from the Tourism and Sports Ministry shows that Chinese, Russian, British, Malaysian and American tourists are the top five spenders on food in Thailand.

International tourist arrivals in the third quarter this year totalled 8.8 million, representing growth of 6% over last year and a record for a third quarter.

More than 28.8 million tourists made their way to Thailand from January to October, a 6.7% year-on-year increase.

Phuket to reopen as planned