Pimol Srivikorn was compelled to put his varied interests on hold after being called to action at carpet giant TCMC.

A versatile businessman whose interests span motorbikes, politics and martial arts, Pimol Srivikorn was forced to leave a slew of passions and positions by the wayside to help keep the family business on solid ground.

Mr Pimol was placed at the helm of the family's oldest business, carpet making, which he aims to not just strengthen, but expand and develop to lend support to the core enterprise.

"Carpets are at the heart of our family business and the oldest part of it, which we've been running for 50 years," Mr Pimol says.

Carpets, in fact, have proved so valuable that he has been forced to abandon several positions, including member of parliament, a seat on the board of directors at the Srivikorn School, and a seat on the board of directors of the Thai Rak Thai Party, which famously won a landslide victory in the 2001 general election that led to Thaksin Shinawatra becoming prime minister for the first time. 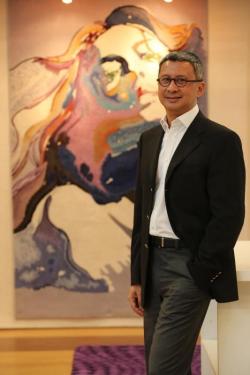 Mr Pimol is the first child of the Srivikorn family, which has decades of experience in carpet making.

Mr Pimol, who turned 53 in April, is chairman of TCMC Corporation Plc, which makes and sells several types of premium-grade carpets in Thailand and around the world.

"As I am the first child, I was tasked by my parents many years ago with taking care of the carpet business," he says. "There was a lot of pressure associated with assuming this job. But I've learned to carry on with a good risk management approach."

Mr Pimol set a policy to expand the business not only by selling more runners, but also by seeking out revenue from carpet-related business through mergers and acquisitions (M&A).

"For me, I've chosen to expand the business by investing in something that we can further develop on the back of our existing operations, he says.

Founded in 1967, TCMC makes several types of carpet with modern machinery in a massive factory on a plot spanning 47,000 square metres. The company employs 1,000 people, whose expertise ranges across every aspect of the carpet business.

The company sells carpets under the Thai Ping brand for the domestic market, while its Royal Thai brand is exported.

Mr Pimol says the company is in talks to acquire the business of Hong Kong-based Thai Ping Carpets International Ltd. The deal is worth 3.1 billion baht.

The acquisition would make TCMC one of the world's leading carpet makers, helping provide opportunities for the company to expand and diversify its business globally.

Thai Ping Carpets International has many clients in the US, Britain, Hong Kong, Singapore and India, markets that can all help boost revenue for TCMC.

Mr Pimol says he plans on rebranding after the acquisition by dropping the Thai Ping name, which has been in use for half a century, leaving only Royal Thai and Carpets Inter for both the domestic and international markets.

Some 55% of the company's total revenue comes from exports.

Most of the company's carpets are for high-end clients, including the owners of yachts, luxury hotels, big buildings and palaces.

With the expansion plans, Mr Pimol says he expects the company to earn more than 7.4 billion baht in revenue this year, while total revenue is optimistically forecast to surge to 10 billion baht in 2018.

Since carpets normally go together with luxury furniture, Mr Pimol also plans to acquire two furniture companies, DM Midlands Limited (DMM), which is the second-biggest furniture maker in England, and Alstons, another large furniture house there.

"This could make TCMC the biggest furniture maker in England," Mr Pimol says, and help the group reach next year's 10-billion-baht target.

Moreover, the company plans to list those businesses in Britain, aiming to raise funds to pay debts as well as expand further.

Mr Pimol says he is also seeking out other M&A opportunities, which can be developed alongside the core business.

"M&A is a good strategy to help our company generate greater revenue," he says. "But we will have to think carefully about any business we are about to acquire; whether it can be developed further with our existing business." 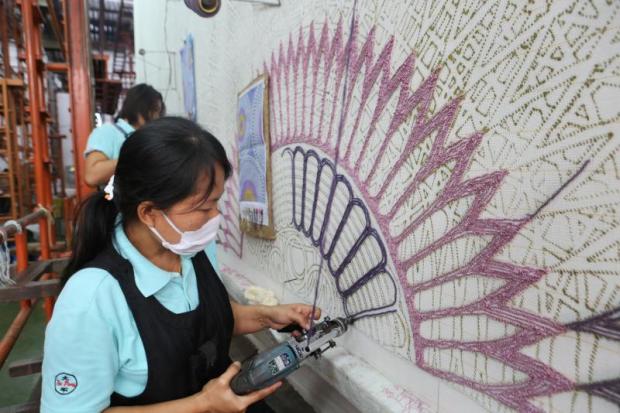 TCMC will mainly focus on acquiring businesses in Europe and the US.

The passing of the helm of the family business to Mr Pimol has, admittedly, been a large source of stress, something he seeks to assuage with another one of his passions: motorbikes.

And apart from being a mode of transport and a hobby, they have provided a business opportunity for Mr Pimol, who sits at the helm of Scomadi, an importer of scooters from England to be sold in the home market.

He is also the only authorised dealer to distribute the scooters in Asean and the Middle East.

"I think people should do something that they love to do," Mr Pimol says. "That will give them joy, and they will not think of working as a burden at all."