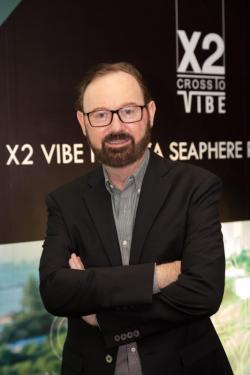 Anthony McDonald, founder and chief executive, said the group plans to operate five hotels in Vietnam, starting in Hoi An in 2018. The other four will be decided upon later, with an eye more on Hoi An along with Ho Chi Minh City and Viet Tri.

In Indonesia, the group will begin to operate its first hotel in Bali next year. Three more hotels are scheduled to be added later to the group on two islands: Lombok and Sumbawa.

BHMA announced yesterday it joined forces with Habitat Group Co to manage a hotel in Na Jomtien near Pattaya, in Chon Buri province.

The hotel is designed to appeal to X2 Vibe's target market of Generation Z and millennial travellers, featuring contemporary architecture, stylish amenities, smart technology and a chilled out vibe.

"With our great location on the beach the hotel is just a short distance from many attractions, such as the Cartoon Network Amazone Waterpark, Underwater World Pattaya, Pattaya Floating Market, Nong Nooch Garden, Buddha Mountain, beachfront seafood restaurants, and more.

During the introductory period, X2 Vibe Pattaya Seaphere Residence is offering special rates starting from 2,600 baht per room per night.