Focus on quality urged for tourism

Authorities call for overhauling the fundamentals to keep the industry rolling.

Proactive strategies are needed to build up Thai tourism fundamentals in 2018 as authorities continue their efforts to make the country a quality destination.

Both the Tourism and Sports Ministry and the Tourism Authority of Thailand (TAT) have reiterated that their focus is more on quality tourists than quantity, but they also aim to receive 35 million tourists in 2018, up from 34 million in 2017.

This raises the question of how to shift its reputation from a cheap destination to a quality leisure location as the tourism fundamentals in the country need an overhaul. 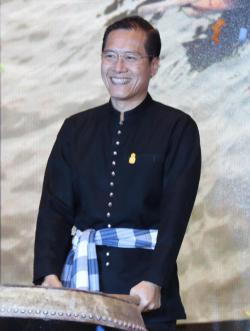 Mr Weerasak plans to use a committee to deal with persistent tourism obstacles.

In a bid to strengthen tourism, Weerasak Kowsurat, the Tourism and Sports Minister, has pledged to repair the country's tourism fundamentals, saying he will soon establish a new tourism committee to solve problems in the industry. He also wants to work with other government bodies to improve logistics and transport problems, airports and public toilets.

The ministry will encourage business operators to develop and use online platforms for promoting their products as well as employing new marketing tools to meet modern tourists' demands.

The organisation also plans to ask entrepreneurs to make local products and put them on sale to attract visitors to their communities.

Mr Weerasak recently met with tourism business leaders, saying he is committed to improving three areas in 2018. His first priority is to compile a list of attractions waning in popularity or in need of upgrades nationwide. The ministry will then look into how to give those sites a shot in the arm.

The second priority is improving human resources in the country, as the ministry says people need to have a better understanding of the tourism industry. To ease this problem, the ministry will work with educational institutions to provide training courses and also to create curriculum specifically catered to enhancing the industry.

The final priority is to establish a tourism clinic, which will provide consultancy services to business organisations and entrepreneurs. 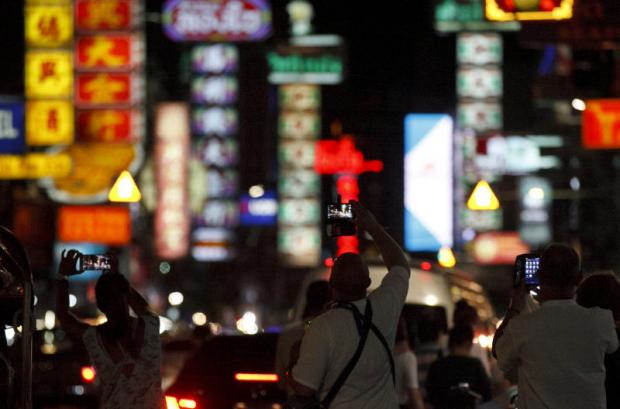 Yutthasak Supasorn, governor of the Tourism Authority of Thailand (TAT), said there are plans to open a new office in Toronto, Canada next February and appoint 4-5 marketing representative offices in mainland China in the coming year to supplement the five existing ones there.

"China is an important market for Thai tourism. We still have to work hard with Chinese authorities to improve market quality along with easing problems from zero-dollar tours that have affected Thai tourism for years," said Mr Yutthasak.

The move is part of measures to cope with the China market, which is set to remain the largest source market for international arrivals. Visitors from China are predicted to reach 12 million annually in the next 2-3 years.

The agency is also hoping to open its first office in South America in response to rapid growth in arrivals from the region, especially from Brazil, Chile and Colombia. 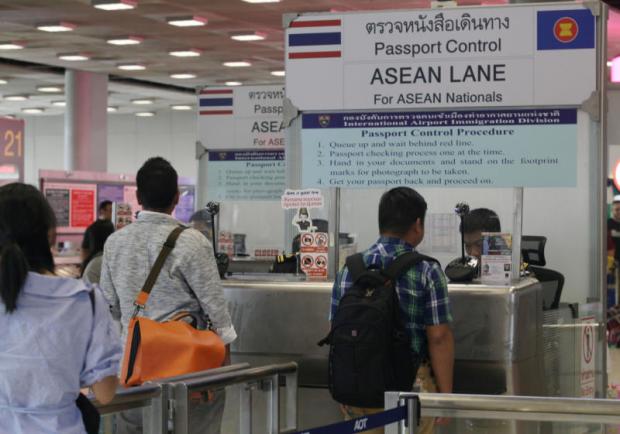 Congestion at airport immigration counters is one major problem for the industry. APICHIT JINAKUL

Ittirit Kinglake, president of the Tourism Council of Thailand (TCT), said the industry will continue to grow, but the body strongly urged the government to improve tourism infrastructure, including major airports in Phuket, Krabi and Chiang Mai, to offer visitors better convenience and services and to cope with increased numbers of domestic and international travellers.

He said many tourists from China and India don't want to wait for as long as 10 days to receive visas at home. Rather, they apply for visas on arrival, leaving them stuck in long queues because of a shortage of immigration officers.

The TCT also advised authorities to improve all modes of transport and site accessibility, not only air and road links between the capital and provinces, but also at attractions in remote areas.

The council recommended the government and business organisations invest in developing IT and online platforms to provide tourists real-time travel data as most international visitors use mobile phones.

While many Southeast Asian countries are ramping up efforts to attract more visitors, the TCT said Thailand will remain a popular destination for foreign visitors because of the myriad attractions on offer.

The council estimates 37.2-37.9 million visitors will come to Thailand in 2018. Foreign tourists are expected to generate 2.12-2.16 trillion baht for the coming year. 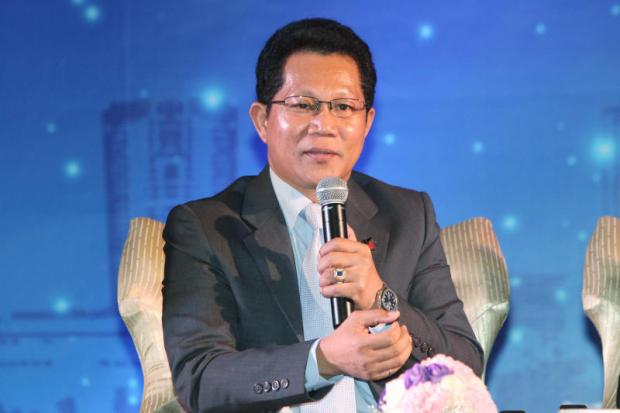 The International Civil Aviation Organization's removal of the red flag warning for Thailand in October 2017 will also allow air connectivity to Thailand to grow. That has prompted national tourism organisations and the private sector to launch marketing campaigns and activities to stimulate travel both domestically and internationally.

The World Travel and Tourism Council reported Asian cities will be at forefront of tourism growth over the next 10 years.

With average annual growth of 5.8%, Asia-Pacific outpaces the average global growth rate of 4%, with the Chinese market playing an outsized role.

China's outbound market is key for cities in the region such as Tokyo and Bangkok.

But the council said domestic tourism may not record impressive growth during the first quarter of 2018, with a 4.6% year-on-year decline forecast.

Supawan Tanomkieatipum, president of the Thai Hotels Association (THA), said the hotel sector will continue to work with the ministry in promoting and reinforcing tourism. While the THA is aiming for continual tourism growth, some issues need to be tackled.

The association said one lingering problem is non-registered or illegal hotels. The THA and the private sector will urge the government to crack down on illegal hotel operations to improve the tourism and hospitality industries.

Mr Weerasak said the ministry has debuted a national tourism campaign for 2018 under the theme, "Open to the New Shades of Thailand". The campaign was created to promote the unique attributes of the country and the hospitality of Thais in welcoming visitors from around the world.

Under the new campaign, the ministry aims to penetrate some emerging segments such as sports, gastronomy, maritime, wedding and honeymoons, medical and wellness and community-based tourism. Female travellers, families and young people are also going to be a focus.

The ministry and TAT aim to increase the number of foreign visitors to 40 million over the next 4-6 years.

Overall tourism revenue from the domestic and international markets is expected to increase from 2.7 trillion baht in 2017 to 3 trillion in 2018.

Thailand is also looking to persuade neighbouring countries to launch their own tourism campaigns or organise big events to attract both tourists and new investors, generating more revenue and providing a push to the regional economy.

Laotian tourism authorities will work with the public and private sector in Thailand to promote and develop cross-border tourism, connectivity and cultural routes between Luang Prabang and Vientiane with the North and Northeast of Thailand, as well as in Myanmar and southern China.

In November, Cambodia organised "Cambodia Travel Mart 2017", a tourism business forum between companies, operators and experts in the industry in Siem Reap. The event attracted 500 companies and agencies.

During the first four months of 2017, there were 1.91 million international visitors to Cambodia, up from 1.71 million in the same period the previous year.

The country expects to attract 5.5 million visitors in 2017, up from 5 million in the previous year.

Meanwhile, the Singapore Tourism Board (STB) has launched its own "Passion Made Possible" campaign, which is intended to help Singaporean entrepreneurs expand their businesses abroad.

The government is aiming to re-enrol all children who had dropped out of school by September, Education Minister Trinuch Thienthong said on Sunday.

The market for pla ra sauce is booming as several entrepreneurs try their hand at the Isan speciality.