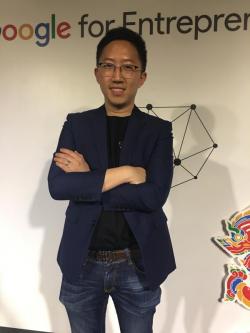 More merger and acquisition (M&A) deals are expected this year, among both big and small startups, in Southeast Asia. Corporations are more likely to acquire local startups to create innovative products, said Amarit Charoenphan, group chief executive and co-founder of Hubba, a co-working space and founder of TechSauce.com.

"The startup industry in Thailand continues to grow, but some of those companies need to work with corporations to better understand challenges in the real sector and be able to access their potential customers," he said.

In the past two years, a number of local startups could not scale up, as only a handful raised Series B funding.

Mr Amarit said this year will see more Asean startups from Indonesia and Vietnam entering Thailand through the M&A model as they receive enough funding to scale up.

Local startups are being encouraged by government support, and Thailand is promising as overall costs for startups is low relative to Singapore.

By the first quarter of this year, he said there will be mergers among local startups in order to compete with strong rivals. For example, point-of-sales software providers for food and restaurants will merge with accounting programmes to provide complete solutions, with lower marketing costs.

More corporate venture capital firms are eyeing to invest or offer financial and legal advice to the growing number of startups bringing innovative products to the market.

According to TechSauce's Thailand startup ecosystem report in 2017, total investment in startups in Thailand was worth around US$105.5 million (3.37 billion baht), the highest value since 2011. The highest investment was aCommerce's Series B funding, which raised $65 million, followed by Pomelo Thailand at $19 million.

In 2017, there were 12 venture capital firms founded in Thailand, compared with only three in 2016.

"We believe Thailand has the largest number of venture capital firms in Southeast Asia, with a combined value of 8 billion baht in one year," he said. Mr Amarit believes this year these firms will create a big impact.

DTAC Accelerate has 34 startups in its portfolio, with a valuation of 3.5 billion baht. This month, one fintech startup will exit through an M&A.

Krating Poonpol, a venture partner of 500 TukTuks, a US-based venture capital firm under 500 Startups, said local startups, logistics and fintech in particular, keep growing due to the growth of e-commmerce and e-payment.

Startups that have made revenue and gained customers over the past two years are capable of attracting Series A and B funding.

Koichi Saito, founder of KKFund, a Singapore-based venture capital with $20 million fund, said the company is interested in Southeast Asia, and it mostly invests in the seed round, with early-stage startups mainly in online marketplaces, property, finance, entertainment, logistics and digital media.

"In the past 2.5 years, KKFund invested some 20 projects, including Giztix, Eventpop, Zmyhome in Thailand, with another deal coming soon," said Mr Saito. 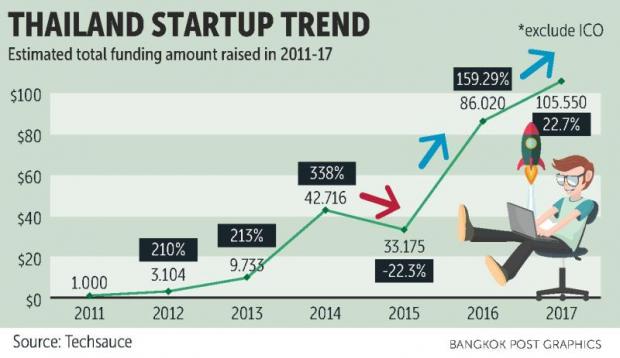